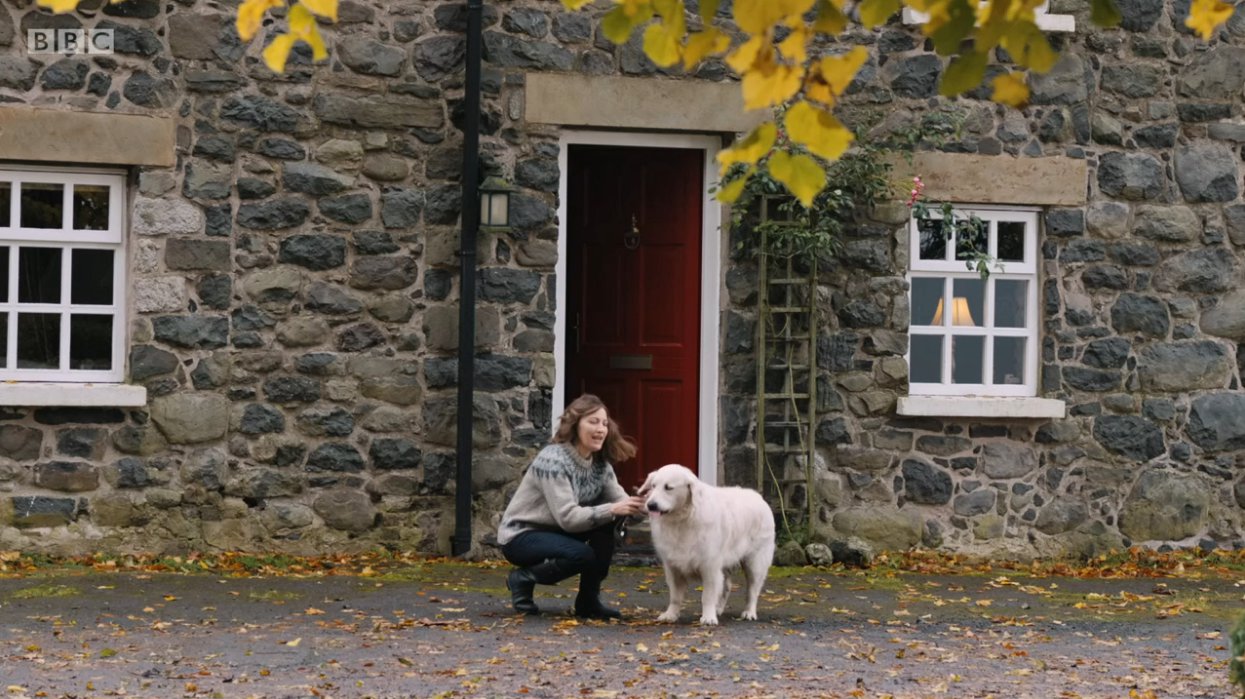 *Warning: This article contains spoilers for Line of Duty*

The Line of Duty finale might not have won everyone over at the weekend, but there’s one thing everyone seems to have agreed on – that Jo Davidson’s new lifestyle after entering witness relocation looks pretty dreamy.

The character, played by Kelly Macdonald, finally managed to escape the clutches of the Organised Crime Group (OCG) in the last episode of series six.

After being under the control of her uncle and father Tommy Hunter and forced to act as a go-between for the (OCG) during her time in the police, Jo was deemed to have been coerced and was freed from prison.

The closing scenes on Sunday saw her stepping out from a charming cottage in the country, with a fluffy dog and a new girlfriend by her side.

After decades of mistreatment at the hands of criminals, it looked like a pretty ideal set up – and viewers joked about wanting to sign up for witness protection themselves.

They also compared it to the programmes offered to Gill Biggeloe (Polly Walker) and Lindsay Denton (Keeley Hawes), which seem pretty unglamorous by comparison.

Looking at my mortgage on a tiny 1 bed in london and strongly considering a move to witness protection #LineOfDuty pic.twitter.com/BVjnfNovom

RAISE YOUR HAND IF YOU THOUGHT THIS WAS GONNA BE KATE FLEMING LIVING WITH JO DAVIDSON IN WITNESS PROTECTION..#LineOfDuty pic.twitter.com/QEzGMzgOKn

Gill Biggeloe when she hears about how nice Jo Davidsonâs witness protection set up is compared to hers… #LineOfDuty pic.twitter.com/WCEZ2Dguby

The witness protection program looks cracking. Lovely stone cottage in the country and a gorgeous dog thrown in. Where do I sign up? #LineOfDuty

Line of Duty producers frantically applying for Witness Protection after the reaction to the finale #LineOfDuty #LineofDutyFinale pic.twitter.com/MSrYtvbrrx

Anyone else want to be put into witness protection after seeing Jo’s house? #LineOfDuty

The real life cottage used to film the show has now been found online by fans, with viewers looking to book their own staycations after being inspired by the episode.

Meanwhile, Line of Duty viewers have been consoled online by Dexter and Game of Thrones fans after being left underwhelmed by Sunday’s instalment.

The show’s creator Jed Mercurio has also given his reaction, saying he knew the last episode ‘wouldn’t appeal to everyone’.