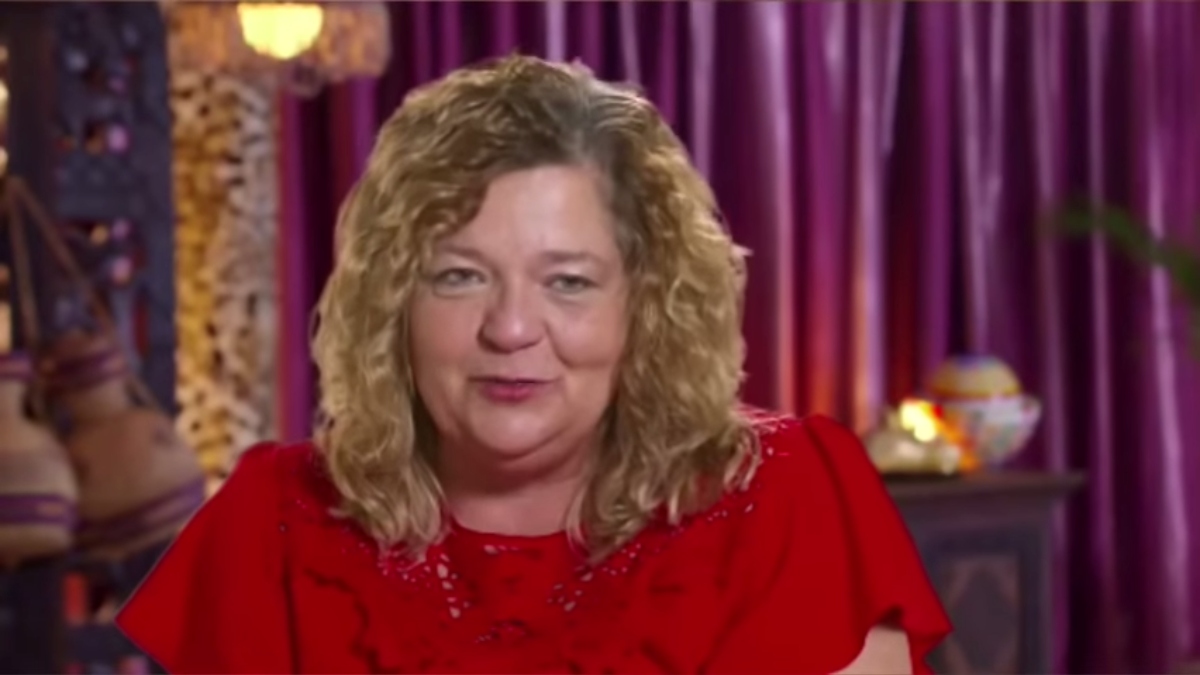 Lisa Hamme of 90 Day Fiance: Before the 90 Days is no stranger to controversy.

The brash 52-year-old was reportedly fired from TLC for calling her husband Usman Umar the n-word. She’s also been accused of stealing $26,000 of Usman’s money and threatening to commit suicide if Usman left her.

Lisa has denied the shocking claims, but that doesn’t mean that she’s good with Usman, her soon-to-be ex. Earlier today, Lisa took to Instagram to celebrate what would’ve been her first wedding anniversary in a very unusual way.

In a video Lisa posted to Instagram, she showed herself setting her wedding dress on fire. “A gift for him on Our 1st Anniversary!!!! #onestrongwoman” she captioned the post.

Fans reacted to Lisa’s rather dramatic video in various ways.

“i’m sure he doesn’t care baby girl,” one commented.

“There goes $40 of your hard earned money!!!” wrote another.

Some fans, however, seemed to be on Lisa’s side. “Glad your finally at peace,” a third follower commented.

Others were just concerned about safety. The dress was fully engulfed in flames very shortly after Lisa lit it- it seemed to burn unnaturally quickly. “Why is the dress so flammable?” wrote one worried fan.

This is actually the second time Lisa has used her wedding dress as a prop in an Instagram video. Two weeks ago, she posted another video of herself throwing it in the trash while lip-synching to the words “you think I’m dramatic.”

It appears the divorce isn’t finalized

Despite Lisa clearly being over the marriage, it seems her divorce from Usman isn’t finalized.

On her “you think I’m dramatic” video, Lisa wrote, “I’m still waiting & ready to sign…” On the dress-burning video, she added the words “Send me my divorce papers! Thank You!”

Lisa has also said that she’s moved on with another man, although she hasn’t given fans many details about him yet.

Usman has also apparently moved on- possibly with fellow 90 Day Fiance star Brittany Banks. The two were caught flirting on Instagram last week, which came as a huge surprise to 90 Day viewers.

Lisa and Usman haven’t appeared on B90 strikes back and no plans for new appearances on TLC have been announced, so fans will have to keep up with the drama on social media.

90 Day Fiance: Before the 90 Days is currently on hiatus from TLC.