LITTLE Mix have been struck by a devastating security breach after their first single as a trio was leaked online. 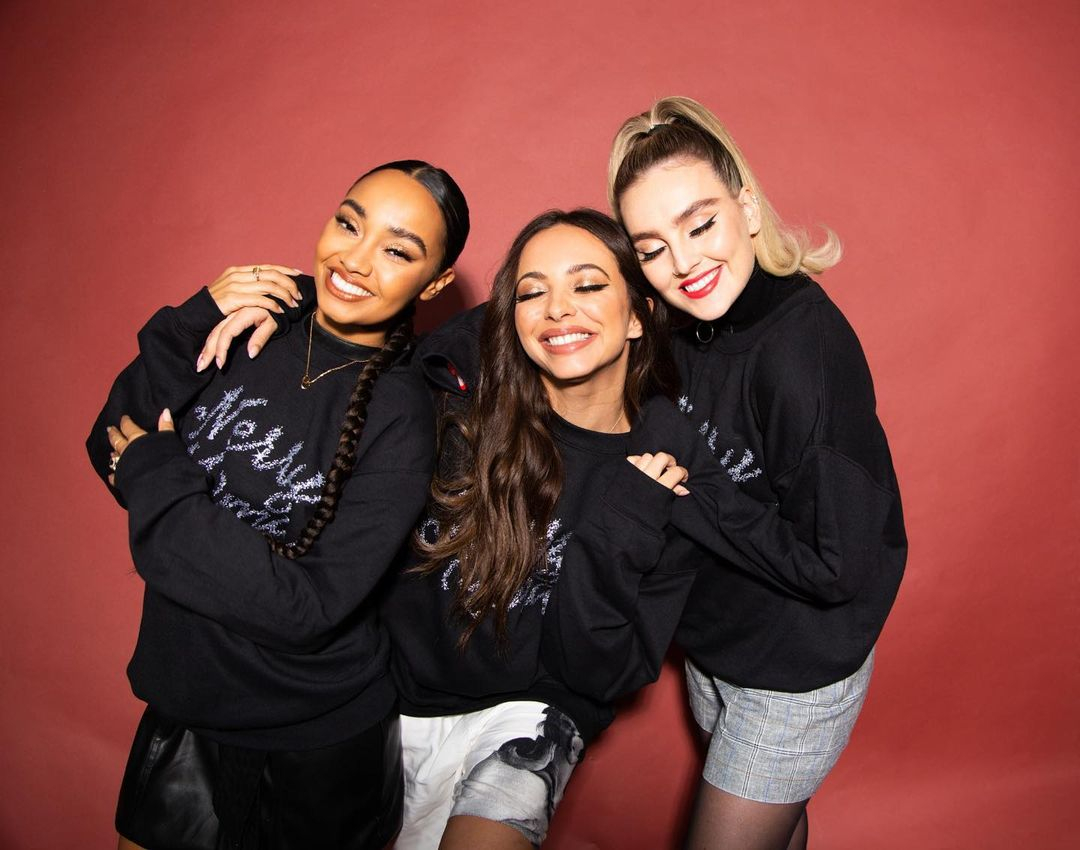 It is their first song since Jesy Nelson quit the group in December citing mental health issues and is also being released to mark their tenth year as a band.

In the song, which some fans have suggested is about Jesy’s decision to leave, Leigh-Anne sings: “Sometimes it works out but sometimes it don’t.

“Maybe we’ll fix this or maybe we won’t.

“Sometimes a heart can sink like a stone until you find home.”

In the pre-chorus, Perrie belts out: “This ain’t a heartbreak anthem, I don’t care what happened, but I ain’t got no time to dwell on it.

“Don’t want to throw a ­tantrum, you did what you had to.” 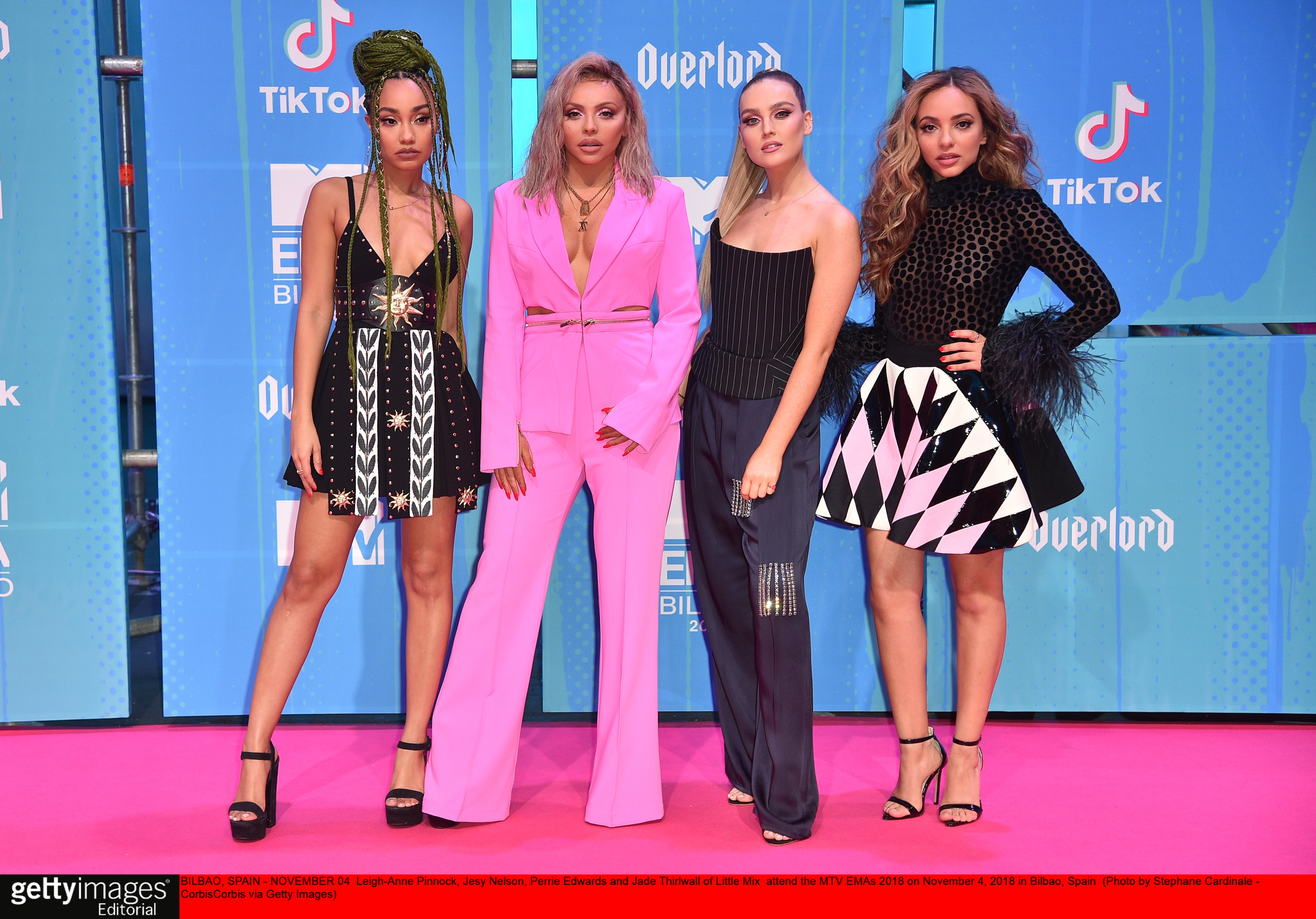 A source close to the group said: “The song 100 per cent isn’t about Jesy’s exit and was written long before she left.

“However, they’re obviously disappointed they weren’t able to control its release. They’ve worked hard on it so were hoping to do a big reveal.

“It marks a fresh start and new direction for their identity as a trio, showing they can still hold their own, but the leak has soured it.

“The single is a huge banger of a song so they know fans will love it — they have ­massively high hopes for it being a chart topper.”

Speaking last month, Perrie said: “We can’t wait to get back on stage and tour again. We want to be on stage, seeing the fans.”

Fingers crossed we won’t have to wait too long . . .

READ ON FOR MORE OF THE BIZ ON SUNDAY COLUMN

TV presenter Lizzie Cundy has given singletons her top tips for getting through ­Valentine’s Day in lockdown.

She says: “First, know with satisfaction that you are not spending it with the wrong person and you can save money for when you eventually meet Mr or Mrs Right. 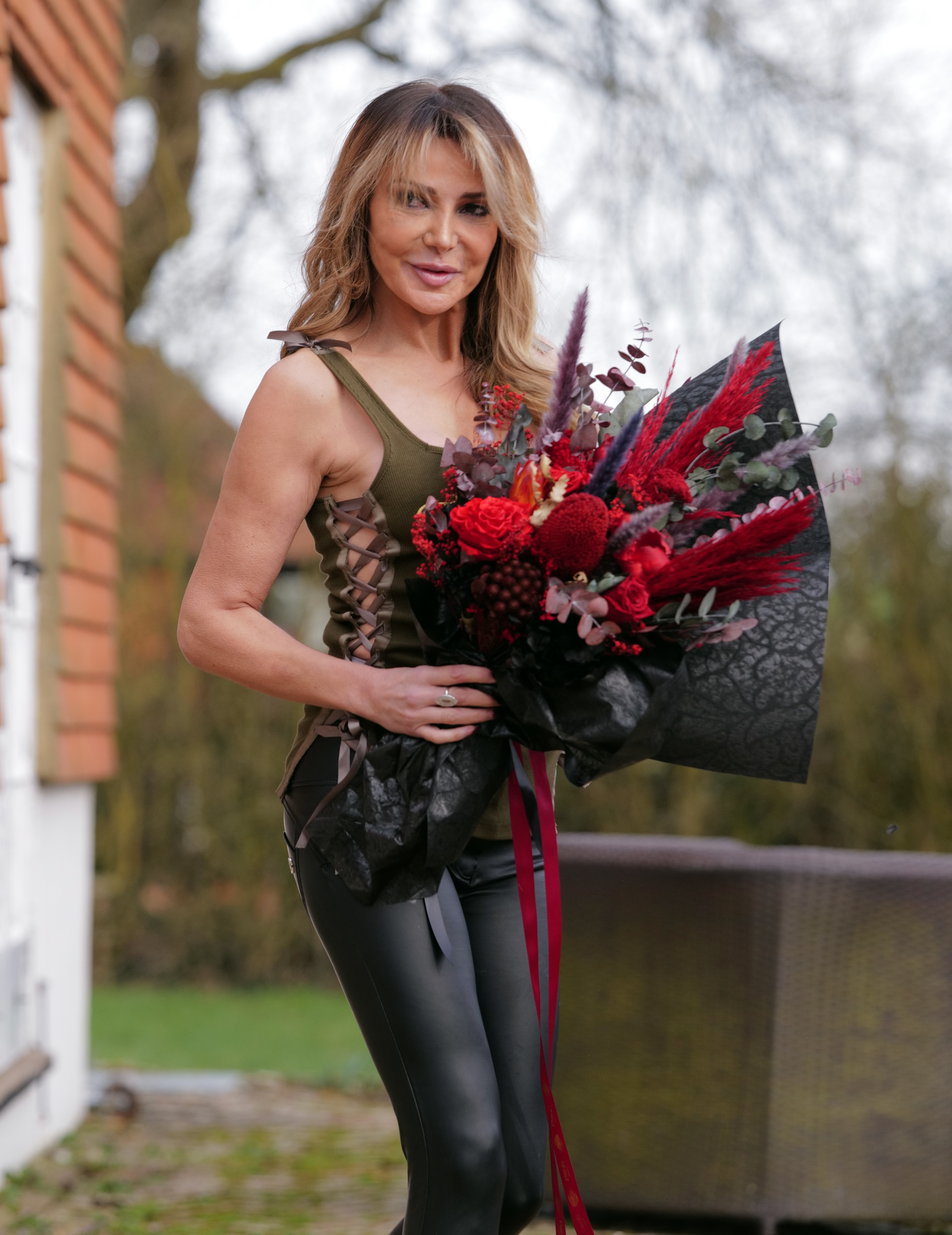 “Next, pick up the phone to a good pal instead, or set up a Zoom call with your mates and have an online party dancing and drinking in your living rooms.

“Finally, treat yourself instead – whether it’s a nice meal, present or candle.

“And why not send your friend a Valentine’s Day card instead.”

THE KARDASHIAN clan celebrate Valentine’s Day the only way they know how – by ­stripping off.

Kylie and Kendall Jenner and their half-sister Kim Kardashian showed off their baby pink underwear for the launch of their new Skims range. 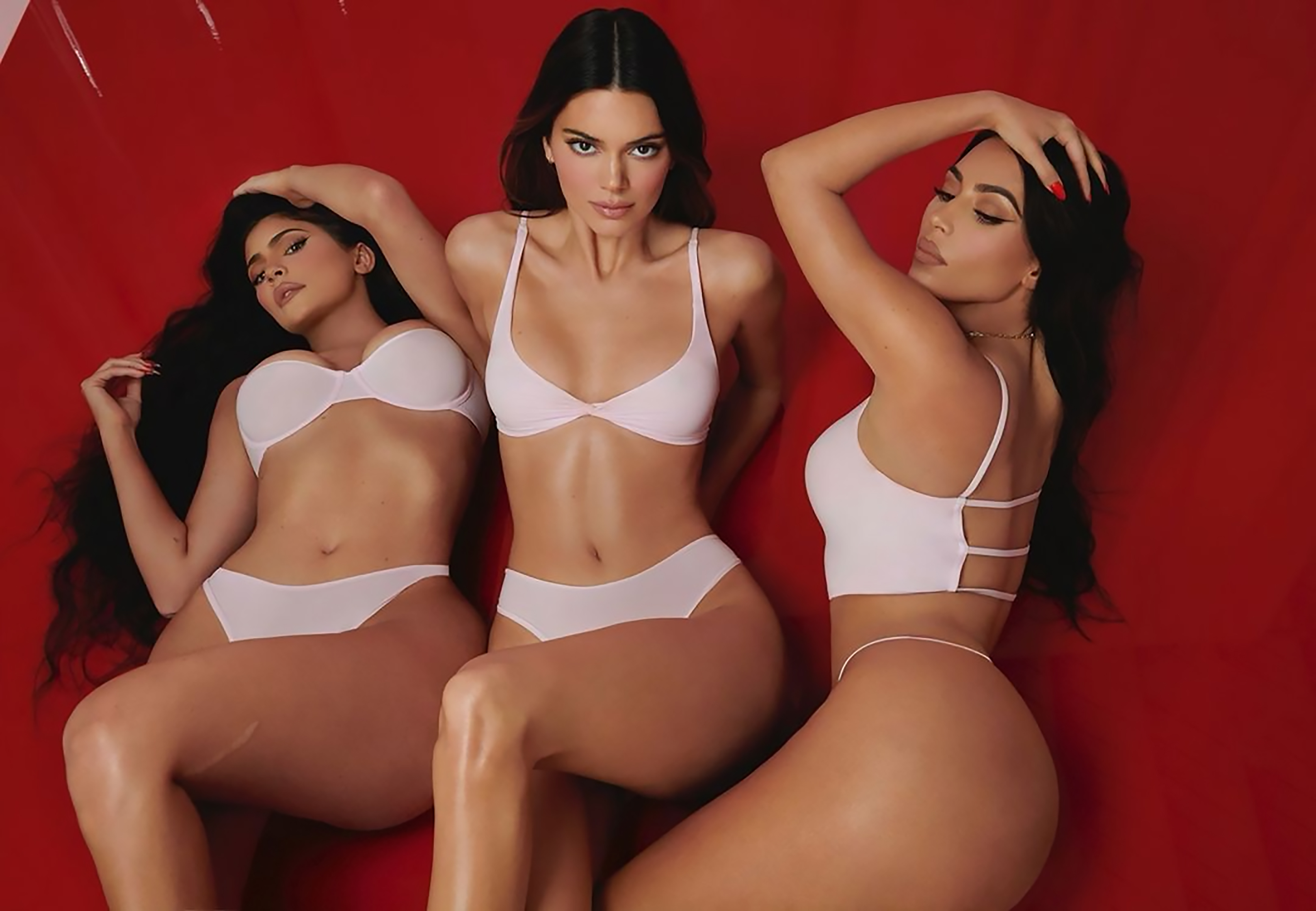 In a behind-the-scenes video from the shoot, Kim said: “Look at that perfect human being. Like what? How can I do a shoot with her? Remind me to never do a photoshoot in lingerie with Kendall. It’s insane how perfect she is.”

A shoot with the Kardashians wouldn’t do great things for anyone’s self-esteem.

Get ready for Love IQ-land

LOVE Island bosses are battling on in their hunt for contestants, although the next show’s exact location remains undecided.

And we can reveal they want brains as well as brawn. 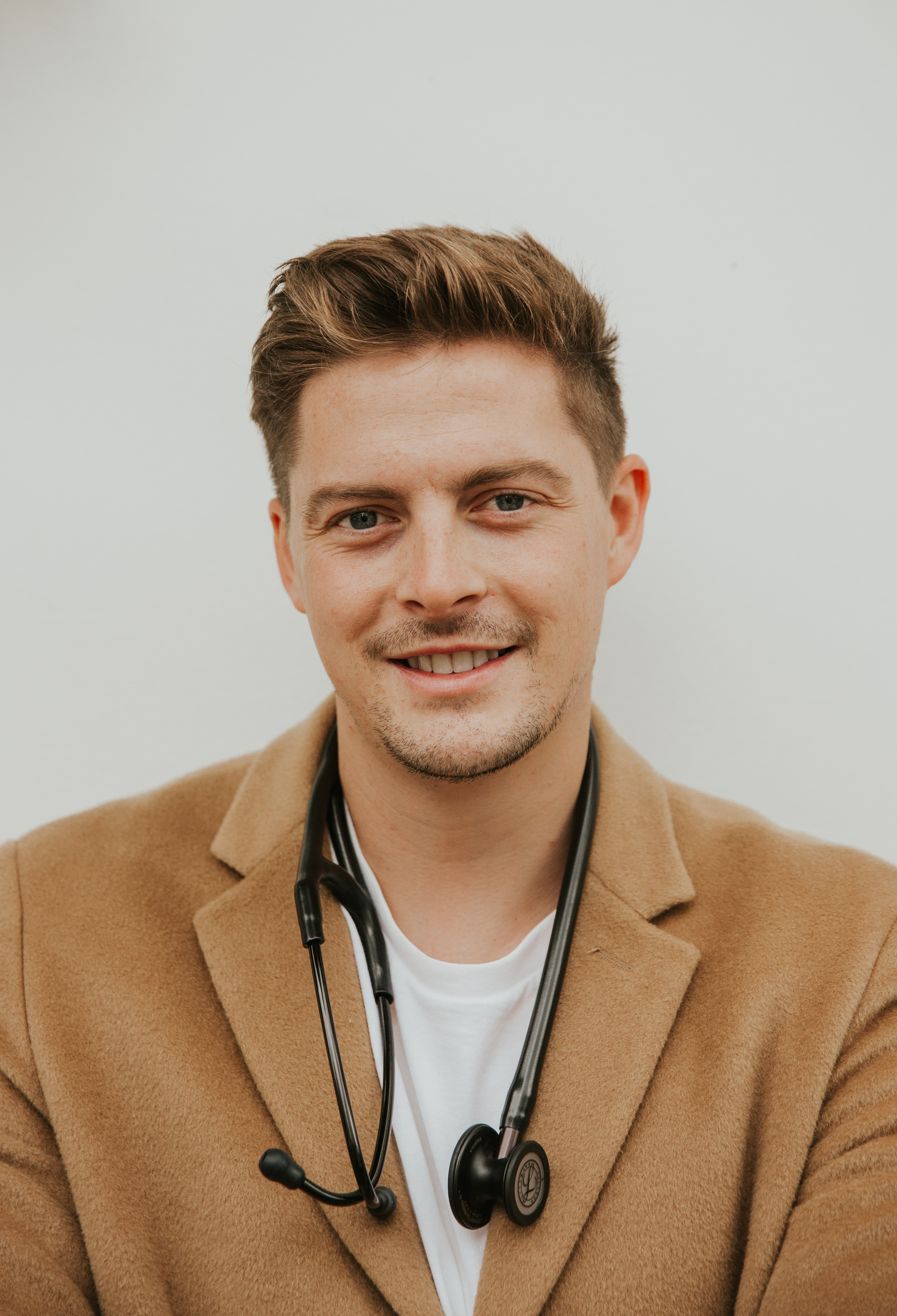 Producers would love to include a key worker, after they have become stars of the pandemic – possibly a hot nurse or sexy ­surgeon.

It comes after NHS doctor Alex George and solicitor Rosie Williams each proved a hit on the show in recent years. A source said: “The team have had over 100,000 applications and have been looking for talent with a bit of edge.

“Some of the best contestants over the years have been those who don’t just want to be famous – those with some real ambition, a solid career and a story to tell, especially of the key worker variety.”

TOWIE’S Pete Wicks is putting his colourful relationship history to good use by launching a radio show dedicated to dating.

The reality star is teaming up with First Dates waitress Cici Coleman to dish the dirt on his “dating career” – Pete’s words – and lift the lid on past dalliances with Megan McKenna, Jess Wright and Shelby Tribble. 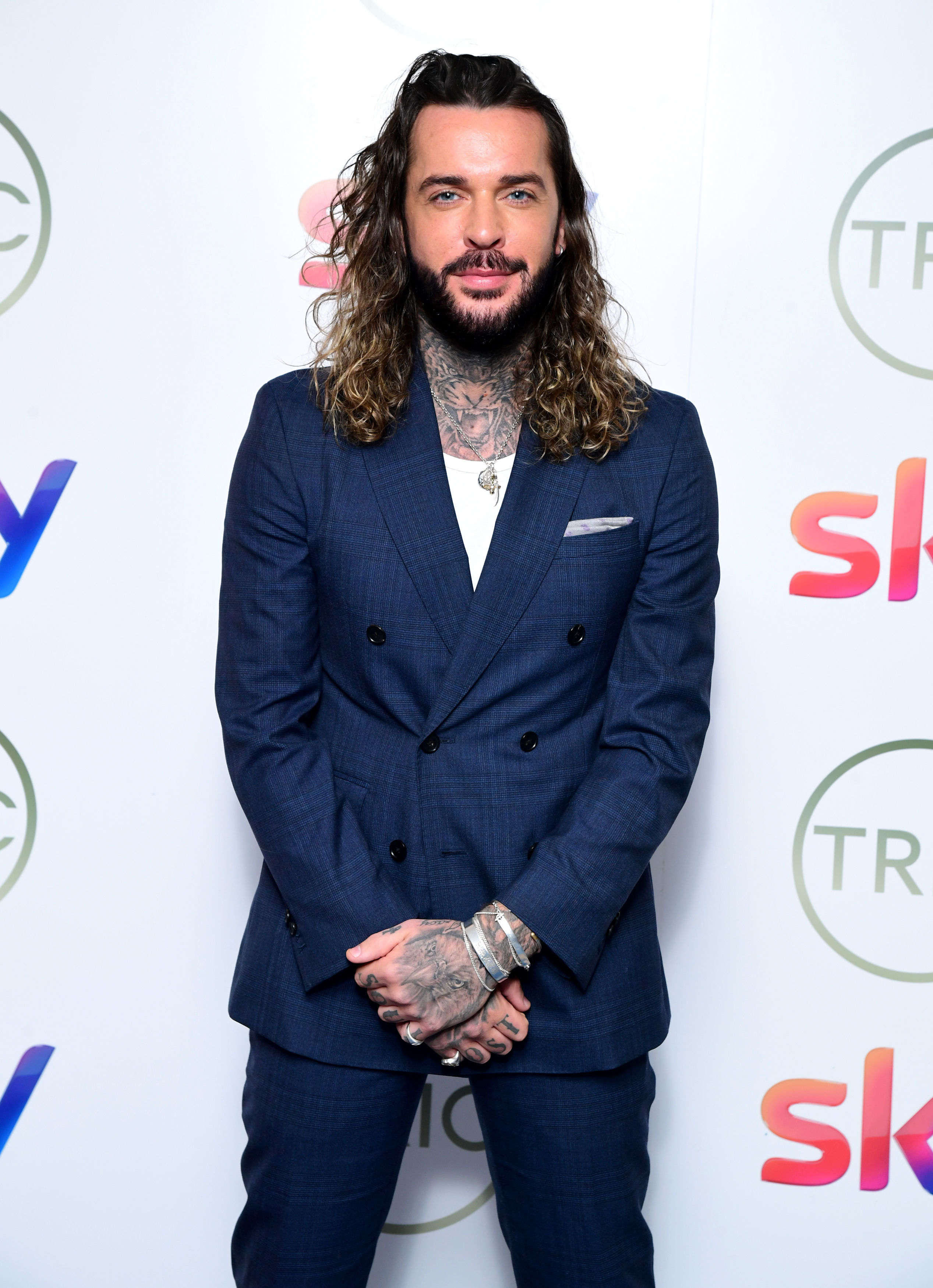 Pete said: “We are hosting a bit of a chinwag and chat about dating recently. She has seen a lot of dates  unfold on First Dates and obviously I have been on a lot of dates over my lustrous dating career which has been an absolute fail.

“I have been there and got the T-shirt which will be fun on a Friday night for us from 6-7pm.

“People can only take me in short doses so I think an hour is enough.” Pete also told Johnny Seifert’s Secure The Insecure Podcast  that Towie is set to start filming again next month in line with government requirements. He added: “Hopefully we will be out of lockdown during that time and it will be easier to film.

“Towie will not be like Celebs Go Dating –  putting everyone in one big house – as it would be a nightmare.”

SIMON Cowell might be off UK screens completely this year, with BGT on ice due to the ongoing pandemic, but we can reveal he’s planning a huge TV comeback for 2022.

The media mogul is rumoured to be considering a return for X Factor next year, with fresh updates, and is plotting ideas for a brand-new series in partnership with a streaming platform. 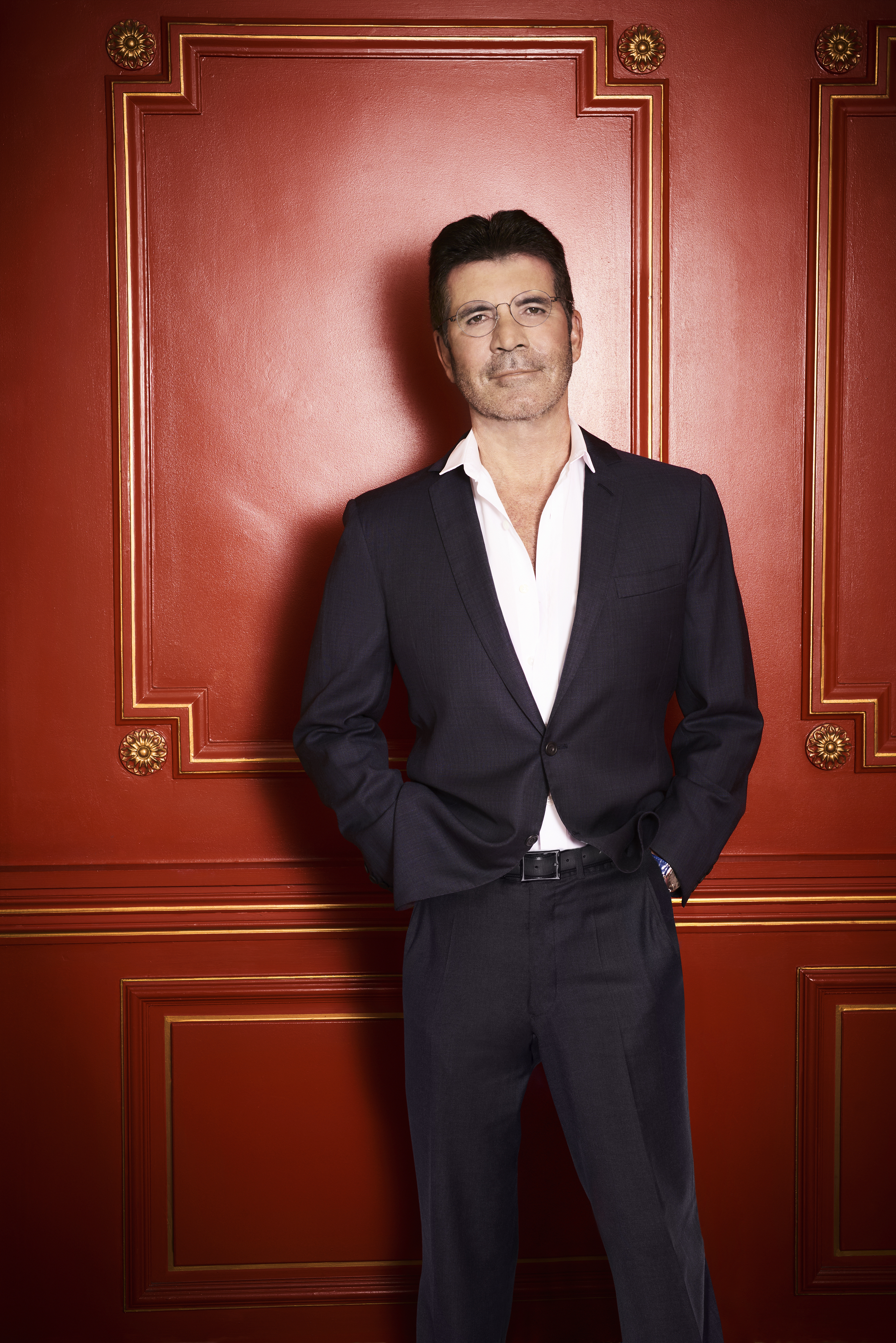 All ideas are top secret currently, but Simon, who has made a miraculous recovery since breaking his back on an electric bike last summer, has been busy brainstorming.

An insider said: “Simon wants to keep everyone on his sets safe and let 2021 play out. But he feels, after a much-needed break, X Factor 2022 will be good to go, with some changes.

“He’s asked his team to examine what TV formats could be ready by next year and feels channels and streaming platforms are in need of new ideas and there are opportunities to shape the future of TV.”

SPARE a thought for single Jo Wood this Valentine’s Day. The former wife of Rolling Stones rocker Ronnie has complained she’s finding it hard to meet a man because she’s ­worried about gold diggers.

The rock chick has been single for six months and struggles to trust blokes.

She said: “A man has to have a lot of confidence.

“It’s a hard thing for me as men think, ‘Oh here’s a bird with money – I don’t have to bother.’ But any money that’s left over when I’m gone goes to my kids. I’ve also had guys say that I’ve set the bar too high.”

Jo’s marriage to Ronnie ended in 2009. She deserves a real man.

PETER Crouch could be reaching for a jar of Dolmio this Valentine’s Day in the absence of a private chef.

The former England ace will be cooking up one of his “famous pasta dishes” for model wife Abbey Clancy. 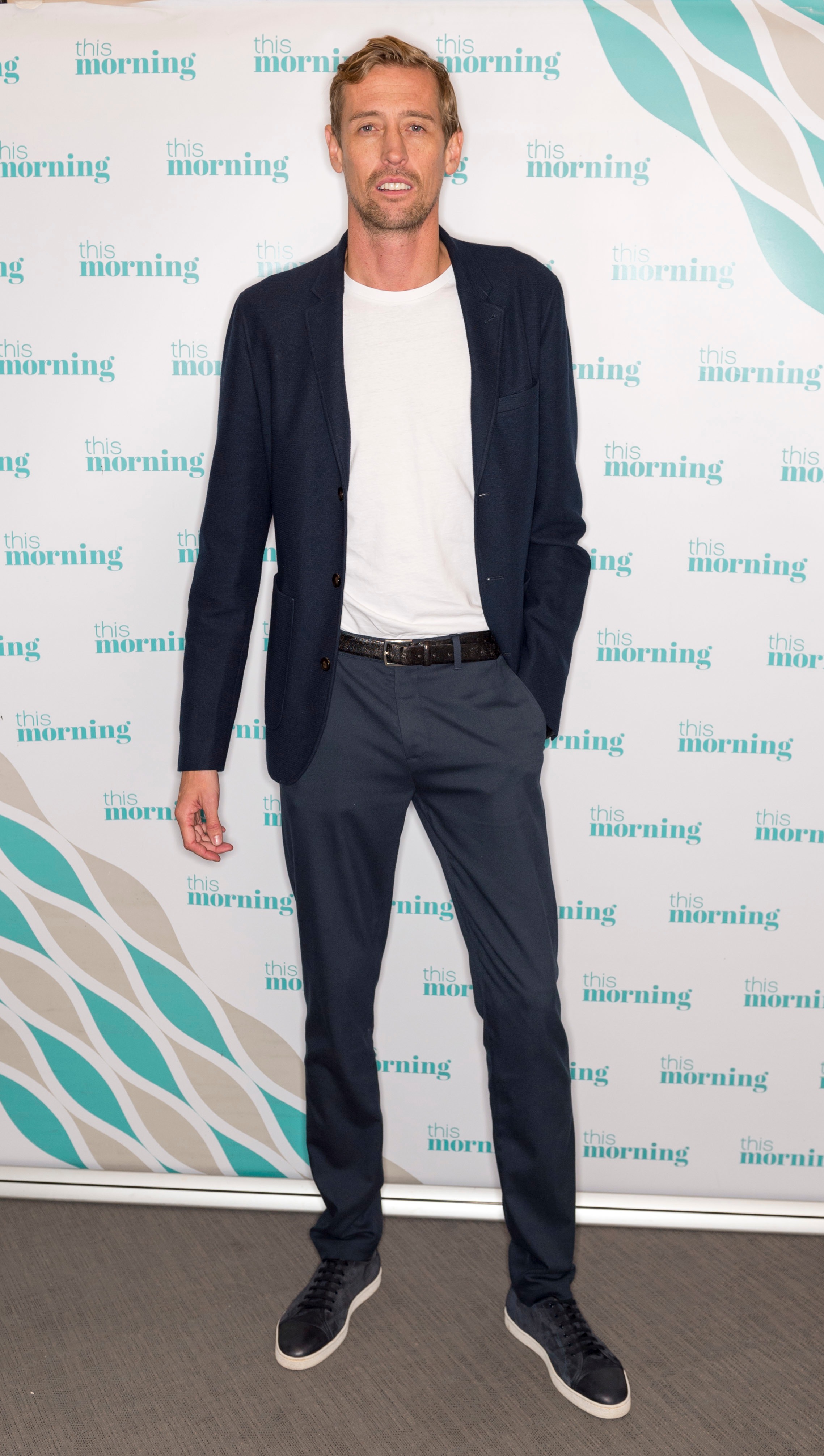 He said: “I’m not very good at cooking. Last time I got a chef in to cook for us. Obviously that’s not going to happen this time. I am going to have to improvise at home. I might have to do one of my famous pasta dishes for her. That’s the problem – you can’t throw money at it, which is what I’ve done for most of my life.”

The reality star admits she is happier on her own rather than battling through a rocky romance. 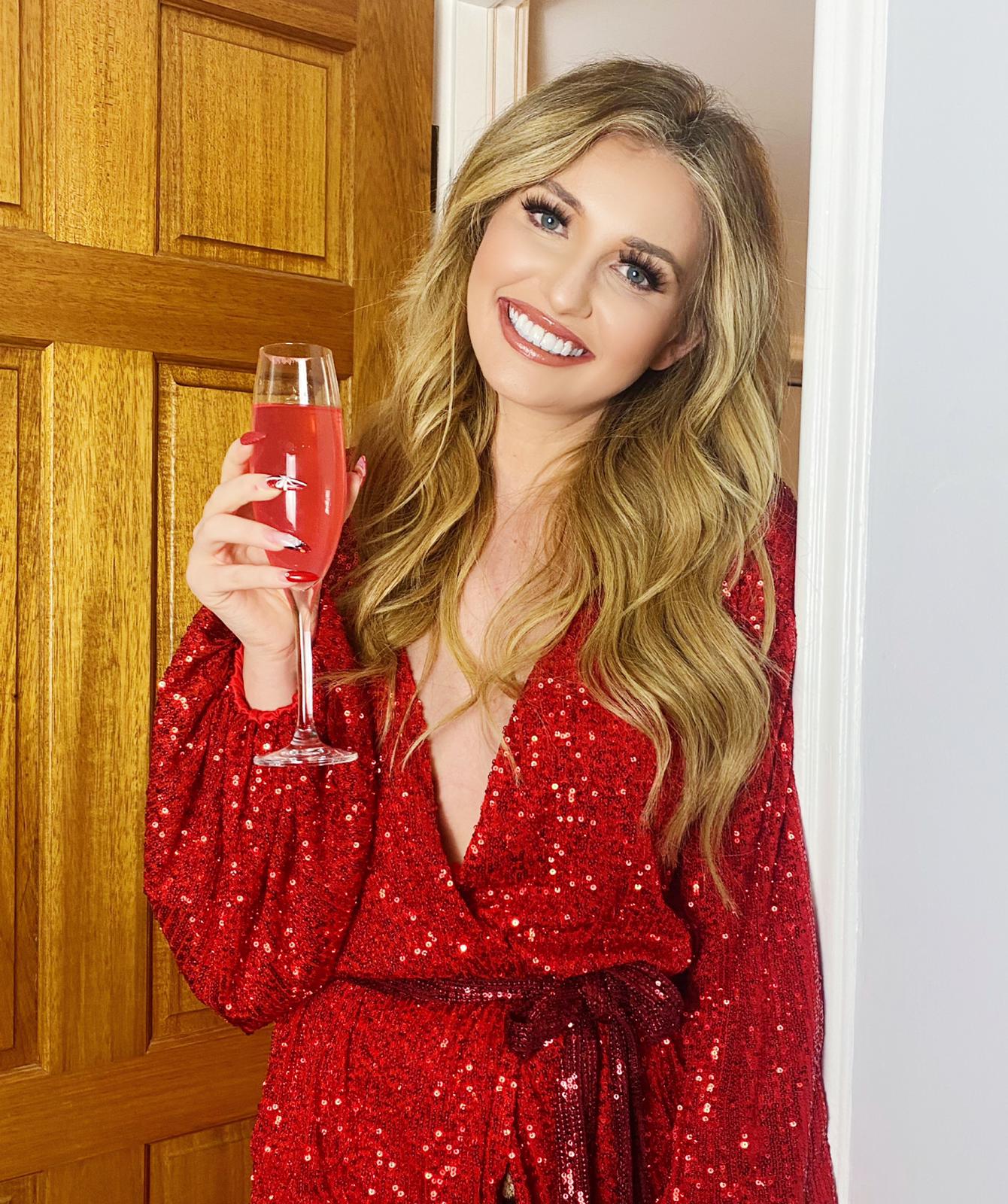 She told us: “I used to stress about being single on Valentine’s Day but now I realise I’m better off being single and happy than being in the wrong relationship.

“I’m spending Valentine’s Day with my best friend Luke, who is bubbled with my family, and we will drink and eat sweets and laugh about the money we are saving by not buying Valentine’s presents.

“However, while I might be happy in my own skin, it won’t stop me window-shopping for Mr Right.”

In this sparkling outfit, we doubt she’ll be short of offers.

SHE’S been to some of the most terrifying war zones in the world, but Stacey Dooley has opened up about her own trauma. 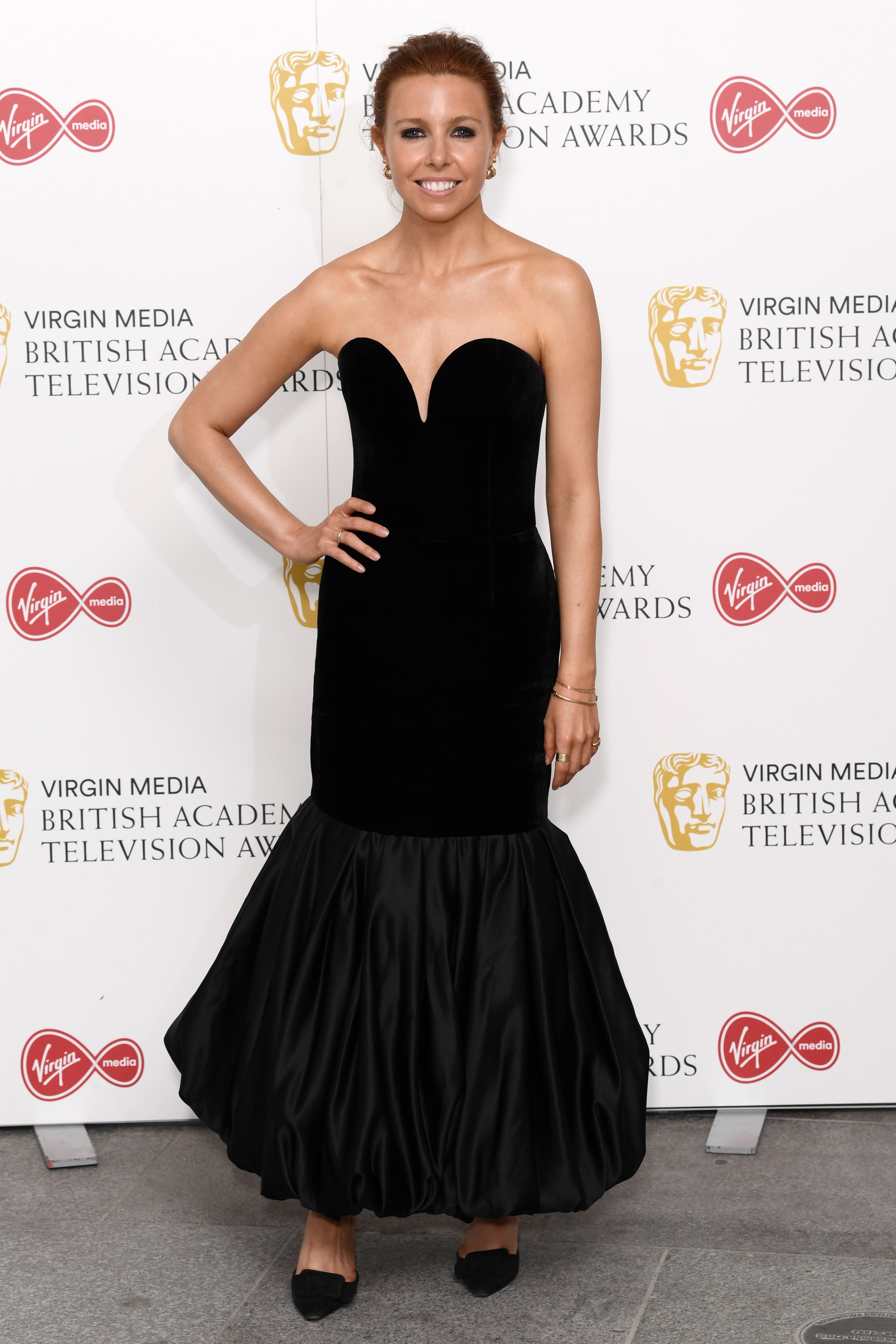 She said: “I was really ill. I kept getting bad migraines for a while and I had to go and get my brain looked at. I was throwing up all the time.”

Fortunately Stacey was given the all-clear by docs and is back on fighting form.

She said: “It’s really funny when sometimes the houses can be quite small so you can be directly next door to a couple, who are in love and are married and they want to have sex of an evening.

“So sometimes I just lie there thinking, ‘I can deal with all of this, but I could just do without you two having sex.’ Just for this weekend because then I would feel less awks.”