The actress, who plays Erin Croft in the Sky One drama, is currently busy filming the third season of the popular show.

The former Coronation Street star, 33, kept it casual in a pink velour tracksuit and a pair of white Nike Air Force trainers.

Michelle had her luscious brunette locks styled into a high pony tail and natural make-up.

She completed the look with a khaki coloured puffa jacket and some gold jewellery – including a big chain around her neck and some huge hoop earrings. 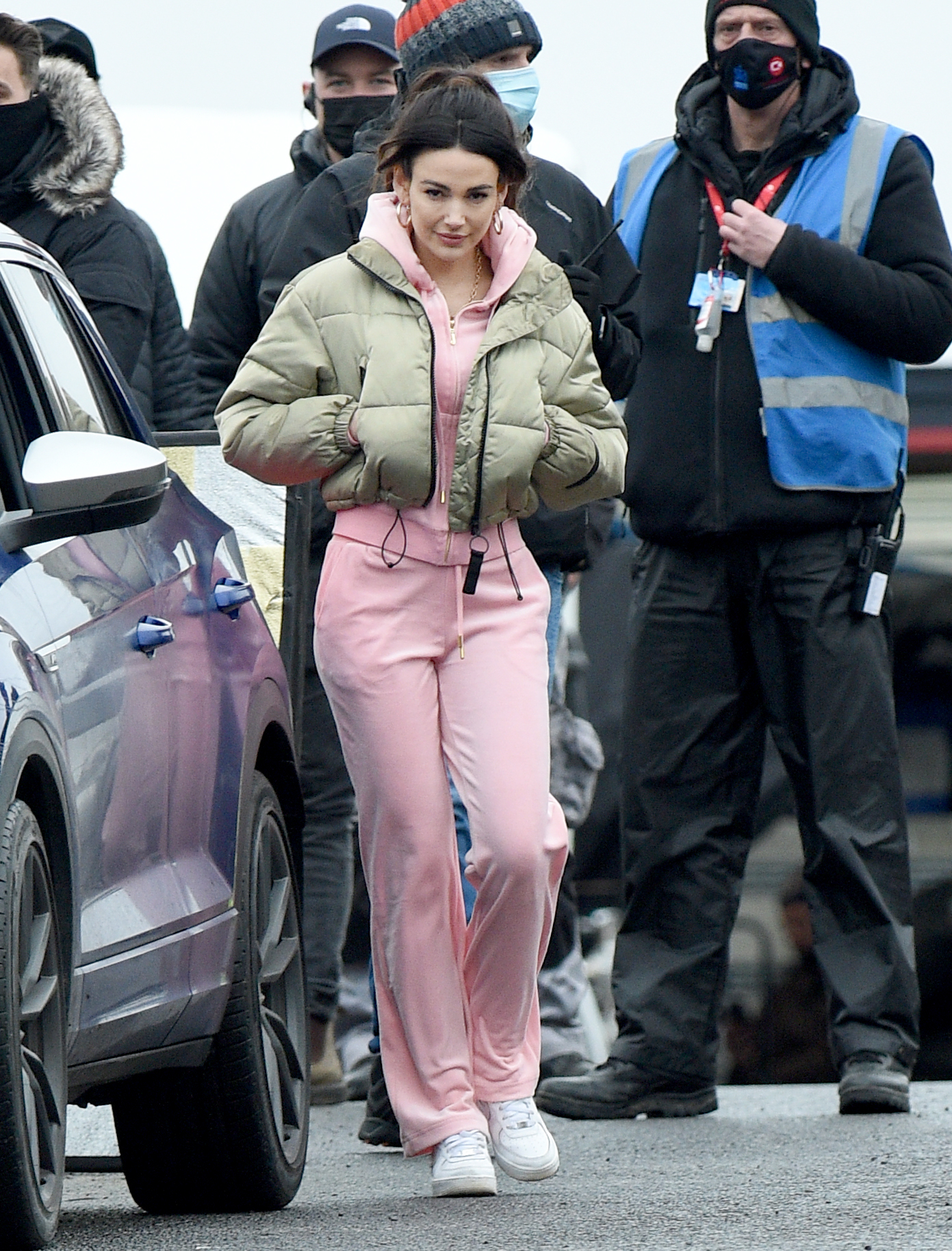 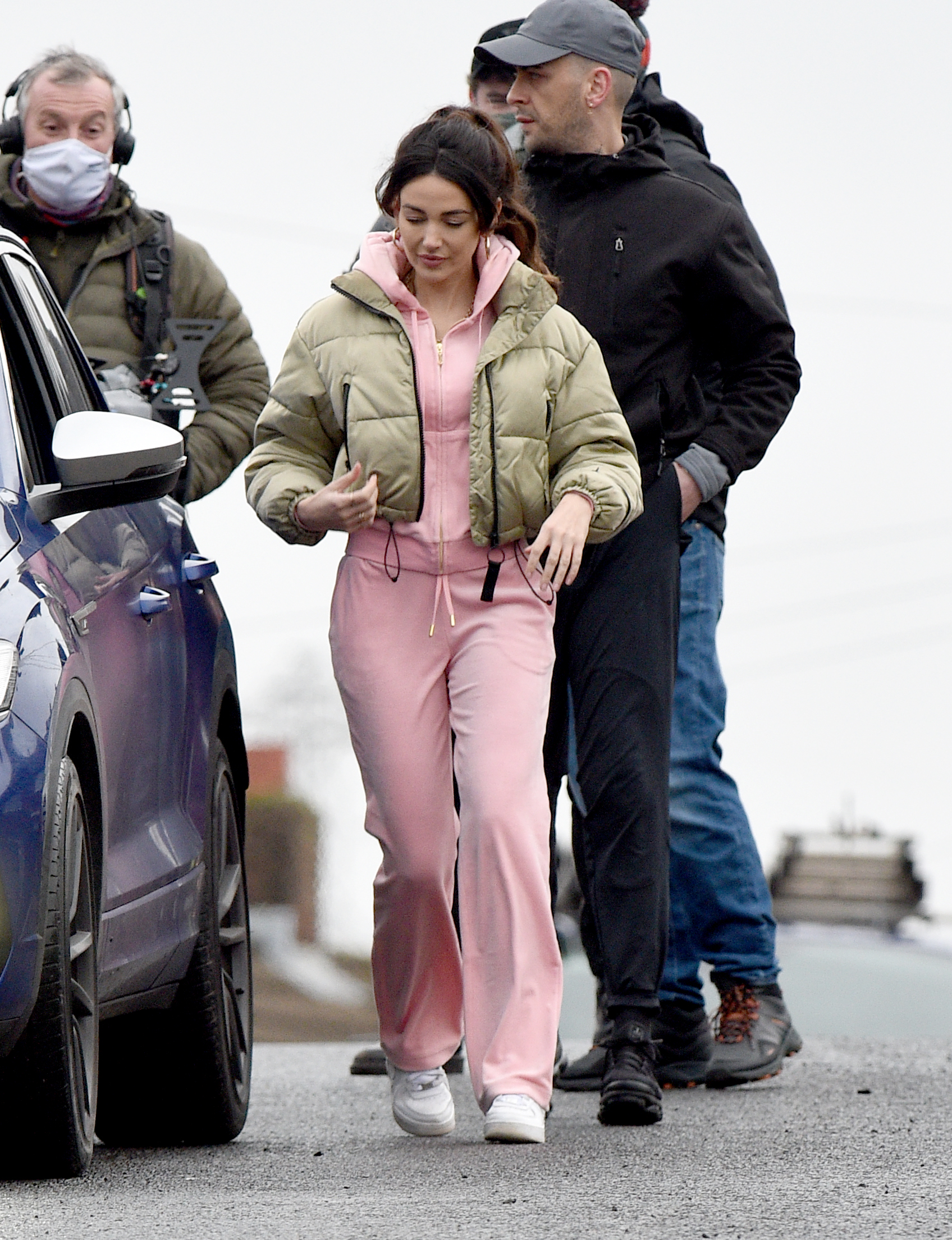 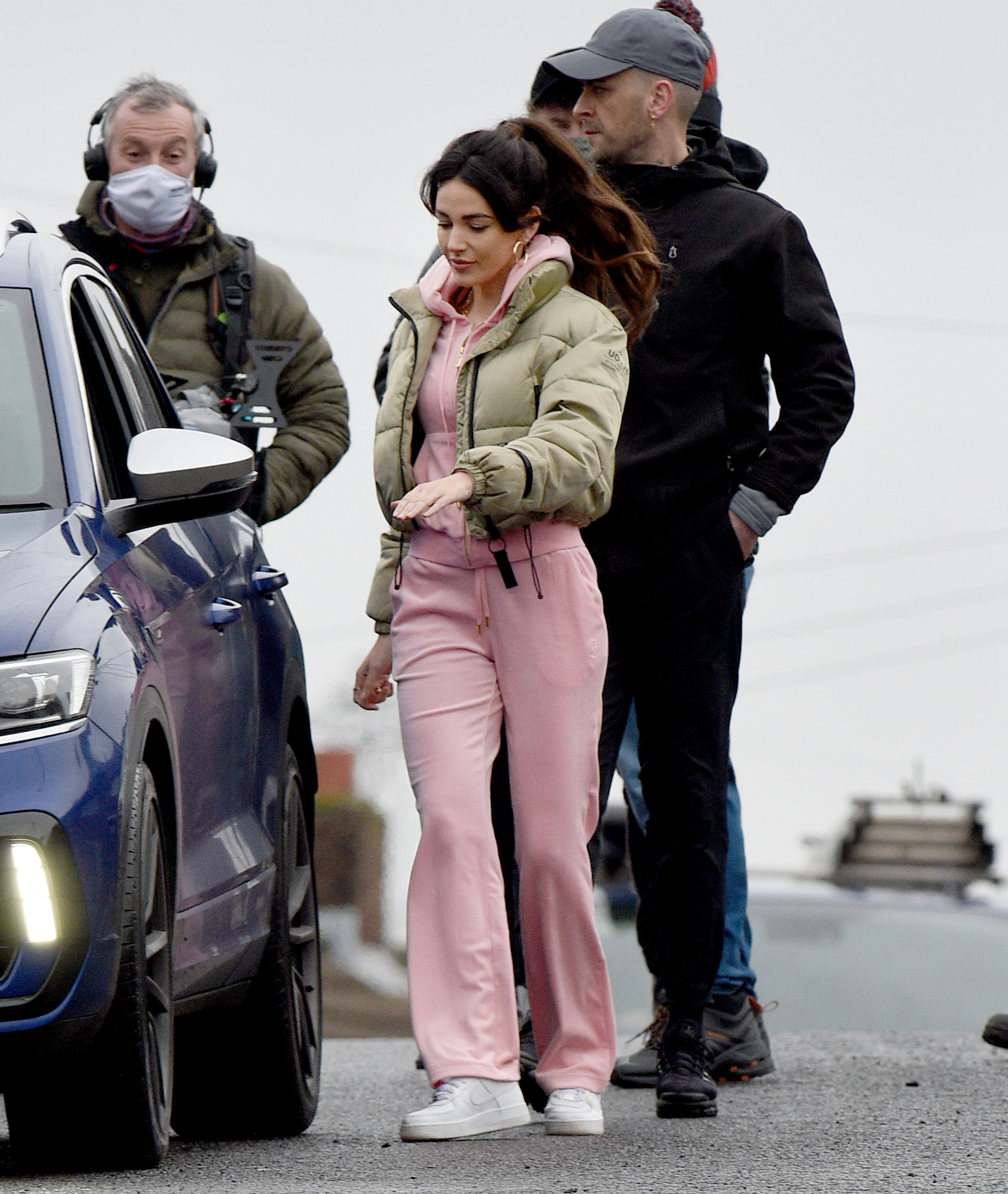 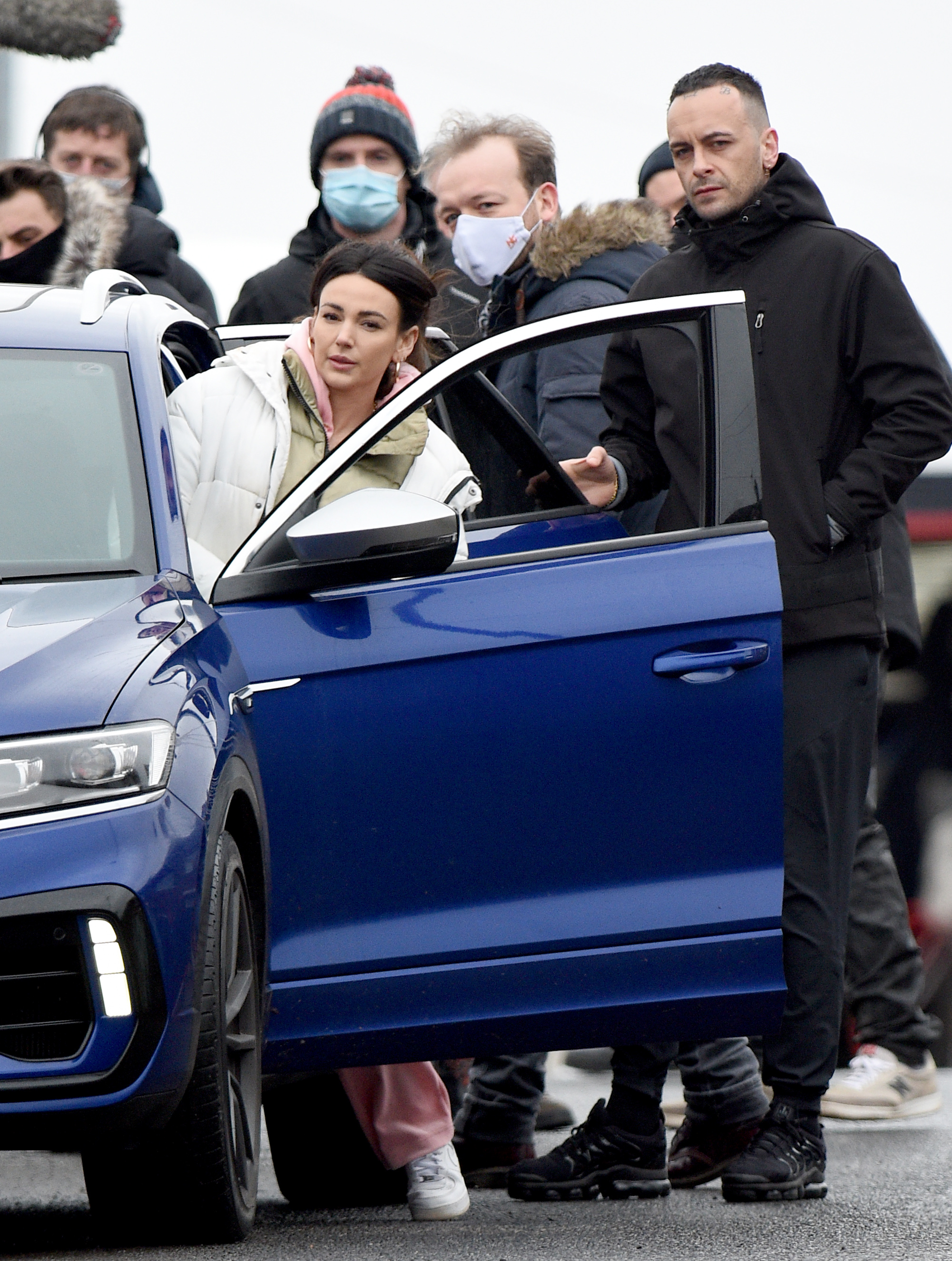 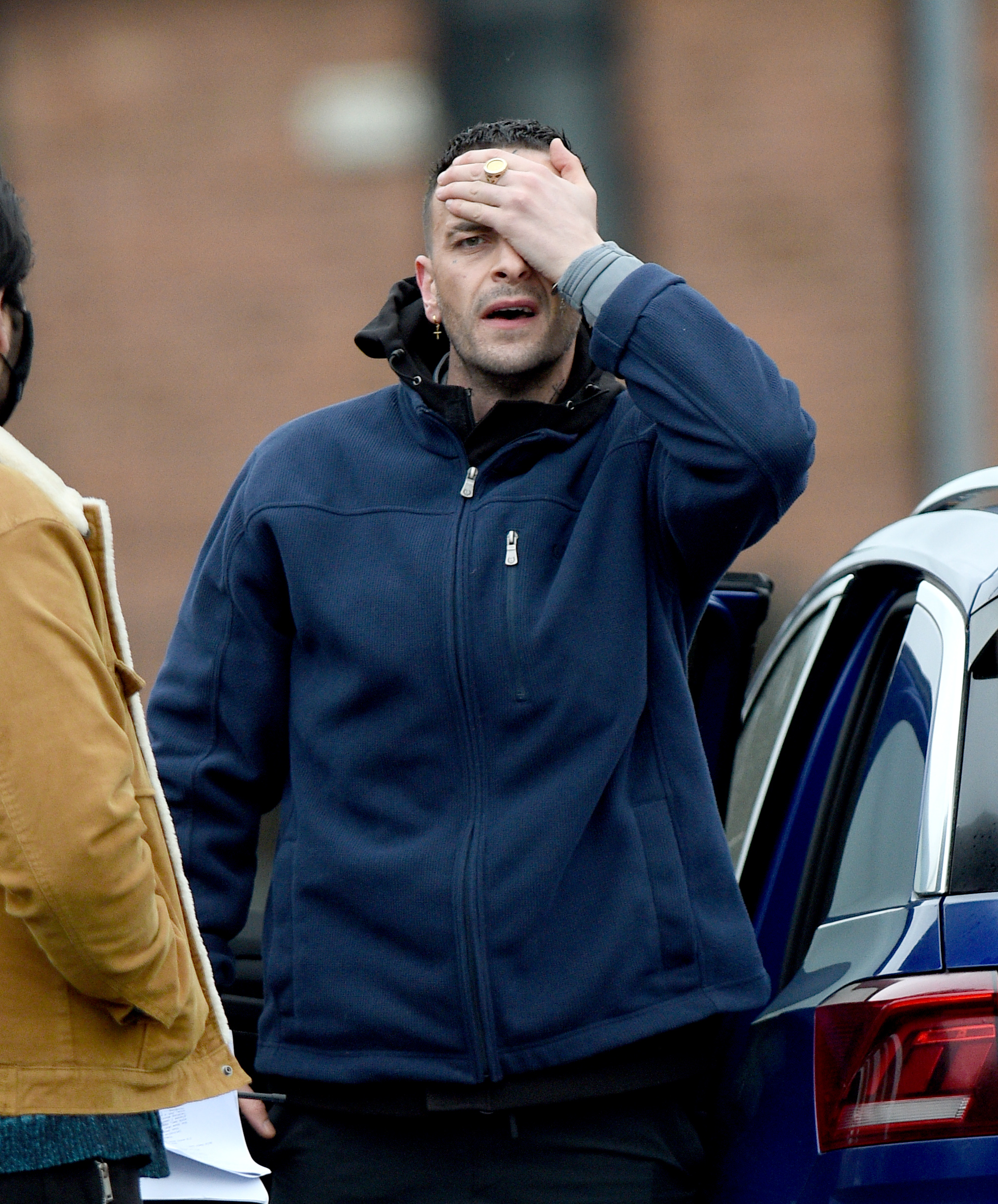 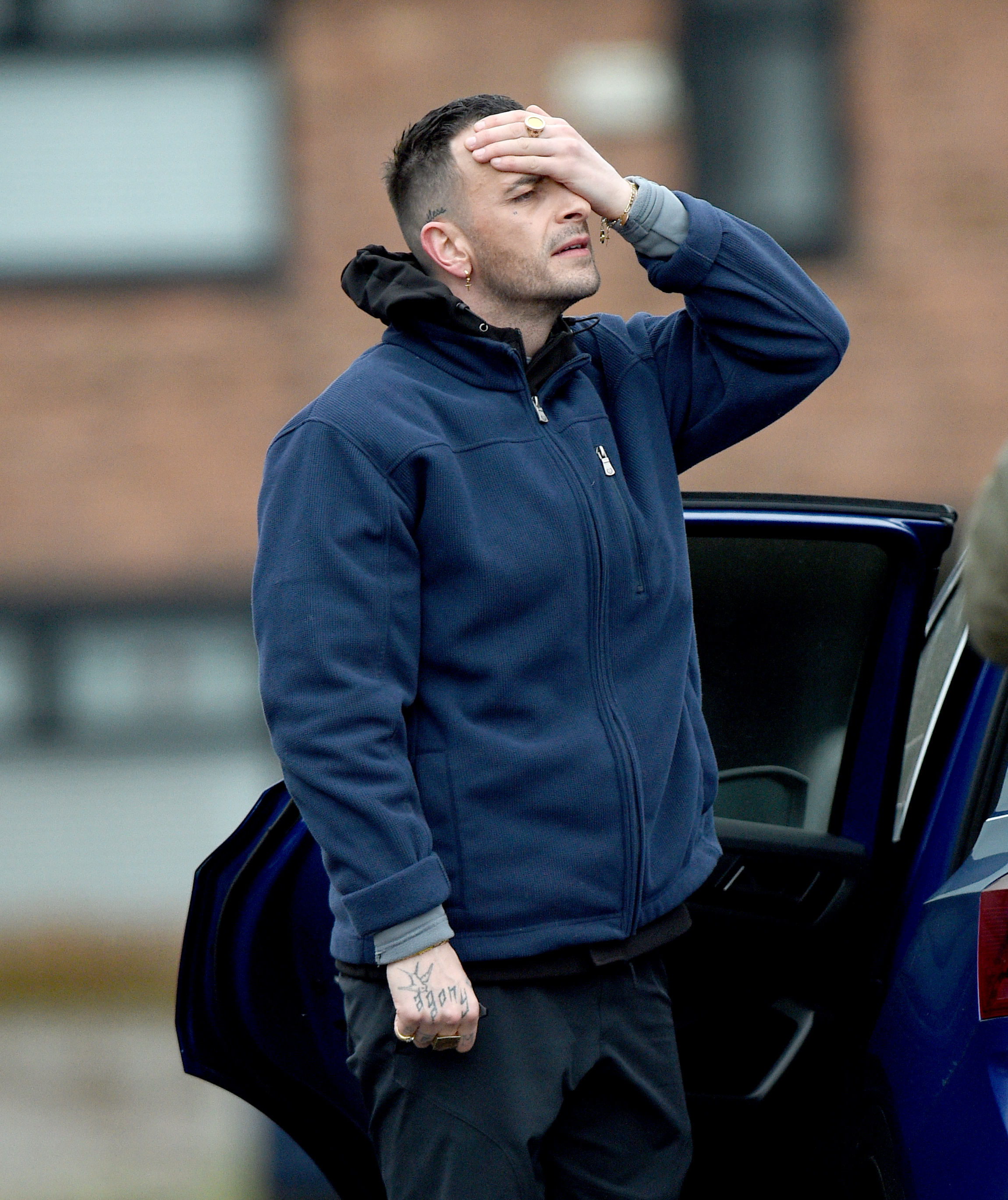 He was seen wearing some black tracksuits, matching trainers and a wind proof rain coat as he followed Michelle into the back of a blue car.

The pair needed extra clothing to make sure they didn't catch a cold during takes considering they were shooting outside.

Luckily Michelle brought along her midi length white puffa jacket to wear during her breaks.

She also made sure that she followed all Covid-19 rules put in place to stop the spread of the deadly bug and wore a medical face mask when she was near others. 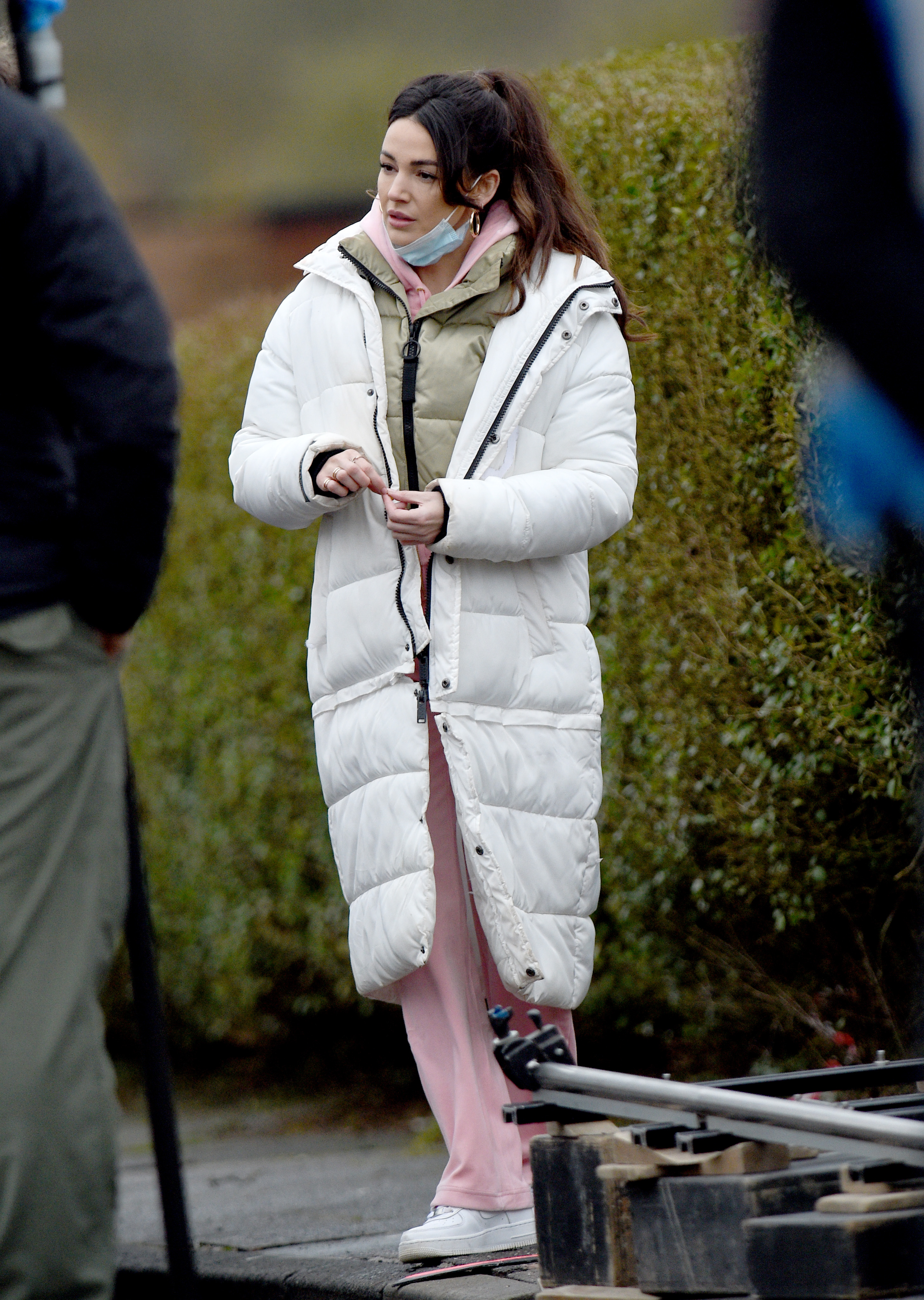 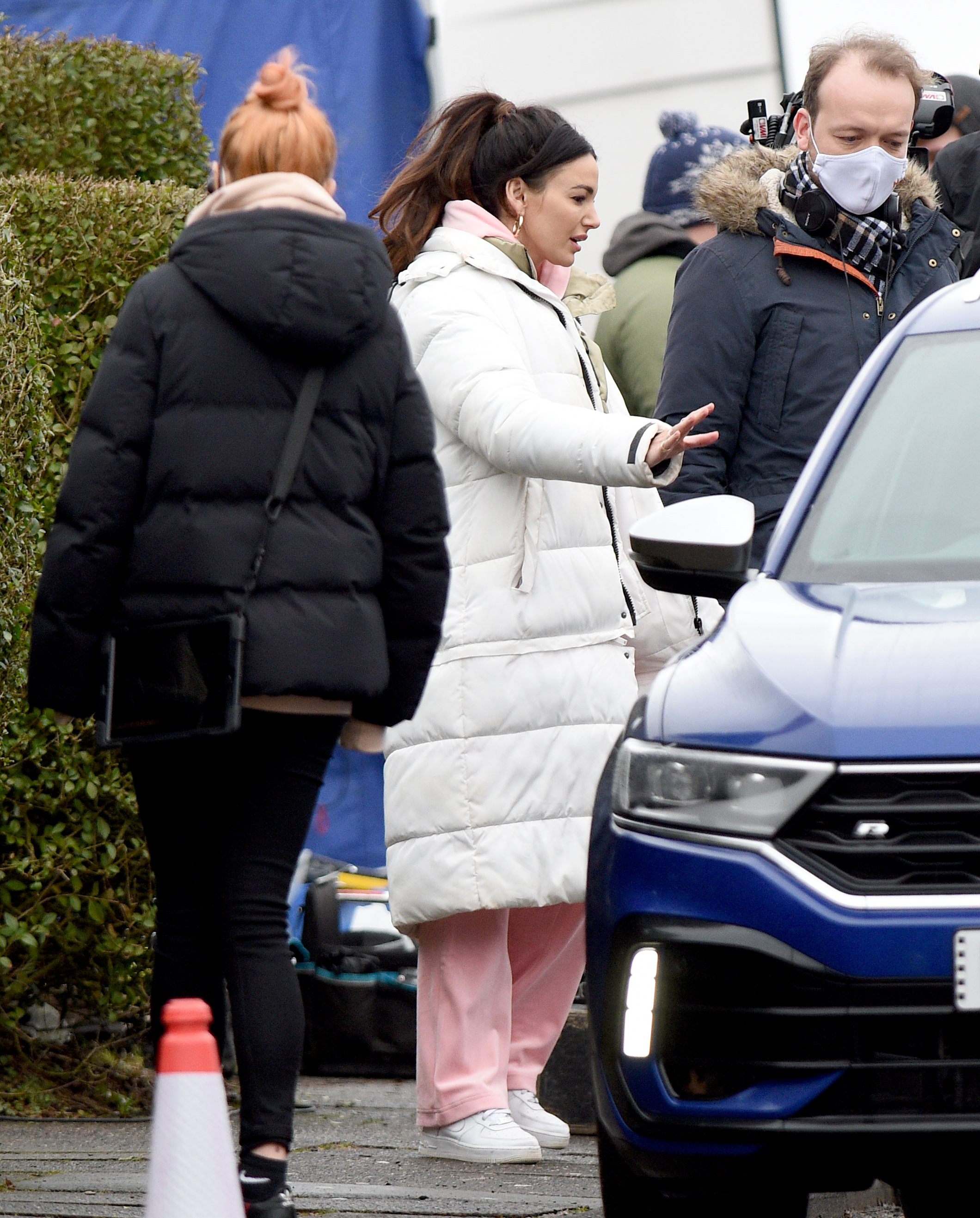 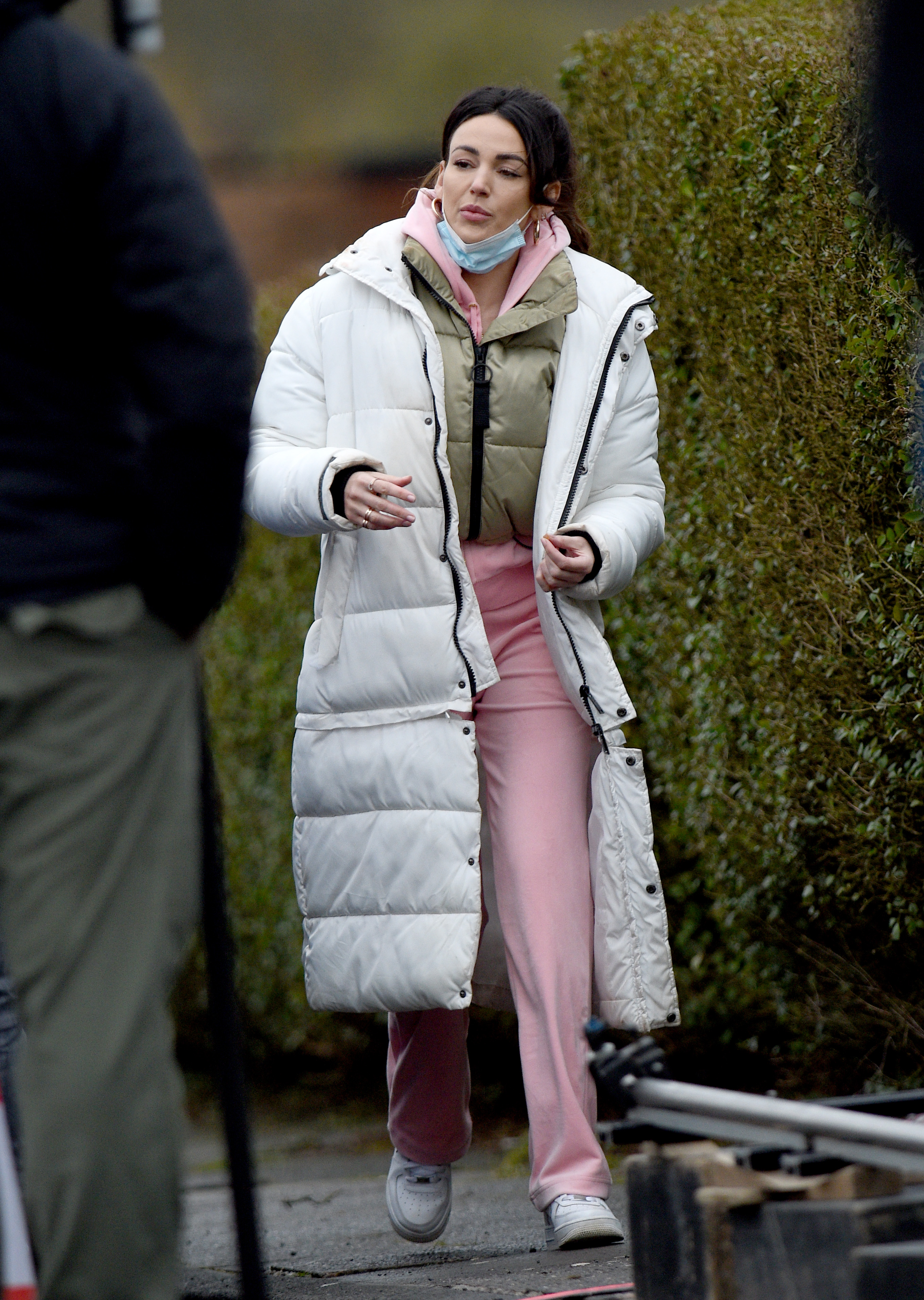 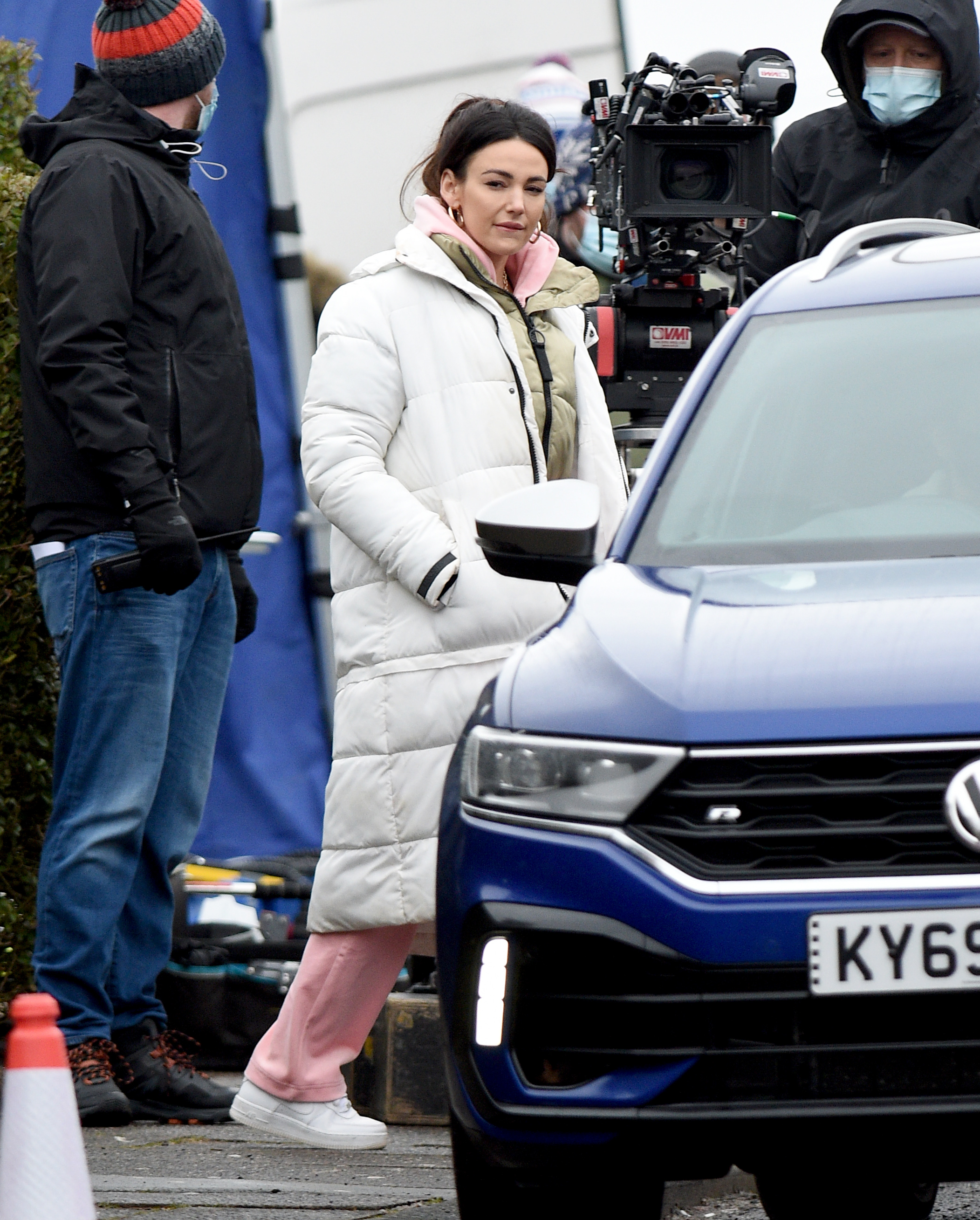 The latest pictures come after Michelle was pictured being chased by a stalker as she filmed terrifying new scenes for the show.

Brassic, which first hit our screens back in August 2019, follows the mischief that the student and her group of male pals get up to in a made up town called Hawley.

The first season was a huge success and was shortly followed by a second which premiered in May 2020.

When the coronavirus pandemic hit last year, fans were left wondering if a third season would ever go ahead as production was put on hold.

However things were up and running again in October last year. 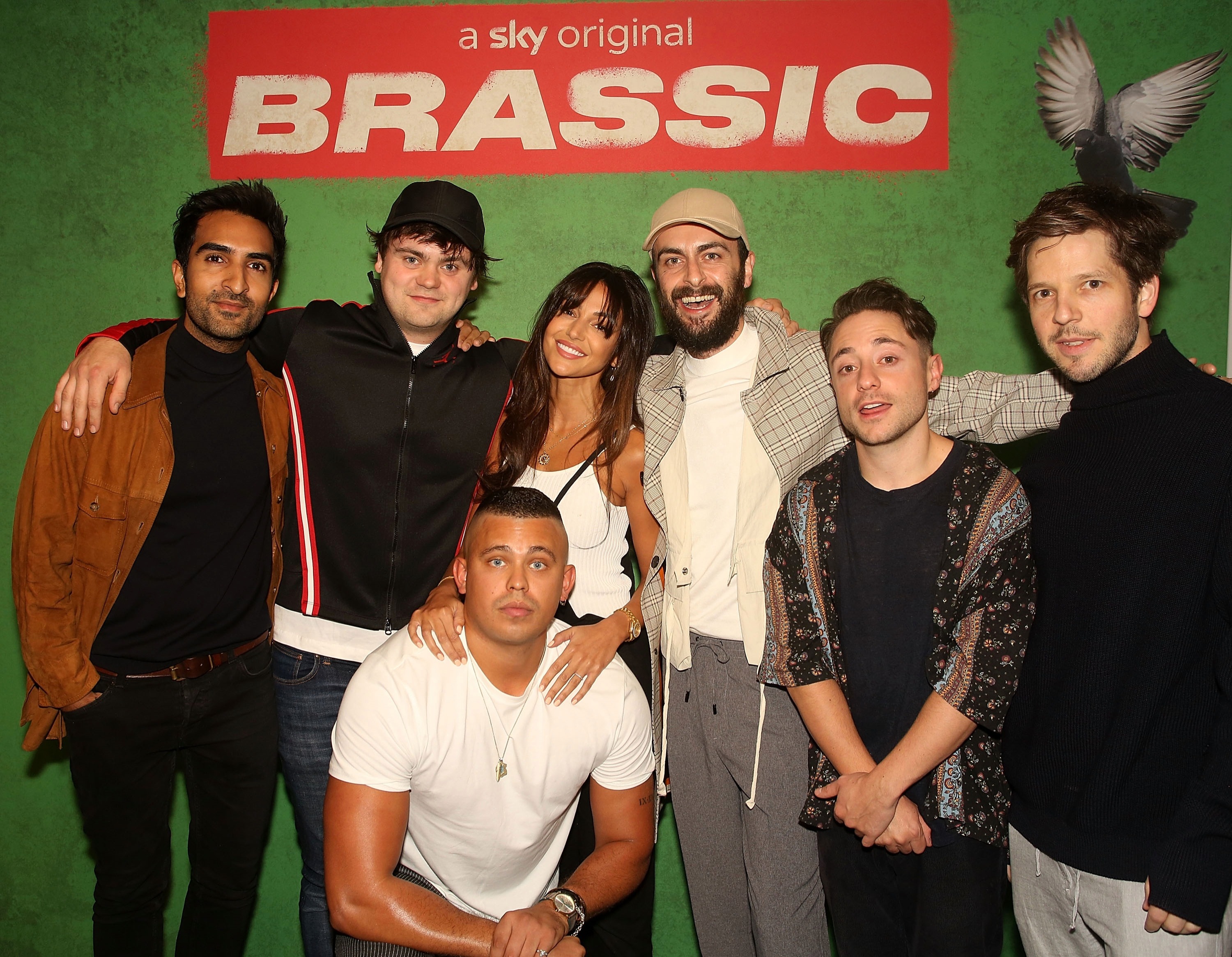 The past four months have been intense for Michelle, Joe and the rest of the cast as they have been busy trying to finish the highly anticipated series.

Since the new year the former Tina McIntyre actress has filmed a number of things including a dramatic car accident after a boozy night out and Cardi and Carol's wedding.