Rodriguez and Smith join Chris Pine, who is also attached to star 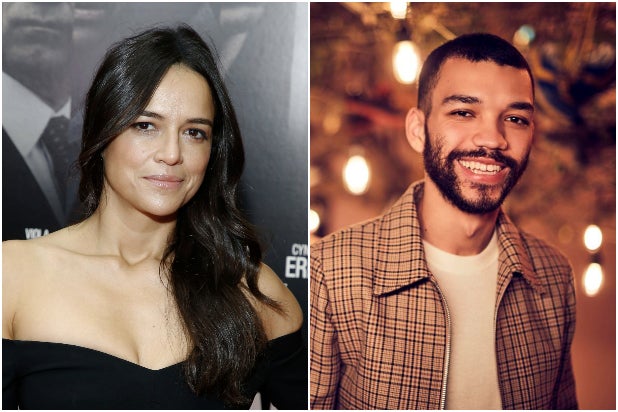 Michelle Rodriguez and Justice Smith have closed deals to star in the film adaptation of “Dungeons & Dragons,” Hasbro’s popular game franchise from Wizards of the Coast, according to an individual with knowledge of the project.

Rodriguez and Smith join Chris Pine, who is attached to star.

Jonathan Goldstein and Jonathan Francis Daley are set to direct the film from a screenplay they’ve written, based on a draft by Michael Gilio. Goldstein and Daley previously wrote the screenplay for “Spider-Man: Homecoming,” and they last directed the Warner Bros. and New Line film “Game Night.”

Jeremy Latcham is producing through his deal with studio eOne — Hasbro’s entertainment arm — as is Hasbro’s Brian Goldner.

“Dungeons & Dragons” — based on the tabletop fantasy game “Dungeons & Dragons,” or “D&D” as it’s often called by gamers and the kids on “Stranger Things” — will be one of the first under Hasbro’s AllSpark Pictures banner. The company also has projects inspired by other toys, including “Mr. Potato Head” and “My Little Pony,” as well as a movie based on “Monopoly” that’s set up at Lionsgate starring Kevin Hart.

More than 40 million fans have interacted with or played “D&D” since it was first published 46 years ago, including videogames and livestream entertainment on Twitch and YouTube.

Rodriguez, who will next be seen in the next installment of the “Fast and Furious” franchise is repped by David Markman and DLA Piper.