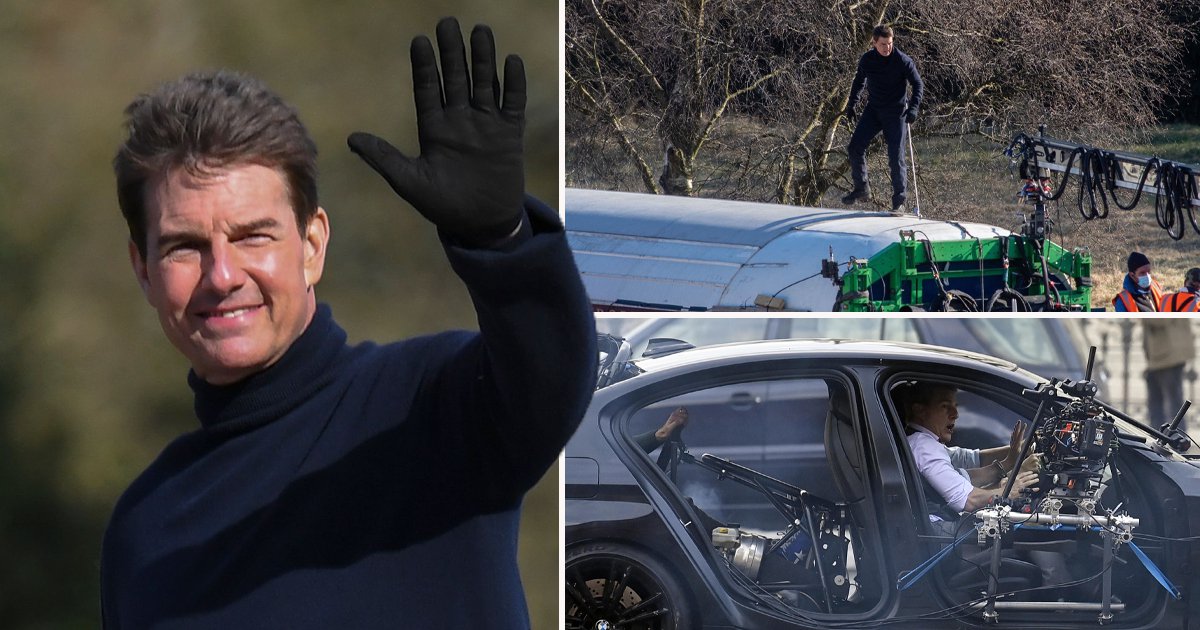 Mission: Impossible 7 has shut down production following a positive Covid-19 test on set, with leading actor Tom Cruise among those self-isolating.

Production will shut down for 14 days to give cast and crew time to self-isolate.

A statement read: ‘We have temporarily halted production on Mission: Impossible 7 until June 14th, due to positive coronavirus test results during routine testing. We are following all safety protocols and will continue to monitor the situation.’

A source close to the production confirmed to The Hollywood Reporter that at least one person on set tested positive.

It’s the latest hurdle in a string of obstacles for the film, which stars Tom alongside Hayley Atwell.

As with many other films, MI7 has faced a string of delays due to the Covid-19 pandemic.

The film captured everyone’s attention earlier this year when Tom was recorded delivering an expletive-filled rant to cast and crew about following coronavirus protocols.

In the leaked audio, Tom, 58, was heard branding the rule-breakers ‘motherf****rs’ and warned ‘if he sees it again, they’re f***ing gone’.

He also said: ‘We are the gold standard. They’re back there in Hollywood making movies right now because of us, because they believe in us and what we’re doing.

‘I’m on the phone with every f**king studio at night, insurance companies, producers and they’re looking at us and using us to make their movies. We are creating thousands of jobs, you motherf**kers. I don’t ever want to see it again. Ever!’

The clip sent ripple waves in Hollywood with other celebrities sharing their thoughts on whether the rant was justified.

Tom had never addressed the controversy but has since broken his silence, standing by his words.

‘I said what I said,’ the blockbuster star told Empire magazine.

‘There was a lot at stake at that point… But it wasn’t my entire crew. I had the crew leave the set, and it was just select people.’

Metro.co.uk has contacted reps for Tom Cruise for comment.

Mission: Impossible 7 is currently slated for release on May 27, 2022.