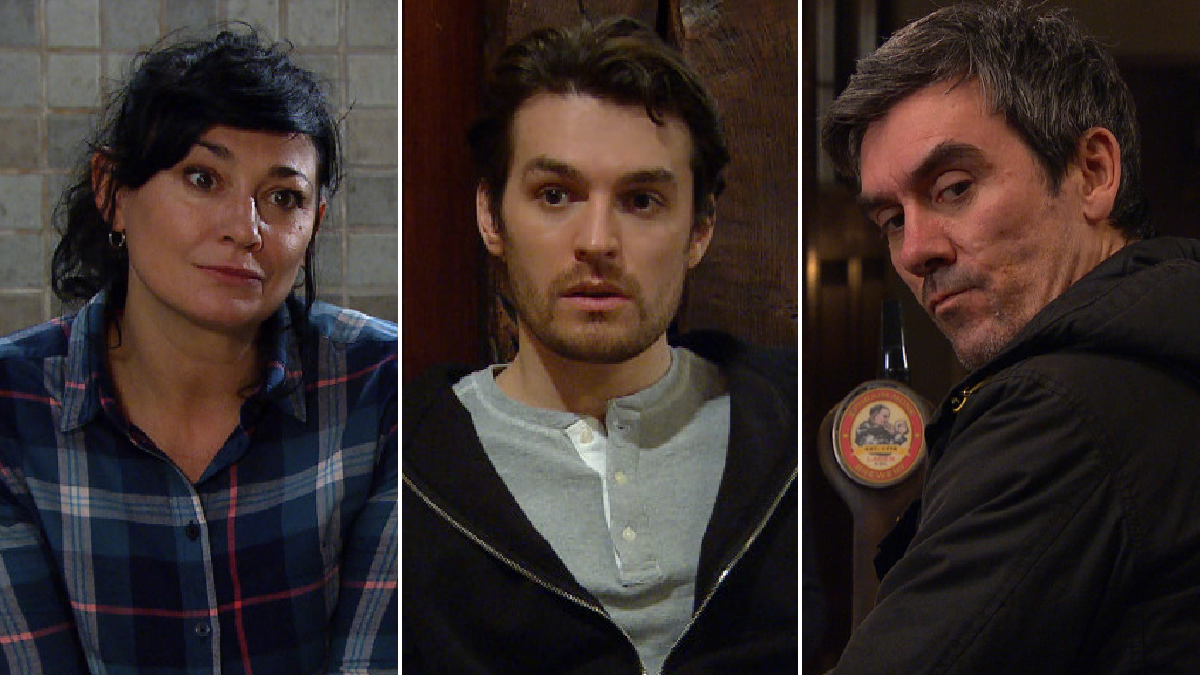 Emmerdale’s Mackenzie Boyd (Lawrence Robb) may think that he’s got more lives than a cat, but is he about to be outsmarted by his own sister?

Viewers have seen Mack sweet talk his way out of many a sticky situation, but Cain (Jeff Hordley) and Moira (Natalie J Robb) are about to set a plan in motion to catch him out.

An oblivious Mack will be seen assuring Charity (Emma Atkins) that he’s been discreet about his latest dodgy deal. But his eyebrows raise when Charity tells him that she’s invited Aaron (Danny Miller) along because he threatened to rat them out should she not cut him in.

With Charity’s warning to not mess the job up ringing in his ears, Mack heads off to conduct his business, only for his buyer to be left furious when he finds a tracker among the goods in the back of the van.

Fearing a trap, the contact flees, leaving Mack and Aaron in shock as to how things have gone so badly awry.

What they don’t realise, though, is that the tracker has been planted by Moira and Cain, who are now creeping up to the location where the signal has led them.

But will they be in time to catch Mack and Aaron in the act?

And will Mack be in for an ear-bashing from Charity when she discovers that he and Aaron have come home out of pocket?

Join the community by leaving a comment below and stay updated on all things soaps at our homepage.