Money Heist is now in its fourth series and all eight episodes have dropped on Netflix for fans to binge-watch.

One of the characters on everyone’s minds this season is Lisbon (played by Itziar Ituno), but she was not always known by that name.

Fans have been wondering why Lisbon entered the Bank of Spain in the new series, and here is everything you need to know.

In the first series of the Spanish crime drama Money Heist, or La Casa de Papel, Raquel Murillo is introduced as an inspector of the National Police Corps.

In the third season, she comes back with a new name – Lisbon, and the series focuses heavily on her relationship with The Professor (Alvaro Morte).

But in the fourth series, she goes back to working for the police and hopes to defeat the gang she had previously joined.

The price if she fails is 30 years in prison and there is a lot at stake for her in the new series. 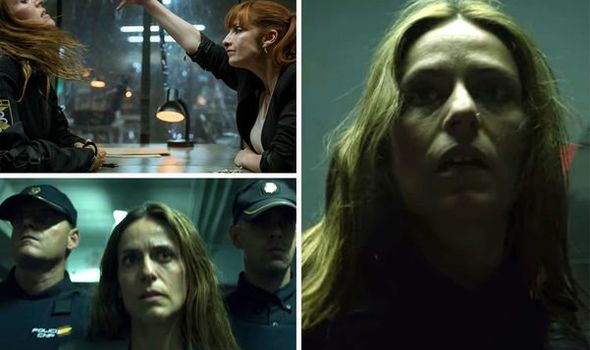 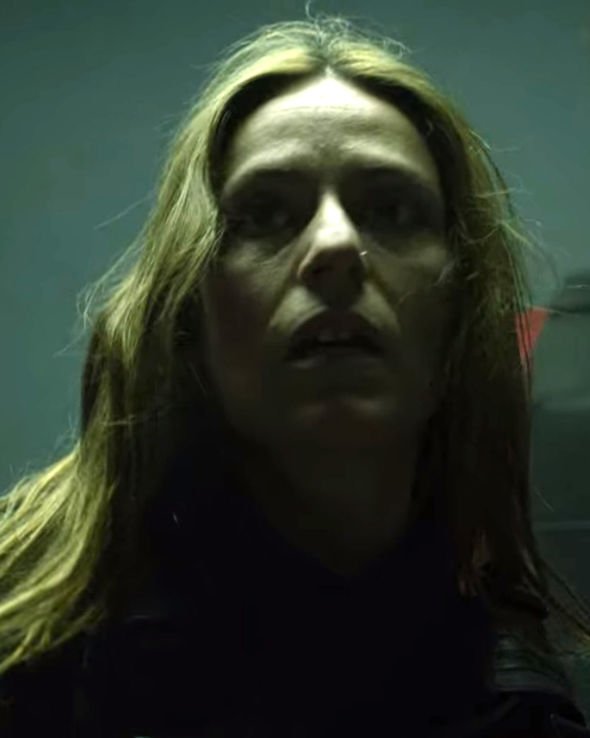 In the third season, The Professor’s gang went inside the Bank of Spain as part of Berlin’s (Pedro Alonso ) heist plan, but it did not go as expected with Lisbon presumably dying.

In the fourth series The Professor came up with a plan to get Lisbon back – he had presumed her dead but she was actually in custody.

She was transported from the Spanish Intelligence custody and stood trial, where she revealed to the judge the gang’s plan to rob the Bank of Spain.

To those around her, it was a shock reveal but it was all part of a scheme, and with some help, The Professor tunnelled into the parking lot where Lisbon was being transported to the trial. 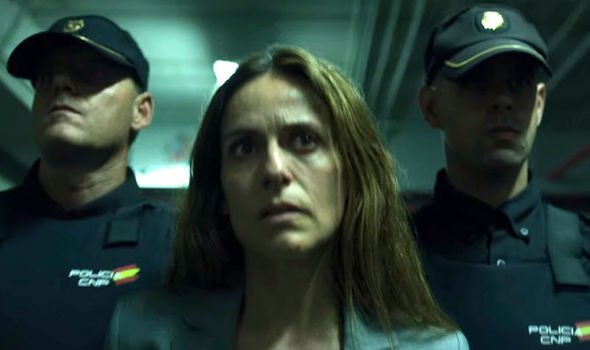 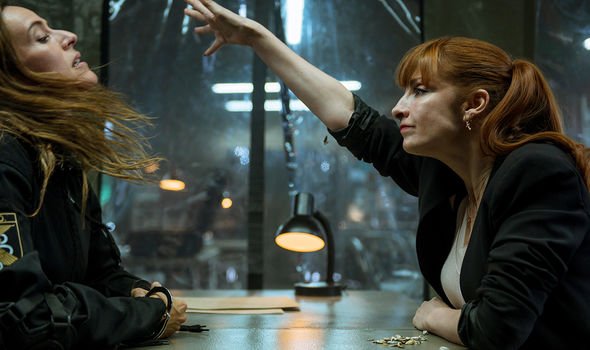 In order for the intelligence team to not suspect anything, a woman who looked like Lisbon was used in a swap and took her place before being taken to prison.

Some fans thought The Professor would see Lisbon again after her rescue but rather than bringing her back, he sends her to the Bank of Spain.

With Nairobi now dead after being shot in the head by a previous hostage who escaped, the gang is short of one player.

In order for them to succeed in their plan, Lisbon needs to be on the same side as them, and she is a pivotal character in the new series.

One fan tweeted following the latest series saying: “Take a moment and take a bow to the creators of Money Heist.

“Believe me when they achieved [taking] Lisbon to the Bank of Spain it was the best moment of the whole robbery.”

The gang and The Professor cheer as Lisbon is reunited with the group and they all share a hug, but the professor starts to look heartbroken.

He says to the group: “Listen to me, this war, we’re going to win.” Lisbon then says: “For Nairobi”.

Lisbon is played by Itziar Ituno, a Spanish actress who studied at Basauri Theatre School and made her debut in a thriller called The End of the Night in 2003.

She has since taken on more than 20 roles, including a role in the film Flowers and the Netflix feature film Twin Murders: The Silence of the White City.

The actress has just revealed she has tested positive for the coronavirus, and she posted on Instagram to tell her fans.

She said: “Today we have received confirmation of the epidemiological test. It is a coronavirus.

“My case is mild and I am fine but it is very very contagious and super dangerous for people who are weaker. Take care of yourself.”

Money Heist season 4 is available to watch on Netflix now