Money Heist season five is on its way to Netflix and fans are wondering what escape plan the gang will come up with. The Professor (played by Álvaro Morte) had just been caught out by Alicia Sierra (Najwa Nimri) and she was seen pointing a gun at him. Some fans believe he will give up the gold in order to get the gang to safety in a huge plot twist.

Will the Professor give up the gold for the gang’s freedom?

La Casa de Papel will be returning soon and the pressure is on for the Professor to worm his way out of the confrontation with Alicia.

He had believed they had found a secure location, but the Spanish police officer was able to track them down.

The last scene of season four saw Alicia holding a gun to the Professor and fans have been speculating how he gets himself out of the stand-off.

They have taken to Reddit to discuss ways in which the gang will get the gold out and escape with their lives.

One said: “I think Professor will negotiate for the release of the gang in return for the gold, or else they will blend in the sea of Dalis and escape.” 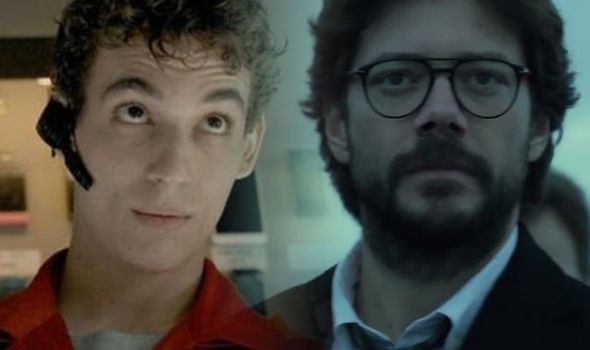 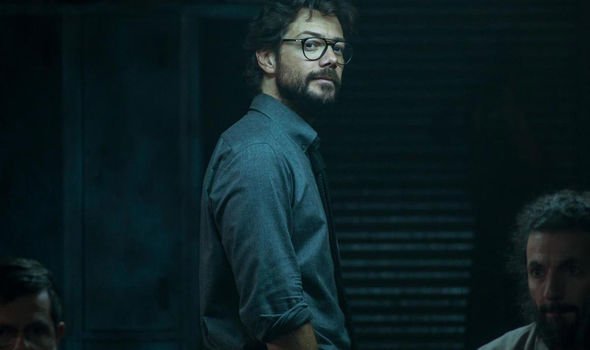 Some have suggested there will be no negotiation and the gang will simply stay put until the police arrive.

Another fan said: “What if they don’t negotiate and don’t release the gang? They just stay in there with the gold until eventually the police come in and it becomes a bloodbath.

“They wouldn’t really have a way to get the gold out of the bank in case the police don’t negotiate.”

There are theories circulating about how the gold will leave the bank, with some fans saying it will be melted down or transported using water.

Plenty of fans are convinced the gang will be able to hold onto the gold by transporting it through water pipes. 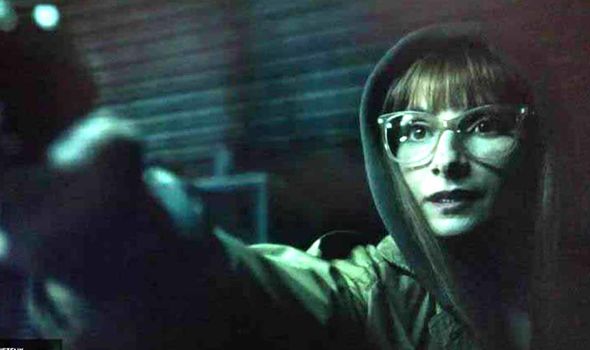 Another Reddit user said: “Inside the vault of the Spanish bank, together with the large pipes that bring water to the vault, there are small holes from which water comes out.

“Well, it is from there that the small balls of gold will enter which will then be led 45km away or to the water tank from where the professor directs the team.”

The Professor was also spotted reading a book about pneumatic tubes, so they could be used to help transport the gold.

Even if the gold does make it out of the bank, there is nothing to say the group will make it out alive.

Some viewers believe the Professor will reach his demise in the upcoming season, following his confrontation with Alicia. 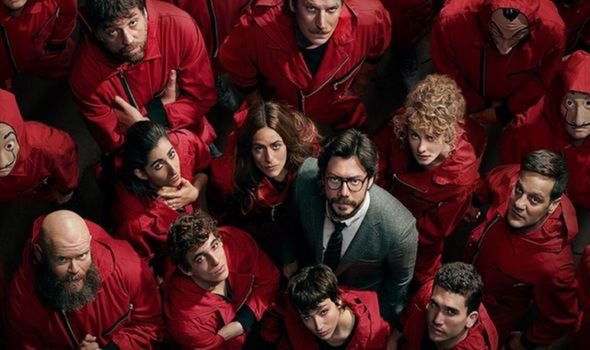 One of the biggest unanswered questions is how the gang will make it out of the Bank of Spain, which is surrounded by police.

They have 90 tons of gold to shift and they may require some outside help in order to get what they want.

There is a high chance the Professor will use some of the gold as a bargaining chip, as the main aim all along had been to free Rio (Miguel Herrán).

The gold may be the only sacrifice they can make in order to escape with their lives, and many fans are in agreement.

Another said: “Depleting Spain’s gold supplies would have a huge impact on their economy. It wasn’t about the money for them it was to free Rio and they’ve got that.”

Alicia may also play a huge role in the group’s escape plan as there are rumours she may even join the gang.

Having a former policewoman on the inside would be a huge advantage and she could even act as a double agent.

Alicia was pregnant when she confronted the Professor and she is expected to give birth early on in the new season.

The Professor is likely to be the one who sees her through the birth, and this could be his way in when it comes to getting her on his side.