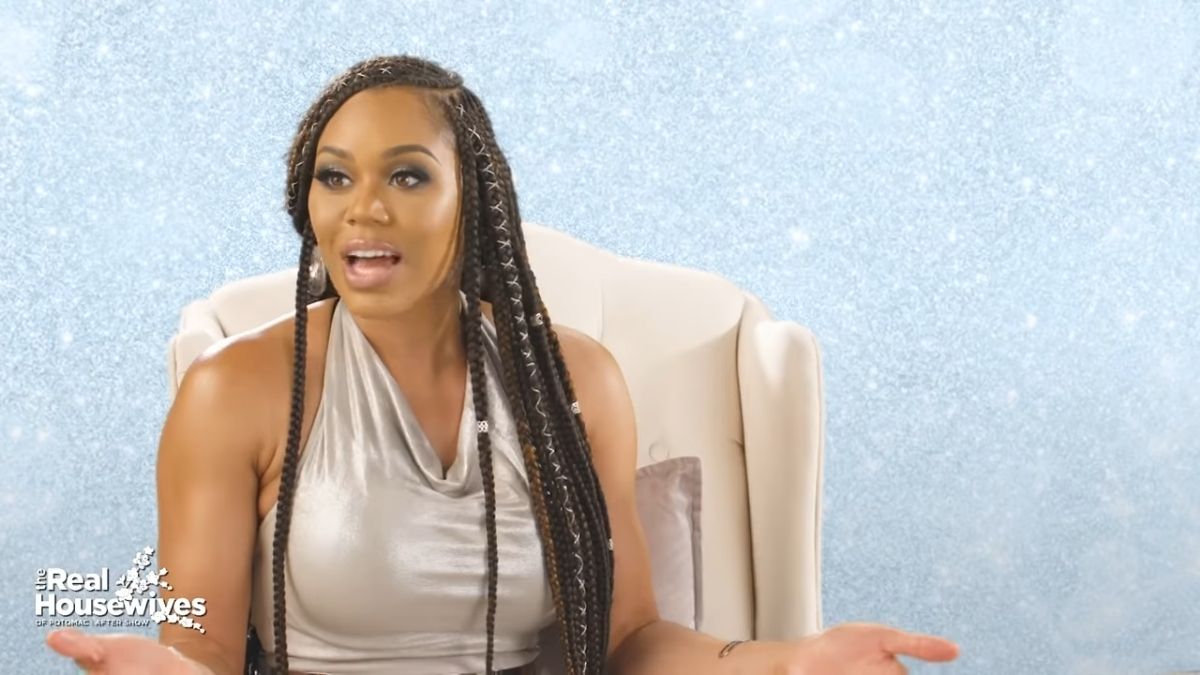 And apparently her former friend Candiace Dillard also knew about the plot.

Things have taken a more dramatic turn on the Real Housewives of Potomac, resulting in a shocking fight between Monique and Candiace.

Since then, many of the women have iced out the mom-of-three and sided with Dillard.

However, Monique is shedding more light on what viewers didn’t get to see prior to the altercation.

A video was recently shared on YouTube of the RHOP alum dishing about all the drama that has gone on this season.

Monique explained that her fight with Candiace was not pre-meditated but says a plot to tear down her family was!

And it seems former cast member Charrisse Jordan was all up in the mix, which is why Monique was so upset when Candiace kept bringing her around.

Monique dished on what went down before Season 5 aired, noting that certain cast mates tried to create a damaging storyline for TV.

“Candiace went on Instagram live weeks ago and exposed those ladies who were trying to plot and bring those stories to the show,” purported Monique.  “Gizelle was one of them, Robyn supposedly was there, Candiace was there.”

The reality TV personality continued, “The statement that was made was ‘we wanna bring this tea to the show.’”

This “tea” is the allegation that Monique was having an affair with her trainer, and that her youngest son, Chase was actually the trainer’s child.

The plot did not work

During the video chat, the Real Housewives of Potomac alum continued to delve into the plot against her.

The Not for Lazy Moms podcaster explained why the rumor regarding the supposed affair with her trainer didn’t quite make the cut.

“Candiace says ‘that’s not gonna fly because the baby looks just like Chris. You have to come from a different angle.’” continued Monique

The 37-year-old questioned how her friend at the time, participated in the plot and didn’t tell her. She says Karen Huger was the one who spilled the beans and when she confronted the former pageant queen, she admitted it!

It seems when the first rumor did not fly, another one was created, and the Bravo alum alleges that Charrisse was spreading the false allegations. “The rumor that this person was helping to facilitate was that my miscarriage was an abortion,” shared Monique.

“A few weeks later we started filming,  the first person I see is Charrisse. So that is the story that has not been told because the women know how nasty it is!”

She added, “You’re coming after an innocent child and you’re trying to tear up a whole black family, all for what? for TV and for storyline.”

The Real Housewives of Potomac airs Sundays at 9/8c on Bravo.