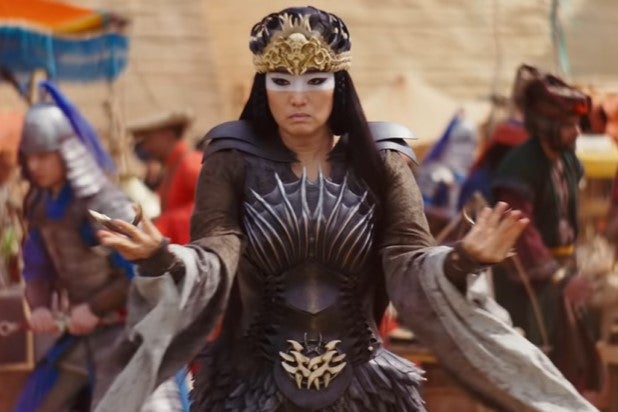 Disney’s “Mulan” remake is facing scrutiny after its credits thanked the Turpan Municipal Bureau of Public Security, a bureau that has helped China’s communist government imprison Muslims in concentration camps.

Axios’ reporter Bethany Allen-Ebrahimian tweeted on Monday that the movie’s shoutout was “truly outrageous,” considering the bureau has been “deeply involved” in running camps in Xinjiang, a region in Northwest China. The region is best-known in recent years for being at the heart of China’s attacks against Uyghurs, a Turkic-speaking ethnic minority who mostly practice Islam. At least 1 million Uyghurs are held in state-run concentration camps, according to PBS.

Disney did not immediately respond to TheWrap’s request for comment on why “Mulan’s” credits thanked the bureau.

The camps have been used to beat and humiliate Uyghurs — including forcing some prisoners to eat pork, which is forbidden in Islam — according to multiple reports. At the same time, the Chinese government has been accused of running a “mass rape” program against Uyghur women by forcing them to sleep with men of Han descent.

On Monday morning, The Washington Post ran an opinion piece calling the film’s credits a “scandal.” Security forces in Turpan, a city in eastern Xinjiang, have played a key role in the state’s systematic oppression of Muslims, writer Isaac Stone Fish explained.

“Turpan has been directly implicated in these crimes,” Fish wrote. “In 2017, Communist Party officials in the city faced a problem. Like officials throughout the region, they had begun to round up Muslims and send them to concentration camps. But Muslim students from other parts of the country were returning home and asking officials about their parents. And so officials prepared a detailed question-and-answer guide. ‘They’re in a training school,’ officials were chillingly taught to reply. ‘They have very good conditions for studying and living there, and you have nothing to worry about.’ That answer couldn’t be further from the truth.”

The film has also been criticized after star Yifei Liu supported Hong Kong police last year, who have been seen as repressive against pro-democracy protesters. Liu’s support sparked the #BoycottMulan campaign, with many Twitter users saying they won’t watch the movie due to her comments.