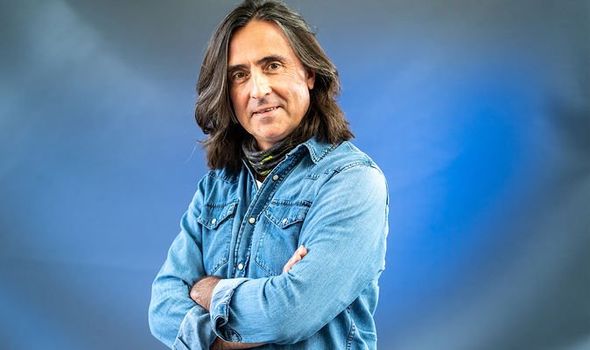 He made his TV debut in Two Men In A Trench, “excavating battlefields”. He loves The World At War, can’t stand Love Island, and is about to publish a new book.

What was your first TV memory?

I go all the way back to Watch With Mother, with shows like Trumpton and its spin-off Chigley. I can still remember ‘Pugh, Pugh, Barney McGrew…’, and the test card girl, and having to wait five minutes to watch TV as the valves warmed up.

Who was your first TV crush?

We were big consumers of Top Of The Pops so probably Kate Bush and Debbie Harry. That would explain my early attachment to Wuthering Heights.

What was your first TV appearance?

It was Two Men In A Trench, an archaeological series about excavating battlefields that I made with Tony Pollard. We were in the middle of filming it when Foot & Mouth struck, which meant we had to put the show on hold for a year.

What is your favourite current show?

Clarkson’s Farm, it’s genius. His portrayal of farming life is beguiling. I’m not a petrol-head but I’ve always appreciated Clarkson’s brilliance. I also love Mortimer & Whitehouse: Gone Fishing which has a genuine shimmer of magic. I used to phone my dad, who sadly died last year, and my sister after each show to discuss how much we loved it.

Which TV show would you take to a desert island?

I’d go for The World At War narrated by Laurence Olivier, which was a kind of masterpiece; and it included testimonies from the survivors, the veterans who are all gone now but who are fixed on film like fossils trapped in the rocks of time.

What TV show would you like to put out of its misery?

I appreciate people have different appetites, but for me, it would be reality TV. Love Island and all of that stuff, it’s soul-sapping, and there have been so many horror stories about the toll they take on participants. I wouldn’t take an axe to it but I’d walk past that forest.

Man v. Food with Adam Richman. He is so charismatic and there’s that glint in his eye. There was a lot of ghost chili involved, chicken wings that were basically bio-toxic. He’d have to lick a fridge between bites to survive.

What are you up to at the moment?

I’m just about to publish my new book, The Story Of The World In 100 Moments. It’s a book for people who love the romance and excitement of history.