Naga Munchetty spoke to the mother of teenager Harry Dunn, Charlotte Charles, on BBC Breakfast earlier today and was left frustrated when technical problems meant the interview had to be cut short. Charlotte is calling for Dominic Raab to resign over the handling of her son’s case but BBC viewers struggled to hear the grieving mother as the video connection cut out several times. When Naga cut the interview short, she remarked it wasn’t “fair” to carry on the discussion if Charlotte couldn’t be heard properly.

Introducing the interview, Naga said: “The mother of teenager Harry Dunn who died after being hit by a car outside an American airbase in Northamptonshire says the foreign secretary should resign over the way his case has been handled.”

Charlie Stayt continued: “Charlotte Charles has called for this after seeing photos of Dominic Raab attending a reception at the US Embassy days before the woman suspected of being involved in her son’s death left the UK.”

“Charlotte joins us now from her home in Northamptonshire this morning, thank you very much Charlotte for talking to us on breakfast,” Naga said.

The BBC Breakfast host then asked her to explain why she is calling for the foreign secretary’s resignation. 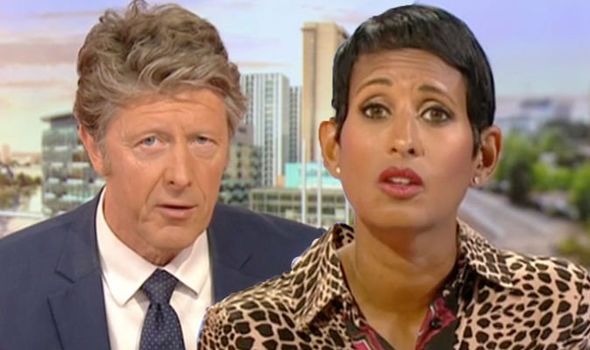 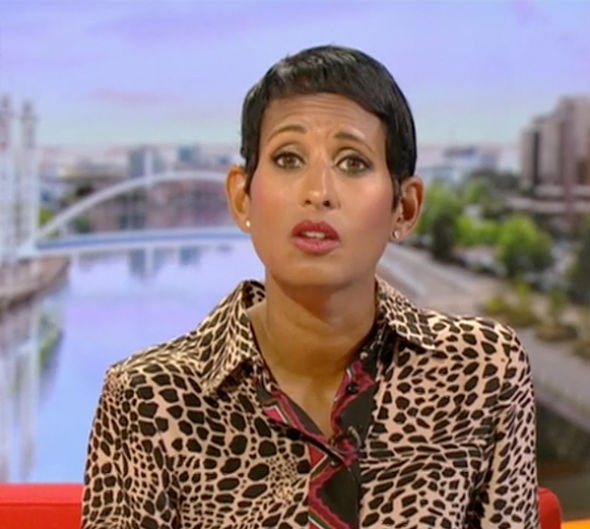 However, Charlotte’s responses couldn’t be clearly heard as the video connection cut in and out while she responded.

“I’m so sorry,” the BBC Breakfast host said as she brought the interview to an end. “We were talking to her because she’s calling for the resignation of Dominic Raab because of recent events and events that have shown him attending an event at the American embassy.

“We tried talking to her as you saw there was some technical difficulties we might get her back later in the programme. 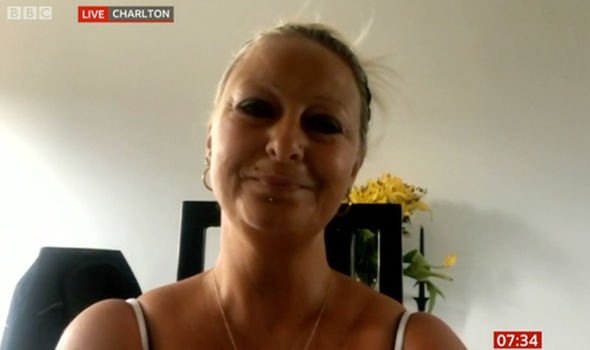 “But we do want her to give a clear response and the way that was interrupted, it’s just not fair.”

Luckily, BBC Breakfast was able to improve the connection and Charlotte re-joined the show later on.

Naga re-introduced: “A moment ago we were talking to Charlotte Charles who’s the mother of Harry Dunn.

“He was killed when his motorbike crashed into a car outside a US military base in Northamptonshire in August last year.” “We had some problems with the line, we can get back to Charlotte Charles now,” she added. “Charlotte thanks very much for staying with us and getting the technology sorted out.

“I’ll ask you again why are you calling for Dominic Raab’s resignation?”

Charlotte answered: “Purely because I don’t think he’s dealt with anything very well right from the off.

“He keeps putting out statements there saying he has dealt with everything lawfully he definitely hasn’t.”

“Would it be helpful to meet Dominic Raab face to face to thrash this out or these days technologically. Would that be helpful to you?” Naga later asked.

“I can’t see how it can be, we’ve always been open to dialogue. We have met him on a few occasions,” she replied.

“The first occasion he was extremely rude, the other occasions were a bit better, we have tried getting the truth out of him.”

“We have asked endless times to meet with our Prime Minister and we haven’t had the courtesy of getting a reply from him,” she added.

Naga thanked Charlotte for speaking on the show and remarked: “I hope the situation is resolved soon.”

BBC Breakfast airs daily on BBC One at 6am