Jack Sloane (played by Maria Bello) has been pivotal figure in the NCIS universe since her introduction three seasons ago. Therefore, when actor Bello announced earlier this year she’d be leaving the CBS drama, the entire fandom were left speculating just how their favourite onscreen forensic psychologist would say her goodbyes. And now following a recent interview with co-showrunner Frank Cardea, it looks like it may not be in the happiest of cricumstances.

A Jack Sloane death has long been tipped by fans ever since it was revealed Bello would be leaving the show.

After all, NCIS is no stranger to killing off some of its biggest stars in history, from Caitlyn ‘Kate’ Todd (Sasha Alexander) to Ziva David (Cote de Pablo) – although notably the latter was brought back from the dead.

And considering Sloane’s prominence in the series in recent years, what more shocking way to see her leave than in dire circumstances.

It’s something Cardea hasn’t ruled out during a recent chat previewing her her exit. 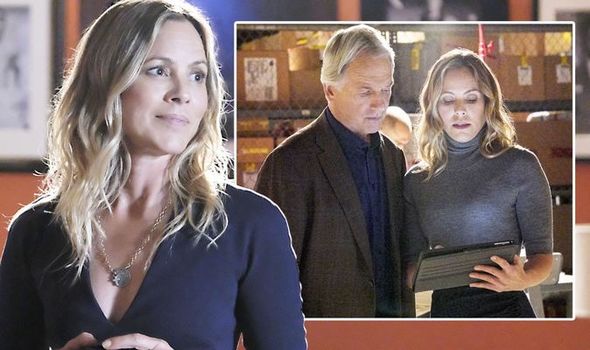 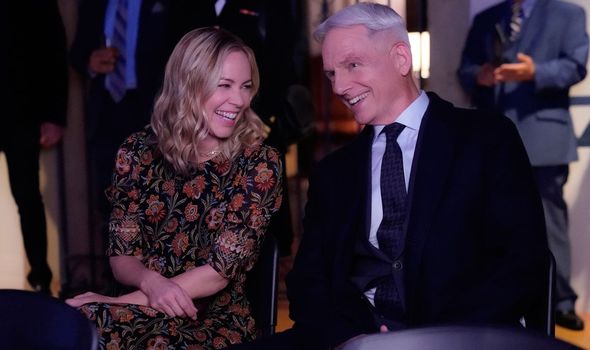 “When we’re trying to figure out how to exit a character, one thing we always ask is: ‘What does that character deserve?’” Cardea told TVLine.

“And the character of Sloane is a very strong character and a passionate character,

“So we’re going to really have her go on something worthy of that.”

What more worthy way in the NCIS universe is there than an explosive death? But this wasn’t the biggest clue Cardea dropped that hints at her demise. 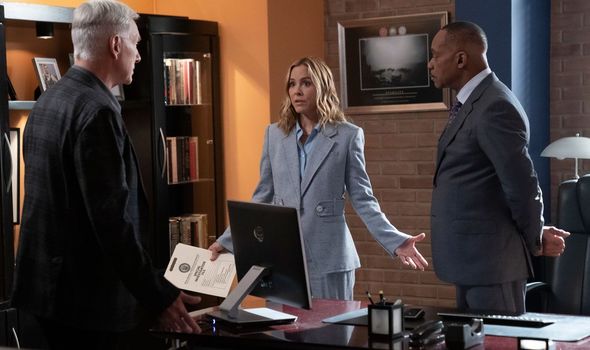 Sloane has built up quite the bond with series lead Gibbs (Mark Harmon) in recent seasons.

The duo’s will-they-won’t-they relationship has provided the basis for some of the most gripping and emotionally-charged scenes, especially in season 17.

However, Cardea has confirmed their relationship and any speculation over it would be given a complete ending.

He told the publication fans’ “ongoing wonderment about what’s going on between her and Gibbs” would be resolved.

Surely the only way for there to be a full stop to that line of questioning would be for Sloane to exit in definitive circumstances.

And what’s more concrete than a character dying and ruling out any possibility of a return – unless you’re Ziva, of course.

Could Sloane find herself crossing the paths of someone she shouldn’t? Or could she sacrifice herself to save Gibbs in one final show of love?

Fans will have to wait until season 18 airs to find out for sure but her exit is bound to have dire repercussions to others in the team, particularly Torres (Wilmer Valderram) according to the star.

Valderrama told TV Insider Torres may have difficulty seeing Sloane leave after she proved herself to be a loyal ally in recent years.

When asked about Sloane’s exit, he said: “I will tell you that if that event [Sloane’s exit] really does happen, it’s going to be interesting for Torres,”

“Because he’s learned to lean on them [Sloane and Gibbs] for different things, and he’s learned a lot from them.

“I think you’re going to see a more vulnerable Torres, and he’s not going to like it.”