Juster also wrote “The Dot and the Line,” which was adapted as an Oscar-winning animated short by Chuck Jones 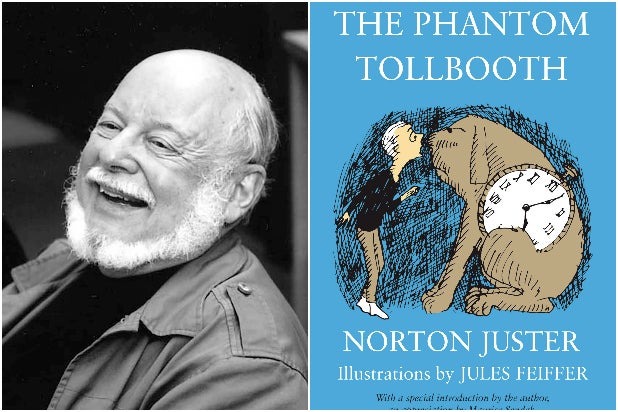 Norton Juster, the children’s author best known for his books “The Phantom Tollbooth” and “The Dot and the Line,” has died. He was 91.

Mo Willems, an author and animator and close friend of Juster’s, first announced that Juster passed away Monday night. A representative from Penguin Random House also confirmed his passing, though no other details were available.

“My lunch partner, Norton Juster, ran out of stories & passed peacefully last night,” Willems wrote. “Norton’s greatest work was himself: a tapestry of delightful tales. Miss him. ‘To the vector goes the spoils.’”

Juster’s “The Phantom Tollbooth” was published in 1961 as illustrated by Jules Feiffer, and the book is a fantasy adventure story about a bored schoolboy who drives his toy car through a magic tollbooth that transports him to the once prosperous Kingdom of Wisdom. The book won the George C. Stone Centre for Children’s Books Award and was adapted into a feature film by MGM in 1969, and it is considered an all-time children’s classic, selling more than 4 million copies.

His follow-up book “The Dot and the Line: A Romance in Lower Mathematics,” was also illustrated by Juster and would in 1965 be adapted into an Oscar-winning short animated film co-directed by Chuck Jones. Some of his other credits include “Alberic the Wise,” “Otter Nonsense,” “As: A Surfeit of Similes” and “The Hello Goodbye Window,” which won the Caldecott Medal.

Juster was originally born in New York and also worked as an architect, opening his own firm after spending three years in the Navy. And between 1970-1992, Juster taught architecture and planning at the Pratt Institute in New York and was the professor of design at Hampshire College in Amherst, Massachusetts. He retired from both architecture and teaching but continued to write late into his life.

In 2018, TheWrap reported that a new version of “The Phantom Tollbooth” was in the works as a feature film from the director of “Rio,” Carlos Saldanha.