Mr Stayt, 58, and his BBC Breakfast colleague Naga Munchetty, 46, were joined on the show by Mr Hancock, 42, in light of the concerns being reported about the AstraZeneca vaccine. One of the headlines the hosts focussed on during Thursday’s edition of the BBC news programme was how under 30s are going to offered an alternative vaccine after several cases of blood clots were reported in people who have already been given the AstraZeneca jab. However, next month, members of the public will be voting in the mayoral elections and when the Health Secretary referenced this in the interview, Stayt wasn’t too impressed.

Candidates from the leading Parties in Government are already out, spearheading their campaigns to secure the public’s votes.

Party political broadcasts have begun airing on television this week as mayors across the country will be chosen in less than a month.

One of the contenders for the mayorship of the West Midlands is Conservative’s Andy Street, 57, who has the support of the Health Secretary.

Hancock reiterated his backing for his colleague in reference to the vaccination programme and urging viewers to get the jab when they are called.

“It is clear from the evidence that the benefits to you of having the jab outweigh the risks and critically have an impact on everyone else.” 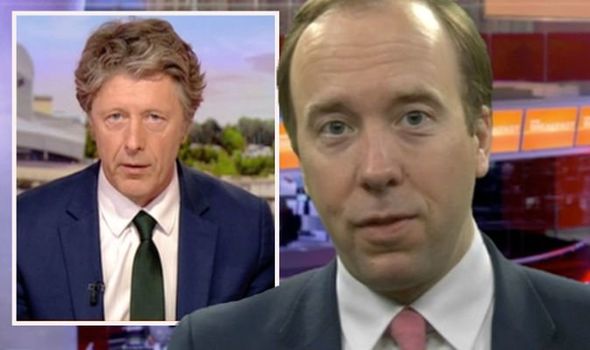 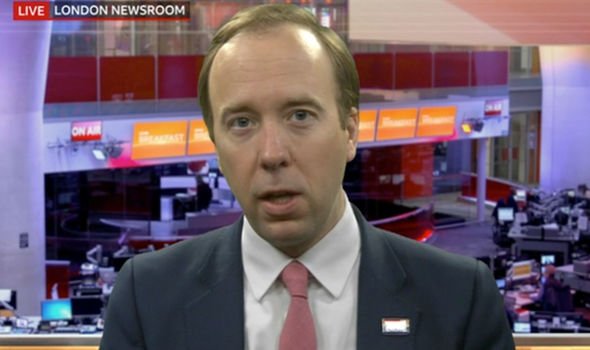 The Health Secretary continued: “And you’re doing it not just for you but for your loved ones and for your country.

“And that message has really resonated over the last few months and it’s led to this enormous programme,” he added before the mayoral elections cropped up in the discussion.

“I was out in Birmingham with Andy Street [on Wednesday] who is campaigning to be re-elected as mayor and [it was nice to see] the smile on people’s faces when we talked about the vaccine.

“Because people have had the jab and they know it’s the right thing to do but critically it makes you safe as well.” 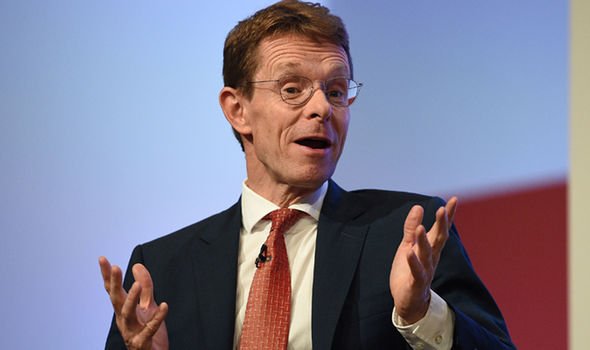 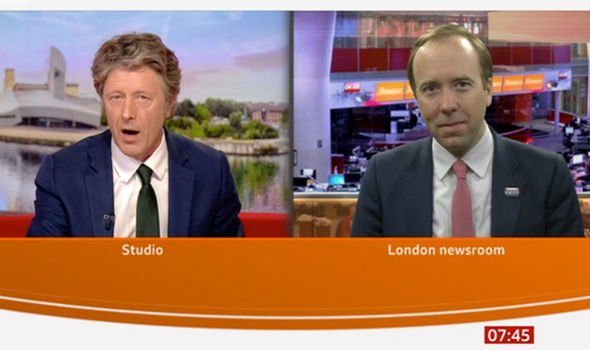 We’re not talking about that

Before Hancock could continue, he was cut off by Stayt as the host interjected to shut down the discussion on elections.

“Clearly, we’re not talking about the local elections in this interview now. I’m sure you appreciate that,” the presenter said as he silenced the politician.

The Health Secretary was seen giving a quick smirk before carrying on with the vaccination debate as he tried to reassure viewers.

It seems the politician was pleased with the success of the programme as he told the presenters: “We have the highest enthusiasm for this vaccine of any other country.

“I just think that is wonderful but one of the reasons I think for this is because we in Government aren’t saying, ‘Do this because we say so.’

“We are saying listen to the scientists and look at the data yourselves. It’s all published there on the internet.”

With concerns about the AstraZeneca vaccine rife, the Health Secretary also told the host there was enough of the Moderna and Pfizer jabs for the under 30s.

“We have more than enough to offer people either one of those two vaccines and the maths is there are 10.1 million people between the ages of 18 and 29 in the UK.”

“1.6 million have already been vaccinated because either they are care workers or clinically vulnerable and that leaves 8.5 million people [still to have the jab],” he continued.

“And we have more than enough Pfizer and Moderna vaccines so if all of them have the jab then we will be able to ensure everyone can get it.

“This doesn’t impact on the speed of the rollout,” he told Stayt.

Trials to test the AstraZeneca vaccine in children has also been paused over concerns about blood clots.

BBC Breakfast airs weekdays at 6am on BBC One.