Starz drama Outlander recently took a sinister turn after it looked like one character had met their maker. The show saw its most impressive conflict sequence to date since the Battle of Culloden. The big questions on everyone’s lips now is: Has Roger MacKenzie (played by Richard Rankin) really died?

What will happen in Outlander season 5, episode 8?

WARNING: This article contains spoilers from Outlander season 5 and the Diana Gabaldon novels

Starz has confirmed Outlander season five, episode eight won’t be airing for two weeks, which is most likely due to the Easter Break.

The forthcoming episode is called Famous Last Words and will be airing on April 12 on Stars in the US.

Amazon Prime will be dropping the episode the next day on April 13 for British fans.

However, the American broadcaster has shared a short summary and a promo trailer to keep fans champing at the bit. 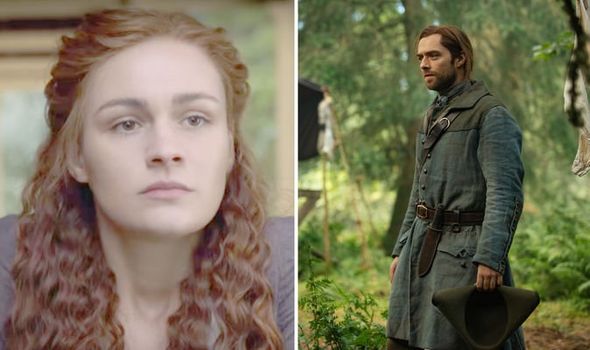 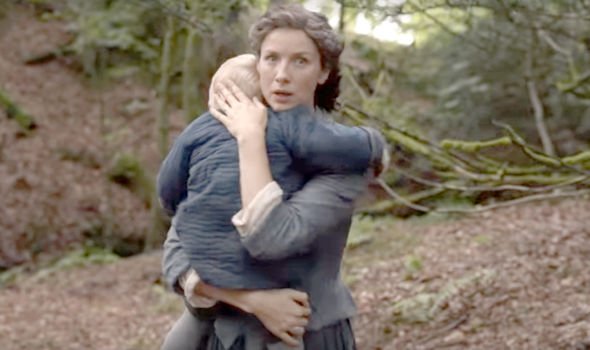 The episode synopsis reads: “The Frasers must come to terms with all that has changed in the aftermath of the Battle of Alamance Creek. An unexpected visitor arrives at the Ridge.”

In the promo, a grief-stricken Jocasta Cameron (Maria Kennedy Doyle) says to Jamie Fraser (Sam Heughan): “Murtagh and I, we’re not husband and wife.”

“That doesn’t make the pain any less,” Jamie responds as he struggles with his own feelings of loss.

The trailer goes on to address Roger’s fate as Brianna (Sophie Skelton) reads a letter. 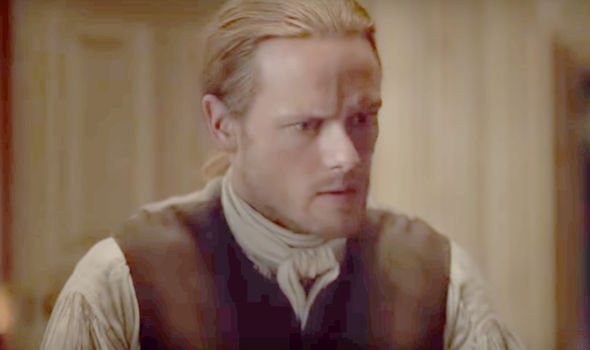 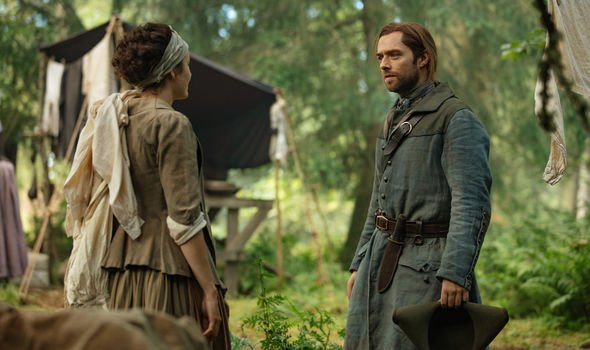 Her father Jamie says: “Governor Tryon has granted you 5,000 acres in the backcountry.”

“Why?” Brianna asks. Claire Fraser (Caitriona Balfe) reasons: “Perhaps he thinks he can buy your forgiveness.”

However, Brianna is left angry as she retorts: “I don’t need land, I need my husband back.”

The trailer cuts to a scene between Marsali Fraser (Lauren Lyle) and Claire as the medic quizzes her apprentice about some missing water hemlock.

But things are about to get a whole lot more dramatic as an intruder arrives as Fraser’s Ridge.

A terrified Claire clutches her grandson Jemmy as she stands with Jamie in the woods.

“Take Jemmy and go to the cabin. Now!” Jamie instructs Claire as she lets out a gasp and the dramatic promo ends.

Fans have been scouring the video for clues about Roger’s fate after the Starz series delivered a cruel blow to fans this week and it looked like he’d died.

The show seemed to suggest the character had perished after he was mistaken for a Regulator at the battle at Alamance and hanged.

Brianna was left distraught after she saw a group of men strung up from a tree with her beloved husband apparently among them.

From the trailer, it does seem like Roger is a goner and yet fans are hoping Claire will somehow manage to save him.

Outlander actor Rankin added more fuel to the fire after he seemed to suggest on Twitter he’d left the show.

Posting to his 114,000 followers, he wrote: “I’ve very much enjoyed my time on @Outlander_STARZ.”

While his words suggest it’s curtains for Roger, in the Outlander novels by Diana Gabaldon, the character does survive.

Whether the writers are going to follow this plot point remains to be seen but fans are hopeful after Brianna has had to endure so much.