Sam shot to worldwide fame for his role as Scottish Highlander Jamie Fraser on Starz’s award-winning drama Outlander. During a chat with his co-star Caitriona Balfe, Sam dropped a major tease of season two of his hit show Men in Kilts.

As fans eagerly await Outlander’s seventh season, many fans will undoubtedly be glad to hear they could soon be seeing Sam on screens elsewhere.

In 2021, the actor and fellow Outlander star Graham McTavish journeyed across their homeland of Scotland for their documentary show Men in Kilts.

Throughout the series, the duo explored the rich culture and heritage the country has to offer, they also shared laughs as they met with experts and local artisans.

As the series came to an end after eight episodes, thankfully Jamie was able to offer up an update to keen viewers. 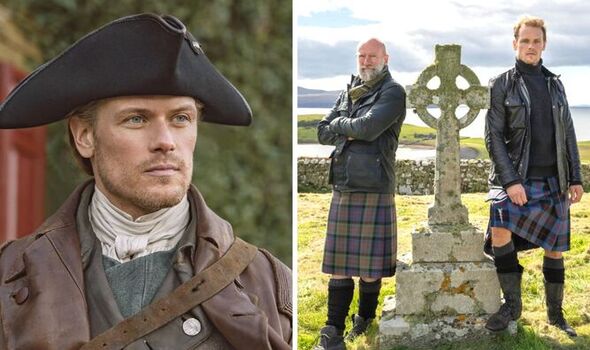 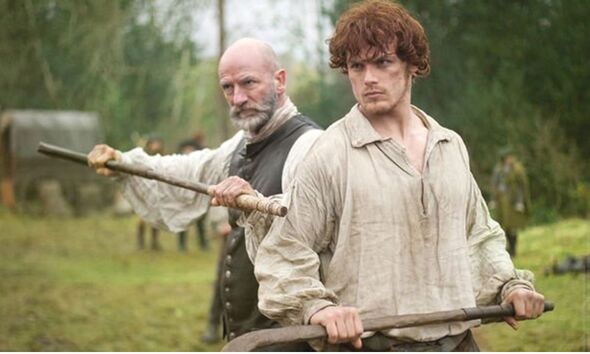 While speaking to his onscreen wife Caitriona Balfe on Instagram Live about Outlander, Sam spotted a question about Men in Kilts, which he was excited to answer.

He shared: “Yes, Men in Kilts we filmed it in New Zealand, that’s what I was doing this summer.”

An equally excited Caitriona added: “Hold on, tell us more about you and Mr MacTav.”

To which Sam responded: “Mr McTavish yes, we’ve shot season two of Men in Kilts in New Zealand, so that will be out sometime. 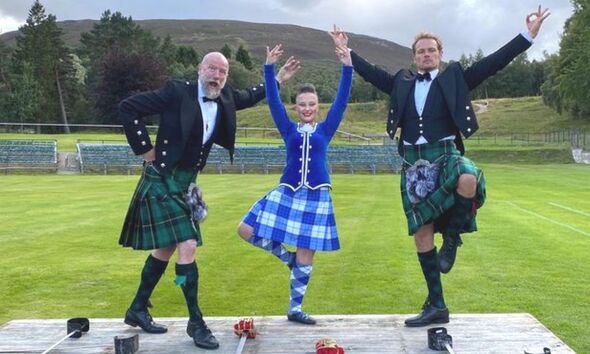 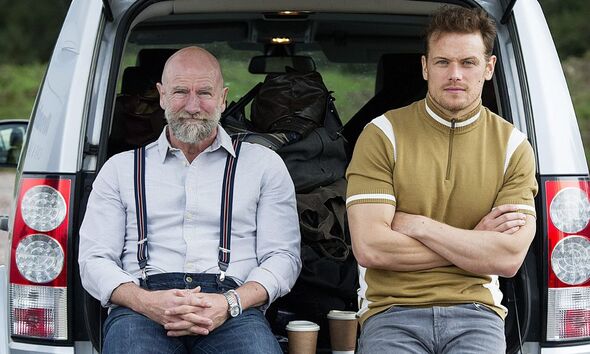 He continued: “There will be things to watch during the Droughtlander, obviously you can watch all six seasons of Outlander, I’m sure there’s a lot you guys have missed, so please do that, please re-binge.”

The first time viewers saw Sam and Graham on screens together was during season one of Outlander, when Graham starred as war chief Dougal McKenzie.

However, the character soon met his grizzly end in season two after being stabbed to death by Jamie.

Fans can be sure to be in for an adventure as Sam and Graham reunite to explore New Zealand together.

Despite this, there is much anticipation surrounding the return of Outlander as viewers are eager to find out Claire Fraser’s (Caitriona Balfe) fate.

The nurse had been falsely blamed and arrested for the death of her apprentice Malva Christie (Jessica Reynolds).

She had been separated from Jamie and was awaiting trial in jail, but depending on the final verdict Claire could be sentenced to death.

However, there’s a chance Jamie could come to her rescue as he was last seen galloping at full speed with his friends, presumably in the direction of Wilmington Prison.

Fans can also expect to get more out of the upcoming season as it was confirmed to have 16 episodes, more than season six’s eight episodes.

Caitriona explained: “What we did was we took the four episodes that we would have filmed [for season six], and we are now having them at the beginning of season seven, so season seven is going to be a 16-episode season.

“I think in that way, we are still able to do Outlander in the way we’ve always been able to do it; we take our time, we allow the story to unfold,” she added to Digital Spy.