Fans were treated to a third season of Ozark which dropped on Netflix back in March 2020, and they have already binge-watched their way through the 10 episodes. The latest series focussed on the Byrde family setting up their casino, ready for Marty’s new money-laundering operation. One of the characters introduced from the second series was Helen Pierce, played by Janet McTeer.

Who is Helen Pierce from Ozark season 2?

Helen Pierce is a Chicago-based attorney who represents the cartel in Ozark season two, but she finally has her comeuppance at the end of season three.

In season one Marty Byrde (Jason Bateman) and his family slowly descended into a life of crime and battled to keep the Snells, the Langmores and the FBI off their backs.

By the third series Jonah (Skylar Gaertner) confronts Helen at gunpoint about Ben’s (Tom Pelphrey) death, but Helen talks him out of shooting her, for the meantime.

Maya (Jessica Frances Dukes) reveals to Marty how Trevor (McKinley Belcher III) gave Helen a copy of the confession Marty made to Maya.

The huge twist at the end of the series is when Nelson (Nelson Bonilla) kills Helen and Navarro (Felix Solis) tells Marty and Wendy how this is the start of increased cooperation between the three of them. 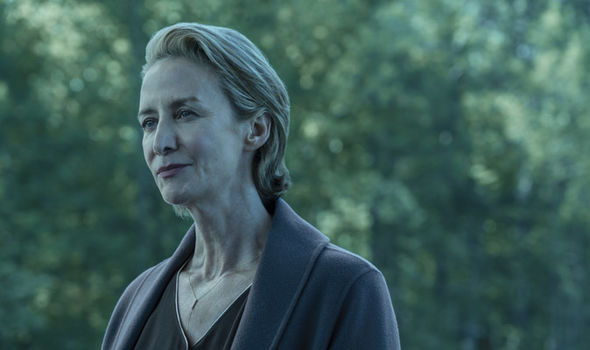 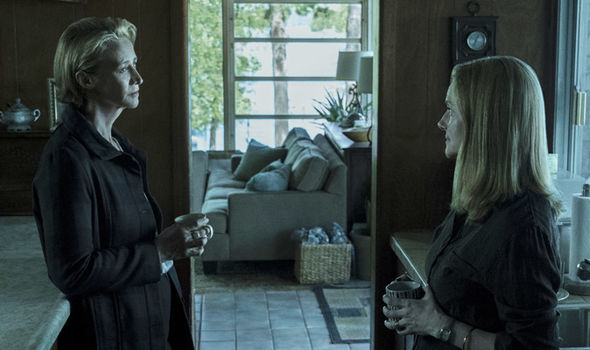 Helen is a whole new antagonist introduced to the mix for the second run.

She is the most significant new character whose presence is both “threatening and potentially life-saving, depending which side you’re on,” according to Netflix.

At the end of season one Darlene Snell (Lisa Emery) killed the cartel’s top boss Del, after he agreed to a deal to sell their heroine and build a casino.

The cartel sent Helen to the Ozarks after Del disappeared.

She is first introduced in episode two of season two where she makes it clear that she is not just an average lawyer and she threatens Marty with the violence that will be inflicted on him and his family if he doesn’t play ball. 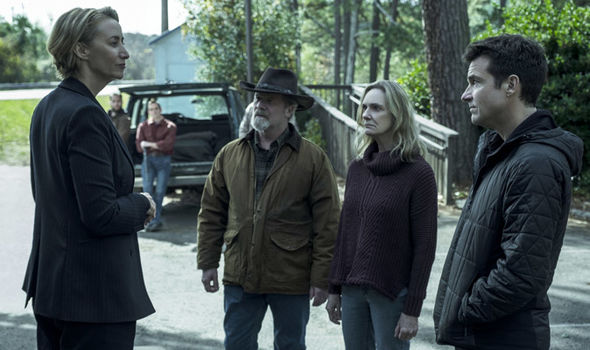 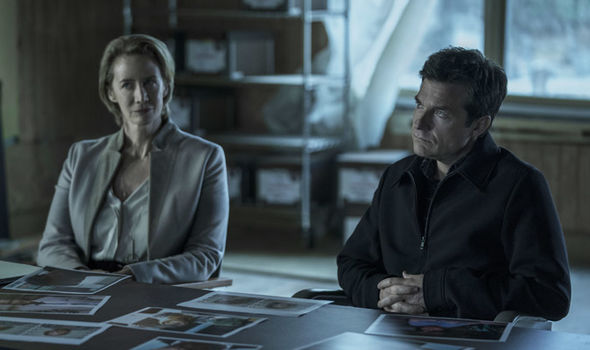 Who is actress Janet McTeer in Ozark season 2?

Janet McTeer is an English actress who starred in Netflix and Marvel’s Jessica Jones season two. She played the role of the titular character’s long lost mother, Alisa Jones.

With a prolific career in film and television behind her, McTeer is also known for starring in films such as Tumbleweeds, Albert Nobbs and Me Before You.

Her television credits include Battle Creek and Damages, and between 2018 and 2019 she played the role of Amy Shaw in Sorry For Your Loss.

Fans of the actress may be interested to hear she also voiced a video game called Populous: The Beginning, back in 1998.

Speaking about casting McTeer for season two, Bateman said: “What I really liked about casting (Janet) is her style of acting, which is very understated and subtle, and, therefore, effective and authentic.”

He added: “That kind of swagger is something that you just can’t fake.

“Janet just has real chops that fit the kind of mood we’re trying to present with the show.”

Fans took to Twitter to share their opinions of her character in Ozark, and of the final scene.

One fan said: “When Helen in Ozark says she will fix things, just know that the person involved will DIE.”

They have praised the female leads in the series, saying it was refreshing to see so many women in powerful positions.

Ozark season 3 is available to watch on Netflix now