PETER Andre is in trouble with his wife Emily after showing their son Theo's identity on TV.

The Mysterious Girl singer was live on Loose Women when he walked in. 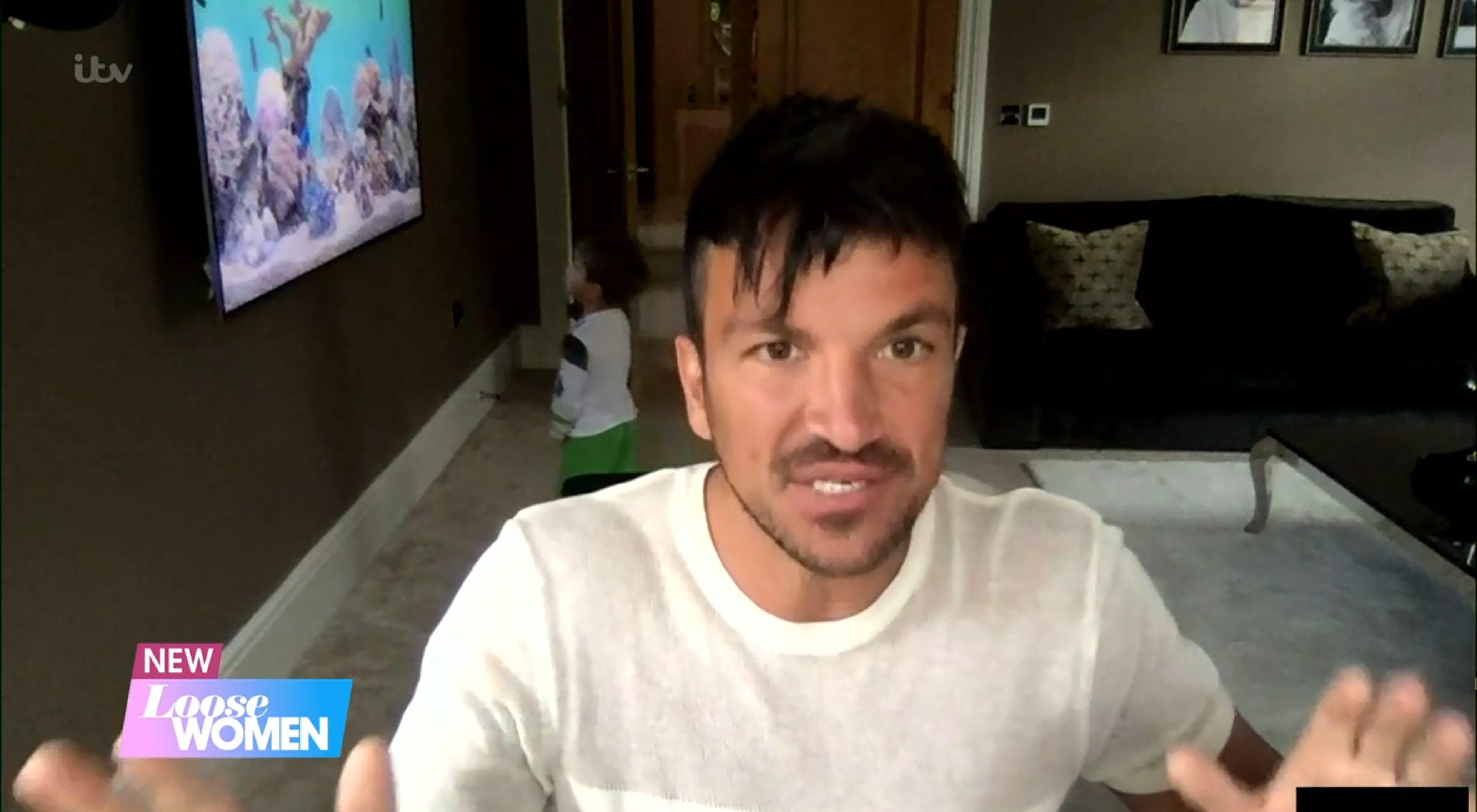 Doctor wife Emily was less than impressed with her singer husband as he broadcast to the nation on Loose Women.

Peter, 47, wrote on Instagram: "I’m sooo in the dog house.. Hey accidents happen we are in lockdown…. @loosewomen @itv."

The three-year-old wandered in accidentally to the live recording to give his dad a cuddle.

He clambered up on top of his dad before running away, giving viewers a quick glimpse of his face for the first time. 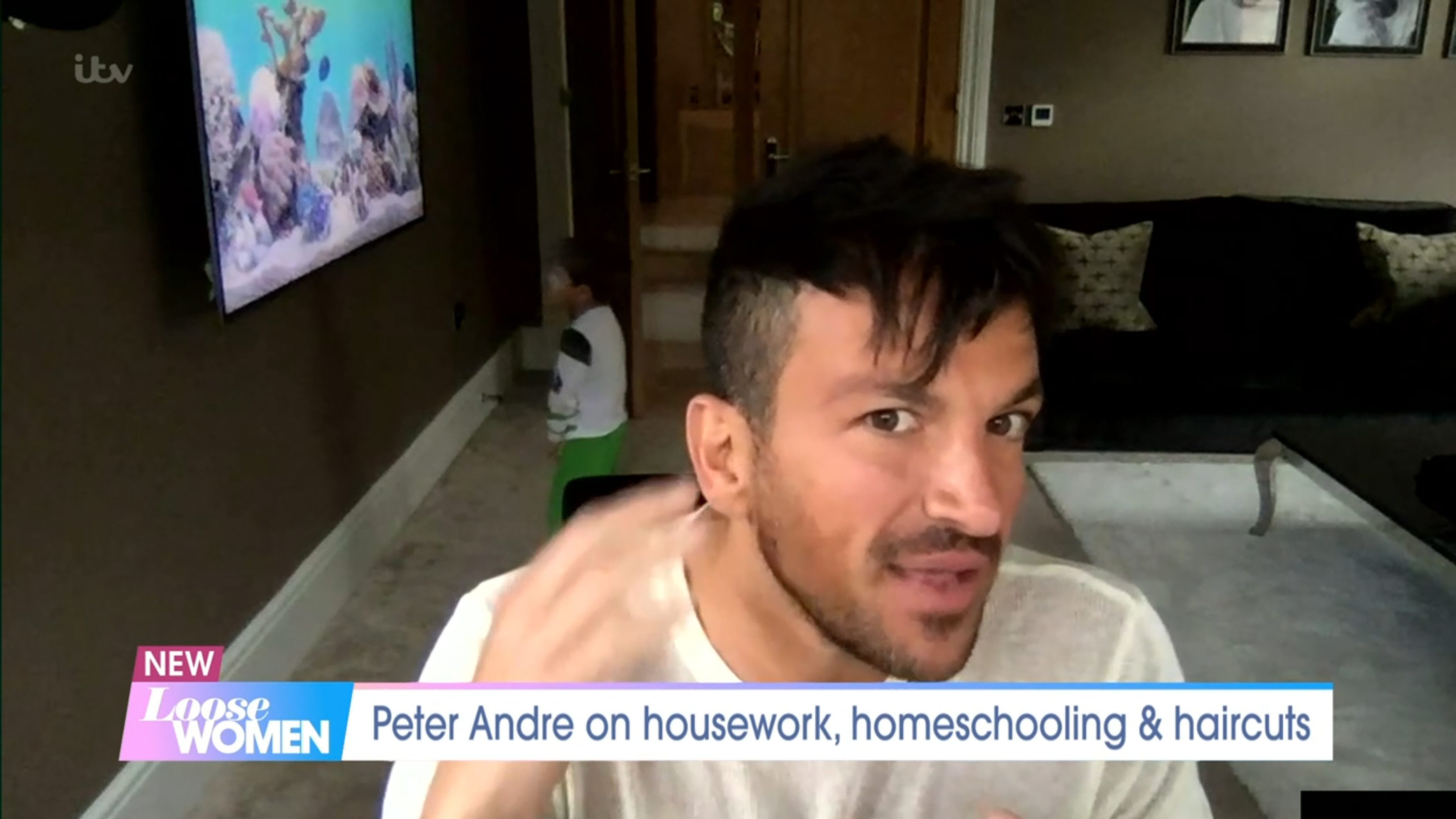 Later, Princess and Junior jumped in to view as they wanted to say hello to the Loose Women ladies.

Peter admitted he was "petrified" what his daughter Princess was going to say about how he's coping in lockdown live on Loose Women.

However, Peter said he was worried how they'd rate him after admitting he was struggling with the schoolwork. 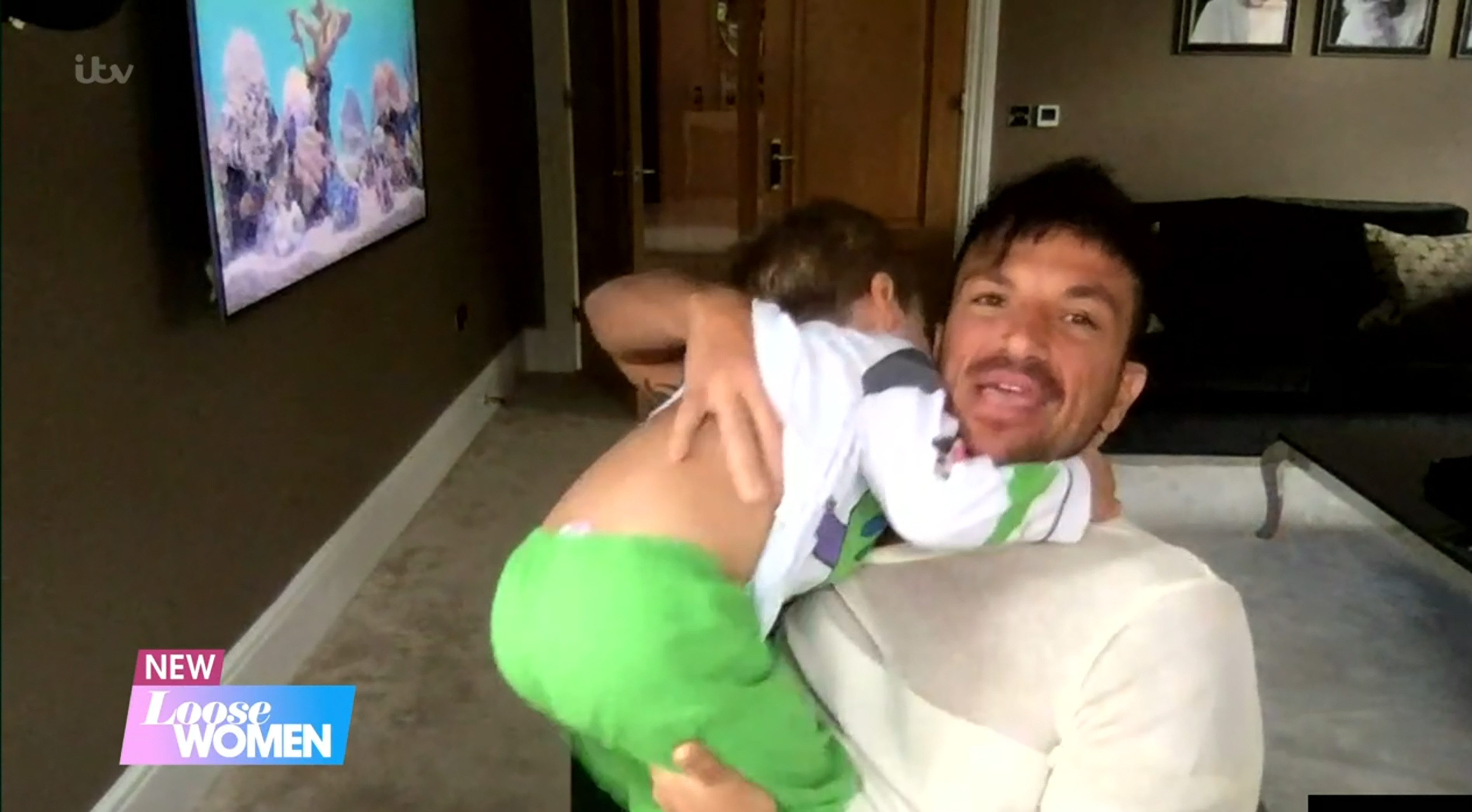 When the kids were asked by Loose Women host Ruth Langsford, Peter said: "Before you tell them, do you want that PlayStation?"

Peter then interrupted her with: "Yeah I am, good thanks. It was lovely seeing you my darling why don't you go and make yourself a nice sandwich."

Privacy has always been important to the married couple who have children Amelia, 6, and Theo.

Unlike his children with Katie Price (Junior, 14 and Princess, 12), Peter has refrained from including them in his showbiz world.

Princess and Junior have appeared on social media for years but it is not yet known why Peter and Emily have taken the decision to show their young son's face.

While in lockdown, the Mysterious Girl singer has become a full time stay-at-home dad while Emily goes out to work for the NHS as she battles the deadly COVID-19 bug with thousands of other medics on the frontline.

Peter has paid tribute to NHS workers like his 30-year-old wife, and revealed the shocking change in their routine as she has to to spend 20 minutes "disinfecting" herself when she comes home after battling coronavirus.