82 days ago, schools across England were closed and children were asked to stay home in the wake of the coronavirus pandemic. Three months later, the Conservative government has gone a u-turn and announced children will not be going back to school until September. This was a topic on Good Morning Britain today and presenter Piers Morgan wasted no time in expressing his opinion over the matter.

It began with a phased reopening of schools last week, with primary schools opening to children in nursery, reception, year one and year six from June 1.

Boris Johnson’s goal, however, was all primary school children in England to be back in class a month before the summer holiday.

However, yesterday afternoon, Education Secretary, Gavin Williamson, admitted not all children would be able to return to education before the summer, with some having to wait until September and the new school year.

Good Morning Britain presenter Piers Morgan was keen to find out why Williamson had made this decision – but because no government minister was willing to appear on the morning news and chat show, Morgan decided to rant to viewers instead. 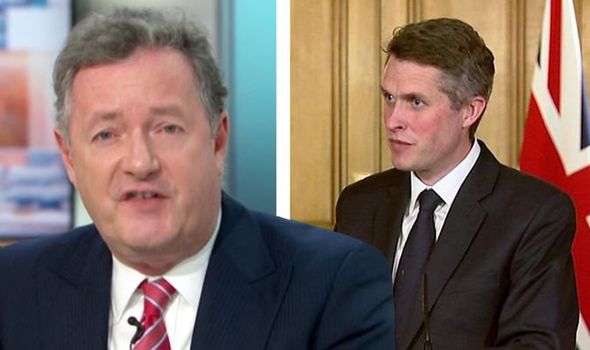 “So then you have – the already disparity between the well off and not-well off throughout this pandemic – now being exacerbated by schooling, where people who can’t afford to go to a private school like Eton – and it’s not an anti-Eton thing, they’re doing they’re best for their pupils,” Morgan began.

“But how great to be a privileged child to be able to go to Eton, and have all the testing and all the safety to get on with your education and not have your own education stymied by this.

“But if you’re at a state school, you don’t have that choice or option.

“The Education Secretary says ‘We’ll be all back by September,’ but they’re not!

“When are they doing to be back? What is happening? What is your direction Gavin Williamson? We would ask him to his face but we’re on day 43 of the government boycott of Good Morning Britain,” Morgan continued. 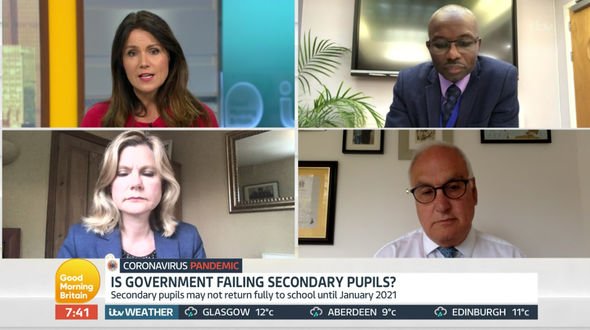 “He doesn’t want to be asked tough questions – like ‘What is going on?’

“What is going on Gavin Williamson? You’re the Education Secretary – this is your job! And all you’ve presided over is total chaos!” Those watching at home saw Morgan remark.

According to Williamson, five “tests” must be met before schools can reopening, which include a fall in the daily death rate from coronavirus, reliable data showing the rate of infection was decreasing to “manageable levels”, and being confident any adjustments would not risk a second peak.

During a daily briefing, the politician said: “People are anxious to know when we’re going to relax restrictions, when schools are likely to be fully back and open again.”

“Of course, I want nothing more than to see schools back, get them back to normal, make sure the children are sat around, learning, and experiencing the joy of being at school. But I can’t give you a date.”

Decisions on education are devolved in Scotland, Wales, and Northern Ireland.