Pimlico Plumbers boss Charlie Mullins, 67, joined Eamonn Holmes, 60, and Ruth Langsford, 60, on This Morning as more workers return to the office in light of the coronavirus crisis. Thousands applied to the Government’s furlough scheme at the end of March when the nation was put into lockdown, meaning 80 percent of their wages would still be paid despite not actually working. Chancellor Rishi Sunak, 40, has extended the economic incentive until the end of October, but the businessman told the ITV presenters it has become a “stupid culture” and some members of the public are taking advantage of not returning to work. 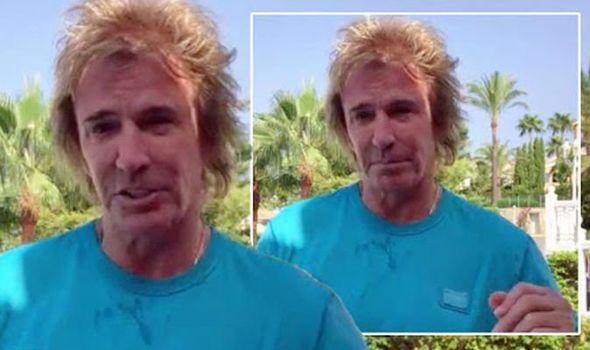 Speaking from his home in Marbella, the business owner said: “We need to end it as soon as possible. Majority of people are now in a position to return to work.

“If you’re paying anyone to sit and home and do nothing, that’s what they’re going to do. We need to end it,” he reaffirmed as he continued his furious rant.

“Stop this stupid culture of just sitting at home and getting paid for it,” he continued, before blasting people using the furlough scheme as “selfish”.

“They couldn’t care about anyone else or the economy.”