Louise Minchin interviewed royal commentator Dickie Arbiter from his home on BBC Breakfast earlier today to discuss the Queen’s address to the nation. The former press spokesman for the Queen praised her message and explained how she too is finding isolation “difficult” amid the coronavirus pandemic. The Queen’s televised address to the nation last night is only the fifth time the monarch has given such a speech during her reign.

Revealing what he thought of the speech, Dickie said: “I thought it was very moving, very poignant, very reassuring.

“It evoked the war time spirit and  my goodness the Queen knows exactly what that means.”

“Absolutely,” Louise remarked. “It was that sense of perspective as well that it gave everybody, wasn’t it, which was really special.”

“It put the whole business into perspective and it was very special,” Dickie continued. “She thanked the NHS staff, the carers, everybody else who’s sort of backing up the running of the country. 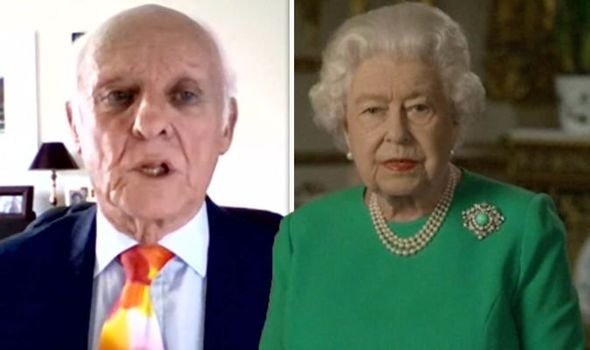 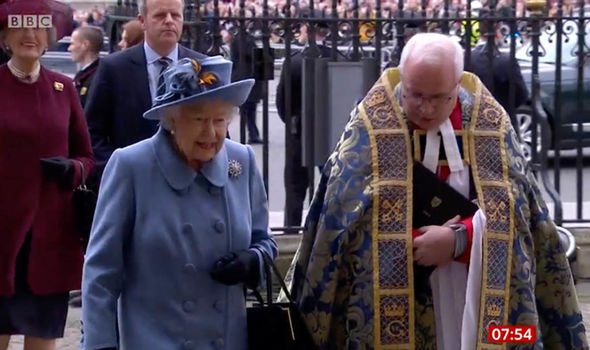 “But she was very, very precise in what she said, it was very personal, it was a speech she wrote herself.”

“No, she didn’t sit down at a computer and type it out or anything like that,” he added. “But they were her thoughts, they were her notes.

“She fiddled around with it, she gave it to her private secretary to have a look at it so it was very personal and meaningful. 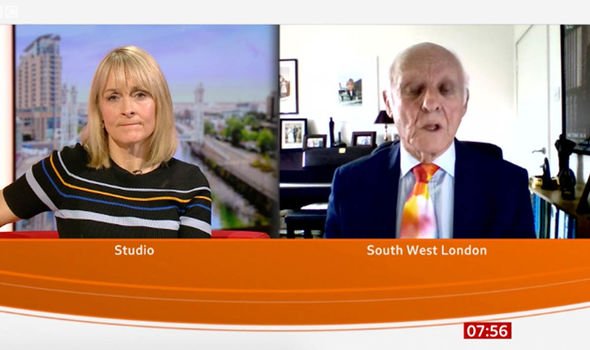 Louise later remarked: “Like all of us, she as well is having to isolate…”

“She is having to isolate, very important that she isolates, Prince Philip, 98, isolates as well,” Dickie confirmed.

“She is joining the rest of us by staying at home, no doubt being frustrated because you can’t do the things you want to do.

“But at the end of the day it is helping the NHS, it is helping saving lives and it’s important that we all stay at home and the Queen leads by example.”

On Sunday night, the Queen addressed the nation as she praised the efforts of the NHS and essential workers and thanked those listening to guidelines and staying at home.

The Queen began: “I am speaking to you at what I know is an increasingly challenging time. A time of disruption in the life of our country: a disruption that has brought grief to some, financial difficulties to many, and enormous changes to the daily lives of us all.

“I want to thank everyone on the NHS front line, as well as care workers and those carrying out essential roles, who selflessly continue their day-to-day duties outside the home in support of us all.

“I am sure the nation will join me in assuring you that what you do is appreciated and every hour of your hard work brings us closer to a return to more normal times.

“I also want to thank those of you who are staying at home, thereby helping to protect the vulnerable and sparing many families the pain already felt by those who have lost loved ones.

“Together we are tackling this disease, and I want to reassure you that if we remain united and resolute, then we will overcome it.”

“But for now, I send my thanks and warmest good wishes to you all.”

BBC Breakfast airs daily on BBC One at 6am