Ralf Little’s character Neville Parker is the newest DI to land on the shores of Saint Marie on the BBC hit show Death in Paradise. However for the actor, escaping to this tropical paradise every year to film isn’t all fun and games, as he said he finds the job extremely demanding, contrary to what people might think.

The Death in Paradise star recently revealed in an interview that filming in the Caribbean does come with its own set of problems.

“It’s a physically demanding job to an extent that would surprise anybody that did it,” he said.

While speaking to Graham Norton on Virgin Radio, Ralf added: “It looks so beautiful on screen and it is but what isn’t conveyed is the sheer heat, tiredness and general sweaty mess-ness of the whole thing.”

“I’m in a suit, tie, shirt, jacket and carrying a bag. That’s my only complaint,” he commented. 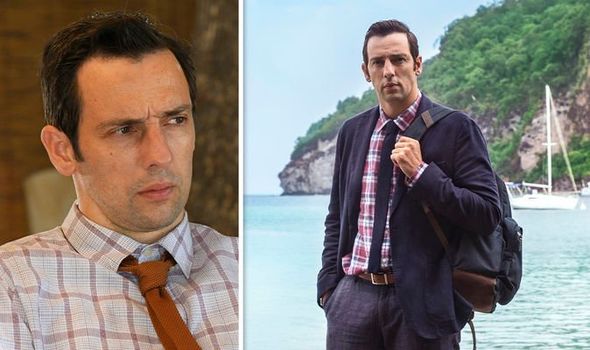 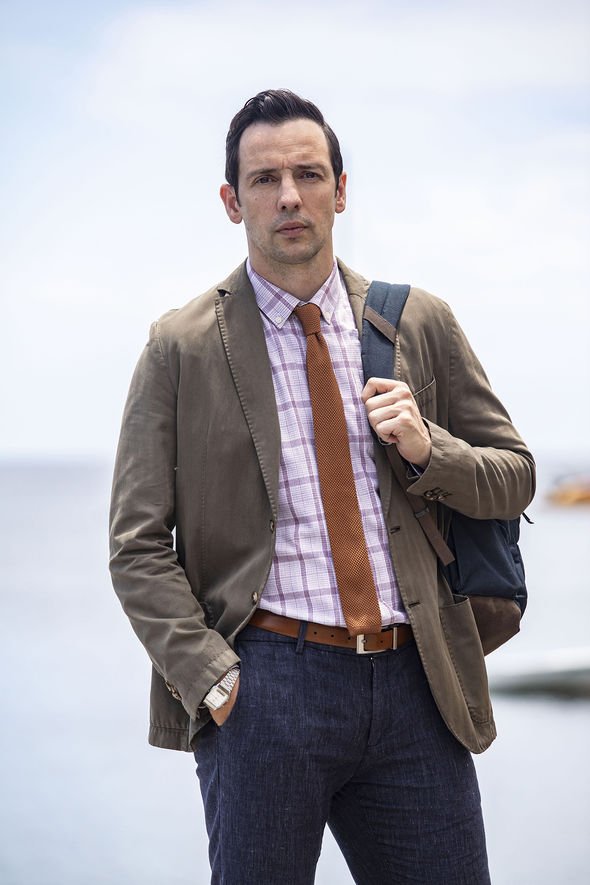 However Ralf did have some positives to add about the show: “It’s great escapism at the best of times but this year more than ever and thank goodness for it.”

The former Royle Family star also spoke to Graham about his experience when first joining the programme: “Normally, you do a show and you’re hoping as you’re filming it that the audience is going to like it but you never know…

“So to come into something that’s already a huge hit just felt like such a privilege and a joy to step into.”

But when starting on Death in Paradise, Ralf had different fears: “Just before it goes out you think ‘wait a second, what if I completely ruin this?’” 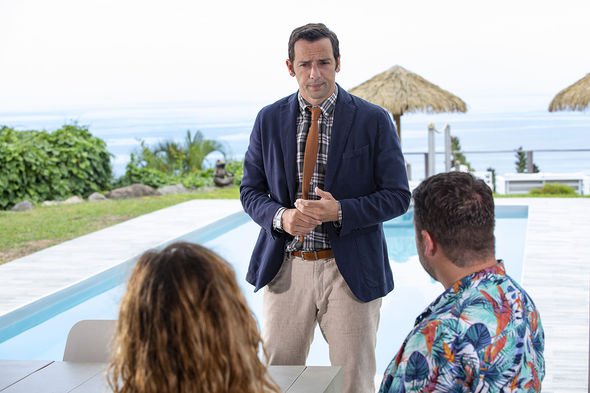 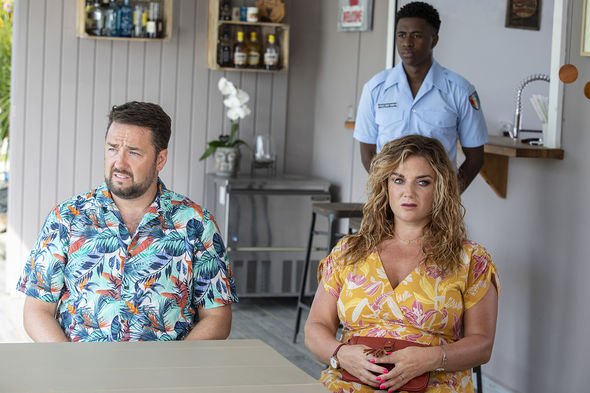 Fortunately for Ralf, his introduction to the series has been a hit with fans: “It’s a double-edged sword but luckily it seems to be going well, the ratings are still high and everybody’s happy, judging by Twitter.”

He recalled of his first appearance on the show: “When my first episode went out I couldn’t watch it because I was too nervous.

“After about 15 minutes my missus called me and said ‘you can crawl out from under your rock, you’re a hit.'”

Speaking of his plans to continue playing DI Parker, Ralf stayed perfectly cryptic: “I’m not in a hurry to not go to the Caribbean for five months and leave a TV show.”

However other stars of the show haven’t been as secretive about their stints to the Caribbean.

Talking about guest star Jason Manford, Ralf recalled: “During lockdown when no one could fly anywhere apart from for work, he posted a picture of himself going ‘just off to film a TV show’ and I think he even said it was in Guadeloupe”.

“I mean, I’m not the only detective in the world,” he joked.

Tonight’s episode will see Jason make an appearance on the island as he visits a friend who won the lottery and is unfortunately found dead.

Speaking of taking on the role, Jason had quite a different approach to working by the beach: “Unbelievable.

“Whilst we were there, Kelvin, Faye, Laura and I kept calling it a holiday by mistake!” he added. “It would be an insult to work, to call it work really.”

Death in Paradise airs Thursday nights at 9pm on BBC One.