If you haven’t caught ABC’s The View lately, you might have wondered how the show has remained on the air in the coronavirus (COVID-19) era. In brief, it hasn’t been easy for the daytime program that normally runs live with four or five co-hosts.

For starters, most of the co-hosts have taken to working remotely for the second half of March. That’s led to some dubious fashion choices (like Meghan McCain in a Cardinals hat) along the way. And in Joy Behar’s case, the veteran co-host took time off from the show as a precautionary measure.

But somehow, in a very Zoom-meeting sort of way, The View has continued cranking out broadcasts with A-list (Joe Biden, Kim Kardashian West) and B-list (Newt Gingrich) guests alike. Not only that, The View has thrived — at least ratings-wise — since the coronavirus outbreak. 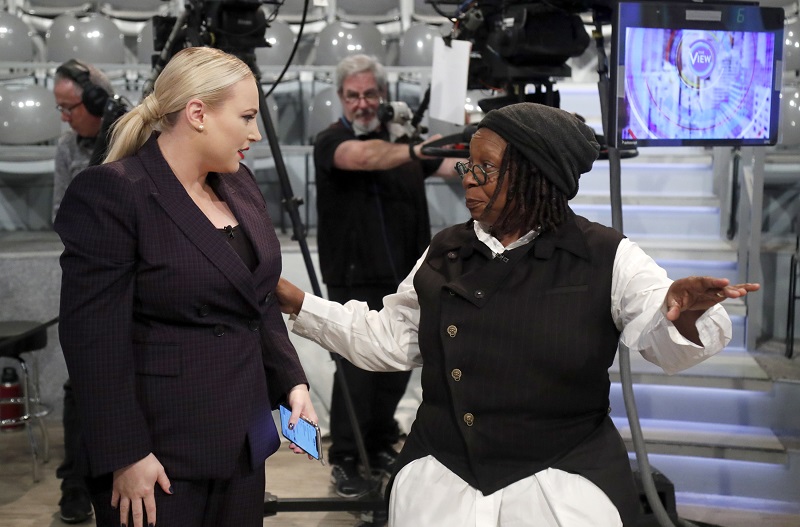 As coronavirus self-isolation guidelines went into place, most Americans found themselves stuck at home in the second half of March 2020. Looking at The View’s ratings over that stretch, it appears some of the nation’s homebound tuned into the daytime program.

For the week of March 23-27, The View drew an average of 3.25 million total viewers power show. That represented a 15% increase over the same week in 2019. Meanwhile, viewership in the demographics coveted by advertisers also rose, with the 18-49 audience jumping 12% over the previous year. 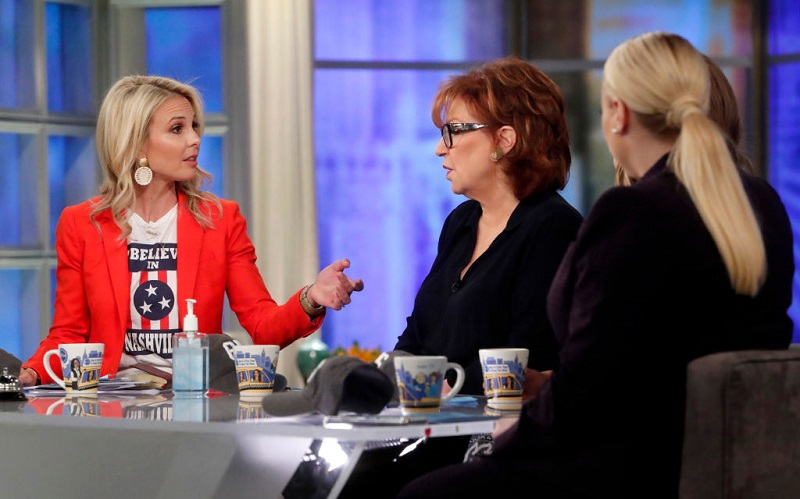 From a production standpoint, the show has hit a few snags along the way. Take the March 31 broadcast that featured Hostin and Haines back in the studio (for whatever reason). In an effort to respect social-distancing guidelines, the two co-hosts sat at opposite ends of the table while talking to Kardashian West.

Let’s say you just flipped the channel to The View at that point. You’d have seen a clip of Kardashian West fighting with her sister Kourtney on an episode of their reality TV show. Then you got the full view of the table with Hostin on one side and Haines at the other as the sisters flailed at one another in the background.

Seen with the sound off (as we initially did), it might seem like an SNL spoof of The View. But that wasn’t the case. You were watching the show at the end of one of its most-watched stretches in years.

Also see: Why Whoopi Didn’t Feel the Need to Apologize to Meghan McCain After ‘The View’ Dust-up