What would The Real Housewives of Beverly Hills be without a little drama? But how much drama is too much drama? In this upcoming season of RHOBH, we may just find out. Reportedly, Brandi Glanville and Denise Richards get into a feud that pretty much takes over the whole season. And the drama gets so bad that it causes rifts in the other women’s relationships as well. 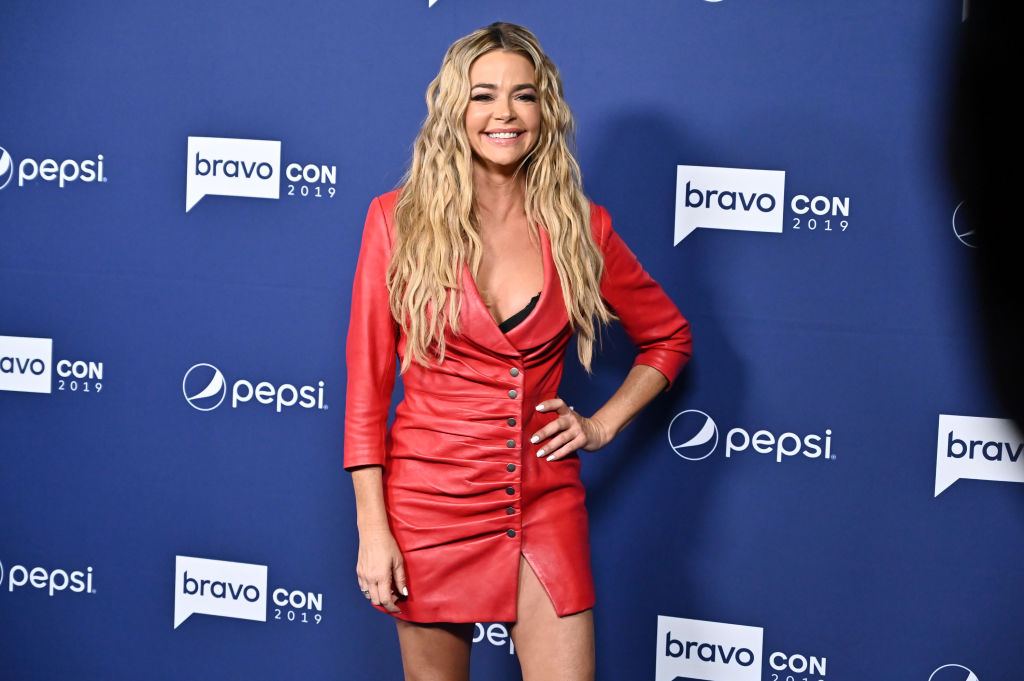 What are Brandi Glanville and Denise Richards arguing about?

Glanville and Denise have been arguing for a while, but it really came to a head when Glanville claimed that Denise and her husband, Aaron Phypers, were in an open marriage.

Denise eventually took to Instagram to deny those rumors.

After that drama died down, Glanville shared some private texts between her and other RHOBH women, which definitely ruffled more than a few feathers.

“Brandi Glanville shared text messages with the other ladies at several points during filming that Denise said to her in confidence,” a source close to the cast told HollywoodLife. “These texts were about the other ladies and it did upset a lot of the ladies and caused a lot of fighting and tension, but Denise does eventually own up to the fact that she said some of the things she said.”

When this happened, Denise continued having contact with the rest of the women.

“Despite all of this, Denise is still friends and speaking to several of the other ladies regularly,” the source said. “The new season will start later this spring and everyone’s just ready for it to get out there.”

Who is still speaking to Brandi Glanville and Denise Richards?

Production of RHOBH was put on hold in an effort to slow down the spread of coronavirus (COVID-19). Since then, the women haven’t really been reaching out to Glanville or Denise.

“Only Kyle [Richards] is talking to Brandi, that that’s because of Kim [Richards],” a source told HollywoodLife. “None of the other ladies have spoken to Brandi. Garcelle [Beauvais] is the only main cast member to have talked to Denise recently, but that’s it. Nobody else has checked in on her.”

What else happens this season?

This will be the first season without OG housewife Lisa Vanderpump, who decided to step away from the show after having a rough time last season.

“I made the decision to leave,” she told Us Weekly. “It was a very difficult year for me, personally and professionally. I had wonderful things happen this year, opening up and TomTom and the cocktail garden in Vegas. The Housewives, it’s just, it’s emotionally too difficult to deal with.”

The season is set to premiere on April 15th. It is unknown whether COVID-19 will affect this season as the reunion may not be able to be filmed as usual.