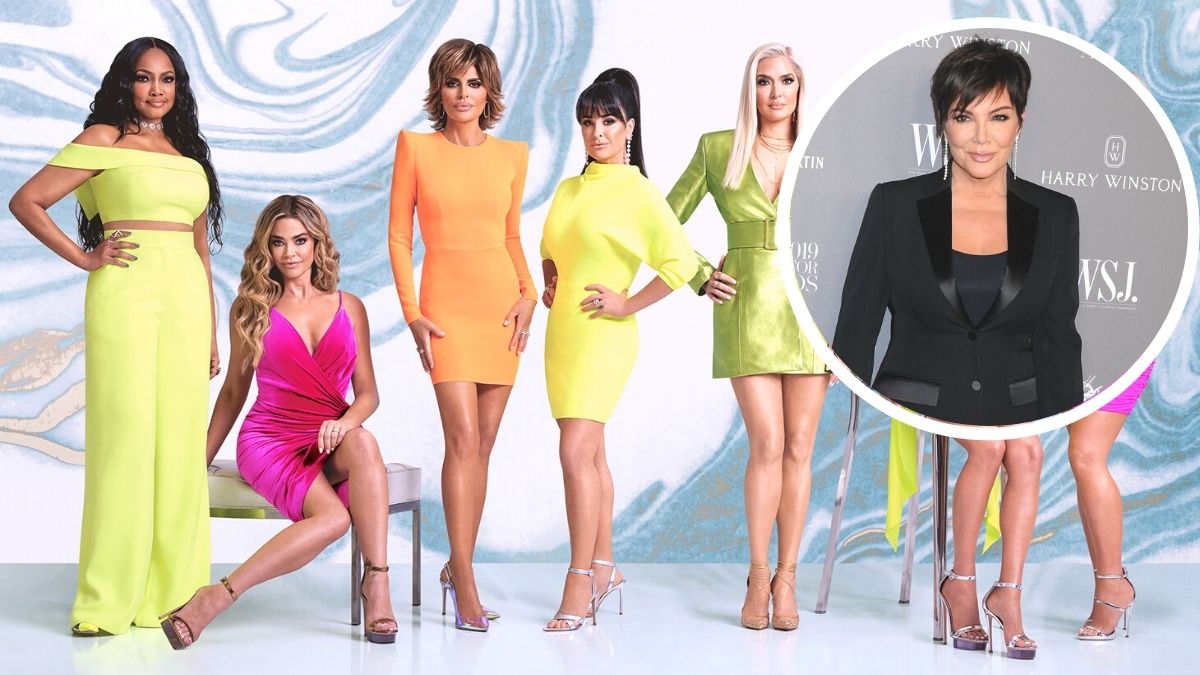 It was the news heard around the world yesterday and fans are still reeling from the cancellation of Keeping up with the Kardashians.

However, Real Housewives of Beverly Hills  fans are now rallying for the Kardashian matriarch to come onboard as a Beverly Hills housewife.

In case you’re wondering about the connection, Kris is actually a friend of OG cast member Kyle Richards.

She even made an appearance on the show this season during Kyle’s charity auction event and fans loved it.

Now that Kris is done filming KUWTK  with her family some fans want more of her on RHOBH.

Once the news about Keeping up with The Kardashians being axed hit the blogs, viewers instantly took to social media.

The comments and memes kept pouring in about Kris snagging a diamond for next season.

“Now that #KUWTK is ending I’m almost certain that Kris Jenner will be joining #RHOBH ! Calling it from now,” said one Twitter fan.

“Happy keeping up is over”, shared another. “Now we can get what we really want. Kris on #rhobh.”

Plus, a recent comment from Kyle herself proves that she would be fully on board with her friend joining the show. 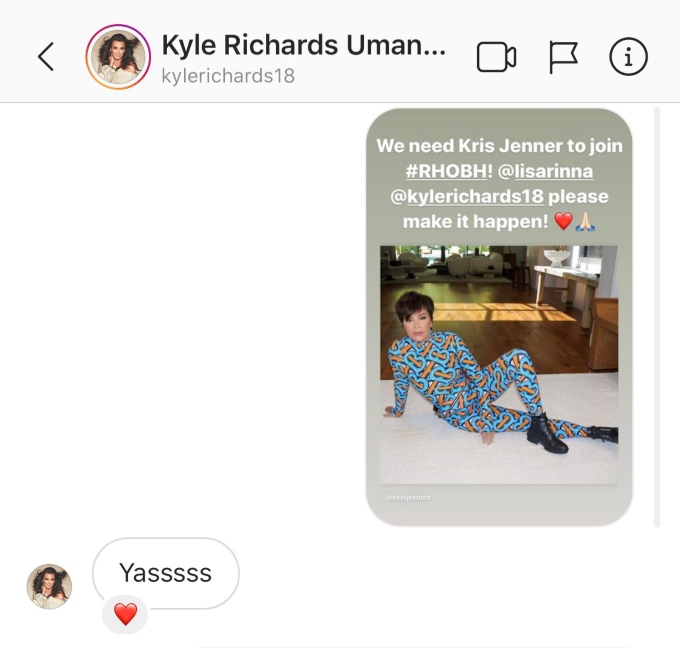 Fans have been very vocal about wanting a cast shakeup even though the show just added Garcelle Beauvais and Sutton Stracke.

Denise Richards is fairly new as well, having just gone through her second season.

Viewers have been urging Bravo to fire Teddi Mellencamp and Lisa Rinna after a very tumultuous season.

They have turned against the two women, mostly for their behavior during the Brandi Glanville vs Denise Richards affair scandal.

To be honest, viewers have been wanting Teddi axed from the cast since last season, with many calling her boring. And after she dropped the bomb on Denise in Rome about Brandi’s claims, she was bashed on social media for not delivering the news in private.

As for Teddi’s close friend,  Kyle Richards, she’s taken a lot of heat this season as well. However, viewers are fickle and now that she’s the link to having Kris Jenner on the show they will likely welcome her with open arms again.

However, not everyone is on board with Kardashian matriarch getting a diamond.

There were quite a few comments saying that Kris would not be able to handle the drama that comes with being an RHOBH housewife.

What do you think, should Bravo give Kris Jenner a diamond?

Part 2 of the Real Housewives of Beverly Hills reunion airs on Bravo Wednesday, September 9 at 9/8c on Bravo.