“I don’t find you funny either. But yet the whole world laughs at you,” the “Borat” star tweets 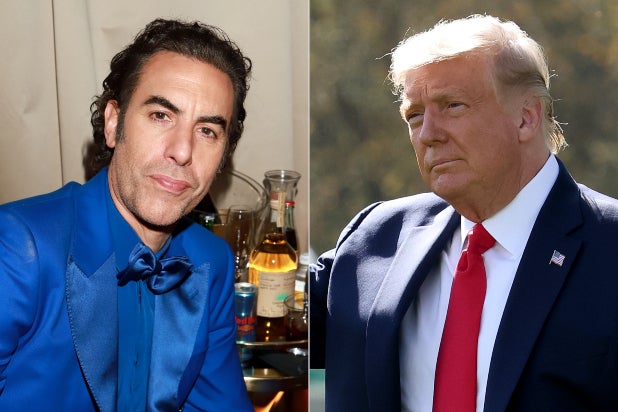 “Borat” star Sacha Baron Cohen hit back at Donald Trump on Saturday, who called him “a creep” on Friday.

“Donald–I appreciate the free publicity for Borat! I admit, I don’t find you funny either. But yet the whole world laughs at you. I’m always looking for people to play racist buffoons, and you’ll need a job after Jan. 20. Let’s talk!,” Baron Cohen wrote on Twitter Saturday.

On Friday, Trump called Baron Cohen “a creep” when asked by reporters if he’s seen the footage in “Borat 2” with his lawyer Rudy Giuliani.

“I don’t know what happened. But years ago, you know, he tried to scam me and I was the only one who said no way. That’s a phony guy and I don’t find him funny,” he said, according to Voice of America’s Steve Herman.