Season 2 of Sex Education came out in January of this year. While season 1 successfully made the show’s audience enthralled in the lives of the high school students, season 2 takes a deep-dive into the most-pressing themes associated with young people today. Themes like sexuality, self-identity, and sisterhood.

The actress who plays Maeve, Emma Mackey, says she’s most proud of the “sisterhood” presented in the second season. 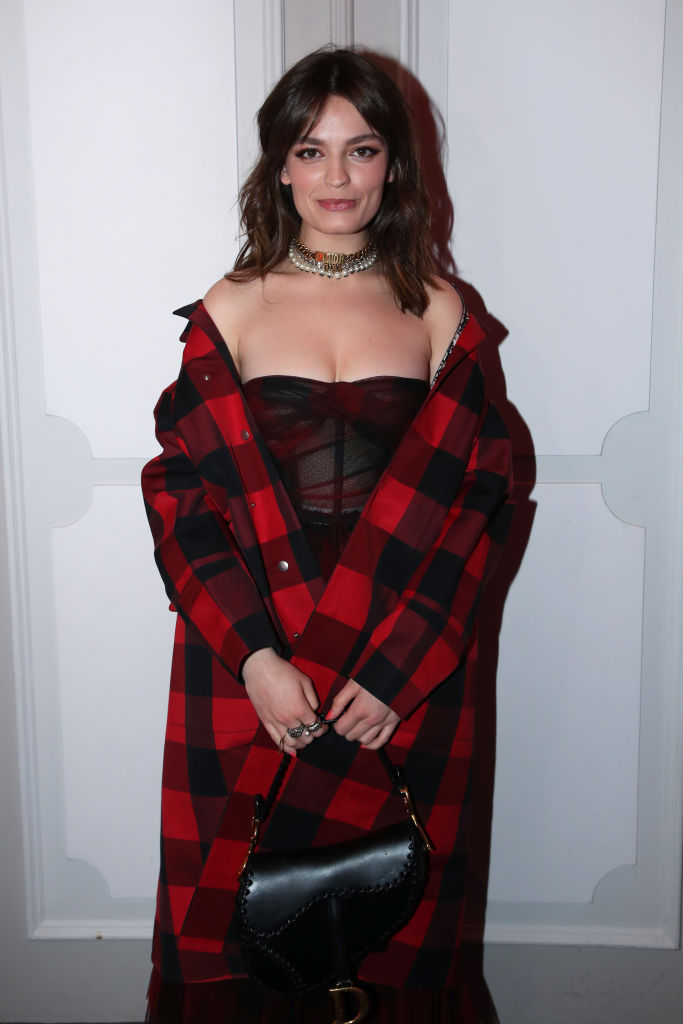 Mackey told Netflix that she’s actually more interested in Maeve’s relationship with Aimee than her relationships with Otis or Jackson or anyone else for that matter.

“At the end of season 1 when everyone is like, ‘Oh is it Maeve and Jackson, Maeve and Otis?’ I was like, ‘What about Maeve and Aimee?’ This is what’s happening. I think their friendship is a really positive one because they’re not comparing each other, there’s no competition, there’s no judgment. They just co-exist beautifully together. Even though they’re so diametrically opposed,” she said.

nothing but respect for our scabby queens

Mackey says, this season, she and Aimee Lou Wood (who plays Aimee) got to incorporate facets of their real friendship into their characters’ relationship.

“This season we have a little bit more confidence so we know a little bit more what we’re doing. We got to sort of inject mine and Aimee’s real-life humor and kind of chemistry into our characters, which is so joyous and so lovely. I mean we just do accents all the time and silly voices and sing and do all these moments together and it’s lovely,” she said.

Those who have seen Sex Education Season 2 know that Maeve experiences her fair share of hardships. Netflix asked Mackey how she was able to tap into that emotional place, particularly in the scenes involving her mother.

"but i think aloneness won't feel so all-consuming with windows that protect me from the world, but still let me watch it"

“Luckily, I have the incredible Anne-Marie Duff who was just there and existing and being incredible at what she does so I just had to sort of react to what she was doing. So a lot of the work was done for me. And the writing, obviously, does a lot of the work for me as well. It was just beautifully written and it made a lot of sense and gut-wrenching is how I felt. I felt like it was a lot. Those couple of days we filmed those scenes were a lot. But in the best way. Actors love that. We love a bit of drama,” she said.