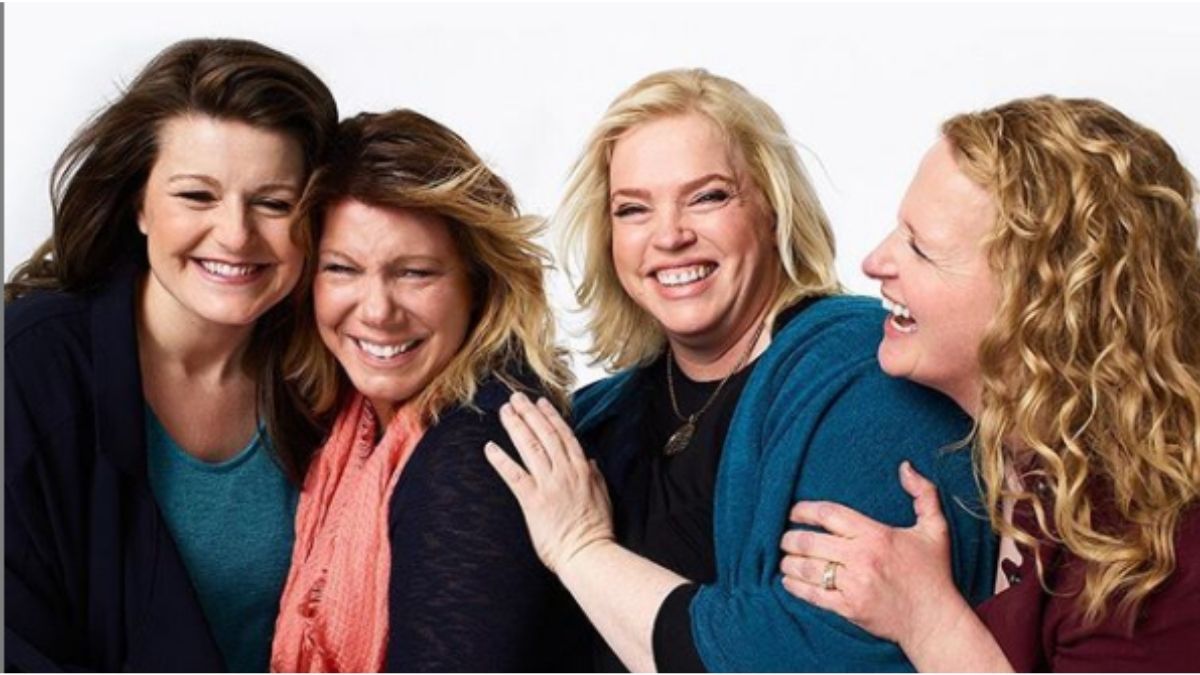 Christine Brown recently threw some shade at her sister wife Robyn, and the whole drama was over some jewelry. Christine recently posted an Instagram photo of a necklace, earrings, and a bracelet from the Kendra Scott jewelry line.

She captioned the photo in question, “@kendrascott is probably my favorite jewelry company of all time. Thanks love!”

While that wouldn’t be that big of a deal under normal circumstances, Christine posted the photo knowing full well that Robyn has a jewelry line of her own.

Robyn runs My Sister Wife’s Closet, an online boutique selling clothing and jewelry. She has posted quite a few photos on her Instagram account promoting items from her shop. The website currently doesn’t have anything for sale, but instead has a message claiming they are currently updating the store. However, the message has been up for some time, so it’s not clear what’s going on.

Fans of the TLC show were quick to realize Christine’s subtle dig at Robyn, sounding off on Reddit and in the comments of the Instagram photo.

One Reddit user wrote, “That’s so shady and I’m here for it.” Because who doesn’t love some drama going down within the cast of our favorite reality TV shows? 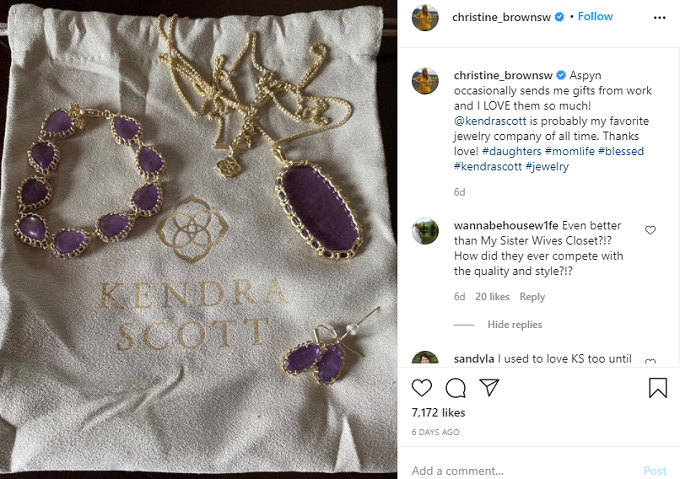 Another Reddit user commented, “Robyn has a jewelry store that supposedly belongs to all the wives, so Christine claiming that Kendra Scott is her favorite is at best a moment of forgetfulness and at worst intentional shade.”

On Instagram, a user was quick to drop a sarcastic comment about the drama, writing, “Even better than My Sister Wives Closet?!? How did they ever compete with the quality and style?!?” 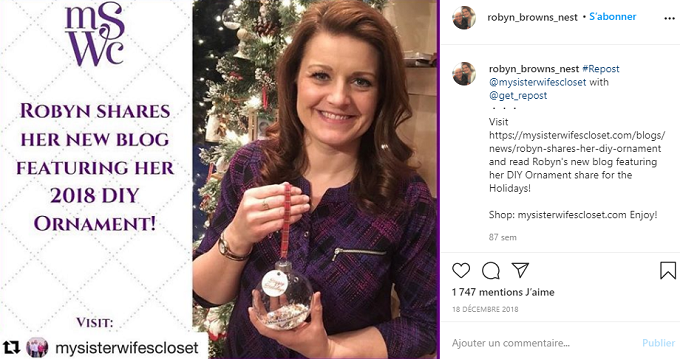 Are the other Sister Wives jealous of Robyn Brown?

Perhaps the shade is due to some jealousy? It’s no secret among fans of Sister Wives that Robyn seems to be the “favorite” wife. In June, a source told The Sun, “She is absolutely his favorite wife.”

They continued, “When I saw them, the looks they gave each other, it’s obvious. Every single new wife who comes in are favorite. She’s young, pretty, she’s absolutely favorited.”

Not only that, but for a while, Kody was rumored to be in quarantine with Robyn and not seeing the other wives. However, Janelle debunked this, sharing photos of the family watching a sunset. 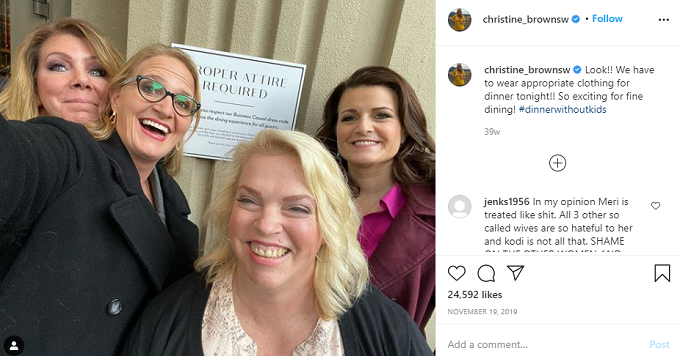 Kody and Robyn Brown have still had their issues

Of course, that doesn’t mean things are always smooth sailing between “favorite” wife Robyn and husband-of-four Kody Brown. In fact, there may be trouble in Sister Wives paradise. During a March episode of the TLC show, the D-bomb was dropped, something many would say you should never threaten in your marriage.

That’s right. Divorce. Or, more technically, “dissolve.” Kody and Robyn had been renting their house in Flagstaff, Arizona, only to find out they had 60 days to leave because the owner was selling the place. This lead to a massive fight between the pair, and some bitter words were exchanged.

During the stressful period, Kody said during a confessional, “I’m getting close to the point where I will dissolve the partnership I have with her and I will go buy a house without her.”

So, as usual with Kody Brown, he throws a bit of a tantrum in order to get what he wants. But, despite the drama over the house, it appears Kody and Robyn are still going strong (possibly to the annoyance of the other wives.)

As long as Christine and the other wives keep dropping subtle shade, Sister Wives fans will eat it up.

Sister Wives is expected to return to TLC later this year.