John Pringle might be the first guy who is celebrating being “friend-zoned” by his one-time crush. Pringle, as his friends call him, stepped into the Southern Charm universe and right into a love triangle, caught up in Madison LeCroy and Austen Kroll’s relationship, which most of their friends describe as “toxic.” Season 7 started with Pringle flirting with Madison, who was starting to pull away from Austen. The show’s grande dame of sorts, Patricia Altschul, encouraged Pringle’s advances… but then, nothing happened.

“I just don’t necessarily subscribe to the fact that Madison is interested in me at all,” Pringle confesses to ET over video chat. “I think I was a bit of a pawn and I think she is a master player of relationship chess.”

Pringle seems to think Madison simply used him to make Austen jealous and to play with the Kings Calling Brewing founder’s emotions.

“She knows what she’s doing,” Pringle muses. “You know, what strings she’s pulling to get a reaction out of him, and it usually works. Like, they’re usually the reaction she wants and I’m a victim of that in relationships, too — or I do it. You know, I’ve seen it before, I’ve been a part of it.”

“Now that I’m at least kind of on the outside looking in, and I’m not like this — honestly, I was a jerk,” he adds. “We can all say it. I was a jerk. I didn’t know he was, like, in love with her. I thought it was just kind of a toxic relationship.”

With Pringle now friends with his almost romantic rival, their bromance might be informing his present-day opinion of Madison. That, plus seeing the pair’s “private” moments on the show, one-on-one conversations that Pringle wasn’t privy to until he watched the episodes along with the audience.

“When you see people behaving in that kind of insane way, I don’t know… just, something clicks,” he says.

Pringle admits his eyes started to open up to who Madison is at a beach day she threw on Capers Island. It was supposed to be a birthday party for Austen, but when he and Madison called it quits just days before the event, she disinvited him. When Austen showed up anyway, Madison wasn’t happy — and let Austen know it. That rage, if it can be called that, carried over to a pool party and will continue on Thursday’s finale, where viewers will finally see what leads Madison to unleash on Austen and call him a “p***y” and a “beta b***h.”

“There’s definitely an amount of frightening passion that’s going on with those two,” Pringle remarks. It seems safe to assume that passion will be on display at the season 7 reunion, which the cast filmed in New York City late last year. 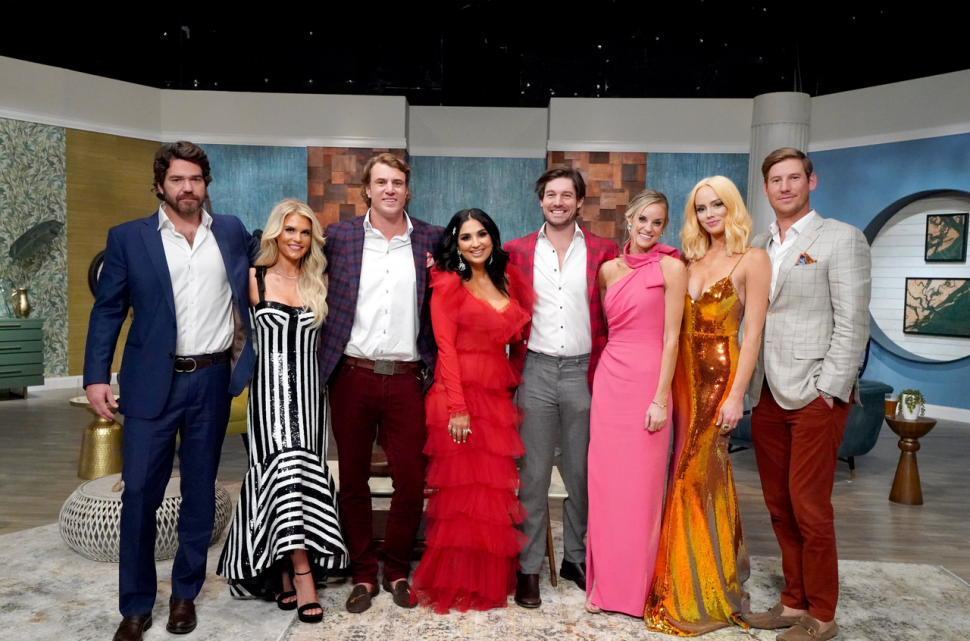 “I just don’t think those two kids can quit each other, to be honest,” Pringle says of Austen and Madison, hinting they maybe reconciled after filming the special. “They’re either just, like, crushing it in bed… I don’t know. We’ve all been there before, right?”

Pringle says it’s actually Craig Conover who has the most to say about Austen and Madison’s relationship at the reunion, which shouldn’t come as a total shock to viewers, seeing as he played messenger between the two all season long and encouraged them to have a complete break, not even attempting a friendship. Both Madison and Austen say they want a friendship.

“Craig was on fire,” Pringle teases. “Craig is very passionate about what he feels the mistreatment of Austen is by Madison, and I think he will air his grievances, for sure. But it will be a festivus for the rest of us. He’s not shy about it.”

Before viewers get their eyes on those reunion episodes, though, there’s a finale to get through, a finale which finds Kathryn Dennis facing the group one last time in the wake of allegations of racism. Last summer, Kathryn sent insensitive messages to a Black activist/radio personality in South Carolina in response to criticism over her friend hosting a boat parade for Donald Trump’s reelection campaign. She also stayed silent when Charleston removed a statue of her ancestor, proud enslaver John C. Calhoun. Kathryn has apologized for the offensive DMs and explained that she did not speak out about the statue because she received death threats over it.

“There’s a bit of reckoning for her,” Pringle says. “I also think it’s handled pretty well by everybody.”

The last time the subject was broached, things didn’t go well, with Leva Bonaparte’s attempt to talk to Kathryn spiraling into a screaming match with Austen over her delivery. Leva has accused the men of “coddling” Kathryn, protecting her from tough conversations Leva thinks are necessary to have.

“It’s a difficult subject to approach,” Pringle admits. “I met with Kathryn, and I truly don’t think she’s racist. I think she made a terrible judgment call in the state, but I really — if I look into my heart after talking to her, and I think Shep [Rose] feels the same way and Austen, and that’s why we kind of defend her.”

Pringle agrees with Leva that Kathryn should face questions about what she did; he just wishes Leva had spoken to Kathryn in a different way. He says Leva’s upfront approach was simply too aggressive to get through to Kathryn.

“My main thing was being like, Leva, your voice is valid. I get it. You’re hurt. But it’s not coming across exactly how I think you want it to,” he explains. “And that’s all I was trying to do, was be like, everybody understands what you’re saying, but it falls on deaf ears.”

Pringle says the message did finally get through to Kathryn, and more will be discussed at the reunion.

Looking back, the father of two is proud of the season, saying he made some great friends (both in front of and behind the camera) and great memories — and he’s down to come back for season 8, to hopefully show off more of his #DadLife and music skills.

“It was definitely fun, man,” he offers with a smile.