Back in 1989, when Spike Lee hit the Cannes International Film Festival for the second time with his “Do the Right Thing,” he was a Brooklyn filmmaker with the hopes of every first-time Competition filmmake: winning a prize. The festival even encouraged him to turn up for the closing-night ceremony, so Lee was furious when Wim Wenders’ jury left him empty-handed. (The Palme d’Or went to another American disruptor, Steven Soderbergh, for “Sex, Lies, and Videotape.”)

That still stung nearly 30 years late when Lee returned to Cannes in 2018 with “BlacKkKlansman,” which won the Cannes Grand Prix as well as his first Oscar, for Best Adapted Screenplay. “Cannes can be brutal if you don’t get the right reception: ‘Shit, why did I come?’ It’s good to get the flip side,” he said. “I’ve been doing this for three decades. Making a good film is a miracle. There’s some hard shit.”

2021 marks the first Cannes Festival since May 2019 (pushed to sultry July by the pandemic), as well as Lee’s ascension to president of the Cannes Competition jury, which he was set to do for last year’s canceled festival. When it was announced, Lee said he was “honored to be the first person of the African diaspora” chosen. In fact, according to festival director Thierry Fremaux, Lee is the first Black president of any major film festival.

Last year, Cannes planned to have Lee preside over the jury as well as introduce his (out of competition) Netflix Vietnam war movie “Da 5 Bloods.” In summer 2020, it scored rave reviews and awards but only one Oscar nod, for composer Terence Blanchard. Lee never hesitates to remind the world when he feels snubbed, whether in 1989 or in 2020, when he sold “We Wuz Robbed” posters on his website.

Lee also has the skills of a master politician. “Cannes is the world’s greatest film festival,” he said at the July 5 opening-day jury press conference for Cannes 2021 — the first one to require all attendees show negative Covid PCR tests to gain entrance to the Palais. He recalled that he once flew from Nice to New York to watch his beloved Knicks lose an NBA finals game, then immediately returned to the Croisette. 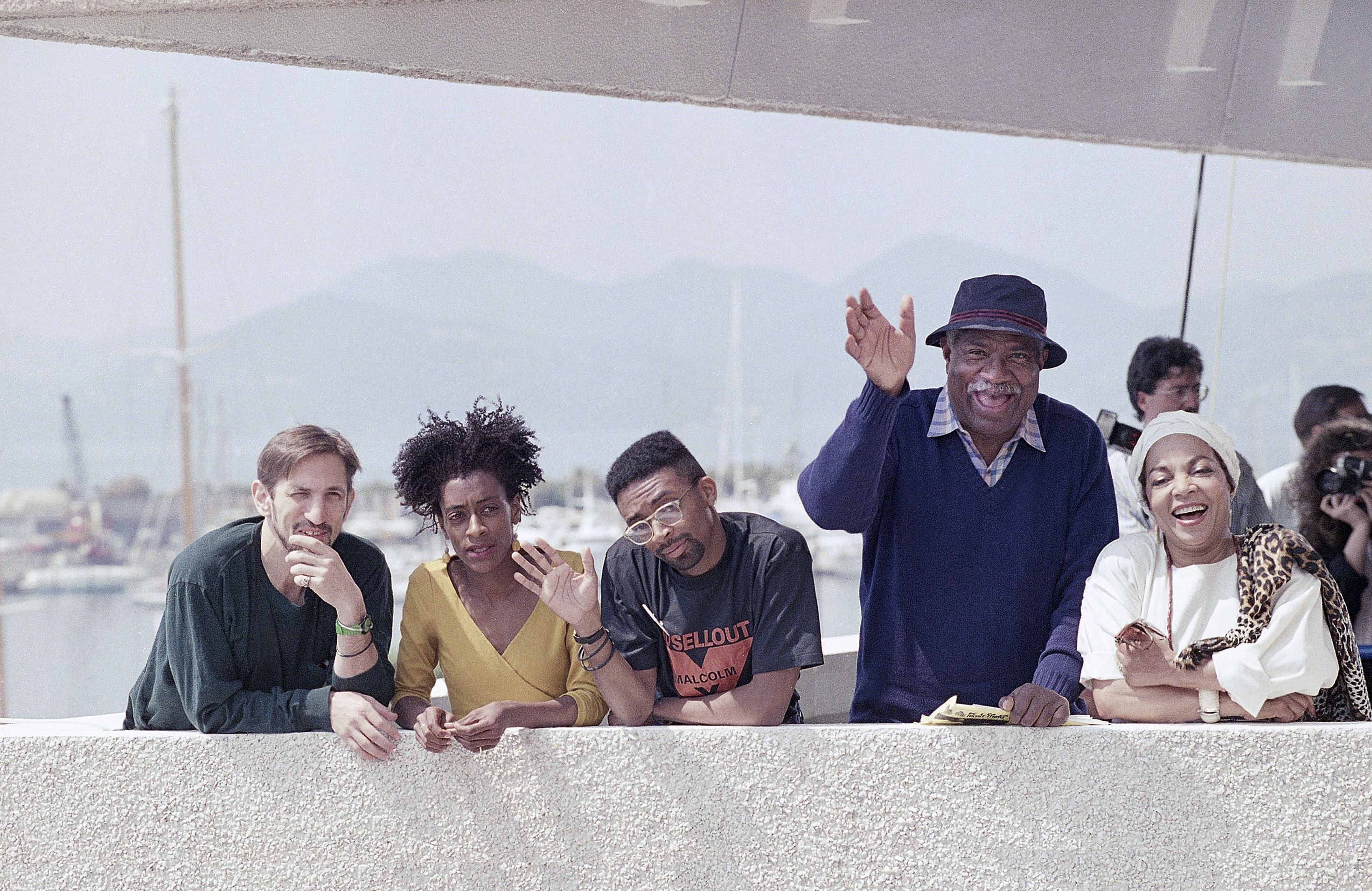 Lee tactfully deflected a question about Netflix and the future of the big screen, saying, “Cinema and screening platforms can coexist — at one time, there was thinking that TV was going to kill cinema. It’s not new. It’s all cycles.”

And when a Georgian journalist decried the lack of support and freedom for filmmakers in her country, Lee said, “This world is run by gangsters. Agent Orange [former president Donald Trump], this guy [president Jair Bolsonaro] in Brazil, and [Russian president Vladimir] Putin. They’re gangsters and can do what they want to do, they have no morals or scruples, that’s the world we live in. It’s time for journalists to spread the word. It’s not just criticizing movies, you can criticize world gangsters, too.”

Through thick and thin, Lee knows the festival’s power and has always held it in high regard. Cannes boosted Lee’s career when “She’s Gotta Have It” won the 1986 Prix de la Jeunesse, and did the same for Samuel L. Jackson when he won a Best Supporting Actor prize for Lee’s “Jungle Fever” in 1991. Cannes 2020 might have provided a more rousing launch for “Da 5 Bloods.” 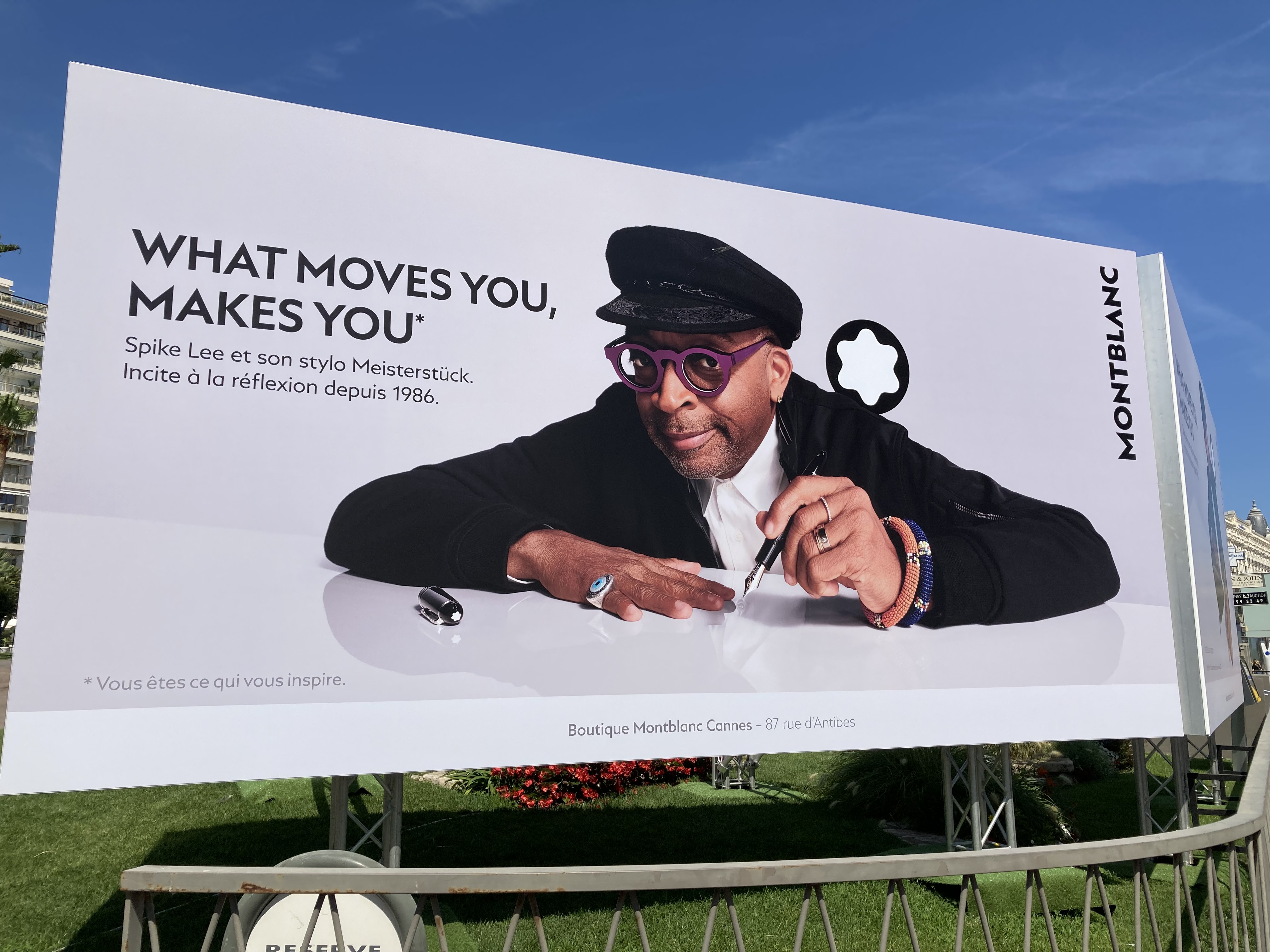 Lee still knows the power of “Do the Right Thing,” as the real world keeps reminding him of Radio Raheem. “I was thinking that, all these years later, that black people got to stop being hunted down like animals,” he said, before turning the jury over to his peers, including Mati Diop, Jessica Hausner, Kleber Mendonça Filho, Song Kang-ho, Maggie Gyllenhaal, Mélanie Laurent, Tahir Rahim, and Mylène Farmer.

In fact, for the first time a majority of the Competition jurors are women. Gyllenhaal conjured up Palme d’Or-winner Jane Campion as an inspiration, whose latest movie “The Power of the Dog” is going to Venice, because Netflix wouldn’t agree to submit the title out of competition. (Competition movies must spend months exclusively in French cinemas.)

Finally, Lee has learned patience. His face is plastered all over the Croisette, on a Montblanc ad, as well as looking up and down in this year’s Cannes poster. Now, the 64-year-old eminence grise s being given the respect his body of work deserves. His film of David Byrne’s “American Utopia,” which also scored raves on HBO last year, will screen on the beach during the festival. And this time, he’ll be calling the jury shots.