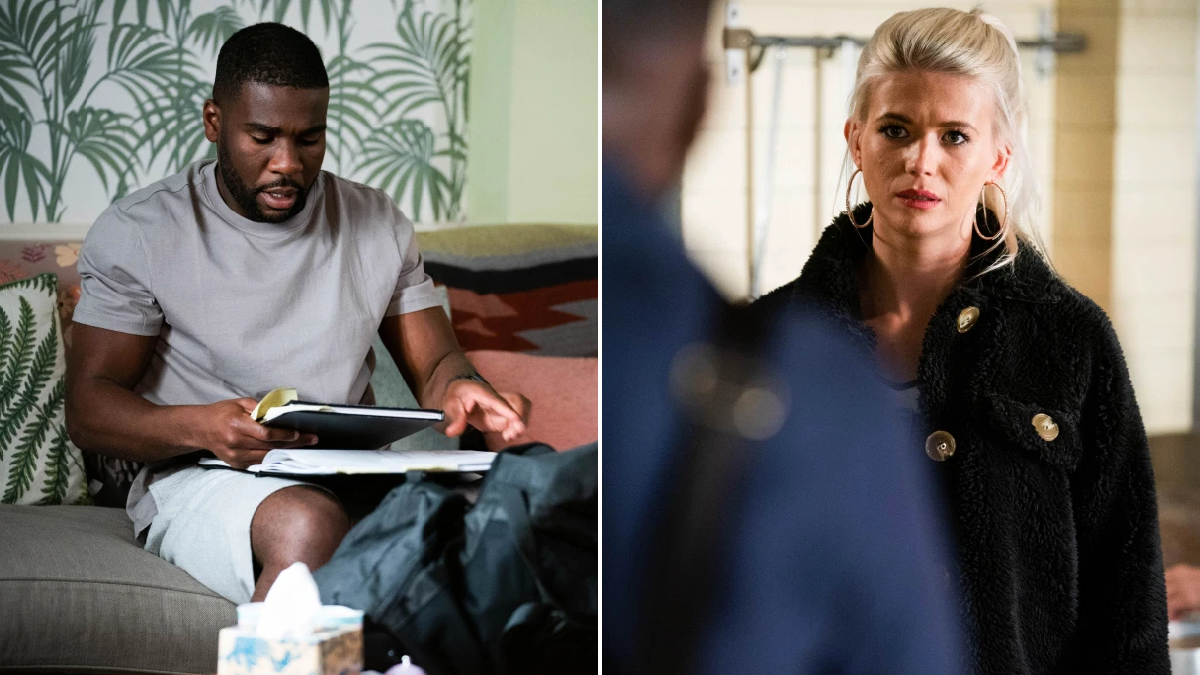 Isaac Baptiste (Stevie Basaula) made the decision in EastEnders to stop taking his schizophrenia medication and since then, his behaviour has spiralled out of control.

Isaac has become fixated on finding out more about his murdered brother Paul and Ruby’s (Louisa Lytton) father, Johnny.

After initially being told Johnny and Paul never knew each other, Isaac was concerned when he spotted a picture of the two of them together at Ruby’s house.

It’s been a drip-fed storyline that’s seen Isaac slowly change as his schizophrenia takes hold and in upcoming episodes, Isaac will get worse which leaves girlfriend Lola (Danielle Harold) terrified.

Lola finds Isaac distracted as his mind races again, but he covers his tracks, so Lola is left none the wiser.

They meet for lunch and Isaac announces a surprise for Lola and takes her to Patrick’s (Rudolph Walker) shed at the allotments.

As Lola leaves for work, Isaac continues his research into Johnny and Pauls’ lives, and Lola convinces Sheree (Suzette Llewellyn) her son is fine.

Isaac clearly isn’t fine, but how far are things about to go?