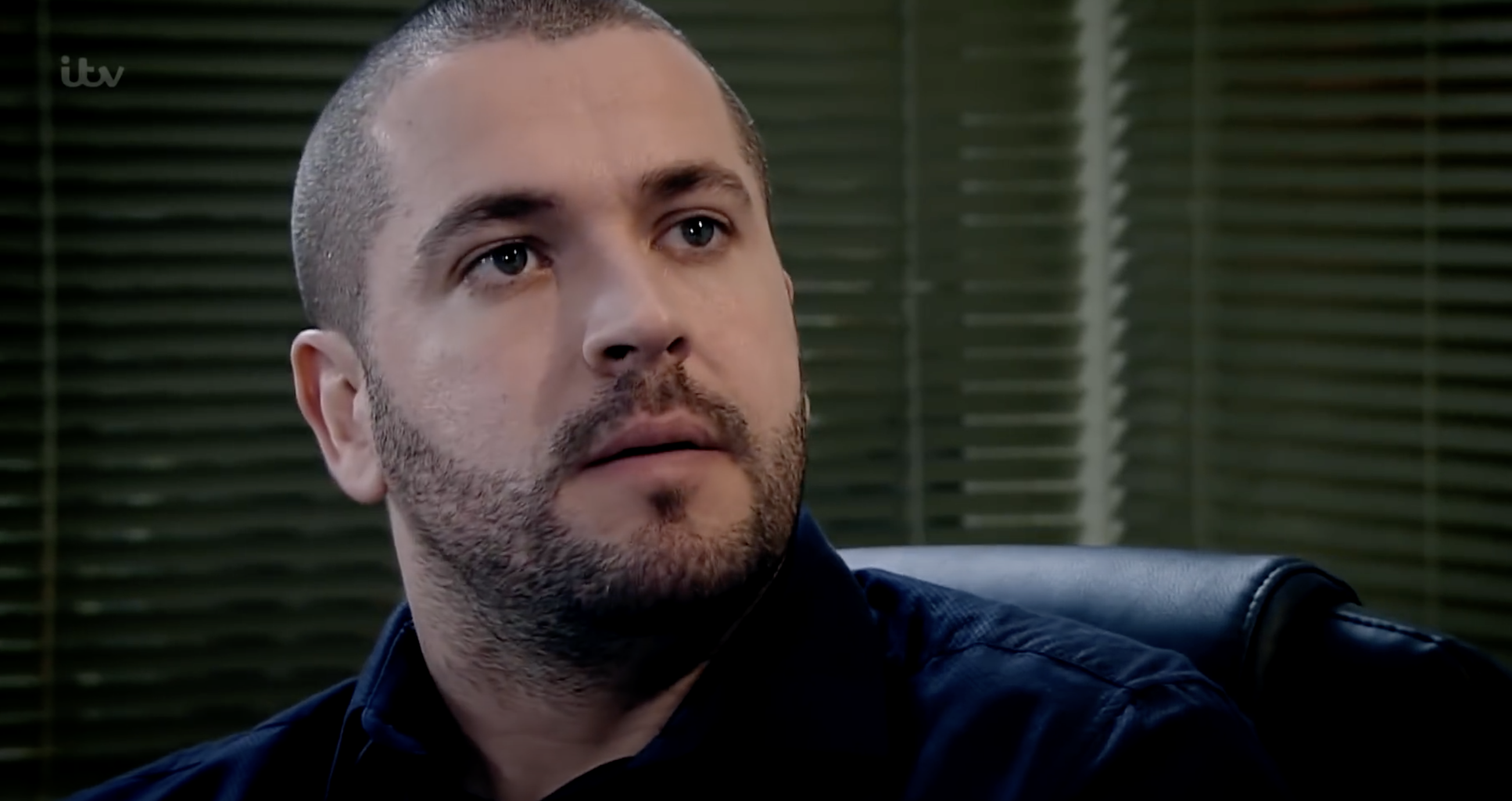 Johnny Connor (Richard Hawley) in Coronation Street is experiencing a dark time in his life right now. He’s in prison following admitting he was involved in a crime job thirty years ago that led to the death of a security guard, and with his mental health and MS getting worse, Johnny loses control and starts hallucinating, and even sees his son.

Aidan Connor (Shayne Ward) ended his life in 2018 after battling with his mental health. Since then, Johnny has managed to move forward in his life, but as these upcoming scenes will show, Johnny has far from gotten over his grief, as he becomes convinced he can see Aidan.

In the prison, Johnny is seeing mice and cockroaches but he is confused as he glances up, he thinks he sees Aidan.

Carla (Alison King) visits Johnny and quizzes him about his health. Johnny reluctantly admits that his eyesight has deteriorated to the point where he’s hallucinating, he thought he saw Aidan and wonders if he’s losing his marbles.

Johnny promises Carla he’ll talk to the prison doctor about his hallucinations on the condition she doesn’t say a word to Jenny (Sally Ann Matthews).

Carla urges him to tell Jenny what’s going on, and Johnny calls Jenny and finally opens up to her about his hallucinations and the fact he thinks he can see Aidan.

Depending on how bad Johnny’s hallucinations are, it’s possible Shayne Ward has returned to film these scenes.

But if Johnny continues seeing Aidan, how will this impact his time in prison?