Strictly Come Dancing is set to return with a brand-new batch of celebrity contestants later this year but some familiar faces who will be back once more are the show’s professional dancers. However, Kevin Clifton, who had been on the show since 2013, revealed he wouldn’t be returning with his fellow dancers and his former co-star Amy Dowden has exclusively opened up on his exit.

Viewers saw Amy reach the final of the show for the first time last year whilst partnered with CBBC presenter Karim Zeroual.

They finished as runners-up alongside Emma Barton and Anton Du Beke but did receive the highest number of points off the judges in total.

Former Emmerdale star, Kelvin Fletcher, lifted the Glitterball Trophy with Oti Mabuse as she finally took the title after five years on the show.

Now, in a chat with Express.co.uk, Amy spoke about her time on the show so far and how she felt to see her friend and co-star, Kevin Clifton, leave the show behind. 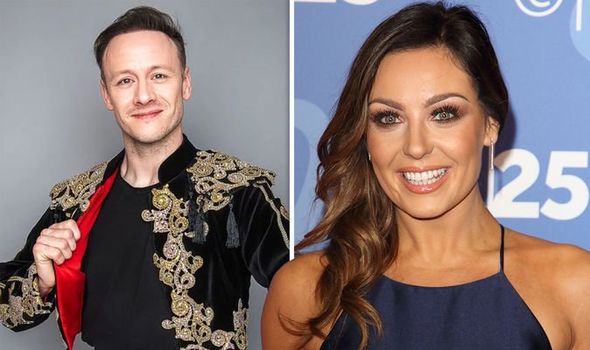 Kevin had been a professional on the dance contest since 2013 and made it to an impressive five finals before winning in 2018 with Stacey Dooley.

However, he recently announced he would not be returning for another series after wanting to explore new opportunities outside the BBC show.

Amy revealed she was “gutted” to find out her friend had left and opened up on how the pair have known each other for a long time.

Speaking out on when she found out the news, Amy noted: “I was gutted. Kevin brings so much creativity and energy to the group but I wish him all the best. 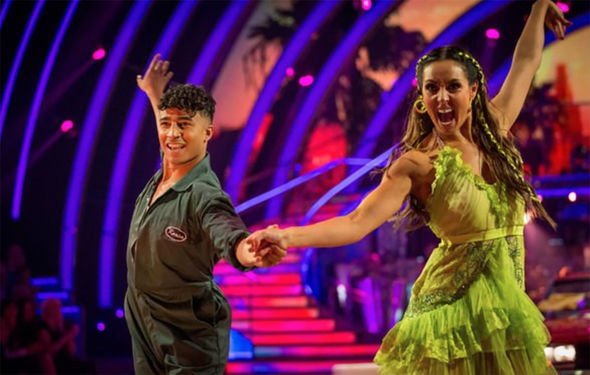 “He’s got some exciting things coming up and he’s so talented he’s going to do so well,” she added.

Amy also revealed she had known Kevin for many years and he was her “idol” whilst she grew up learning to dance.

The star, who started dancing when she was just eight years old, confessed: “Yeah, I’ve known Kevin for a long time, I was his biggest idol growing up. Yeah, literally, I wanted to be like Kevin Clifton!”

Luckily, Amy has confirmed she will be back for another year as It will be her fourth series competing on Strictly.

She also spoke about her close bond with the other professionals on the show, and confessed they were like “a big family.”

The pro, who is getting married to her fiancé Ben Jones in July, confirmed her co-stars were all invited to her upcoming wedding.

Asked about her relationship with her fellow professionals, she told Express.co.uk: “Oti Mabuse and Dianne Buswell are both my bridesmaids for my wedding, so I get on with them super well obviously.

“They’ve got great personalities and we all support each other. We push boundaries when it comes to group numbers. Nancy [Xu], she was lovely on the show last year,” Amy gushed.

Amy seemed confident her wedding would be going ahead as planned amid the coronavirus outbreak, adding: “We’re getting married in July. Obviously everyone’s health and safety is priority.”

She outlined how she has been helping fans keep busy whilst government guidelines regarding social distancing remain in place: “I’m just trying to keep myself as busy as possible whilst self-isolating.

“So I’ve set up a YouTube Channel for dance classes we’re doing live dance classes as well as putting videos out of classes to do any time of the day!”

Strictly Come Dancing returns later this year on BBC One.