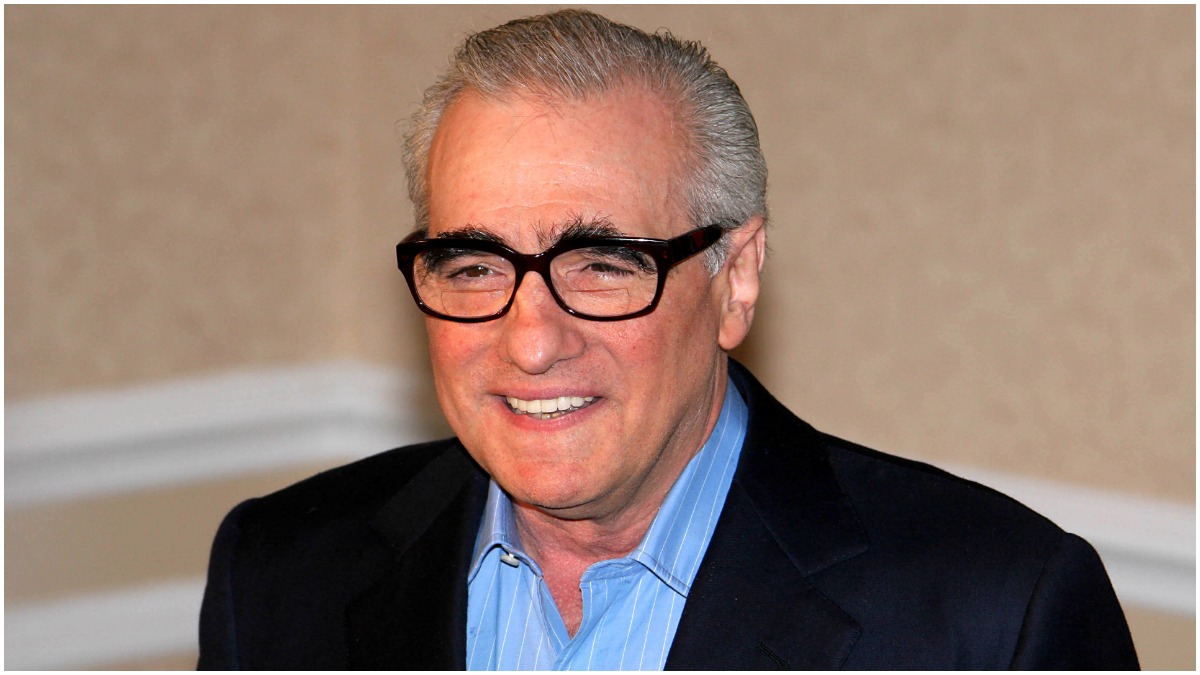 Martin Scorsese is, inarguably, one of the greatest film directors in cinema history. This is due to his almost encyclopedic knowledge of film history, which he utilizes in all his work.

Scorsese has been working in movies since 1959 and made his mark initially in the ’70s with the gritty, realistic crime drama films before moving on to more varied films in the ’80s and ’90s.

At the age of 77, Scorsese is still working and released an award-caliber film in 2019, which was streamed on Netflix – the director’s first foray into the world of streaming services.

His movies have picked up nine Oscar nominations for Best Picture, although he has yet to win that award. 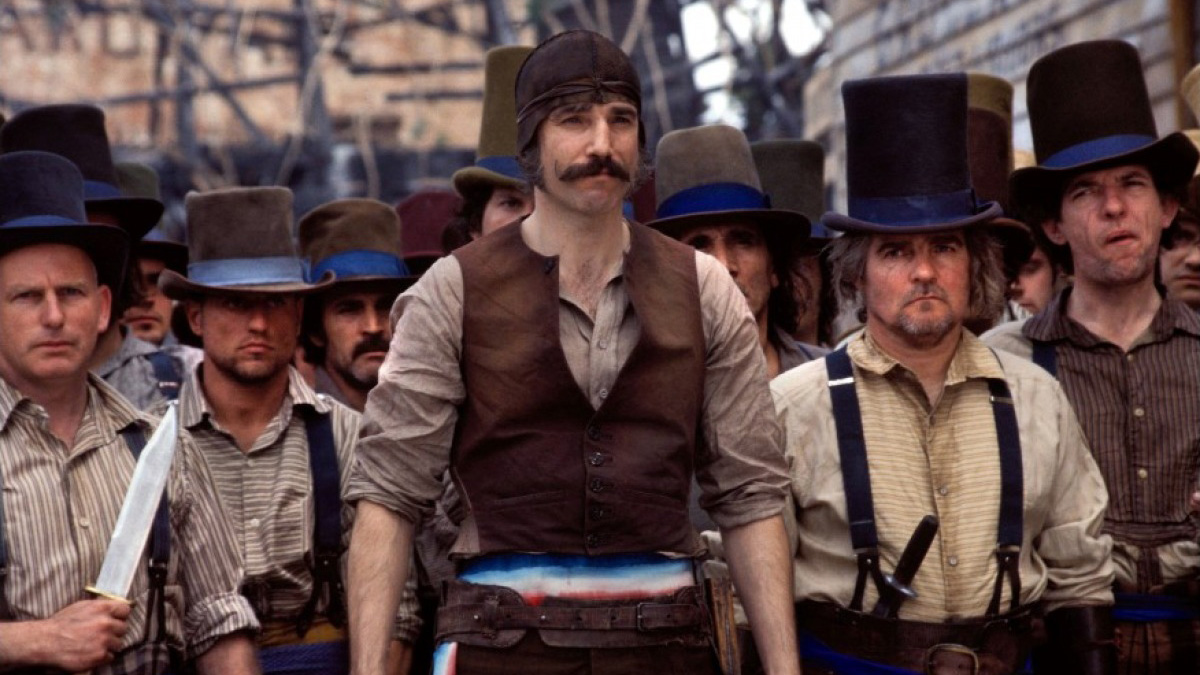 Martin Scorsese released Gangs of New York in 2002, and it achieved great success.

The film picked up 10 Oscar nominations, although it didn’t win any of them. They included Best Picture, Best Director, and Best Actor for Daniel Day-Lewis.

The movie takes place in 1863 when a long-running feud between Catholics and Protestants turns into violence.

DiCaprio is Amsterdam, a young Irish immigrant released from prison who returns to Five Points to find revenge against his father’s killer (Day-Lewis). 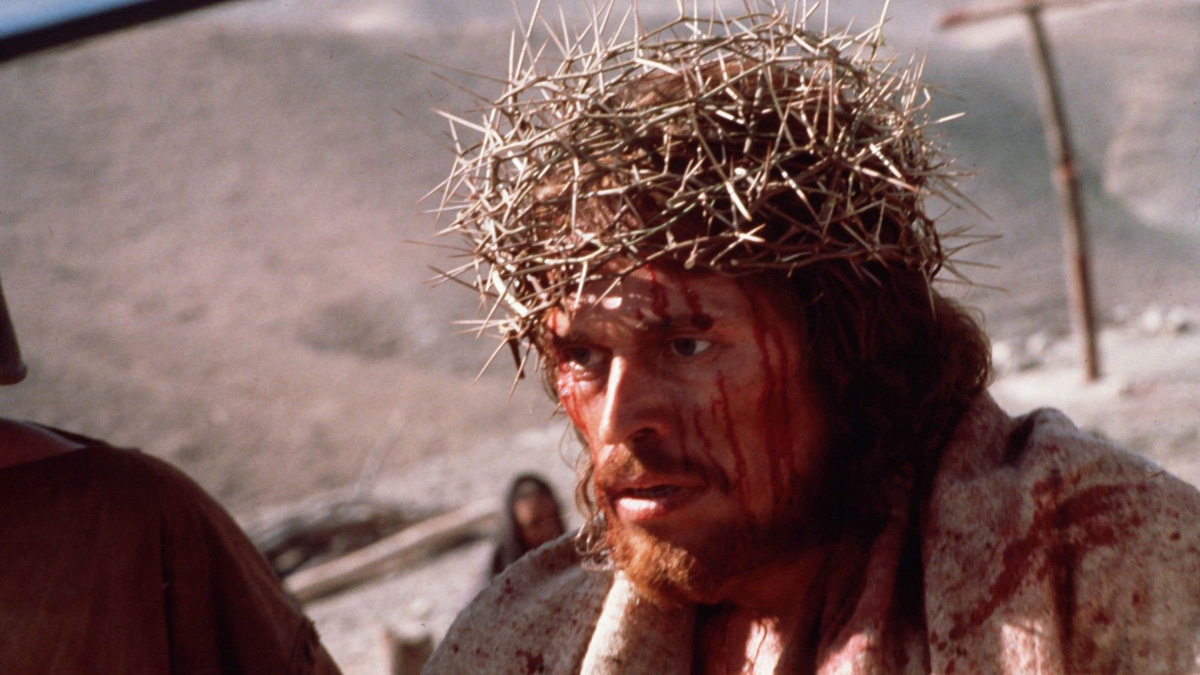 In 1988, Scorsese made one of his more controversial films in The Last Temptation of Christ.

The controversy came due to religious groups who did not understand the film’s message. This is the story of the final days of Jesus Christ’s life before his death and resurrection.

The title refers to Satan’s final temptations of Jesus, as described in the Bible, as he offers Christ a beautiful life if he rejects God and betrays his religion.

Willem Defoe stars as Christ in the movie, which Scorsese made based on his history with religion throughout his life.

While the target of protests, Scorsese still picked up an Oscar nomination for Best Director. 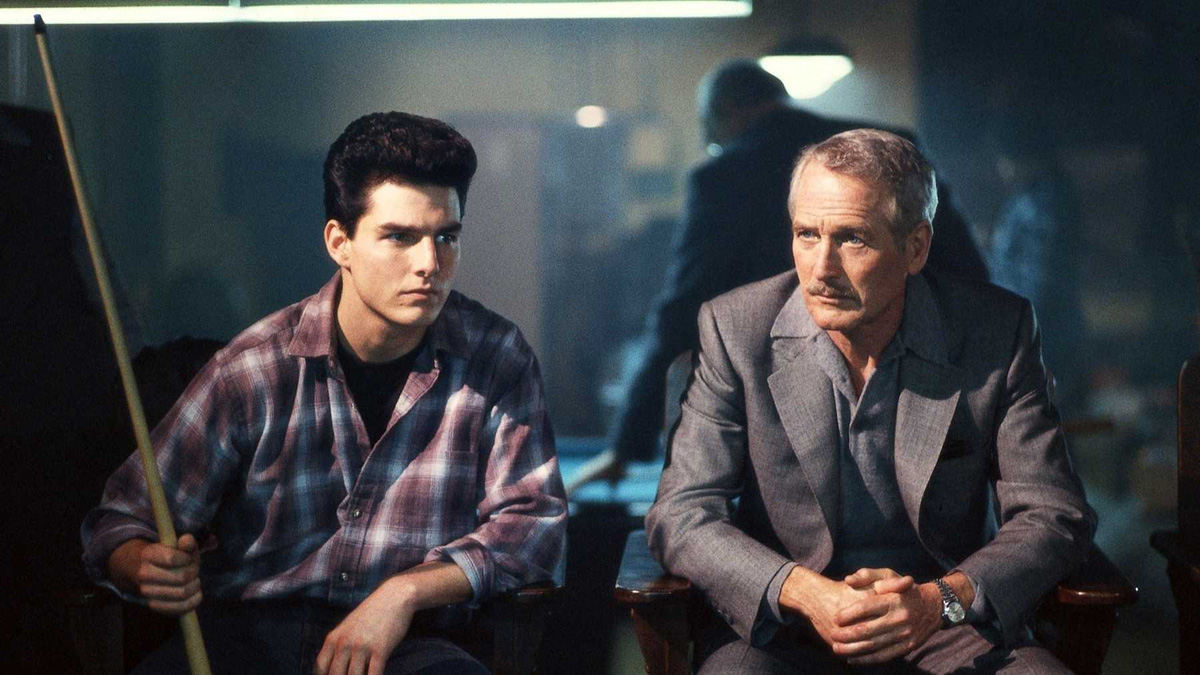 Twenty-five years after Paul Newman starred as Fast Eddie in the movie The Hustler, Martin Scorsese directed a sequel with The Color of Money.

Newman returned as Fast Eddie, now retired from the pool circuit, working as a liquor salesman. However, there is a new kid on the block who wants to step into his shoes in Vincent (Tom Cruise).

After trying to help Vincent become a better pool hustler by curbing his arrogance, Eddie starts to get the itch to play again.

However, at a tournament in Atlantic City, Eddie and Vincent end up playing, and it is time to see if the student can finally beat the teacher.

Paul Newman won the Oscar for Best Actor for the Martin Scorsese movie. 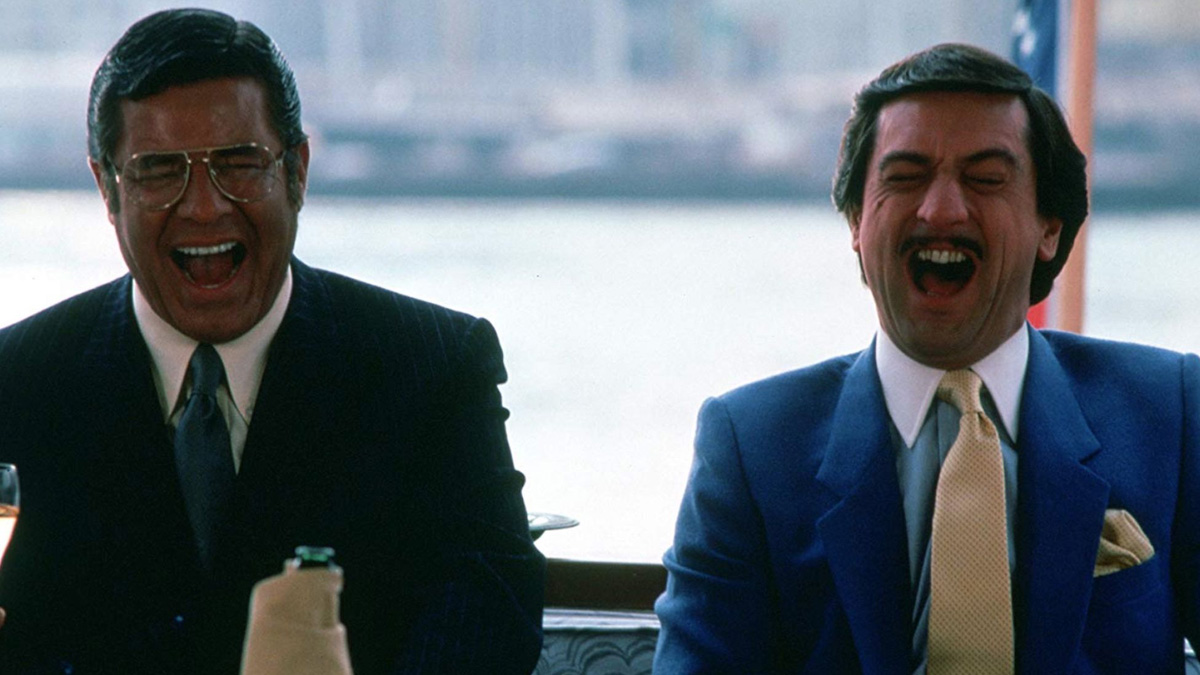 Martin Scorsese scored a coup when he was able to sign Jerry Lewis to co-star in his biting back comedy movie The King of Comedy.

Robert De Niro continued his track record of playing psychopaths in Scorsese movies when he appeared here as Rupert Pupkin, a man with delusions of being a talk show host.

When he meets a real talk show host in Jerry Langford (Lewis), Pupkin is sure this is his key into the world of comedy, but the celeb has no interest.

Pupkin won’t stop, though, and ends up kidnapping the talk show host to try to get a spot in his show. The movie was a critical failure upon its release but has become a misunderstood classic in the years since. 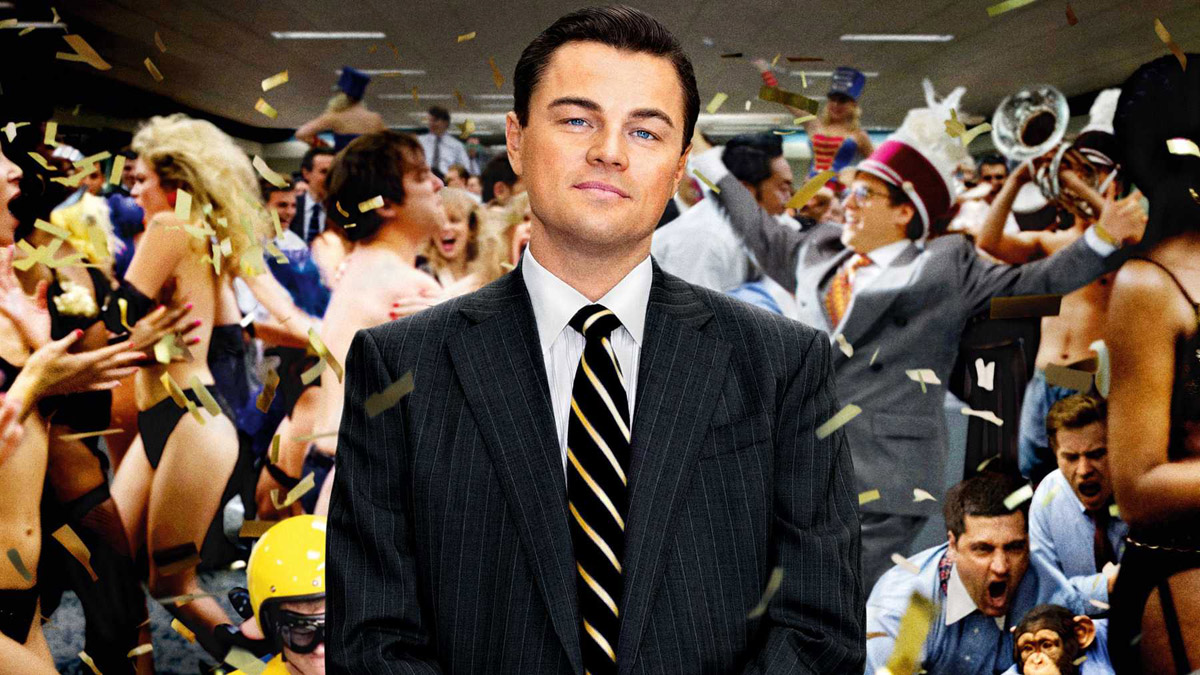 In 2013, Martin Scorsese teamed with Leonardo DiCaprio for the biographical black comedy The Wolf of Wall Street.

Based on the 2007 book of the same name, the movie tells the story of Joran Belfort, a stockbroker in New York City, and the corruption and fraud that ran rampant on Wall Street.

DiCaprio stars as Belfort in the movie, while Jonah Hill was a standout as his business partner Donnie, a rare serious turn from the comedic actor. 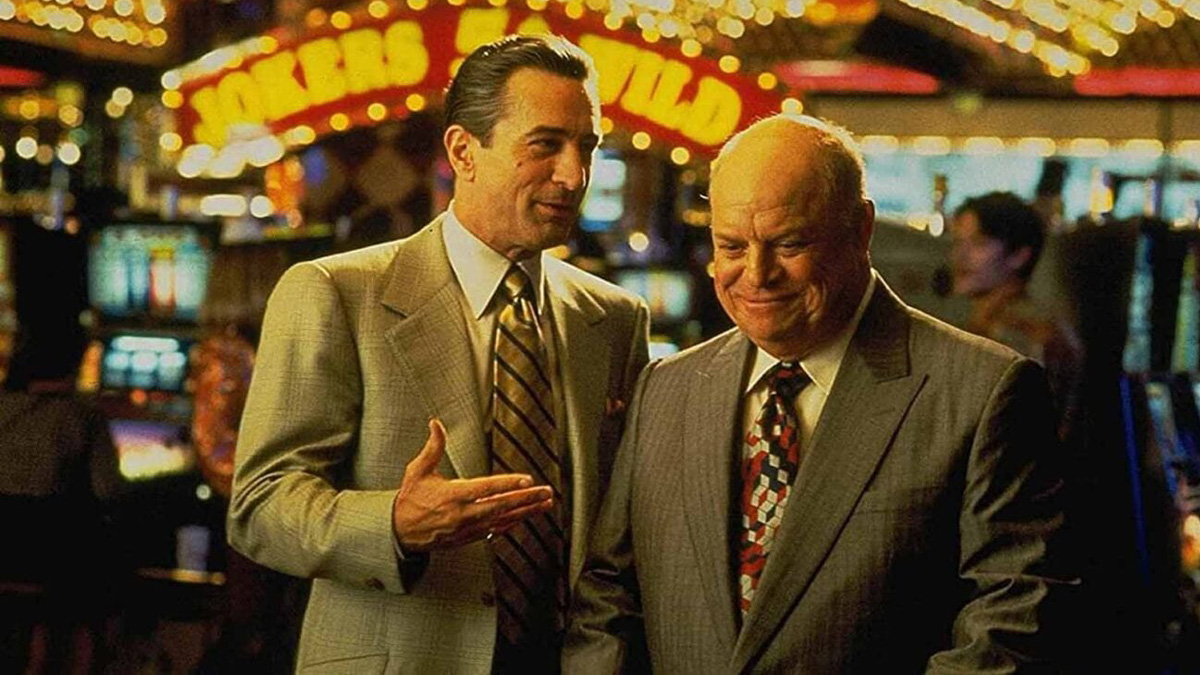 For years, Martin Scorsese had a love affair with the mafia in cinema, and that all culminated with his 1995 release, Casino.

The movie takes place in the ’70s and follows a mobster in Ace Rothstein (Robert De Niro), who is hired to run the Tangiers Casino in Las Vegas.

While he is a massive success in the new role, his world starts to crumble around him due to a loose cannon enforcer (Joe Pesci), an ex-hustler wife (Sharon Stone), a con-artist (James Woods), and several corrupt politicians.

The movie remains beloved by fans of Scorsese, but the Oscars only rewarded it with one nomination – a Best Supporting Actress nod to Sharon Stone. 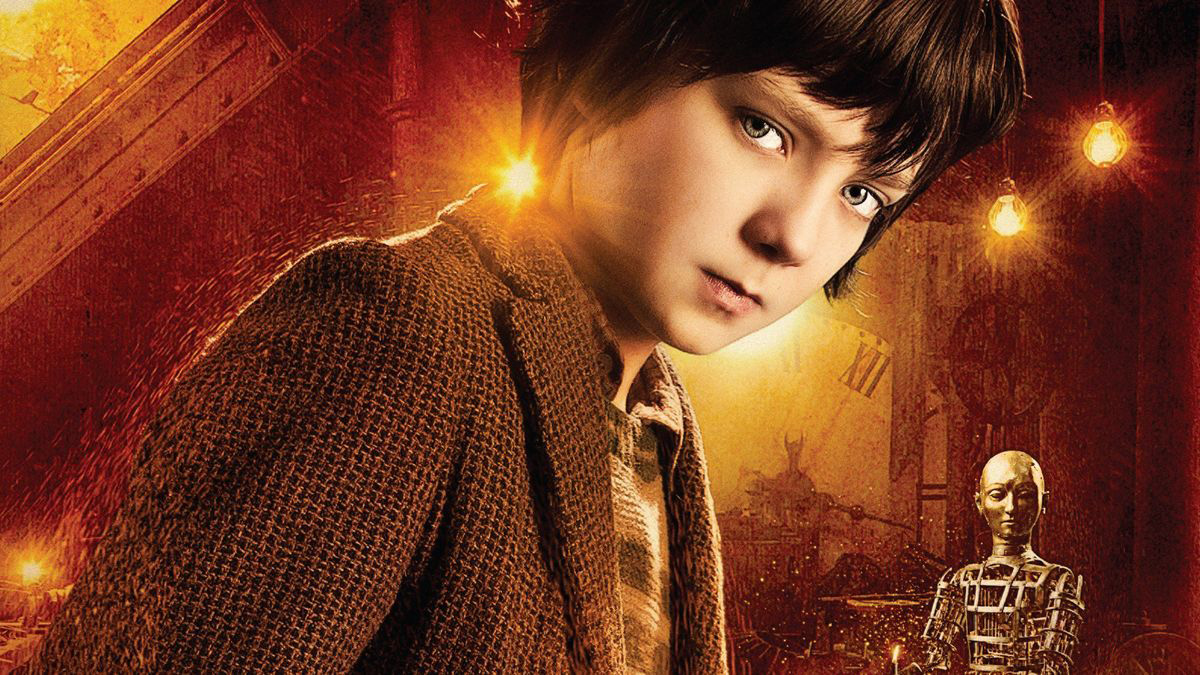 Most of Martin Scorsese’s movies are directed solely toward the adult audience, with crime cinema his forte.

However, in 2011, Scorsese did something entirely out of his wheelhouse. He directed an adaptation of a book about a child in London and shot it in 3D.

While it seemed like a risk, it ended up as a wonderful story of discovery, and it was a true love letter to the origins of cinema, with references to pioneering filmmaker Georges Melies.

Asa Butterfield stars as Hugo Cabret, a homeless child who lived with his father until his sudden death. Now alone, Hugo seeks to understand the broken automaton that his father found, and by doing so, find his place in the world. 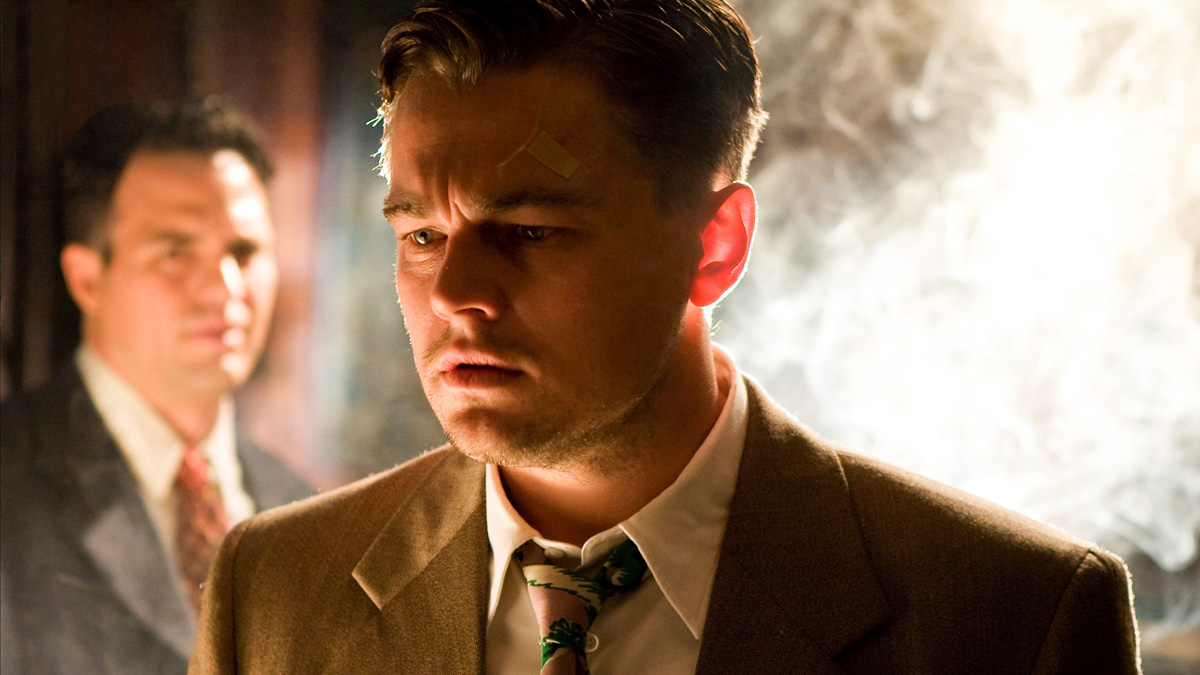 In 2010, Martin Scorsese ventured into the realm of horror movies when he directed the thriller Shutter Island.

Based on the novel by Dennis Lehane, the story follows two U.S. Marshals as they head to a psychiatric facility on Shutter Island when one of the patients goes missing.

Leonardo DiCaprio and Mark Ruffalo star as the marshals investigating the case. However, as the audience soon discovers, nothing is as it seems when they start to learn that the doctors there (Ben Kingsley and Max von Sydow) might not be who they seem.

The film was Scorsese’s second highest-grossing film of all-time. 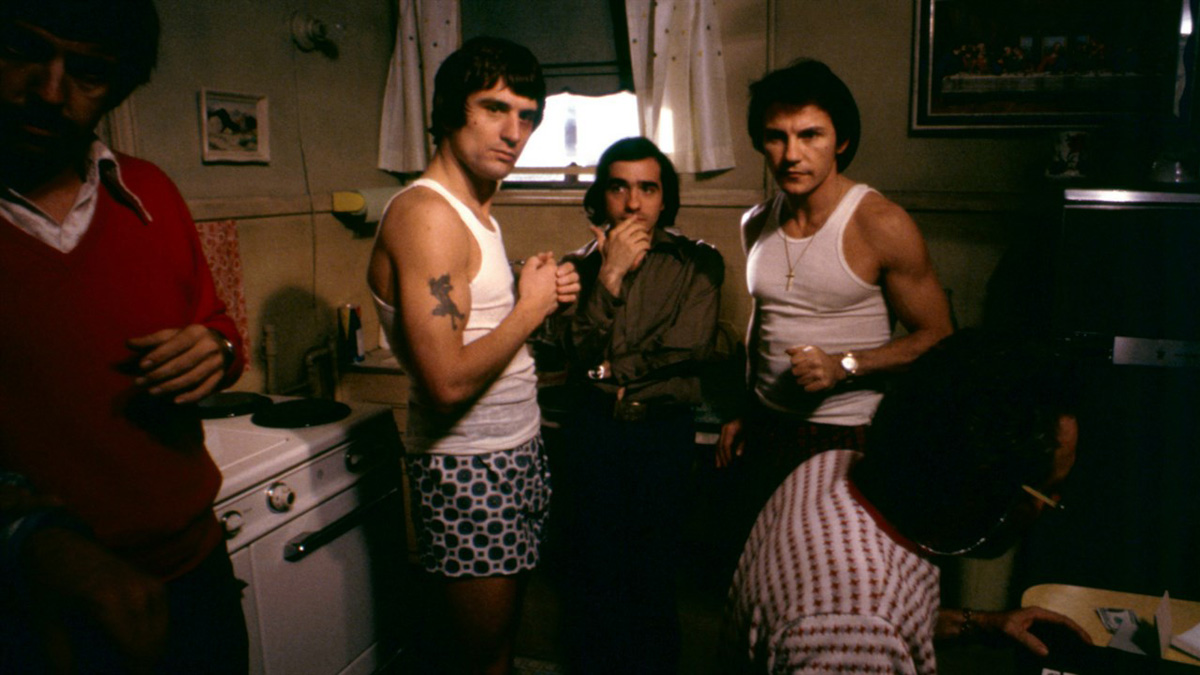 Mean Streets was Martin Scorsese’s third movie, but it was his breakout hit and the film that made him one of the ’70s top up-and-coming directors.

The film follows Charlie (Harvey Keitel), a young Italian-American in Little Italy, trying to get by in a dangerous neighborhood. However, his life is always in danger due to his young friend Johnny Boy (Robert De Niro), a reckless hoodlum.

Charlie works for his Uncle Giovanni, a powerful mob boss, and tries to be the most honorable man he can in a world that often ignores that trait. 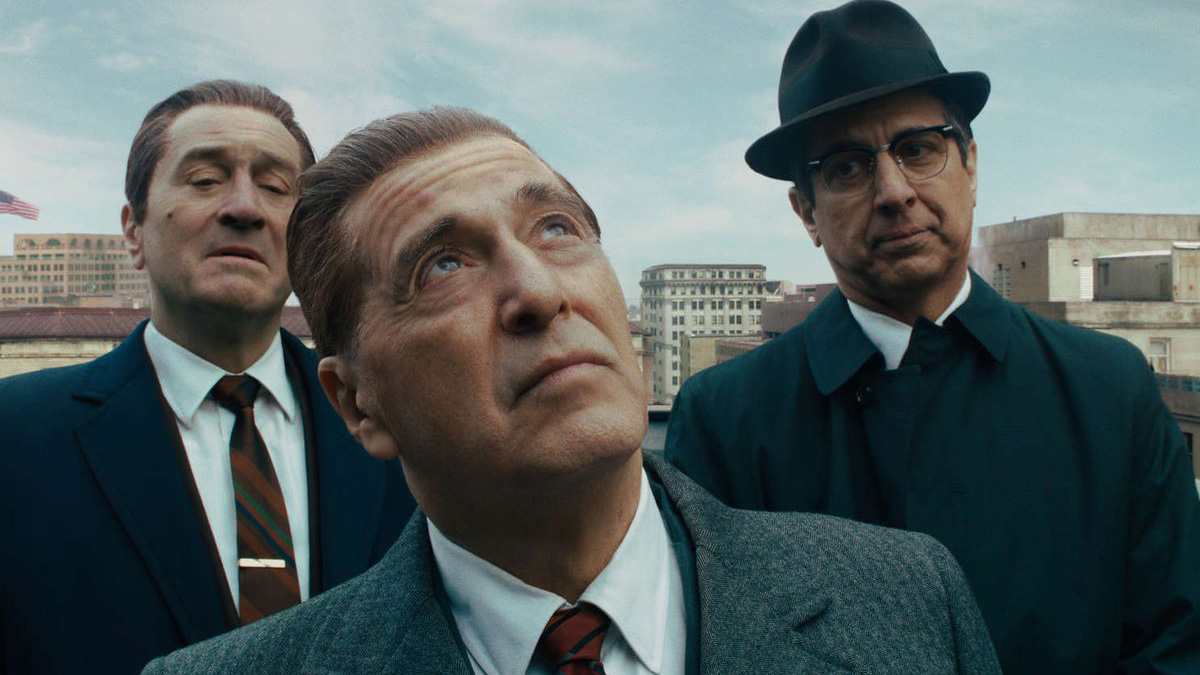 Martin Scorsese’s most recent film ended up going to Netflix because the acclaimed director couldn’t find a studio willing to put up the money needed to make the crime epic.

What resulted was a film that seemed like Scorsese was putting a bow on his career directing crime films.

Based on the 2004 book I Heard You Paint Houses, the film follows Frank Sheeran (Robert De Niro) as a truck driver who becomes a hitman for mobster Russel Bufalino (Joe Pesci).

The Netflix movie ended up picking up nine Oscar nominations, making it one of the most successful films for the streaming giant. 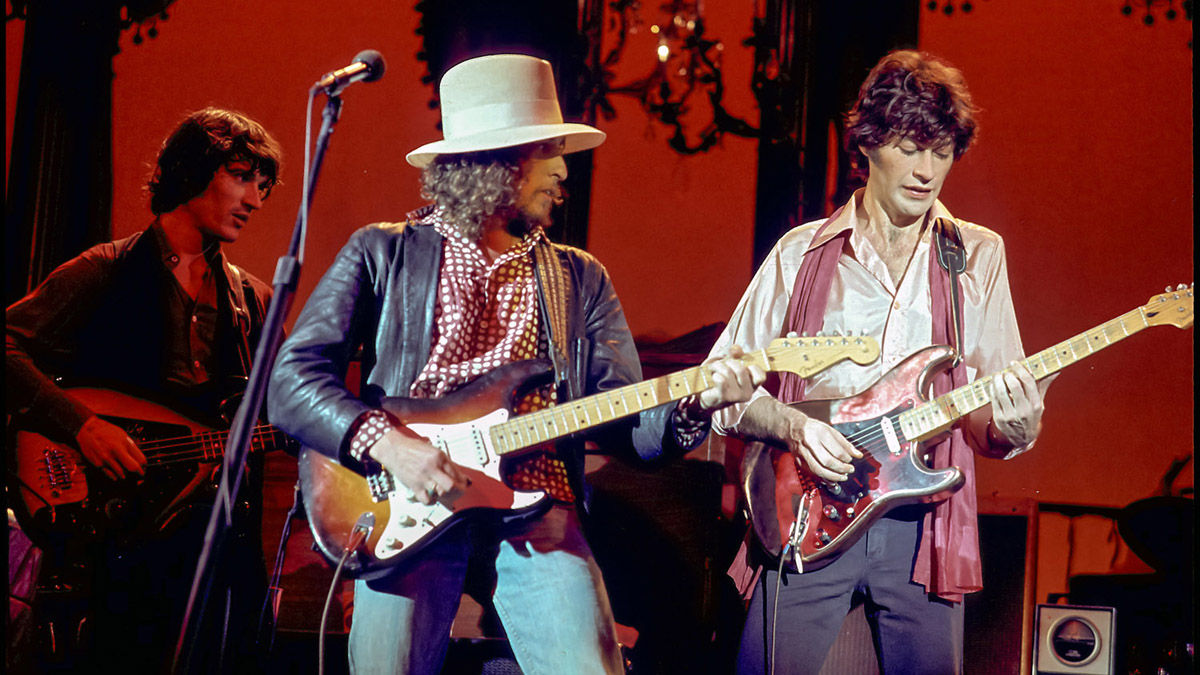 The Last Waltz was a concert movie. This was the farewell performance by classic rock band The Band, which took place in San Francisco on Nov. 25, 1976.

The concert was edited into a documentary-style film by Scorsese, integrating concert performances, interviews, and songs shot on a sound stage. 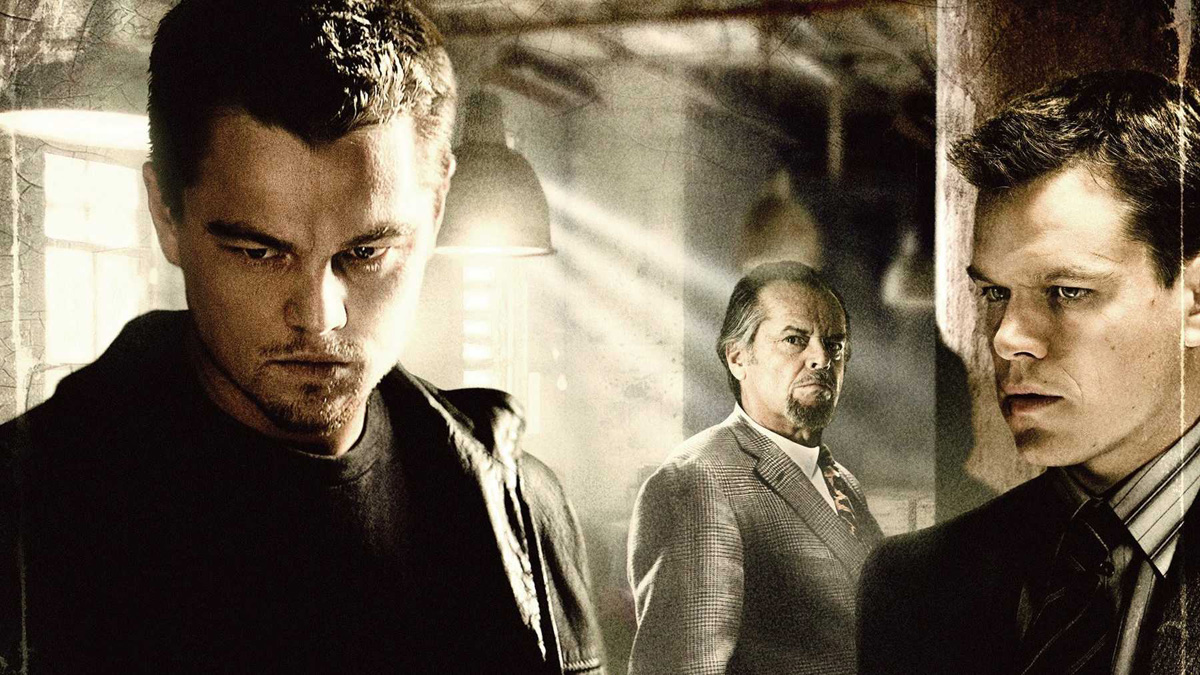 Martin Scorsese remade a movie in 2006 when he directed The Departed.

The film was a remake of the 2002 Hong Kong film Infernal Affairs – a great crime thriller on its own. There are even scenes in The Departed (such as the elevator scene) filmed shot-for-shot from the original movie.

Leonardo DiCaprio is a Boston state trooper who goes undercover in a mafia group led by Jack Nicholson’s Frank Costello. What he doesn’t know is that Frank sent his mole into the Massachusetts State Police in Matt Damon’s Colin Sullivan.

This gave Scorsese his first Oscar win for Best Director. The film also won for Best Picture, and Mark Wahlberg picked up a nomination for Best Supporting Actor. 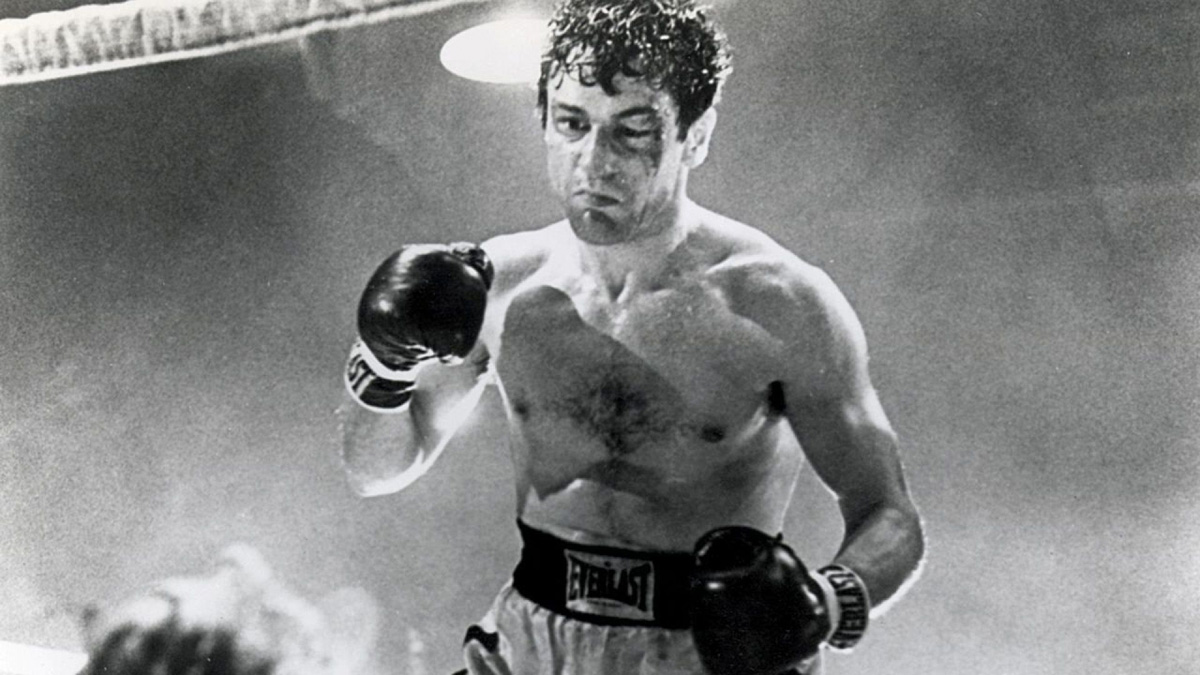 Raging Bull lives in history as one of the biggest Oscar snubs of all-time.

Robert De Niro stars as Jake LaMotta, a boxer who had all the talent in the world, but his self-destructive tendencies and uncontrollable rage ruined his career and almost destroyed his life.

De Niro transformed his body throughout the shoot, going from the lean and muscular boxer to an overweight man in his later years. It was enough to win De Niro an Oscar for Best Actor.

The movie lost out to Robert Redford’s Ordinary People for both Best Picture and Best Director. 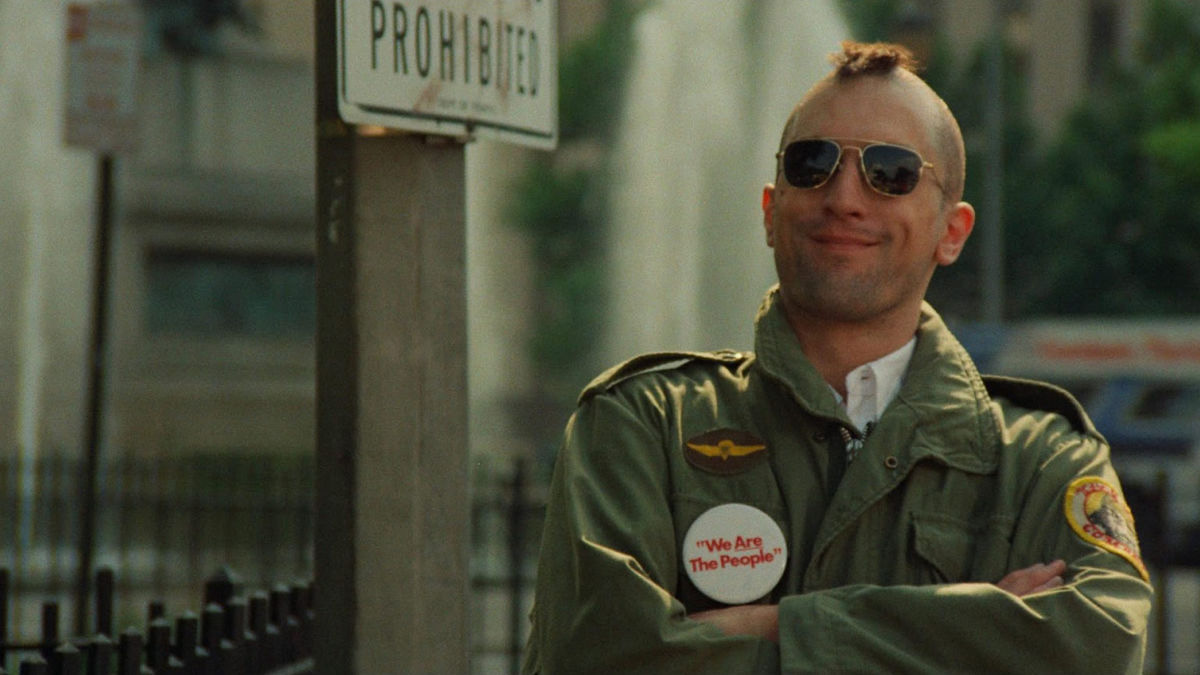 In 1976, Martin Scorsese and Robert De Niro teamed up for what was arguably their masterpiece together.

The movie was Taxi Driver, where De Niro was a Vietnam vet who returned to an America he didn’t recognize. He now works as a taxi cab driver, and the movie follows his relationship with some of his fares.

These include a teenage prostitute (Jodie Foster), who Travis Bickle takes an interest in protecting. There is also a woman who works for a presidential candidate.

As the movie moves on, Bickle starts to lose his grip on sanity, planning to assassinate both the presidential candidate and the pimp for who the young prostitute works for. 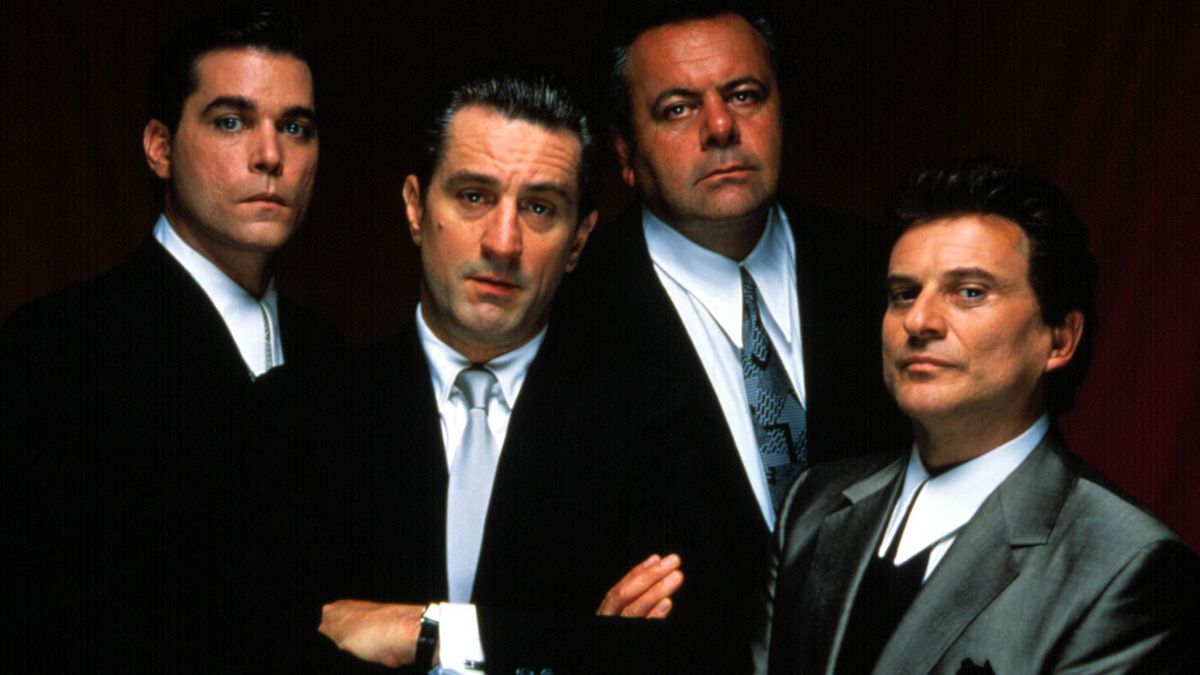 The movie stars Ray Liotta as Henry Hill, a mob associate who turns on his crime family when the law starts investigating.

Based on the non-fiction novel Wiseguy by Nicholas Pileggi (who also helped write the script), the cast worked with the author on improvised lines that made this one of the most quotable movies in history.