The Bachelorette couple, Becca Kufrin and Garrett Yrigoyen, from season 14, shut down rumors that they were splitting up only days ago. However, the couple might have another disagreement on their hands. Fans wonder if the relationship will last through their conflicting viewpoints. 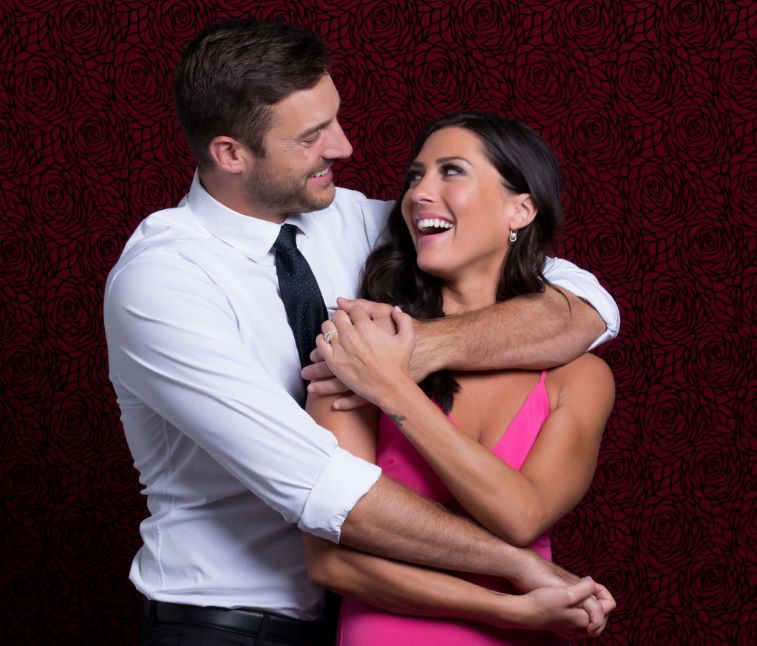 The former Bachelorette, Kufrin, is speaking out on Instagram about racial injustice following the unjust killings of Ahmad Abrey, Breonna Taylor, George Floyd, and many others. She is planning a podcast with the first black Bachelorette, Rachel Lindsay, to discuss how to make a change.

“When something happens in the world that is wrong, don’t try to move on with your life like it is right,” Kufrin’s Instagram post read. “The voice within you that says, ‘This is not OK,’ is a direct call from the basic goodness of your spirit. Pick it up. Every time. Pick it up. And stay on the line until you figure out how to help.”

RELATED: ‘The Bachelor’: Lauren Luyendyk Called Out a Fan For Commenting the 1 Question You Should Never Ask A Woman

Kufrin also posted a video explaining that “it’s not OK to stay silent.” She shared a touching story about her grandfather and a gay, black man in Minneapolis during the 1960s. She discussed how her grandfather displayed love and acceptance, even when it wasn’t the norm for his neighborhood. “Let’s just try to be better,” she concluded the video.

On Blackout Tuesday, Yrigoyen posted a black square with a caption of various skin color emoji fists. However, the next day he wrote a lengthy caption with a black square and a thin blue line.

“With so many friends and family in law enforcement, I couldn’t sit back and not support them and the hundreds of thousands of men and women of all races that represent this Thin Blue Line as well,” Yrigoyen wrote in an Instagram post.

I’ve been pretty tore up the past week about everything going on. I’ve listened, learned, helped, supported, and grown. With so many friends and family in law enforcement I couldn’t sit back and not support them and the hundreds of thousands of men and women of all races that represent this Thin Blue Line as well. It’s important for me to recognize the ones who stand in the gap and put their lives on the line each and every single day for humans of different race and ethnicity, including those who hate them. The Thin Blue Line represents each officer protecting protestors, properties, and businesses while being threatened, attacked, shot, shot at, hit with vehicles, and other forms of brutality. There have been over 300 injured, shot, or killed in just one week. They are suffering the consequences over an act they didn’t commit. They continue to put in overtime away from their families, stay silent while being threatened, hated, and assaulted. We can’t judge an entire group of people by the actions of a few. We can’t judge the peaceful protesters by the actions of the few violent protesters, and we sure can’t judge all cops by the actions of a few bad ones. Remember when they put on the badge they’re still humans, with raw emotion, the more brutality they face the more on edge they become, they make mistakes, they have compassion, and no matter how terrible they are treated or whatever negative is said to them, they still show up for us when we need them! Remember these men and women who hold this Thin Blue Line; strangers, friends, family, neighbors, or your enemies. They will always be out there protecting us, no matter what! #thinblueline #antiracism #antibrutality

RELATED: ‘The Bachelorette’: Rachel Lindsay Speaks Out About Why ‘Silence on Social Media Is Saying A Lot’

Kufrin’s family immediately spoke up in the comments to his Blue Lives Matter post, along with a Bachelor contestant, Bekah Martinez.

“This is the time to support our African American brothers and sisters,” Kufrin’s brother in law wrote in the comments. “That’s is what is important.”

Kufrin’s sister could not stay silent either after seeing her future brother-in-law’s words.

“G, you know I love you, but this is so much bigger than what you commented above,” Kufrin’s sister added. “At this point in time, we need to support the black community and listen to their calls for systemic change in this country. By taking away their voices, you are only asserting your privilege and losing sight of the bigger picture at hand.”

“I’m torn because I could personally not be with someone who has such fundamentally different beliefs than me,” one Reddit user wrote. “It will be interesting to see if they last.”

Other fans expressed similar feelings, and wonder if the two will discuss this issue privately. Some fans pointed out that Kufrin is coming under fire for her fiance’s viewpoints.

“He’s not her crazy Great Uncle Joe who is old and not worth arguing with that she only sees on Christmas,” another Redditor pointed out. “He is her fiance that she comes home to every night and will presumably influence their future offspring with his thinking.”

Many fans hope that the two will talk about their differing stances.