The popular Freeform series The Bold Type had a good run. After five seasons, it comes to an end on the network, wrapping up its storylines for the central characters. How does it all work out for the women of Scarlet? Learn what’s happened so far, The Bold Type Season 5 finale date, and one unbelievable plotline from the TV show.

‘The Bold Type’ Season 5 is coming to an end

The Bold Type premiered in 2017. The series began with three employees at a fictional magazine, Scarlet. Kat Edison (Aisha Dee) heads up social media. At the same time, her best friends, Sutton Brady (Meghann Fahy) and Jane Sloan (Katie Stevens), are assistants looking to break into the fashion and editorial sides, respectively.

Over the previous four seasons, they’ve all met their goals while facing hurdles along the way. Now, Kat’s using her media skills to help others while Jane climbs the ladder at Scarlet and Sutton’s grown into a trusted stylist. Of course, their personal lives are another matter (more on that to come). 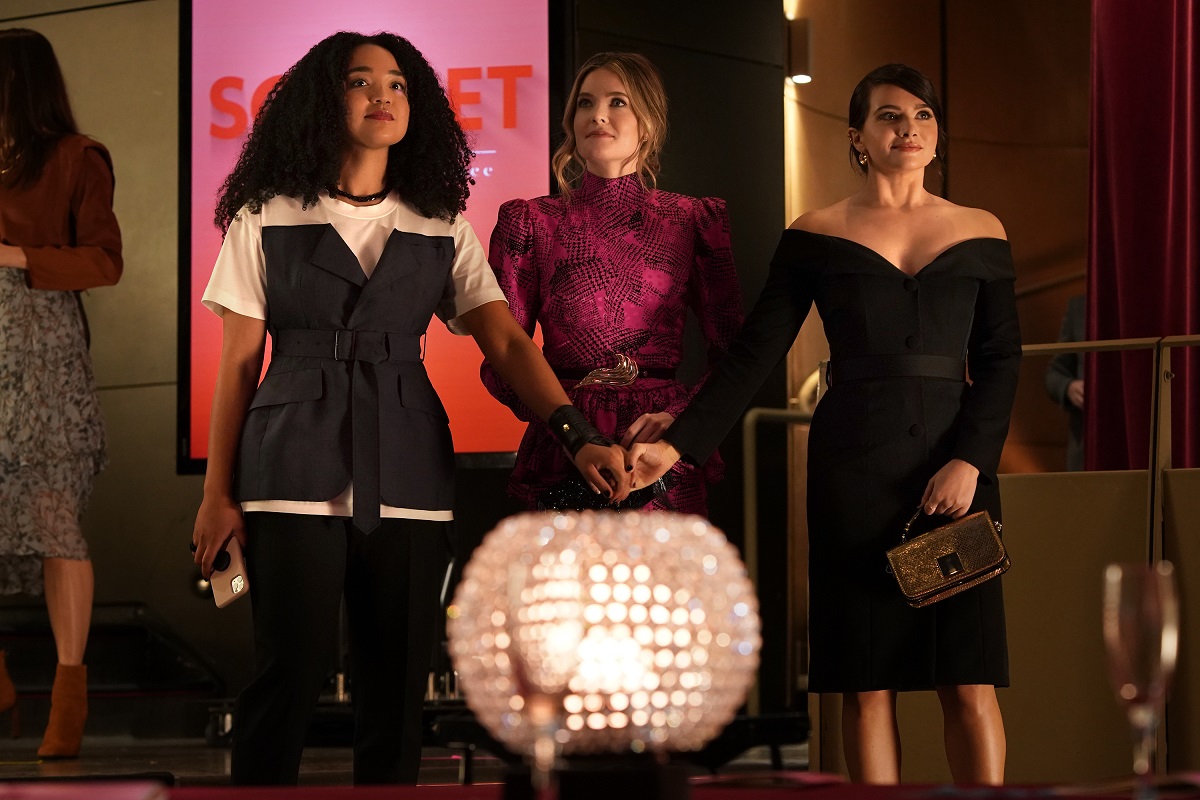 The abbreviated The Bold Type Season 5 wraps up on June 30, 2021. And they won’t be returning for a sixth. “It felt like the right way to end the show,” Stevens told Entertainment Tonight of “the pretty collaborative experience.” Fahy, meanwhile, explained the complications involved.

“We were in a really tricky spot because we lost two episodes at the end of season 4,” she said. “Then when we got picked up for season 5, we only had six [episodes] to wrap it up. So the writers had a really, really hard job…to kind of figure out a way to get everybody to a place that felt really good in that amount of time.”

What will happen to ‘The Bold Type’ couples?

The friendship between Jane, Kat, and Sutton is the central focus of The Bold Type, as are their careers. But what many fans tune in for are their romantic relationships. And with some loose ends up in the air, audiences are curious how things will wrap up for the characters in the final episode.

Both Kat and Sutton spent some quality time with their exes in The Bold Type Season 5 Episode 5, “Don’t Turn Away.” Sutton and Richard get their closure with the divorce, but then they sleep together. Kat and Adena continue working together, which, naturally, leads to them reconnecting physically. As for Jane, it looks like there’s just one episode left for her to contact her former employee, Scott.

The 1 final arc audiences can’t get behind

Even when they attempt to, most TV shows never truly capture reality. For years, journalists and others with insight into the media business have noted that even though The Bold Type tries to touch upon the hurdles facing the industry, it doesn’t often succeed in a way that makes sense. But it’s fun, escapist TV nonetheless.

However, one plot point from the final season feels especially unrealistic. Jane, a 20-something writer with little experience as an editor, taking over for Jacqueline Carlyle at the top of the masthead. “The Bold Type is gonna end with Jane becoming EIC of Scarlet isn’t it,” tweeted Teen Vogue’s De Elizabeth. As the penultimate episode revealed, that’s precisely how the show concludes.