ITV quiz show The Chase sees Bradley Walsh guide four contestants against one of the show’s five Chasers in a range of tricky general knowledge quiz rounds. Shaun ‘The Dark Destroyer’ Wallace was the team’s opponent on Monday evening’s instalment but as ever, The Chaser ended up on the receiving end of Bradley’s digs, at one point telling a contestant Harriet: “See what I’ve got to put up with?”

All four players managed to make it through to the Final Chase today.

Tom, Wyn, Harriet and Heather were up against Shaun and it soon became clear they would be tough to beat.

However, while player two Harriet was up at the podium, Bradley couldn’t help but make a joke at Shaun’s expense.

Shaun walked out to go against her in the head-to-head, telling the player: “Hello Harriet, I’ve got a black belt too.” 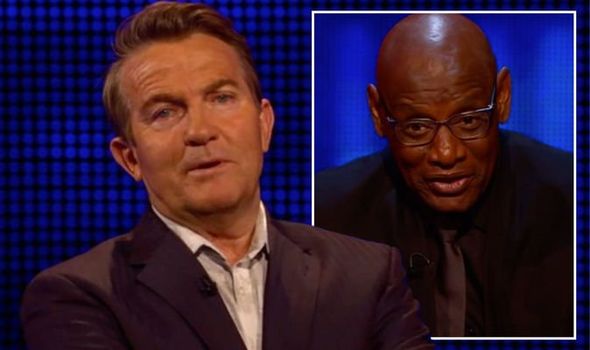 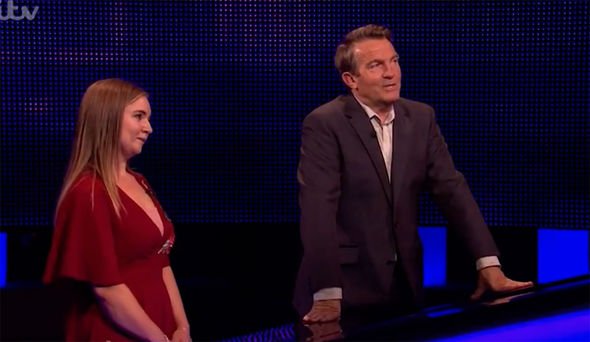 After Harriet had previously told the host she had received one in karate, Shaun quickly added: “To hold up my trousers…”

The host was left unimpressed by the comment and made a sound to show his thoughts before swiftly moving on.

Swiping at Shaun’s jokes, he told the player: “See what I’ve got to put up with?”

Luckily Harriet made it through to the Final Chase and soon enough, more of her contestants joined her. 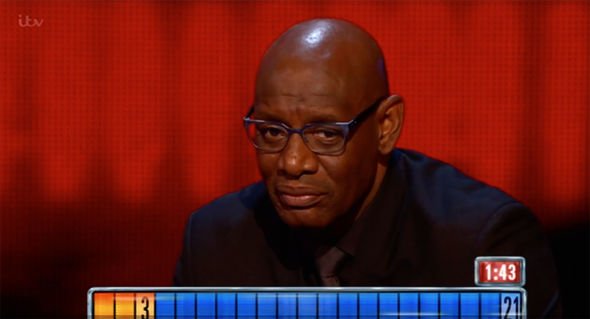 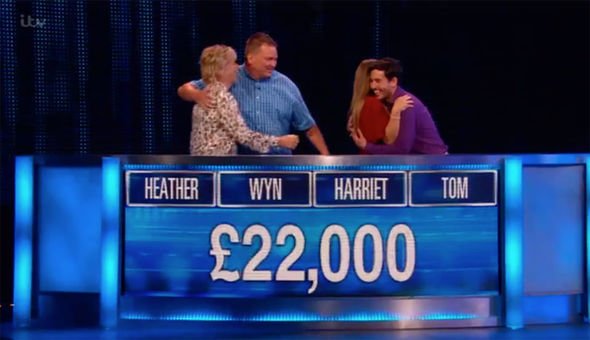 None of today’s players decided to go for the high offer despite more than one very strong cash-builder round.

Last up was Heather, who managed to pick up a whopping £8,000 in her quick-fire round.

It still wasn’t enough to persuade her to go for the £46,000 she had been offered by Shaun – but she managed to get through and join the rest of the team.

The players got 21 steps ahead of Shaun tonight and secured two pushbacks making it a tough job for The Chaser.

He wasn’t able to catch them and Bradley and the team were left elated by the victory this evening.

However, today’s impressive Final Chase from the team led to a rare critique from Shaun.

When asked by Bradley for his reflections on his performance, he said: “Poor performance by me in the Final Chase, I thought.”

He went on to note how strong today’s team were, repeating: “I thought that was a poor performance by me.”

The host said: “I think The Chaser is being quite hard on himself there – but I thought my team performed brilliantly.”

Will tomorrow’s new set of players be able to achieve a similarly impressive performance against The Chaser and take home some money?

The Chase airs weekdays from 5pm on ITV.