on 90 Day Fiancé and its spinoffs, Chantel Everett and Pedro Jimeno have become fan favorites, and that includes their families as well. The family scored their own show called The Family Chantel, and with season 2 right around the corner, it’s the perfect time to reminisce about some of the best moments from season 1.

In the premiere episode of season 1, Chantel comes clean to her family about the drama that went down on her trip to the Dominican Republic. Her family decides to drive over to Chantel and Pedro’s place and confront him. Chantel’s mother, Karen, doesn’t come along alone though, and she actually brought with her a stun gun. 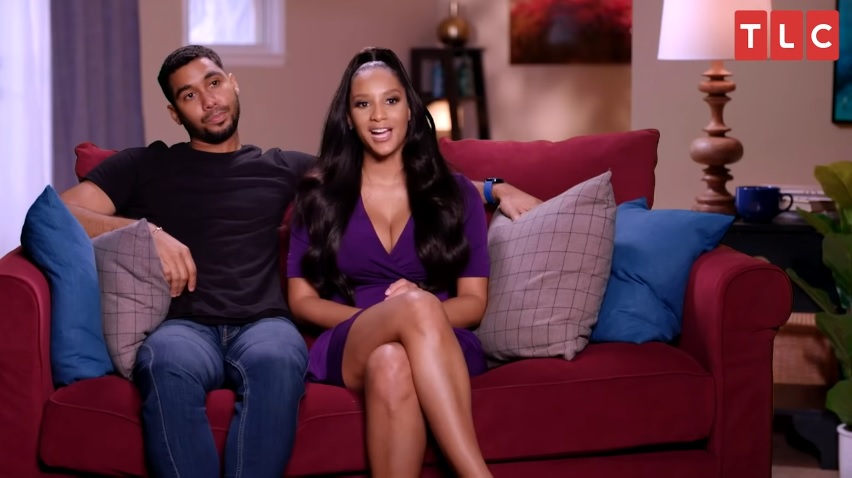 The couple usually has some kind of drama in their lives, and fans have been known to eat it up. The problems all started when Pedro came to the United States on a K-1 visa, and Chantel told her family he was on a student visa instead. They sprung the truth on them only days before the wedding, and ever since, there has been tension.

After returning from their trip to the Dominican Republic where they had even more problems, Chantel tells her family about what went down, and they aren’t happy about it. She tells them that Pedro’s sister, Nicole, showed her a video of Pedro dancing with another woman.

Chantel’s mother thinks that Pedro should apologize to her daughter. “Pedro may need to be dealt with on terms that he will understand,” Karen says.

Chantel also reveals that she met with a friend, Obed, while visiting, and he told her that Pedro’s mother and sister were “hoping and wanting” him to marry an American, allowing him to send money back for them to start a business.

“I basically found out that our whole marriage is a scam,” Chantel details. Karen tells the cameras that she “knew it.”

Karen says Chantel needs to “get out,” and that the family will help her do that. Chantel says she’s tried to talk to Pedro about it. “And last night, he told me to find another husband,” Chantel explains, which her family doesn’t react to well.

The family wants to go over to Chantel and Pedro’s apartment, but Chantel tells them not to, and that she shouldn’t have told them about it. Karen gets out a stun gun in the shape of a flashlight, and holds it up in the air, letting it go off and crackle. They all walk out of the house, and drive over to confront Pedro. Chantel drives over separately, while her mother, father, Thomas, and sister, Winter, head over to Chantel’s apartment.

When they knock on the door, they don’t get an answer, but Chantel eventually climbs the stairs and unlocks the door and lets them in. Chantel tells the cameras that she didn’t think her family’s reaction would be to drive over and “confront” Pedro.

Pedro says he doesn’t want to talk with them. “We just want to know what happened in the Dominican Republic, and the respect for our daughter,” Thomas tells Pedro.

“Chantel told us what happened,” Karen says while holding the stun gun flashlight in her hand. Suddenly, Chantel tries to get the stun gun out of Karen’s hands, and it goes off, and drops to the floor. Chantel then picks it up and puts it on the counter.

Pedro asks what it is, and Karen says it’s a “flashlight, a tactical one.”

Pedro eventually reaches over and presses the button on the device, activating the stun gun. “Don’t hurt yourself,” Karen mentions.

“This mom come in with a taser in my apartment,” Pedro tells the cameras. “That’s a weapon. You know how dangerous is this? I feel like, this is a movie. The family Chantel so crazy.”

Karen and the rest of the family confront Pedro

Karen confronts Pedro about dancing with other women. Pedro then tells Chantel to get them out of his place. Thomas remarks that they want to talk about what Obed said to Chantel.

“Obed said that your mom and your sister have the mutual friend find you a stupid American, so that you could get married to them, and they can have access to the American economy,” Karen bluntly tells him.

Karen asks if it’s true, and Pedro says it is. He does clarify, and says it isn’t true, but he wants to give Chantel’s family what they want to hear. Chantel tells her family to go, but Karen says she’s “afraid” to leave. Eventually, Pedro gets up and takes Chantel’s car keys acting like he’s going to drive off. But Chantel manages to get him out of the car, and he goes back up to the apartment.

Hopefully, there will be more drama to come in the season 2 premiere of The Family Chantel on October 12, at 10 p.m. E.S.T.

Related posts:
TV and Movies
Check out Emily Simpson's weight loss before and after photos
Spoilers: Corrie star reveals huge health terror for Johnny
RHONJ star Teresa Giudice wears mask during gym workout amidst backlash for no-mask party
Sacha Baron Cohen Mocks Trump With Job Offer as 'Racist Buffoon': 'You'll Need a Job After Jan. 20'
Recent Posts
This website uses cookies to improve your user experience and to provide you with advertisements that are relevant to your interests. By continuing to browse the site you are agreeing to our use of cookies.Ok