The Handmaid's Tale: June Osborne prepares for trial in teaser

Season four of The Handmaid’s Tale is in full swing with June Osborne (played by Elisabeth Moss) adjusting to her new life in Canada and finally bringing Gilead to trial. With the outcome of the trial yet to be seen, some interesting details about the plot have been released.

In episode eight, titled Testimony, June finally got to confront one of her abusers – Commander Fred Waterford (Joseph Fiennes).

At court, she testified against him and exposed all of Gilead’s abuse, further implicating him of all the criminal charges brought to him.

There was also some tension between June and her husband Luke (O.T. Fagbenle) as she didn’t want him to attend the trial and hear about the torture she endured but he went anyway.

Later in the episode, Luke told June he was glad he attended. Despite the agony of hearing details, Luke wanted to help June by truly understanding her trauma. 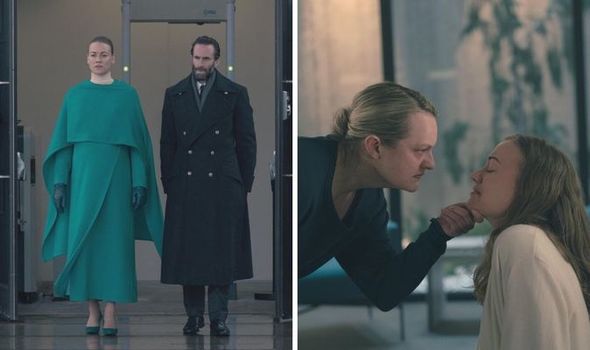 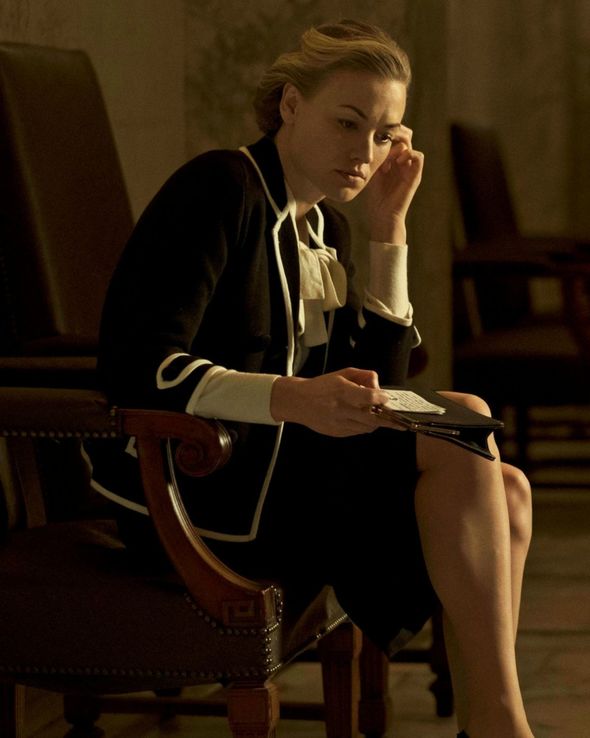 With the release of the promo for the upcoming episode nine, titled Progress, some interesting details were revealed.

Composed of short clips, the promo featured Janine Lindo (Madeline Brewer) and she was sadly back in Gilead after her unsuccessful attempt to escape with June.

In a shocking twist, Esther Keyes (McKenna Grace), a 14-year-old wife to the elderly Commander Keyes (Bill MacDonald) was wearing the red uniform, appearing to be a handmaid.

Perhaps the eyes found out that she had been secretly poisoning her husband or providing a safe house for run-away handmaids. 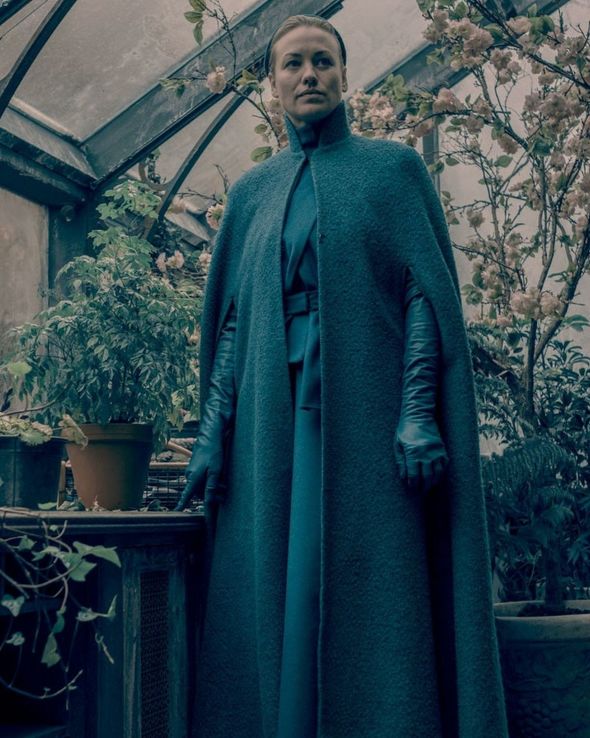 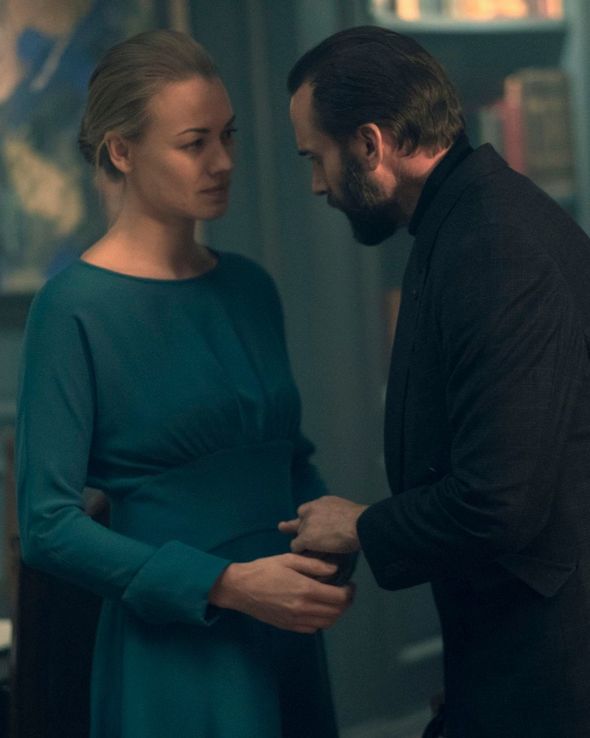 Another interesting twist in the promo was Serena Joy (Yvonne Strahovski) proposing the idea that she should return to Gilead as a handmaid.

Fans of the Hulu drama took to Reddit to post their reactions: “As terrible as the concept of Handmaids are, I can think of no one more deserving of a wardrobe change and a new hat than Serena.”

“Mrs. Keyes! This angers me so much. She’s just a child, she was raped by her husband’s men, and now she is forced to be a handmaid. I really hope they somehow pull her out.”

Another fan took to Reddit to post a potential theory about Serena’s return to Gilead and what she may endure: “Are wives not supposed to be pregnant? I thought that there was a wife in S1 that was able to have a baby without getting a handmaid.

“If Gilead sees Serena’s pregnancy as just another handmaid able to pump out babies then that’s one of the biggest karmas for Serena to receive.”

They added: “Always wanting her own child and now she’s forced to give birth to many and not raise them lol, God works in mysterious ways.”

As one of the establishers of the Gileadean state, Serena could return on the basis of implementing stricter rules for the handmaids and Martha’s, after all she did hear about the escapes and may want to prevent them from happening again.

However, as a pregnant wife, Gilead believes the child belongs to them, so she could lose the child to the state unless her return is her giving the baby away to Gilead.

Now that Janine is no longer missing, how will she cope with being back in Gilead and this time with Esther as a handmaid?

With June’s horrifying testimony against Fred, could the court be swayed after seeing all of his supporters outside?

With only two more episodes left in this season, viewers will have to tune in to find out if these theories could hold any truth.

The Handmaid’s Tale is based on the dystopian novel of the same name written by Margaret Atwood.