Season four of The Masked Singer on Fox has already been packed full of shocks and surprises. Rapper Busta Rhymes was the first star unmasked this year as Dragon while Marvel star and Oscar-nominee Mickey Rourke took matters into his own hands in the second week by revealing himself as Gremlin. This leaves several disguised stars still in the contest, including Seahorse, although following her debut on the show, hundreds of viewers are convinced they’ve cracked the case.

Seahorse’s debut on The Masked Singer stage was certainly one of the standout performances from the latest episode.

Singing Rihanna’s smash hit ‘Only Girl’, it didn’t take long for the disguised star to have everyone up on their feet.

“It’s just so fun to have this alter-ego, honestly,” Seahorse said after her performance.

She added: “And something about putting a mask on, you just get to let it shine.” 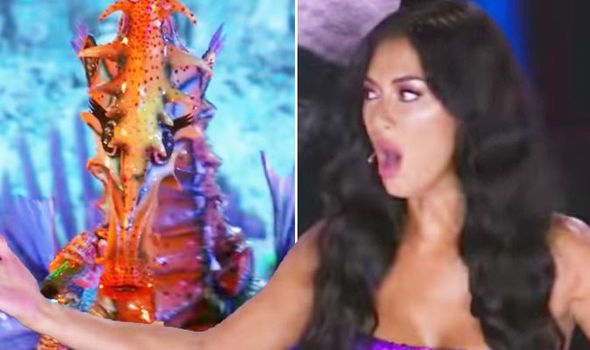 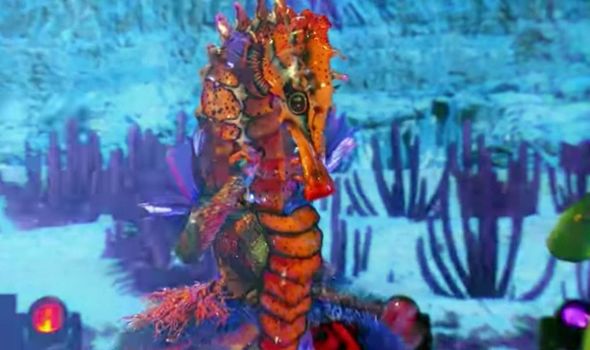 Judges Nicole Scherzinger, Ken Jeong, Robin Thicke and Jenny McCarthy then weighed in with who they think is hiding beneath the disguise.

Jenny opted for singer Halsey as her guess, Nicole went for Hailey Steinfeld while Robin chose Bebe Rexha as his choice.

But could all three judges be mistaken? A number of Fox viewers think so after claiming Seahorse “disguised” her voice to try and throw fans off.

And combined with the clues Seahorse has already provided, there was only one name on fans’ minds. 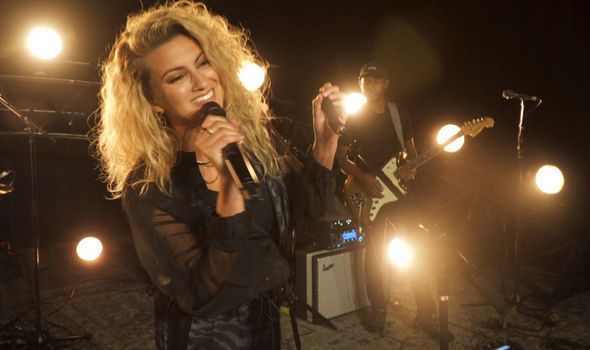 That name is Tori Kelly, an American singer, songwriter and actor best known for her stint in animated musical Sing.

Replying to a clip of Seahorse’s performance on YouTube, a number of fans back the theory.

A second agreed: “Easy. Tori Kelly. She’s doing a good job disguising her voice in the verses though, but u can hear her tone come out in spots.” (sic)

Another Masked Singer fan weighed in: “I have a GOOD feeling it’s Tori Kelly. I recognize her voice so easily.

“I feel like she’s purposely holding back so they don’t guess it right away. I’ll probably be able to tell the next performance she does.”

“Ok that’s defo Tori Kelly I was in 2 minds at 1st but that last note confirmed that’s Tori for sure,” said a fourth, while a fifth echoed: “If this isn’t Tori Kelly I’d be the biggest clown ever.”

A sixth opined: “When she sings ‘Yeah’, ‘hey’, the breaks in her voice and when she sings the bridge it’s deff sounds like Tori Kelly 100 percent.”

Fans will have to wait and see for sure whether it is indeed Tori under the mask as she remains in the contest.

But will she have what it takes to go all the way and pocket the coveted Golden Mask trophy?

After such a strong first performance, it looks like viewers may be waiting a while to see who’s under the Seahorse mask.

The Masked Singer continues Wednesday on Fox in the USA.