The Masked Singer sent fans into a frenzy when series two kicked off with the wild and wacky costumes, cryptic clues and bizarre guesses from the judges. Tonight, another five performances from Badger, Swan, Robin, Dragon and Sausage will take place, but who will be next to be unmasked? One costume which has got those watching at home talking is Sausage. And during tonight’s sing-song, eagle-eyed fans may notice a few changes to the newspaper wrapping which makes up the body. Could this be a clue as to who is hiding behind the mask?

The costume for Sausage is by far one of the most outlandish in the UK and US shows history, featuring a sausage poking out of a newspaper cone which is filled with chips.

In the debut episode of the series, Sausages vocal talent was showcased, as he went up against Badger in the first round of the competition.

And the headline on Sausage’s newspaper wrapping read ‘Banger’, but tonight, the headline reads: “Sausage batters Badger’, a nod to their previous success.

Could the sporting reference, or clear indication to having a competitive nature be a reference to the celebrity underneath the costume? 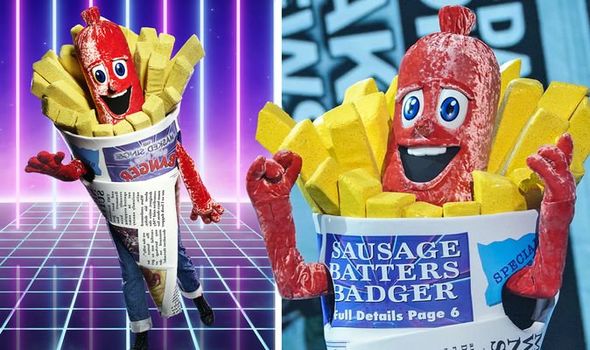 We will use your email address only for sending you newsletters. Please see our Privacy Notice for details of your data protection rights. Mo Gillingham shocked as Masked Singer driver refuses to speak to him

The video which contained the first lot of clues for Sausage saw them parading around the seaside, describing themselves as “a little bit of everything”.

Sausage then took a trip to Billie’s Burger Bar, with a menu which had the words ‘Because We Want To’ written across the bottom shown – perhaps an obvious nod to Billie Piper’s chart hit of the same name?

Sausage also likes glad, and says they are a bit of a “silly sausage”.

Another clue which Sausage gave to the judges was “my performances are something of a balancing act”. 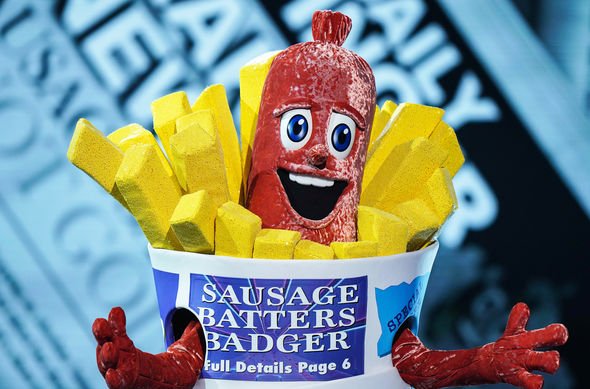 Tonight, Sausage will take to the stage and perform Jennifer Hudson’s And I’m Telling You, I’m Not Going.

But will the judges be able to guess correctly? 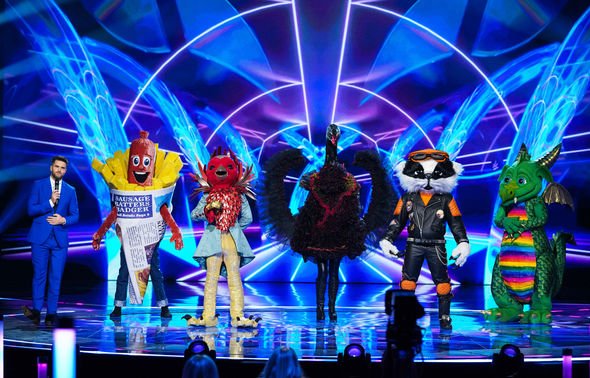 In a preview clip for tonight’s episode, host Joel Dommet probes the judges: “Davina, how confident are you this evening?” He asks.

“I am listening to the clues in the clue packages and I’m really going to try and really listen to those,” she replied.

“I feel you’re very good at listening and you write it all down, whereas Rita’s more blah!” Joel said.

“The two of you would make a good detective team on a new ITV series like Rosemary and Thyme,” Jonathan joked. “McCall and Ora.” 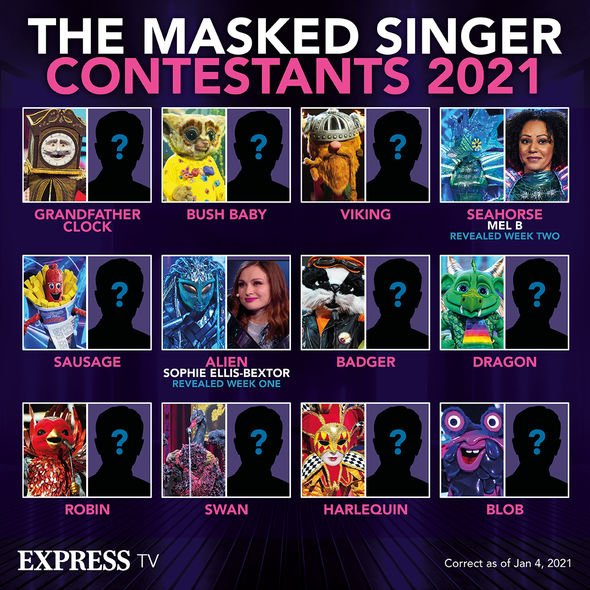 As for what the other Masked Singers will be performing, Swan is taking on Gloria Gaynor’s I Am What I Am.

Badger is belting out Aerosmith’s I Don’t Want To Miss A Thing, while Robin is hoping Tones And I’s Dance Monkey will impress the studio audience.

As for Dragon, they will be singing S Club 7’s classic, Reach.

The Masked Singer airs tonight on ITV at 7pm.