Anderson Cooper helped shuffle in the new dawn of reality television with The Mole, ABC’s early ‘00s competition series. The first two seasons are now streaming on Netflix, following years of the show’s availability limited to DVDs since its original broadcast. The series, adapted from the original iteration in Belgium, is a snapshot of post-’90s, new millennium reality entertainment trends. The good, the bad and the “I didn’t come here to make friends” of it all.

ET spoke with Cooper following the series premiere in January 2001, where he answered several questions about hosting The Mole and the inner-workings behind the scenes. The critically acclaimed CNN host recently did a stint guest-hosting Jeopardy! and pal Andy Cohen recently squashed rumors they’ve been approached to star in a docuseries about being new dads. For now, The Mole remains Cooper’s most sizable display of his on-screen talents outside of the newsroom. 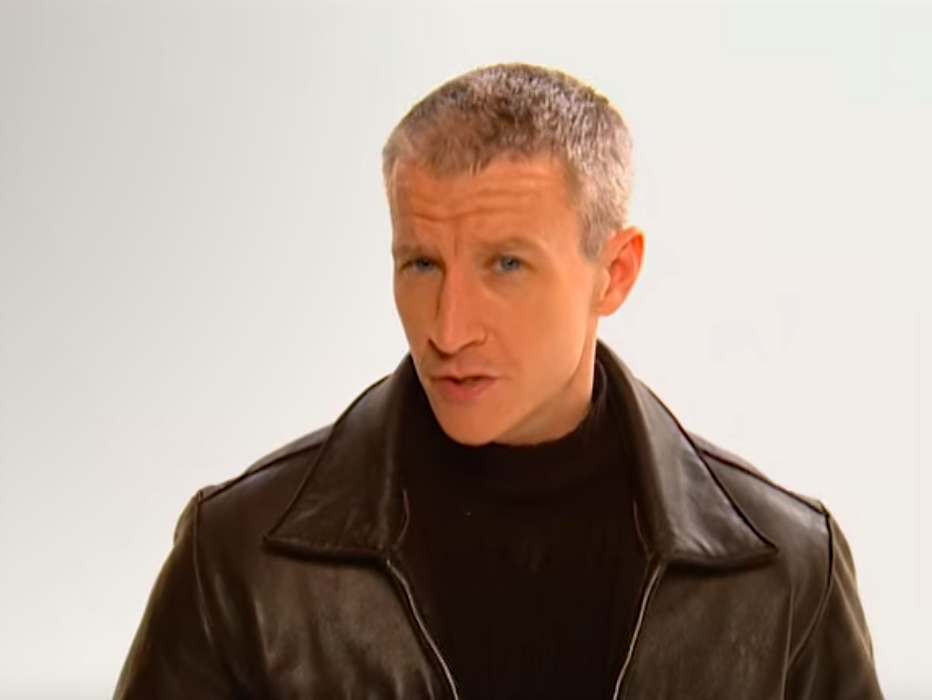 This chapter of his career predated the eventual accreditation for changing the face of evening news, but Cooper was still a recognizable up-and-coming reporter at the time (with his trademark silver strands already established). With this in mind, his involvement in reality TV begged the question: Why are you doing this?

The interview also shed light on how far the show went to keep the mole’s identity a secret, why Cooper believed the series was “smarter” than reality juggernaut Survivor and what his mother, cultural icon Gloria Vanderbilt, did to embarrass him once the series hit the airwaves.

“I started as a combat reporter and have been at ABC News for the last five or six years. And I just wanted a change,” Anderson told ET.

Leading up to his time at the network, Cooper graduated from Yale and was doing his first on-screen reporting with the youth-focused program Channel One. Already a fan of reality TV, the premise made a great case for taking him away from the world of breaking news. “I got really captivated by [The Mole]. I found the game to be pretty psychologically complex,” he added. 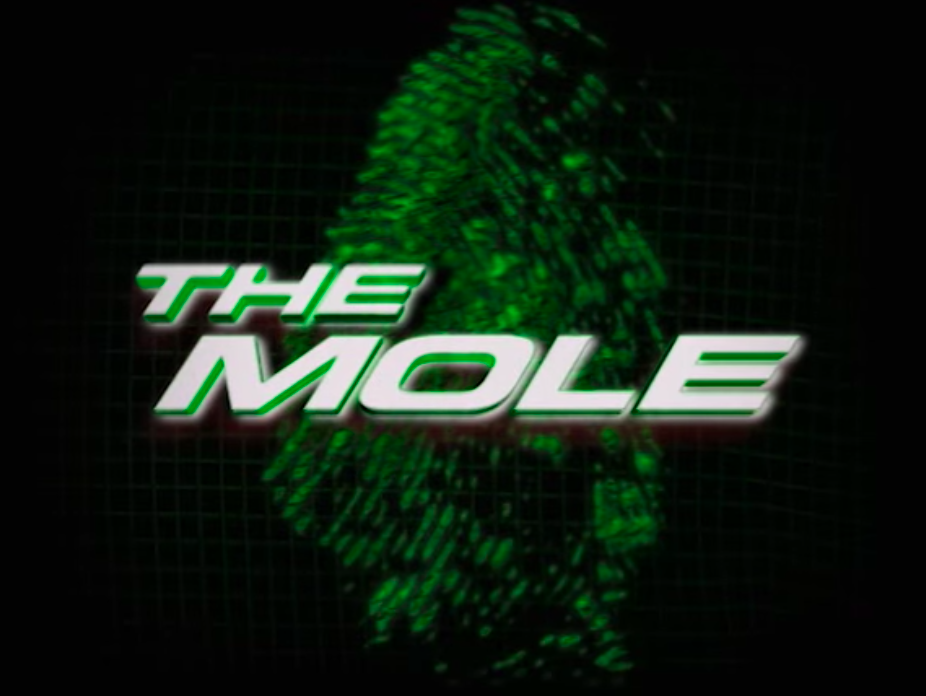 Cooper said he was “used to getting shot at” while reporting from war zones and The Mole offered a less intense work environment, even if the gig did come with some tense situations by reality TV standards.

“I was happy that none of our players had access to firearms,” he joked. “Things got pretty hot at times.”

BE OBSERVANT. EXPOSE THE MOLE. CLAIM THE MONEY.

“These ten players are off on an adventure, working together to pass a series of tests. Each test they pass adds money to a group pot that only one player will win. But one of the ten players is a mole. A double agent working for us to sabotage the group’s efforts. Every few days, there’s a quiz about the mole. The player who scores the lowest on the quiz must leave the game immediately. It is a simple game. Be observant. Expose the mole. Claim the money.”

“It’s kind of a cross between Mission: Impossible and [an] Agatha Christie murder mystery,” Cooper explained. The first example reflected the moments with players hopping onto boats, planes and helicopters throughout the season (not to mention the aesthetic of the show’s logo). The Mole’s central premise and its pervasive ‘whodunnit’ vibe confirmed the latter example. 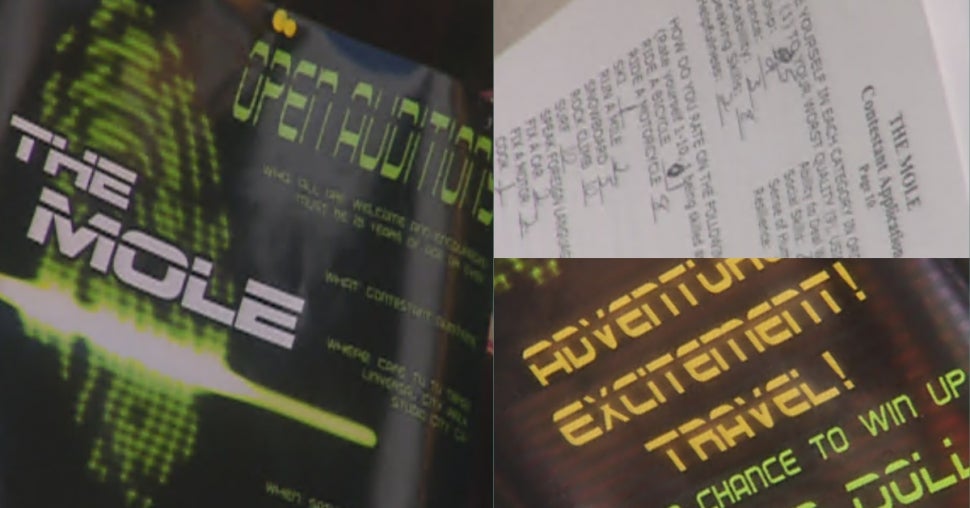 The mental and emotional distress that the typical reality series contestant is asked to endure was compartmentalized into the “double agent.” Each player entered the game with the understanding that, in broad terms, the paranoia was very real. Someone is scheming against you. Someone did sabotage that game. And behind the curtain, the show’s producers are rooting for someone who isn’t you.

“The games increase in difficulty [and the] emotions really start to fly,” teased Cooper at the time. “With each new episode, you learn more about the players and the tension increases.”

COOPER HAD NO IDEA WHO THE MOLE WAS UNTIL THE END

Adding one more wild card to the series dynamic, Cooper was left in the dark about the identity of the titular saboteur for nearly the entire 30-day shoot. At the end of the day, sometimes following 14+ hours of filming, the show’s own host struggled leaving the game at the door. 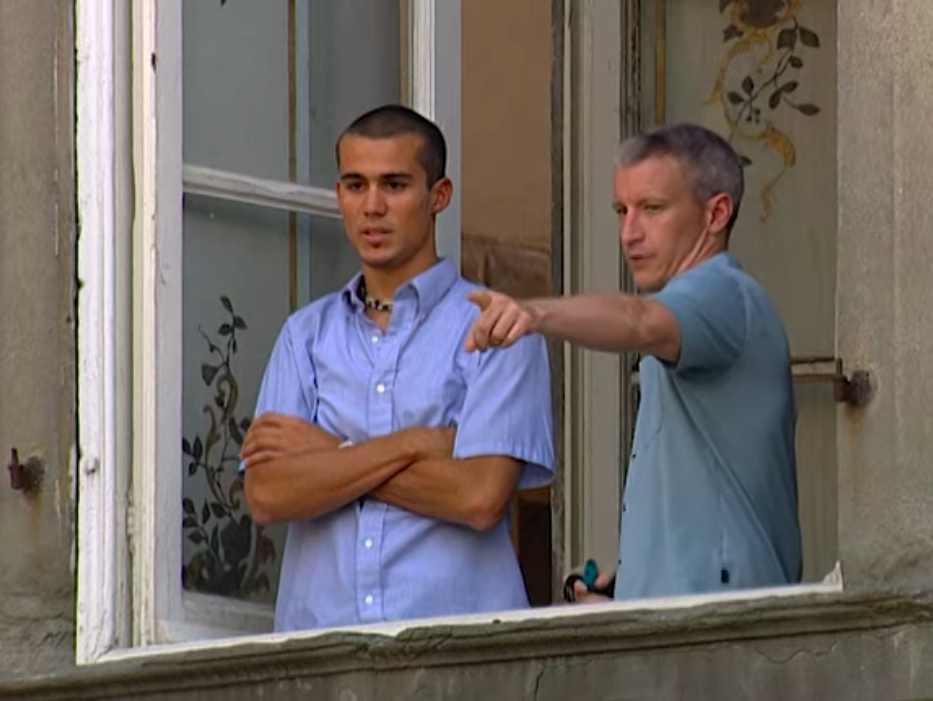 “I would lie in bed for an hour or two replaying all of the events. Trying to figure out: ‘Did this person make a mistake on this test, because they’re the mole? Or are they just incompetent? Or do they want me to think they’re the mole?’” said Cooper.

On top of the residual paranoia, Cooper’s position required he maintain a personal detachment between himself and the contestants. He put his journalistic objectivity mindset to work and tried to be a little enigmatic for good measure. This was a whodunnit, after all.

“There was supposed to be a distance between us,” he explained. “Sort of an air of mystery, so they never quite knew where I was coming from.”

The concept of having next to zero personal gain week to week highlighted one of The Mole’s most striking features. With each game, challenge and test — players could only hope to earn additional money for the final pot. Therefore, it was critical that contestants didn’t attempt to meddle with anyone else’s gameplay for the simple reason: they had nothing to gain by doing so and it could only hurt their final outcome as a potential winner. 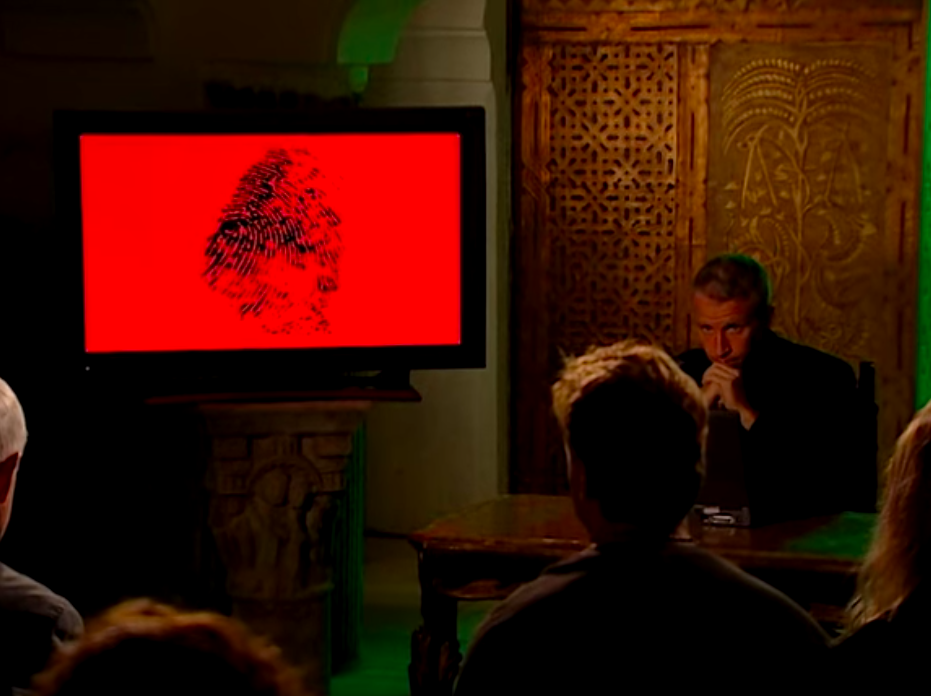 Instead, players were left to carefully consider potential red flags. Asking themselves questions such as: How reasonable was that player’s mistake? Whether it was someone not returning from a travel challenge in time or failing to complete a seemingly basic task — the more innocuous the screw up, the more suspicion it could accumulate. (There was an even more subjective consideration at times: How reasonable…is this person? i.e. In season two, a contestant forfeited thousands of dollars for the final pot, because he refused to wear a diaper while making his way across the Swiss countryside.)

In the last few days of shooting the first season, Cooper learned who the mole was. As it turned out, the individual was already at the top of his list among the remaining contestants, but the game was making him question his instincts.

“Had it not been the person who I thought it was, I would not have been entirely surprised,” Cooper admitted. “Even though I sort of figured out who the mole was, I wasn’t really sure.” 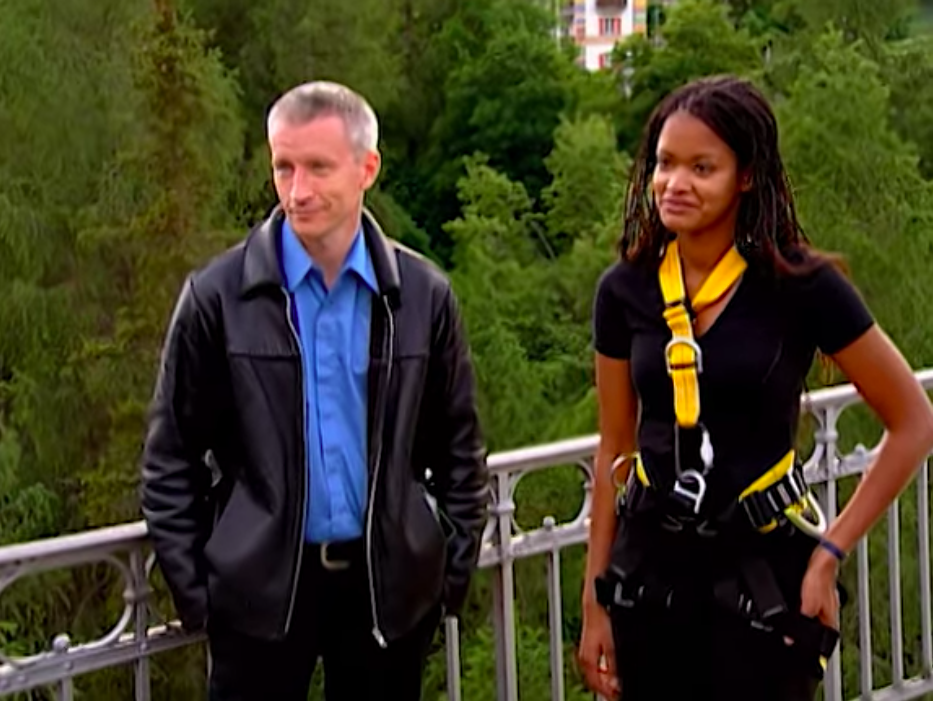 GETTING THE WORD OUT

Vanderbilt, who passed away in 2019 following a cancer diagnosis, got “a huge kick out of” her son’s new job, according to Cooper. “My mom is like any mom. If I was selling peanuts on the street, she would believe it’s the greatest thing to do,” he said.

Cooper recalled going to a friend’s home to watch the latest episode, accompanied by his mother. On the way there, Vanderbilt gave her best elevator pitch for the series — inside an actual elevator. 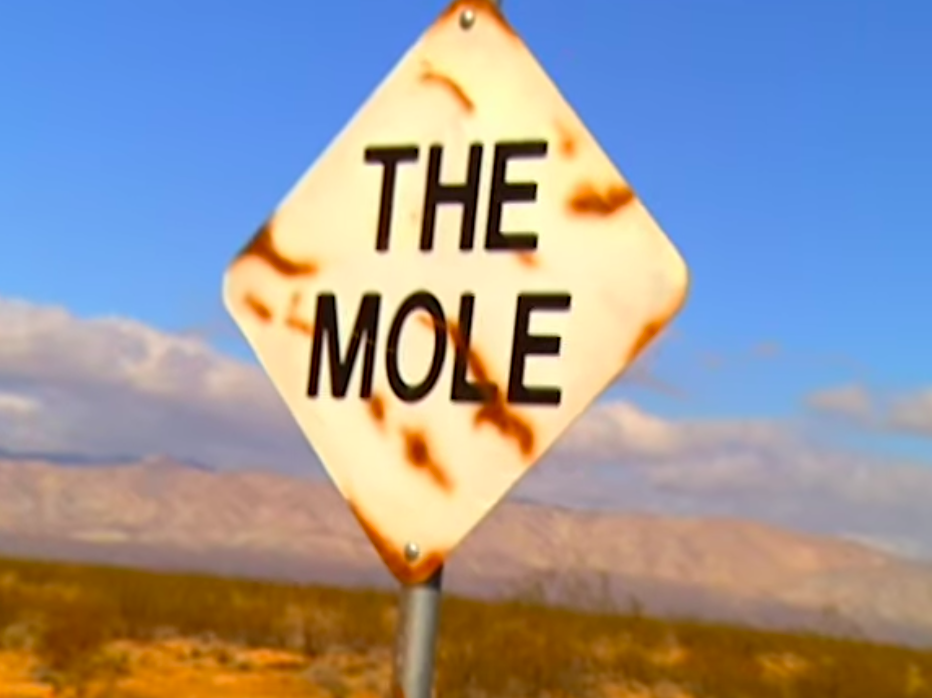 The first season of The Mole maintained a steady viewership following its debut. Much of its success was attributed to the reality competition series boom in the wake of Survivor’s cultural impact from the previous year. Cooper was a fan of the show, but he rooted for the home team.

Cooper spoke with ET in July 2001, a few months after The Mole’s first season finale. He reflected on the show’s popularity and how the response influenced the show’s second season, ‘The Mole: The Next Betrayal,’ which premiered that September.

The show’s producers recognized the “armchair detective” engagement was a key reason audiences were tuning in. Jumping off that insight, Cooper boasted how ABC planned to publish the contestant quizzes to their website a week before they would be seen on the series. (In retrospect, the details of this marketing promotion forces any early ‘00s TV watcher to contemplate that a majority of American Idol fans probably voted for Kelly or Justin from a desktop computer.)

While Cooper reiterated that he considered The Mole to be the smartest reality series on the air, he admitted that many people also found the show’s rules too complex to keep straight.

Anderson Cooper Chokes Up Reflecting On His Mother's Death

Anderson Cooper Chokes Up Reflecting On His Mother's Death

“We did hear from the audience that, maybe, it’s occasionally confusing or hard to follow along,” he said. For the second season, Cooper promised that rules would be more “streamlined,” while still retaining the intelligence and complexity of its first season. “We’re very comfortable with the game we have,” said Cooper.

The Mole, itself, was a comfortable experience. Compared to its competition in reality programming, the series was a paid-vacation complete with gourmet dinners against the backdrop of stunning locations from around the world.

Cooper quipped, “I like to say the closest we get to eating rats on The Mole is ratatouille.”

Today, Cooper’s seasons have been getting a lot of love from viewers old and brand new after landing on Netflix last month. While it seems unlikely the primetime anchor would step back into reality TV, that hasn’t stopped many from voicing their support in Cooper hosting another season.

Glee star Kevin McHale took to Twitter with his endorsement. He wrote, “Omg The Mole is on @netflix! Bring this show back, @andersoncooper!!!”

Omg The Mole is on @netflix! Bring this show back, @andersoncooper!!!

**SPOILERS AHEAD FOR SEASON ONE!!**

The inaugural saboteur on The Mole was….

Kathryn Price! The unassuming lawyer from Chicago was not only the first mole, but the series producers ended up bringing her back for season two. This time around, Price worked behind the scenes as a consultant. 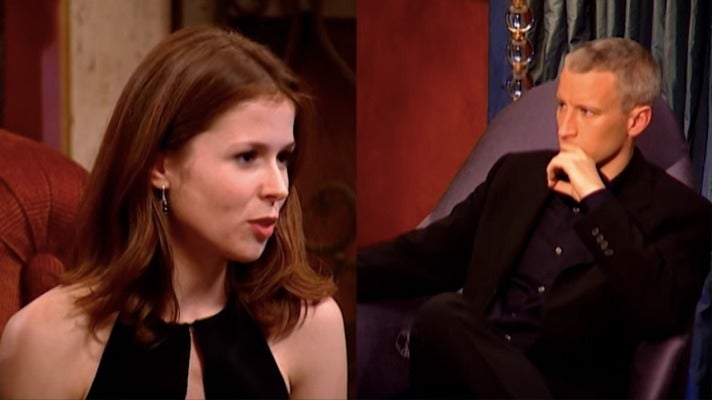 “It’s unclear how being the mole will impact my ability to be a lawyer,” Price told ET in July 2001, sitting alongside Cooper, her now co-worker. In the months following her grand reveal, she put the law on hold while continuing to work on the show in her new capacity. “Hopefully, enough people can distinguish between lying in [The Mole] and lying in the courtroom.”

Cooper didn’t think she had any reason to worry.

“If I was someone looking for a lawyer, I would want a lawyer who would be able to lie, connive and cheat 24-hours a day,” joked Cooper. “[Kathryn]’s shown she can withstand a non-stop barrage of examinations.”

The first two seasons of The Mole are streaming on Netflix.

Watch Anderson Cooper get surprised by his son Wyatt live on the air!