All hail Fran Drescher, who so potently understands how bored you are at home and, as such, has organized a small but noble distraction. According to Variety, the original cast of beloved sitcom The Nanny is reuniting for a virtual table read of the 1993 pilot via Zoom, which will be posted on Sony Pictures’ YouTube page Monday, April 6.

“Laughter is the best medicine! So, in these challenging times, Petah and I thought, Wouldn’t it be great if we pulled together the original cast of ‘The Nanny’ for a virtual read of the pilot?” Drescher said in a statement, referring in her classic Queens nasal to the show’s cocreator, Peter Marc Jacobson. “It’s a once-in-a-lifetime Pandemic Performance for our fans around the world who are currently stressing in isolation and could use a real upper! It sure has given each of us a lift and we hope it does for you as well.”

Why The Nanny—the zany, campy, genuinely delightful series about a cosmetics saleswoman who gets fired from her job at a bridal shop and becomes a nanny to a rich Broadway producer’s three children—isn’t streaming anywhere is a mystery. It has everything Generation Stream could possibly want: 27-minute episodes that can easily be devoured in blocks; a constant will-they-or-won’t-they dynamic between the two leads; a parade of puff sleeves, crop tops, and skin-tight bodysuits that seemed silly in real time but now just look right on: and the best expository theme song since Gilligan’s Island. And yet it’s nowhere to be found, except deep in late-night cable syndication.

Plus, watching the show now, it’s clear that the female lead was years ahead of time—another bit of millennial catnip. As we wrote in our 2018 profile of Drescher, the character of Fran was a gamble. She was overtly sexy, loud, working class, and Jewish. Not unusual by today’s standards, but in the early ’90s, it was relatively rare to see a Jewish woman portrayed on TV—let alone one in skin-tight Moschino dresses with sky-high hair and a nasal Queens accent. (Drescher told us that a global brand offered to buy the show outright—by supplying the commercial breaks for the show—but only if Fran Fine was portrayed as Italian, not Jewish.) 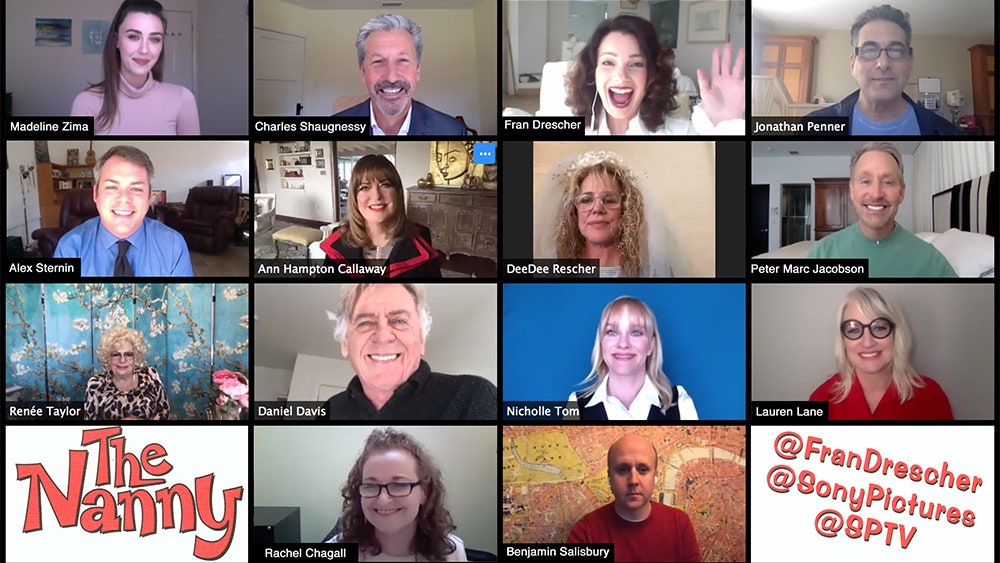 But at least we have the table read to remind us that good things are still happening in this world. The only thing that might make it better is if Drescher wears red, and everybody else wears tan.