The Suicide Squad is a movie following the rag-tag gang of criminals who attempt to save the world. The first movie, Suicide Squad, saw Harley Quinn and the Joker team up with a motley crew including Deadshot and Captain Boomerang. Now, a new film is coming out with a whole host of new criminals joining the DC Comics team.

Speaking exclusively to the Express.co.uk, Flula Borg, who some are expecting to play Javelin in the upcoming movie, spoke out about the filming on set, and what was the key element to ensuring all the actors gave the film their best.

Speaking to Flula Buorg for Trolls World Tour from Universal Home Entertainment, he explained how director James Gunn was able to galvanise the team on the set of The Suicide Squad.

Giving little away, he said: “I can tell you the name of the film is The Suicide Squad, I heard that I may be inside it, and I can tell you what was wonderful when I was on set, I think it was the right set, there were lots of tasty muffins.

“One of them was like lemon poppyseed, and I liked that very much. Anything else, James Gunn told me that’s all I can say.” 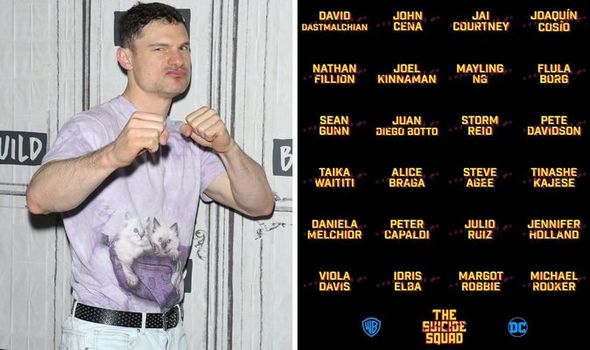 While good snacks on set are obviously a good thing, or “critical” according to Borg, the actor spoke more favourably about the vibe of the set in general, opening up more seriously about the movie.

He went on to say: “If that really was the set of The Suicide Squad, which I’m still not sure, but if it was, the vibe was great.

“People were very positive and fun and good and James Gunn… was very wonderful and great to work with, and very fun.

“He understands how to get the best things from the actors. 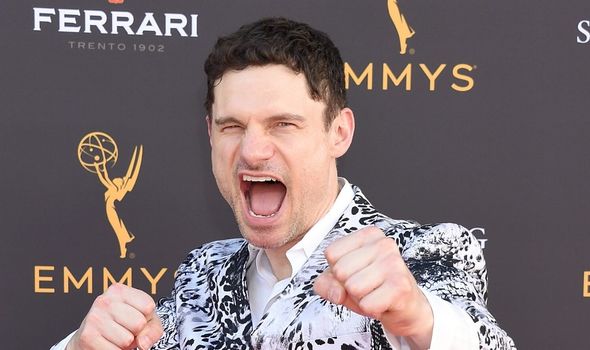 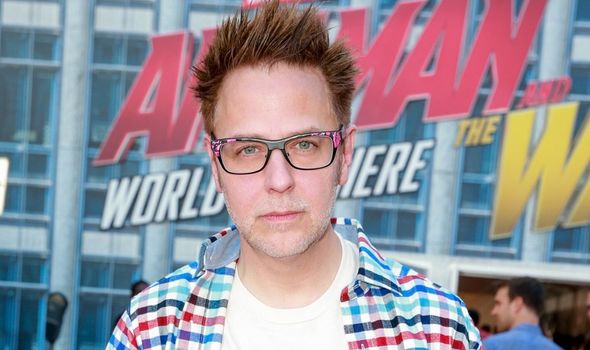 “But again I could have just been in the middle of a parking lot in Reno, I’m not sure what happened.”

Of course, Borg’s presence on the set is definite as he was snapped wearing his bright yellow and blue Javelin outfit, and Gunn has himself spoken out on the star’s turn in the movie.

Asked whether he let his cast improvise on set, he said: “Yes, mostly from John Cena, Pete Davidson, and Flula Borg.”

Clearly Borg’s comedy chops came into play for the film, and set pictures showed him sporting a bright blue and yellow outfit, with a blonde wig. 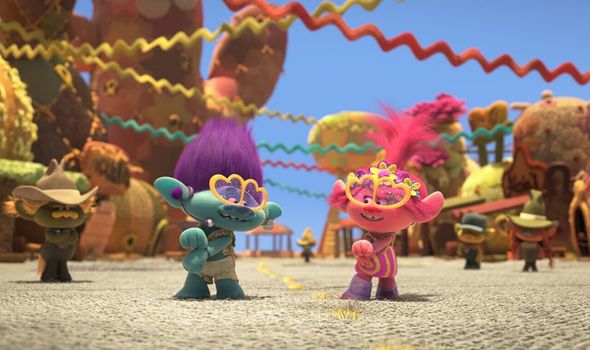 Many think he may be playing Javelin, a superhero who has a very unfortunate end in most of the comics in which he appears.

For Borg, this is not his first time joining a franchise later, as he has recently appeared in Pitch Perfect 2 and Trolls World Tour, both of which are the second instalments of their franchises.

Asked what he could reveal about the new movie, Borg simply joked: “Who knows, I don’t remember anything.

“They used the Men in Black light flash on me at the end of each day so I remember nothing.”

Borg’s most recent film, Trolls World Tour, is available to stream now and is out on DVD and Blu-ray on July 27