There’s not a lot to “The Tower.” It serves mainly to introduce Juanita Sanchez (Paola Lázaro), aka Princess — whose spotlight here indicates she’ll be sticking around for the near future — and set up the (hopefully) final fight between the communities and the Whisperers, now led by an increasingly erratic Beta. Both of these storylines are perfectly serviceable in the moment, but it’s hard to judge their full merit before seeing how they’ll play out. “The Tower” ultimately finds its merit in smaller, more intimate moments, as several characters with unresolved tension finally get to talk it out. These conversations are necessary and largely successful, but there’s not enough meat on the bone to make the episode a complete success.

Let’s start with Princess, who is… a lot. Granted, that’s by design — she’s been living on her own for ages and was apparently difficult even before the apocalypse — but it makes the possibility of seeing a lot more of her down the line seem more like a threat than something to look forward to. She’s desperate for Ezekiel and the others to invite her to tag along, but spooks their horses and then inadvisably leads them into a minefield on the quest to find new transportation. All of this does little to endear her to her new potential friends, but Princess is able to get through to them by admitting she’s not malicious, she’s just sad and desperate. Eugene understands what it’s like to lie to make people think you’re useful, but Princess really does have access to new transport: bikes! Hope everyone’s ready for Ezekiel on a bicycle. Yumiko, who’s been the most skeptical of Princess until now, finally comes around and invites Princess to join them.

Lázaro plays Princess admirably, with the right blend of vulnerability and wild-eyed bravado, but Princess’s in-your-face quirkiness is a lot to take. Perhaps being around people again will sand down those sharper edges, but from what we see here — with so little of her “humorous” dialogue landing — there’s a real danger of her offering little beyond a series of wacky non-sequiturs. We’ve already seen Eugene’s dialogue devolve into the overly verbose word salad that’s his current trademark, and we don’t need more of that. But in the confines of her mini-arc this episode, she falls just shy of being a disaster.

Back at home, we’ve jumped forward in time a bit, as Hilltop and Alexandria have merged forces and retreated to a hospital tower as part of some as-yet-unrevealed master plan to defeat the Whisperers once and for all. The plan is to apparently lure the horde to Oceanside, where supposedly a trap would be sprung, but since the audience is never let in on the plan and Beta realizes where they’re all hiding, anyway, it’s hard to get invested. Aaron and Alden do manage to get captured, so surely that wasn’t part of their strategy. Oh, and the zombies are talking to Beta now and his followers think he’s losing it, although once you dress yourself in a dead person’s skin and start zombie herding, it’s hard to tell where exactly the line is for insanity. All of this stuff is too muddled to have any impact and just feels like moving pieces around the board. 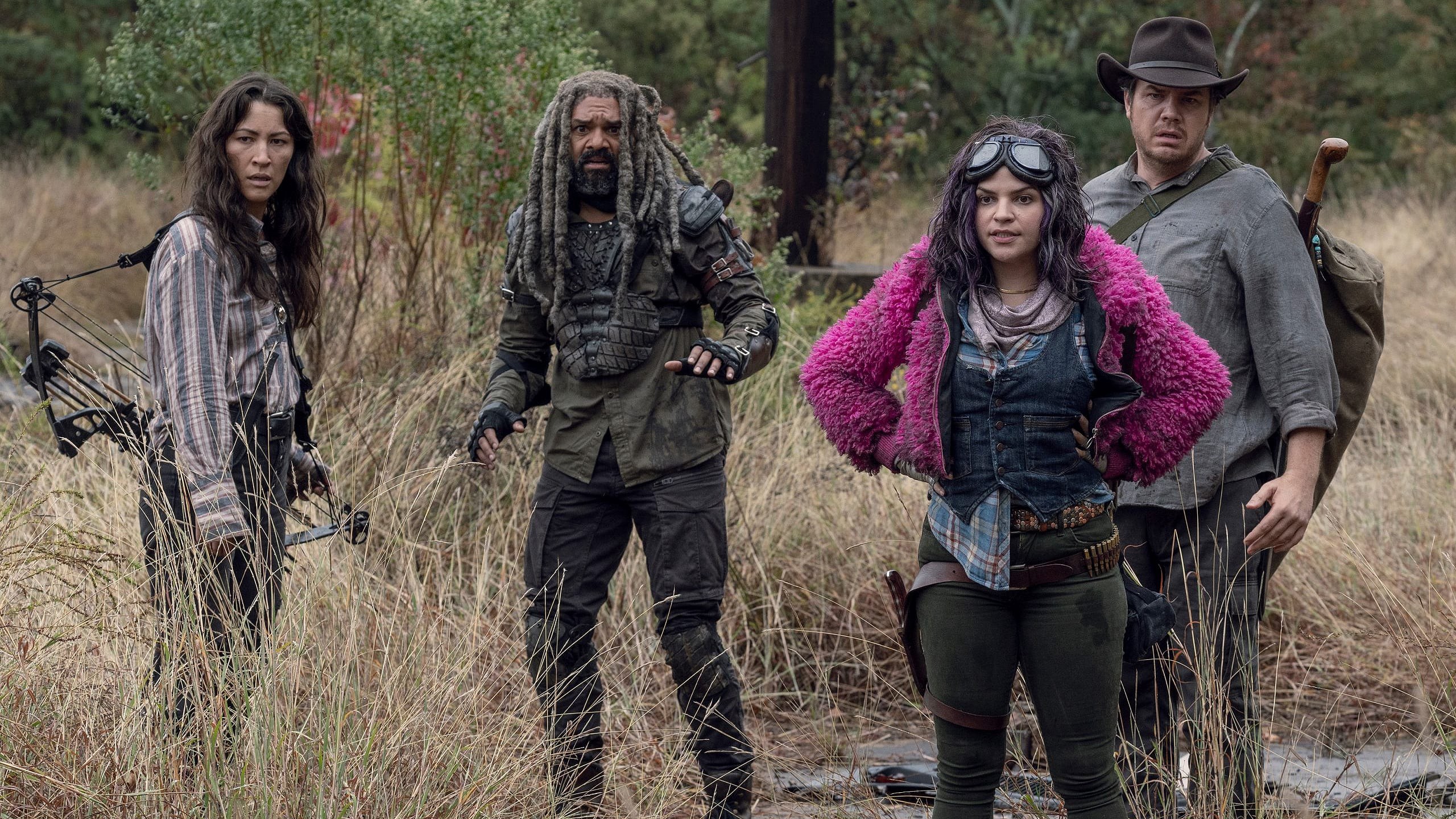 The episode’s high point is Negan’s confrontation with Lydia. Their relationship is pretty fraught at the moment, what with Negan killing Lydia’s mom and all, and he invites her to have it out with him, admitting that he liked Alpha and Lydia should take the time to mourn. Consumed with her love/hate relationship with not only her mother but also the man who killed her, Lydia finally breaks down, sobbing into Negan’s arms. Cassady McClincy has always done strong work as Lydia, and this is no exception. Combine that with one of the rare instances where Negan’s not being a huge tool, and the scene is a winner. Although if you were hoping for any other character’s reaction to Negan’s new freedom, well, maybe next year?

Carol and Judith both also get some things off their chests this week, with Carol apologizing to Kelly for possibly killing her sister and Judith admitting to Daryl that Michonne’s not coming back. Judith’s confession is a little strange, since she admits she didn’t tell Daryl sooner because she was worried he would leave her, too (great parenting, Michonne), but doesn’t mention that Michonne has gone after Rick. Judith’s still a kid, so her motivations don’t always need to make complete adult sense, but it’s an odd omission. The scene is rescued by Daryl’s heartfelt speech about how Judith is still surrounded by family, but he still doesn’t have the whole story. Kelly, meanwhile, has no beef with Carol, since she doesn’t believe Connie is dead. She also thinks Carol’s whole deal is being a rebellious lone wolf and that Carol should stay true to herself. That’s an exceptionally generous reading of the situation, but it’s almost the end of the season and we’ve got to sweep all potential ongoing character conflict under the rug. It’s nice that Carol can get some resolution, since the rest of us will be waiting indefinitely to see how this all shakes out.

• Princess: “I’m great! You’ll see!” Hopefully!
• That’s quite the impressive gun Princess has. I thought all guns had fallen into disrepair, but I guess the communities just gave up on them. Could’ve been useful against the Whisperers, certainly.
• Pretty wild that new characters are being introduced when the Newbies have been around a year and half and still feel barely developed.
• When did Judith talk to Michonne? She told Michonne Alpha wasn’t a problem any more but people only realized Alpha was dead last week. The timeline’s a bit weird here.
• The shot of tons of zombies streaming into an empty Alexandria was at least a little creepy.
• Also cool: Kelly saying the others have been learning sign language and then actually seeing Aaron and Alden use it in the field.
• Speaking of Aaron and Alden, maybe stay more than 30 feet away from the horde if you’re not looking to get captured. Just a thought.
• So either this mysterious master plan is completely out the window because Beta sees through it, which makes it nothing more than a narrative stalling tactic to get us to the finale, or else it’s a long con where Beta is supposed to think he’s outfoxed our heroes only to fall into the real trap. Not sure which would be more irritating.