Fans of The Waltons got to meet a new incarnation of the family on The CW. The network’s TV movie, The Waltons’ Homecoming, introduced the 2021 cast. Hopefully, this won’t be the last we see of these Waltons. Executive producer Sam Haskell said both he and the network hope to make more Waltons TV movies. 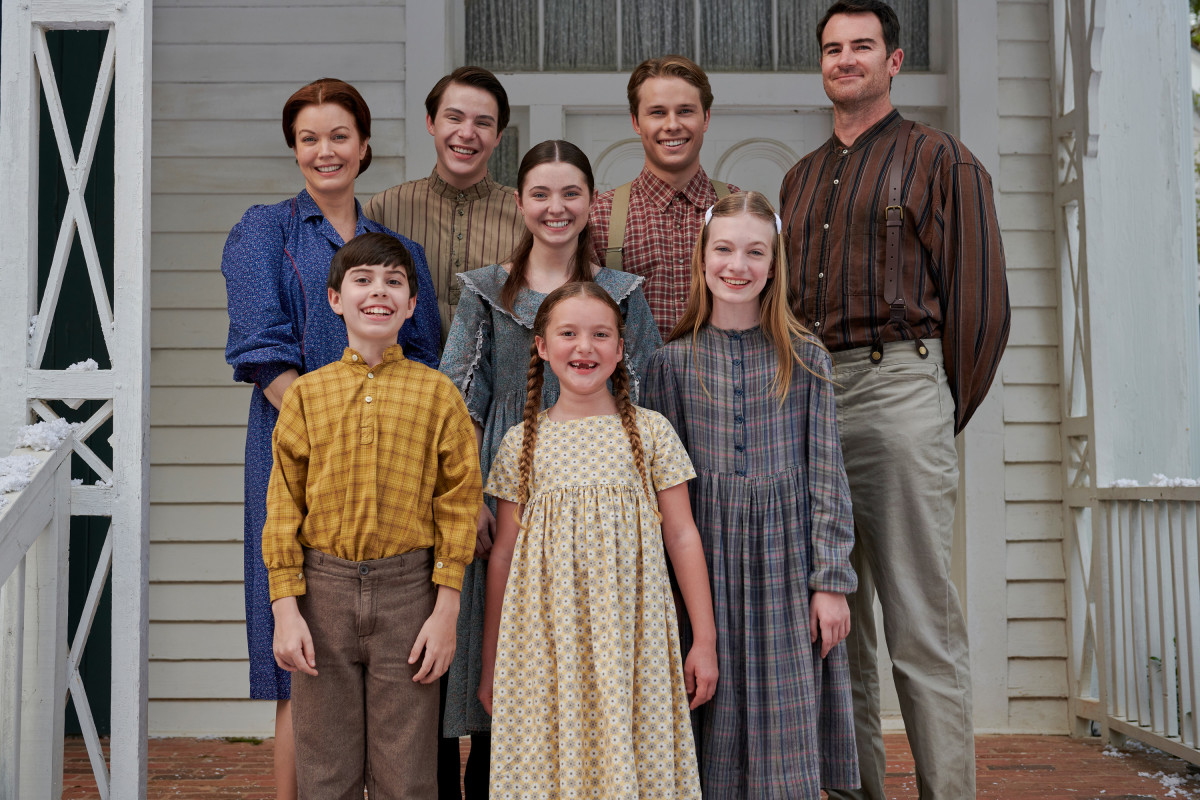 Haskell was on a Zoom panel with the cast of The Waltons’ Homecoming on Nov. 10, including Bellamy Young, Ben Lawson, Logan Shroyer, Marcelle LeBlanc and Richard Thomas. Haskell discussed plans to continue telling Waltons stories with this new cast.

The CW is committed to more movies after ‘The Waltons’ Homecoming’

When The CW announced The Waltons’ Homecoming, it was a big deal. It was not only a revival of the classic TV series, but the first TV movie the network would produce. Haskell said CW CEO Mark Pedowitz has already indicated they could do more.

“Well, let me just put it this way,” Haskell said. “Mark Pedowitz said himself, when he announced this at his upfronts, that there’s no more one shot, you know? When the investment is made in something, that there’s always a chance that it can go further. And I am open to series, I’m open to additional movies. I do have a couple of options and we have a couple of actors who are very popular and working in lots of different things, so we’ll have to work around their schedules if we’re able to get them.”

‘The Waltons’ Homecoming’ is the start of a new dream

Haskell began producing long after The Waltons went off the air. Throughout his career, bringing back The Waltons was his dream. He’s not about to stop with one movie.

I believe so strongly in this. It was my favorite show as a kid and all through high school and the beginnings of college. I stayed with it the whole time. And to have this opportunity to not only be at the helm of this Waltons, this new Walton ship, but to have people like Richard and Bellamy and Logan and Marcelle and Ben and all our wonderful crew and writers,  it’s just a dream come true for me. I’ve been very blessed in the projects that we’ve done. But this one is something that I want more than anything. And I want people to see it and I want people to be touched by it. I want people to love these characters again, and to remember why they loved it the first time around.

Haskell also believes he has a good luck charm.

“That’s why having Richard Thomas with us, whatever happens, is going to make it so,” Haskell said. “And I thank him for being so open to being a part of this.”

They’ll work around the cast

Shroyer has one more season of This Is Us and Lawson is on Firefly Lane. Haskell is confident he can make the schedules work when it’s time to do another Waltons movie.

Haskell said the cast of The Waltons’ Homecoming were all his first choices to bring the family back to life.

“I knew from the moment I had the rights cleared who I wanted to play these roles,” Haskell said. “Bellamy and Logan and Ben were my number one choices, we didn’t offer the role to anyone else. I had people saying, ‘Well, don’t you want to test people? Don’t you want to do this?’ No, I, I know this is Bellamy. Bellamy is going to knock it out of the park.”

Young and Lawson worked on Haskell’s production of Dolly Parton’s Heartstrings. Shroyer and LeBlanc were new to him.