THIS Morning hosts Holly Willoughby and Phillip Schofield roared back on to the show on scooters today.

The pair, who have been off screen during the Half Term break, returned today, much to the delight of fans. 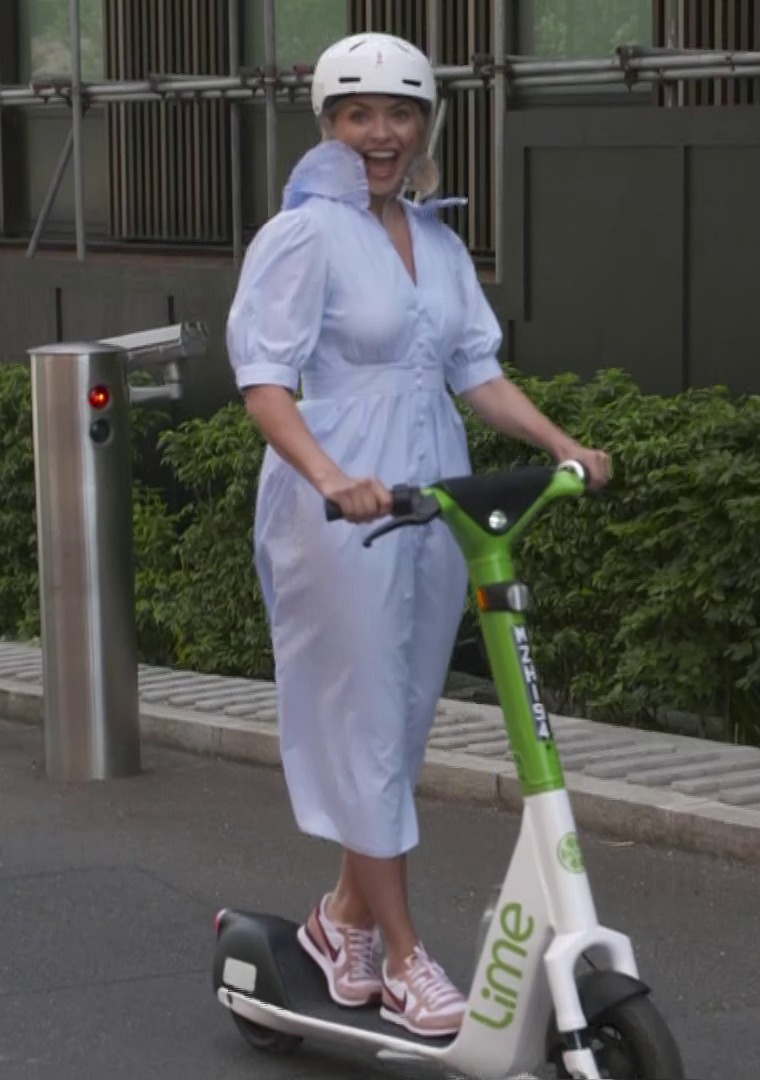 Holly and Phillip took over from stand-in presenters Alison Hammond and Dermot O'Leary, who have been in charge for a week.

But while they looked great tearing into the studio from outside through a huge door, they quickly ran into trouble when trying to explain how much the scooters cost.

And some fans asked why they appeared to be standing so close to one another.

Phillip and Holly usually go to great lengths to stay two metres apart during the rest of the show and have done for more than a year. 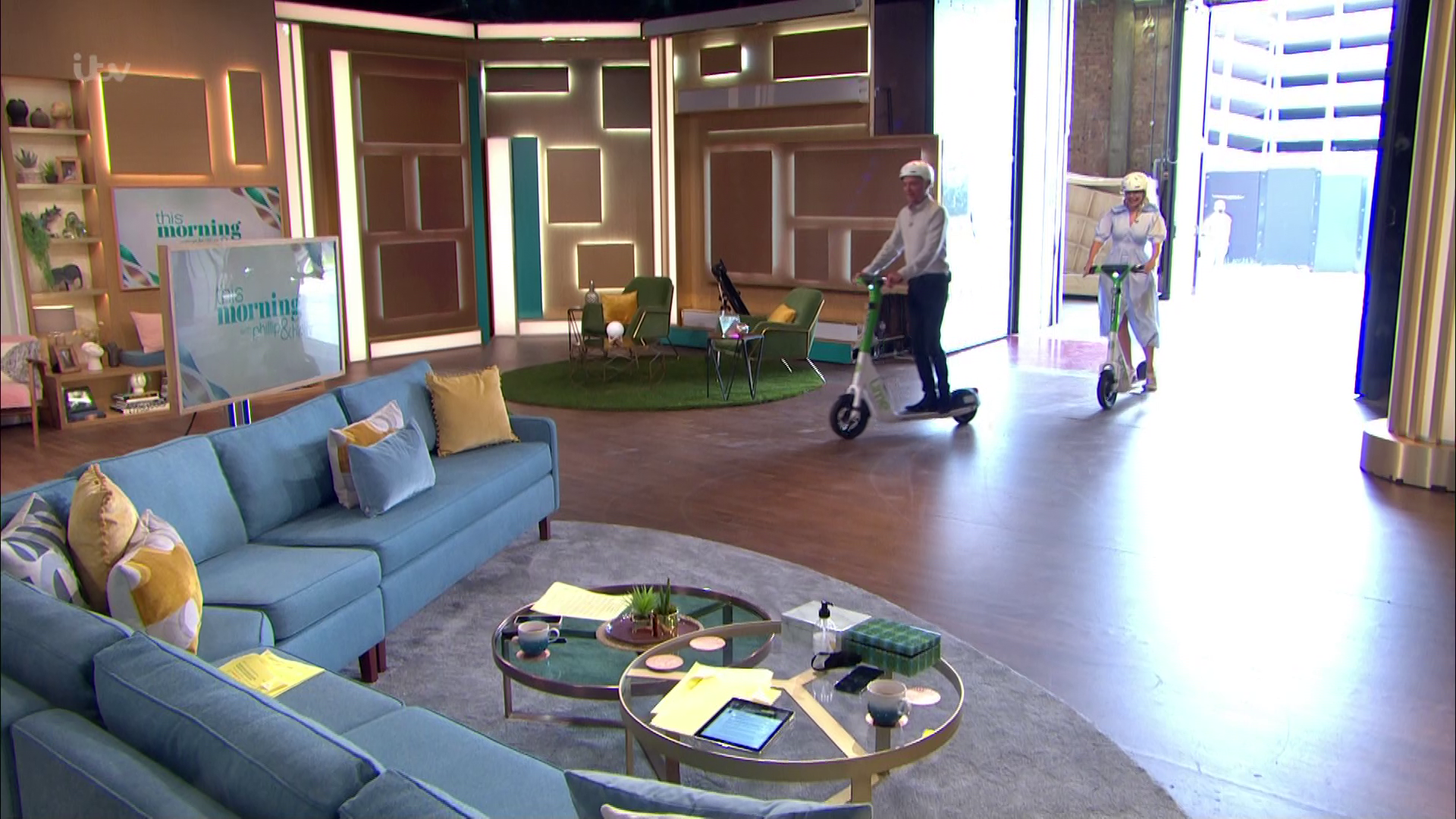 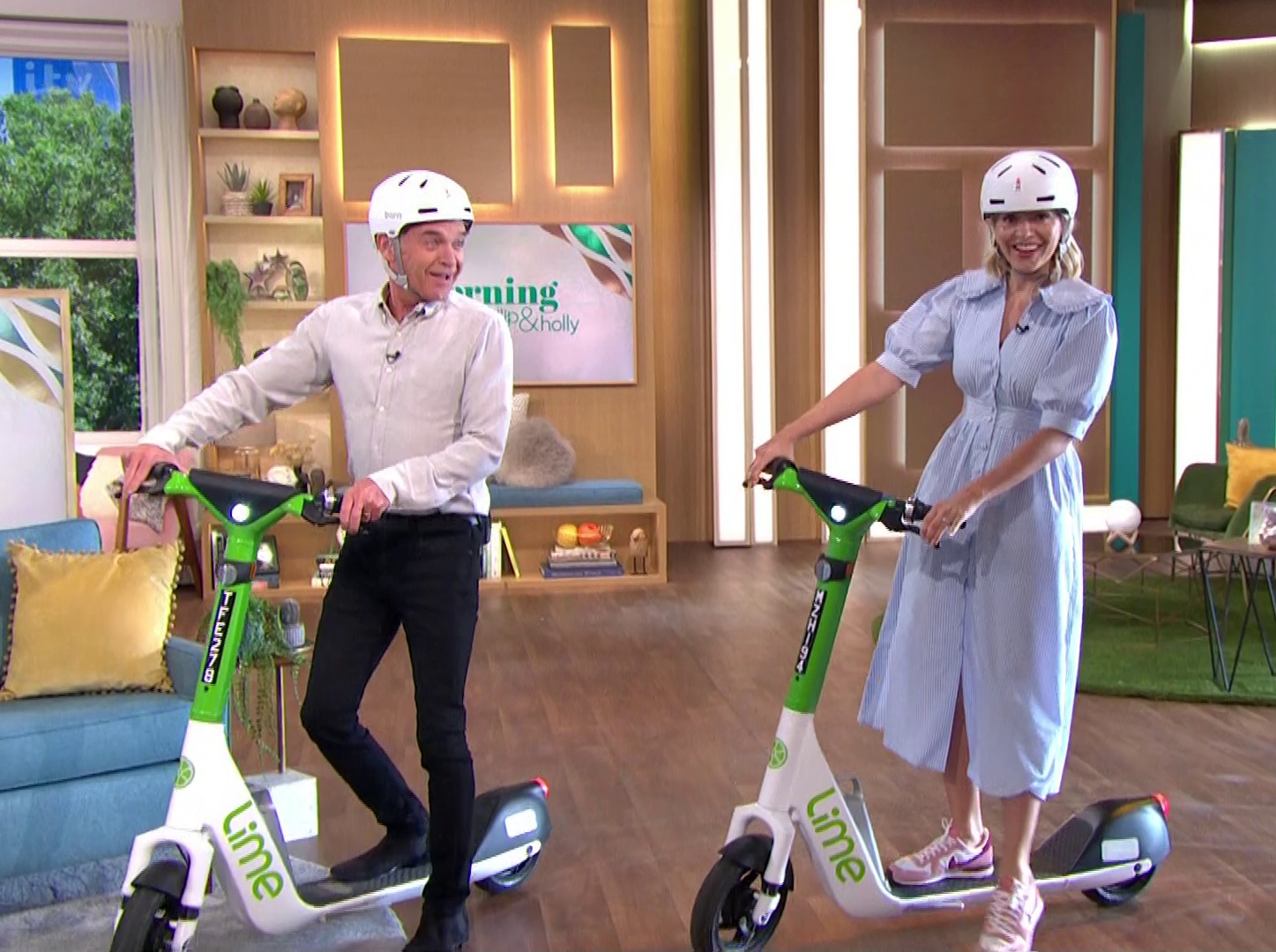 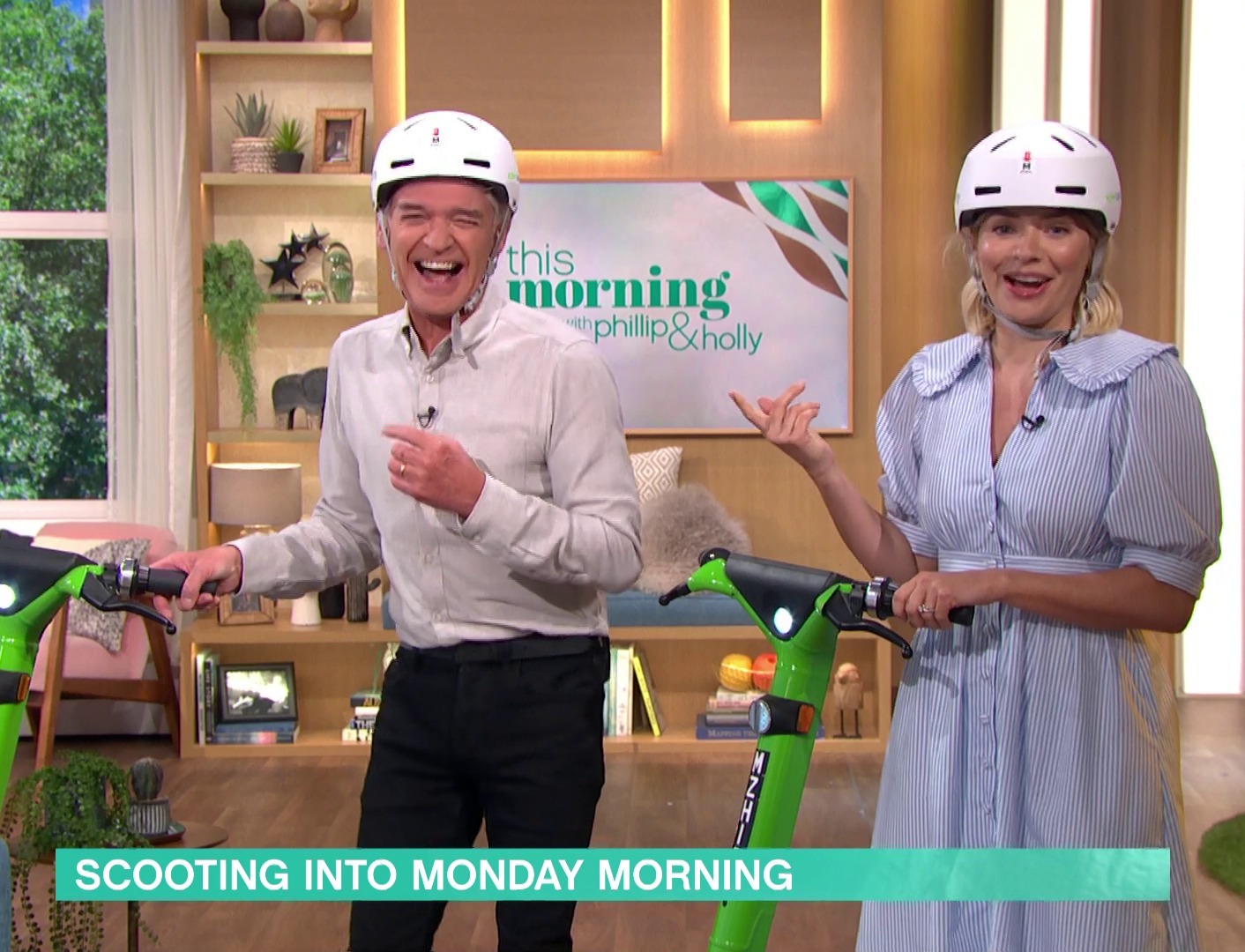 And while attempting to work out how much it cost to keep one of the electric scooters for a day, Holly claimed there were only 12 hours in a day.

The 40-year-old star later corrected herself saying: "We're asleep for half the day, that's why I said 12."

Laughing, Phillip, who admitted he's been trying to do the maths for ten minutes before the show added: "Shall we leave it there?" Yeah let's leave it there." 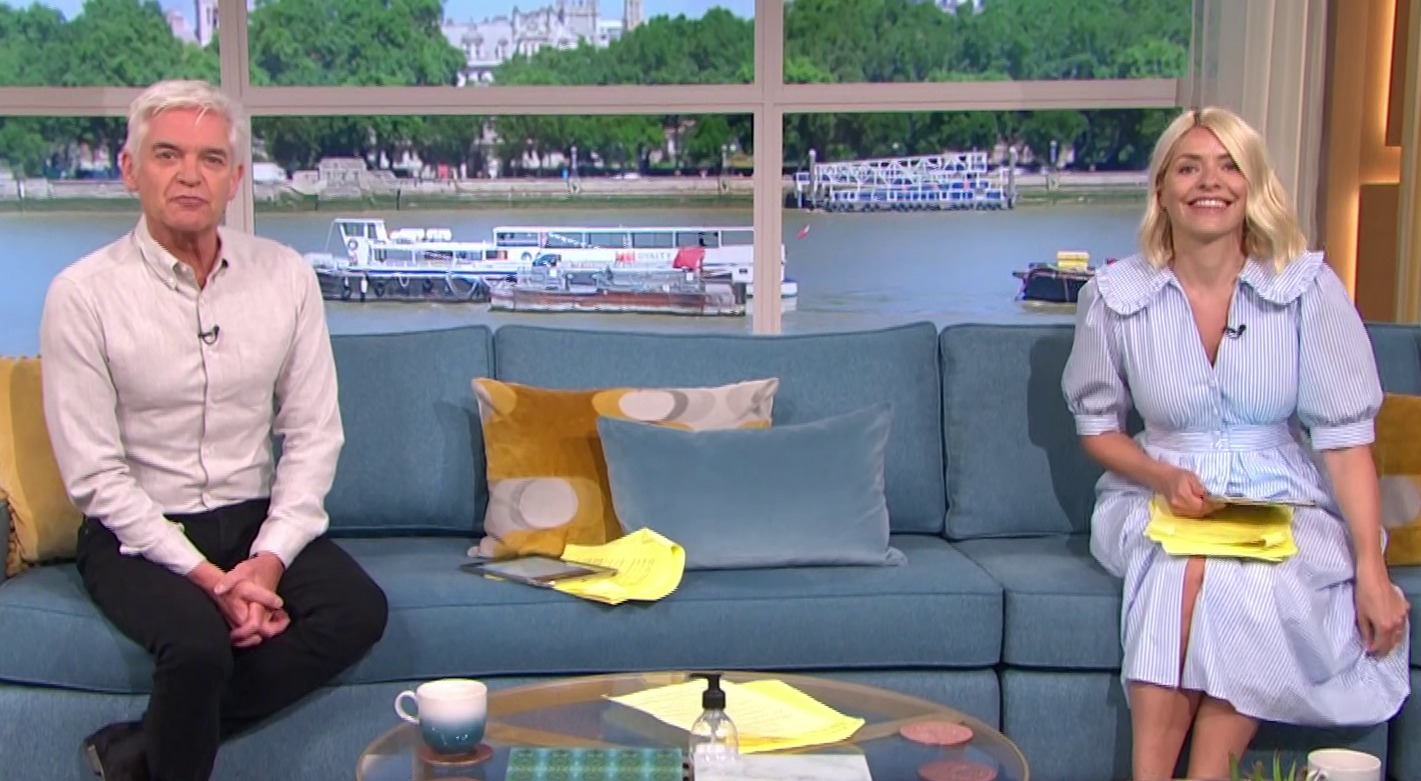 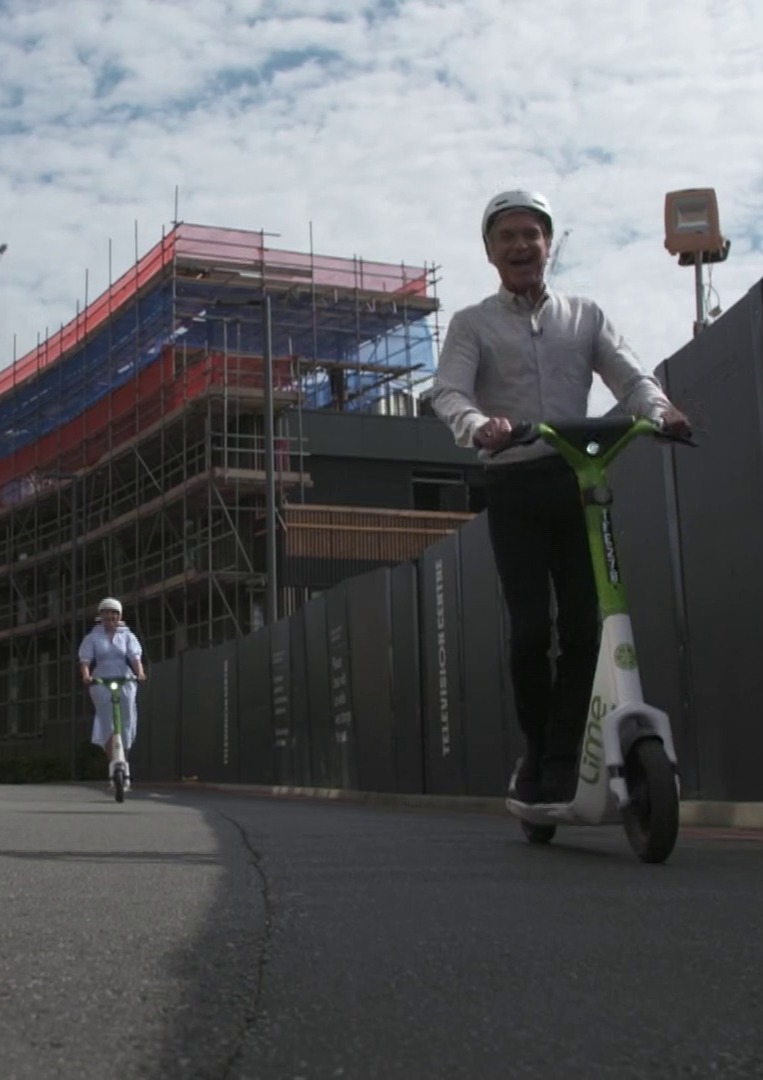 Many fans were delighted to see the main This Morning hosts back on screens after the half-term break.

One wrote: "After a week of Alison and Dermot; I’m thrilled to see Holly and Phil back."