THIS Morning faces an Ofcom investigation after 350 people complained about a fiery debate over the Last Night of the Proms.

It saw guest Nigel Farage clash with activist Femi Oluwole during a head-to-head after the BBC banned the singing of traditional songs amid fears over their links to the British Empire. 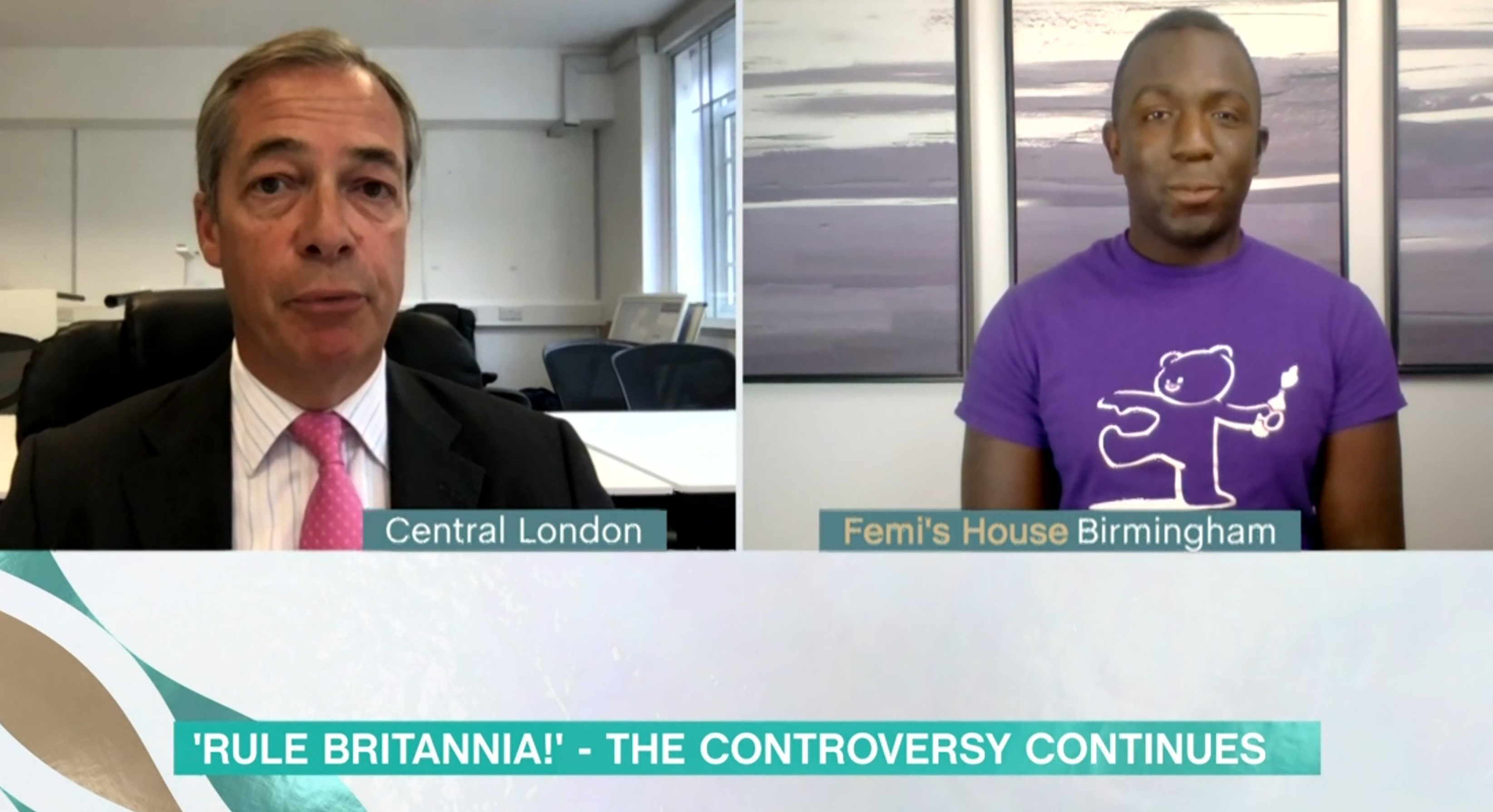 TV watchdog Ofcom today told The Sun Online that the moment, on 26 August, was the most complained-about moment of the past week.

The debate came in the wake of the BBC announcing it wouldn't let Rule, Britannia! and Land of Hope and Glory be sung – a decision it has now reversed.

But in a unusually fiery interview on the This Morning, Farage and host Eamonn Holmes both challenged Oluwole, with the former Ukip leader calling him an "extremist".

It came after Oluwole said "most people don't care" about the song, insisting PM Boris Johnson had only commented on the row to "provoke a culture war to distract from everything he's done". 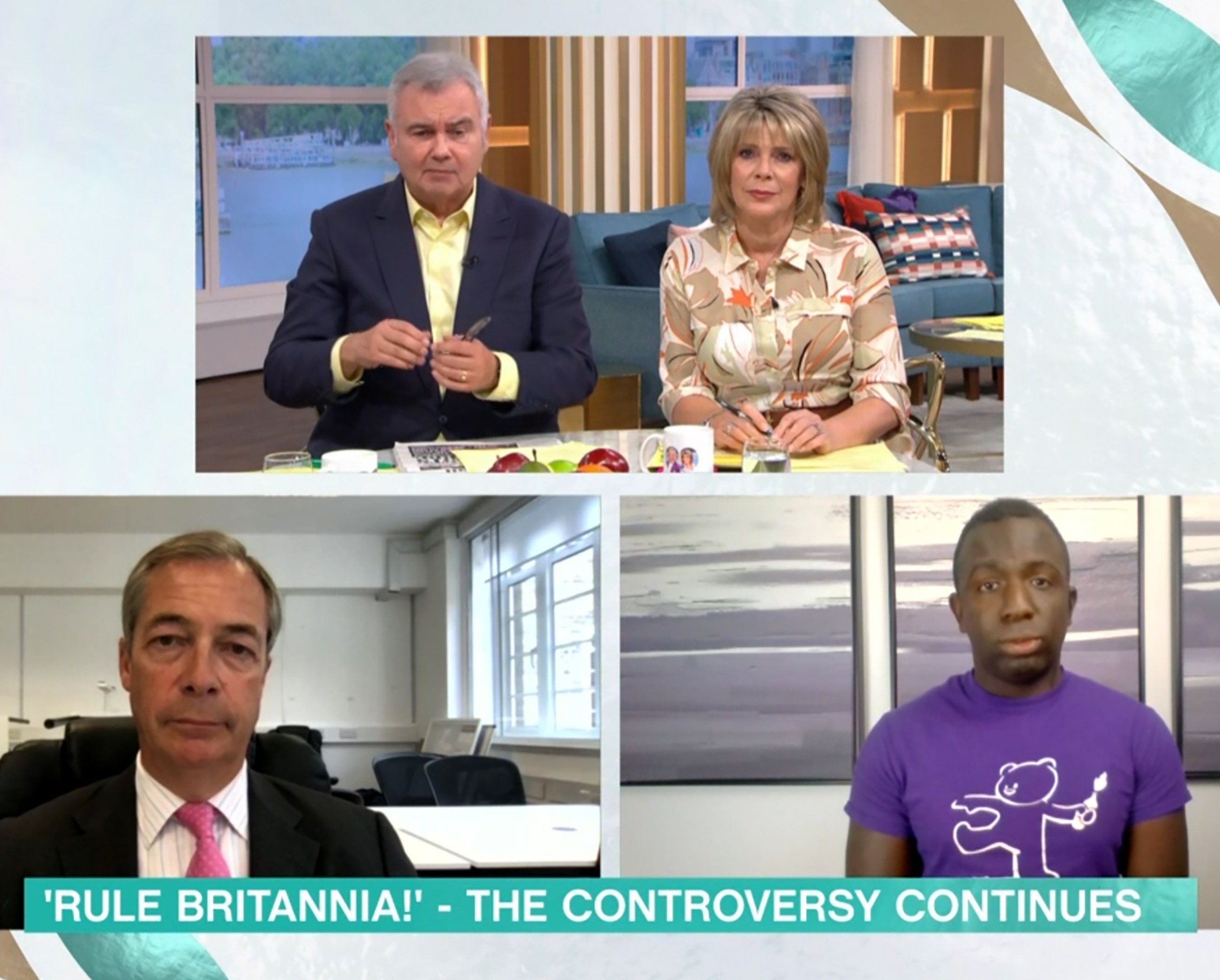 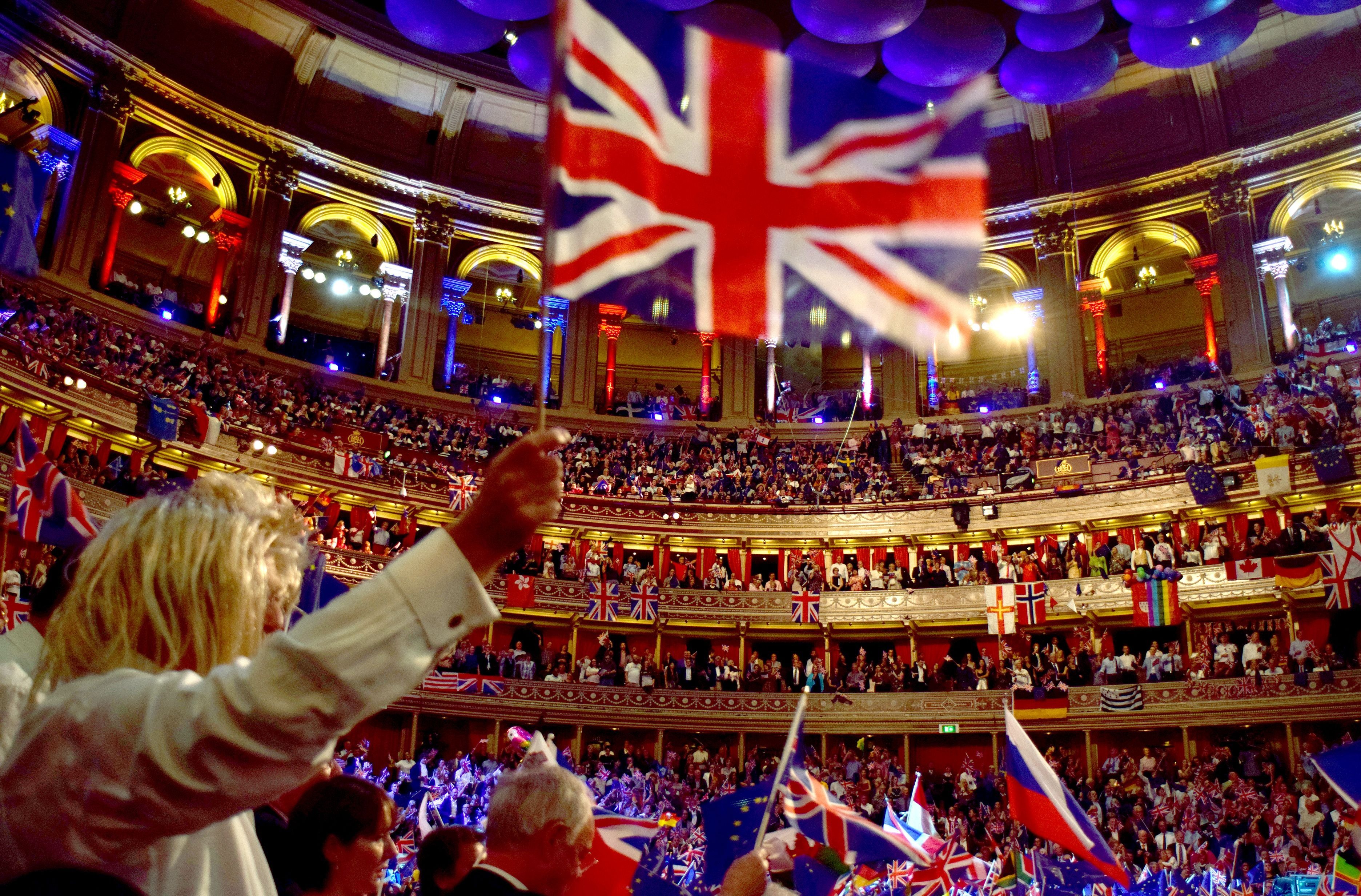 During the debate Farage noted that Femi campaigned against Britain leaving the EU saying: "It's very interesting isn't it, that people like Femi who were opposed to the result of the referendum, are the same people who want to denigrate this country, not just its history, but its present as well.

"If you're at home, getting angry at what Femi's saying, please don't. He represents a tiny extremist minority."

Oluwole complained that he kept "getting shut down" but Holmes told him: "You were booked on this show today to talk about your objections to Rule Britannia and Land of Hope And Glory.

"Now, if you don't have objections to them, let us know." 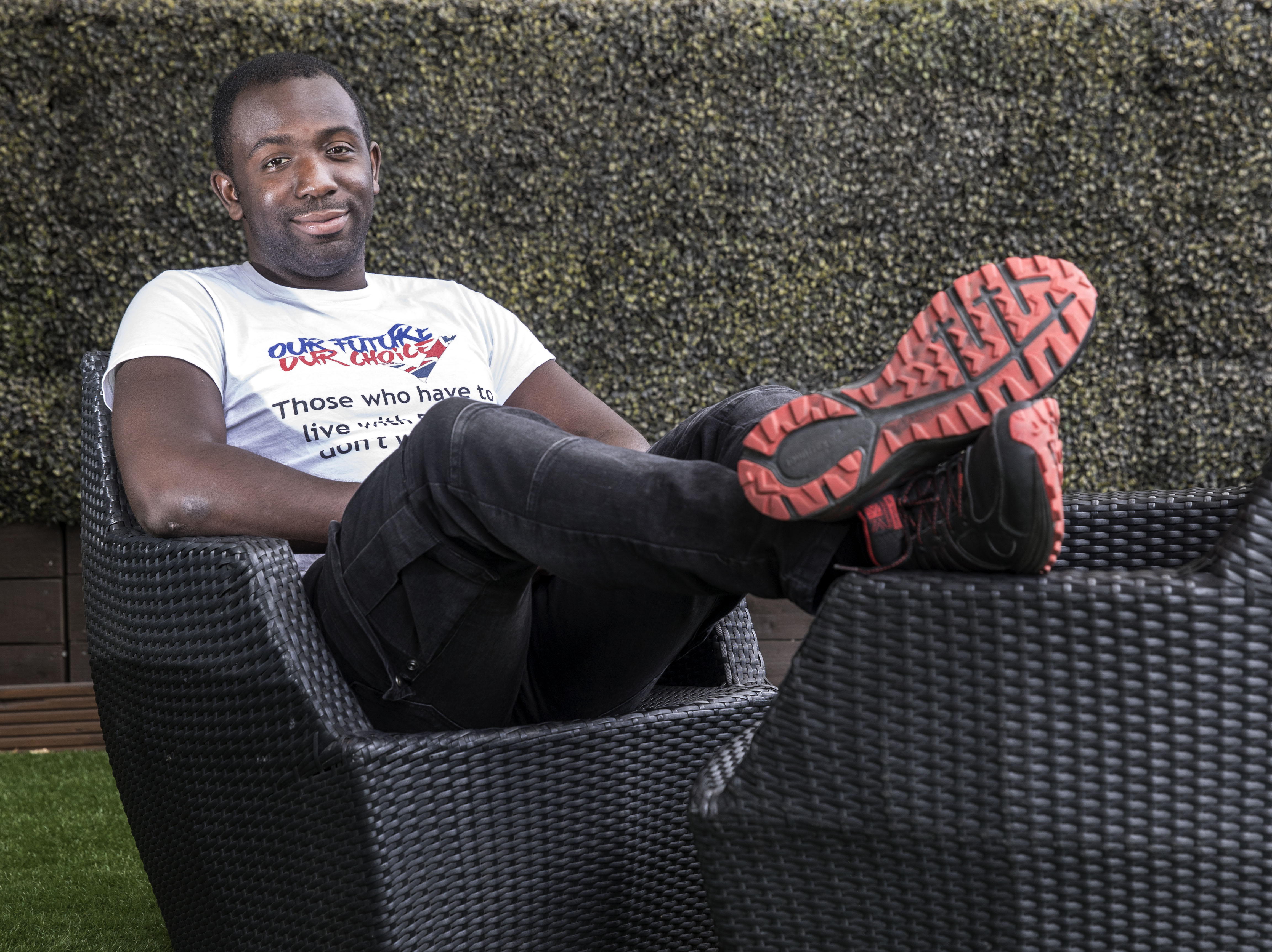 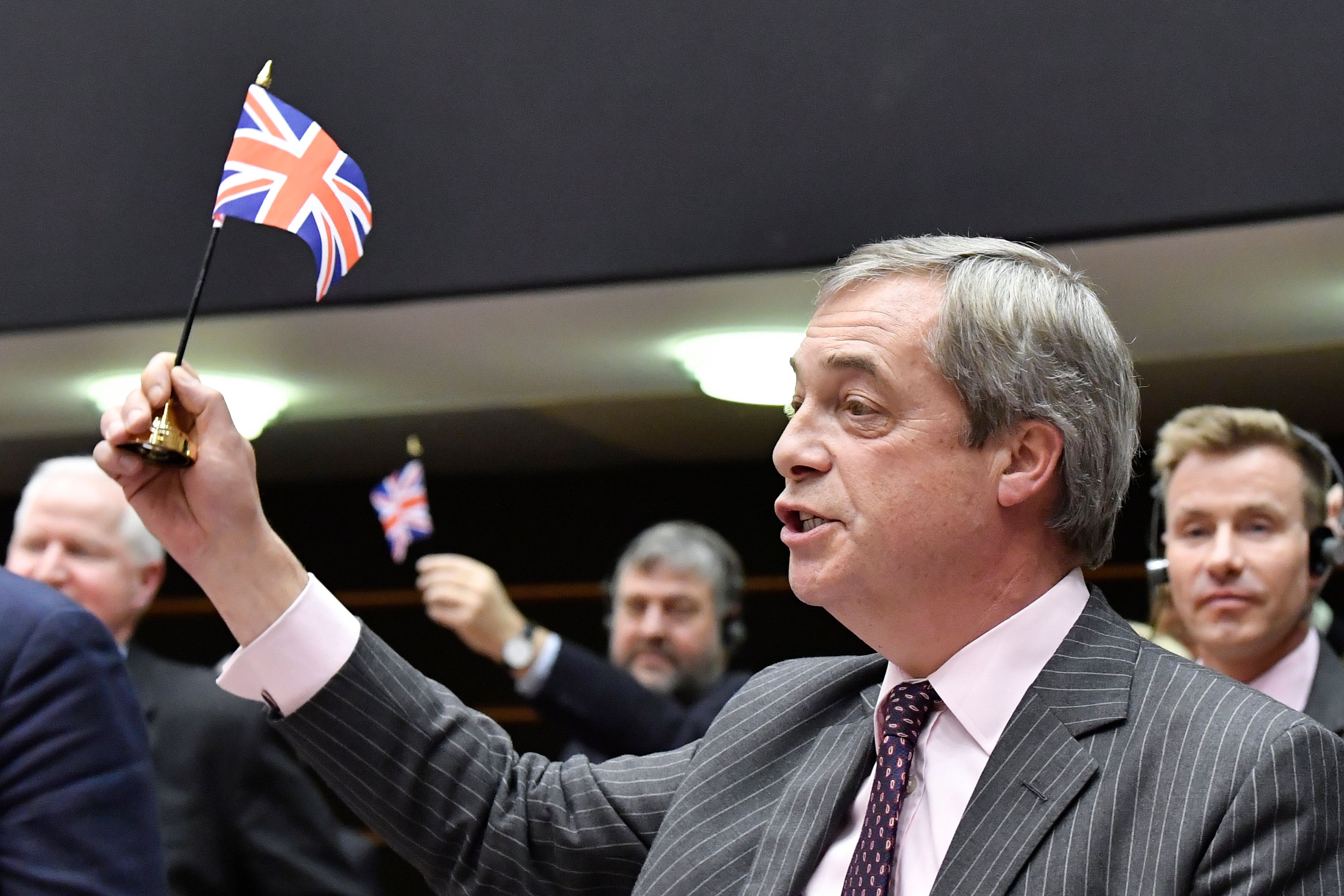 The host later read lyrics from the Irish national anthem and asked Oluwole if he had a problem with the word "slave" used in the song.

Some social media users had accused Holmes, 60, and Farage, 56, of "ganging up" on the 30-year-old activist.

One wrote: "Eamonn Holmes please stop, this is excruciating, asking a black man why he takes issue with the word ‘slave’ ???"

Another called it "so horribly uncomfortable to watch". 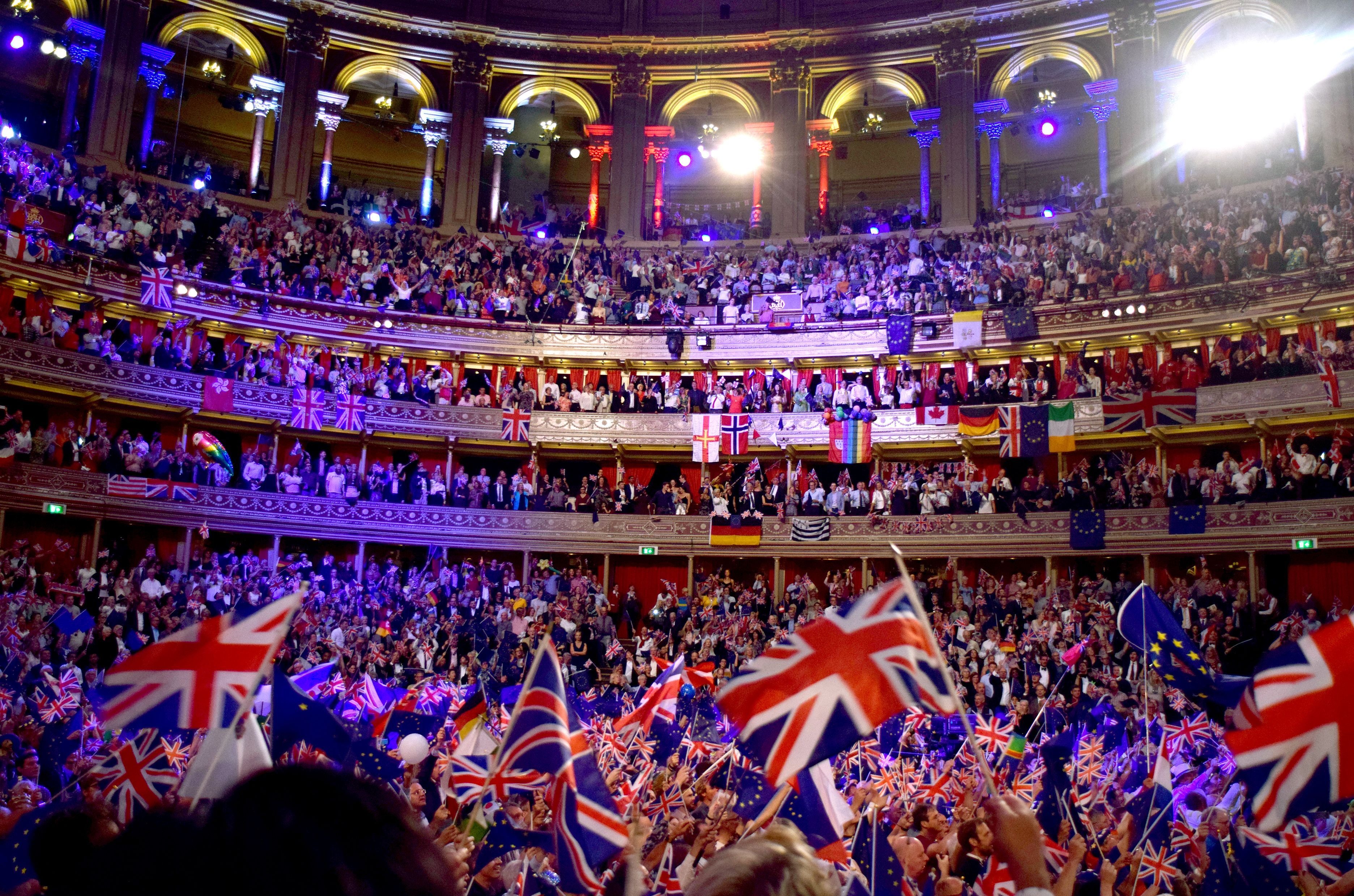 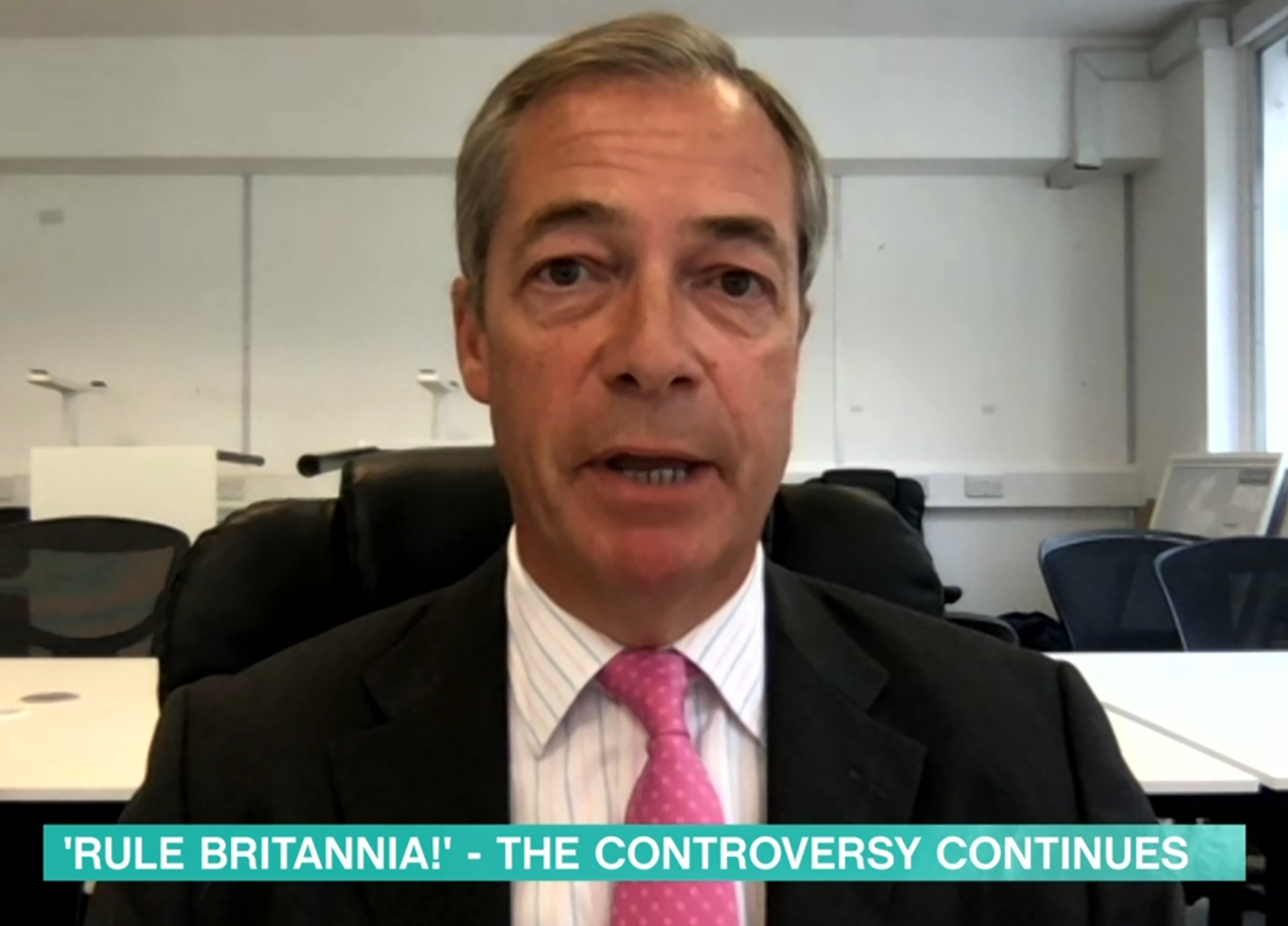 Farage addressed his opponent directly, saying: "I'd make this point to Femi.

"Rather than constantly attacking everything this country has ever stood for, can we agree that it's a very good thing that Britain did rule the waves.

Because for 50 years in the 1800s it was the British Navy that got rid of the slave trade, when all the other countries wanted to continue it.

"We are the one country in the Western world that fought hard, at massive cost in money and lives, to get rid of the slave trade." 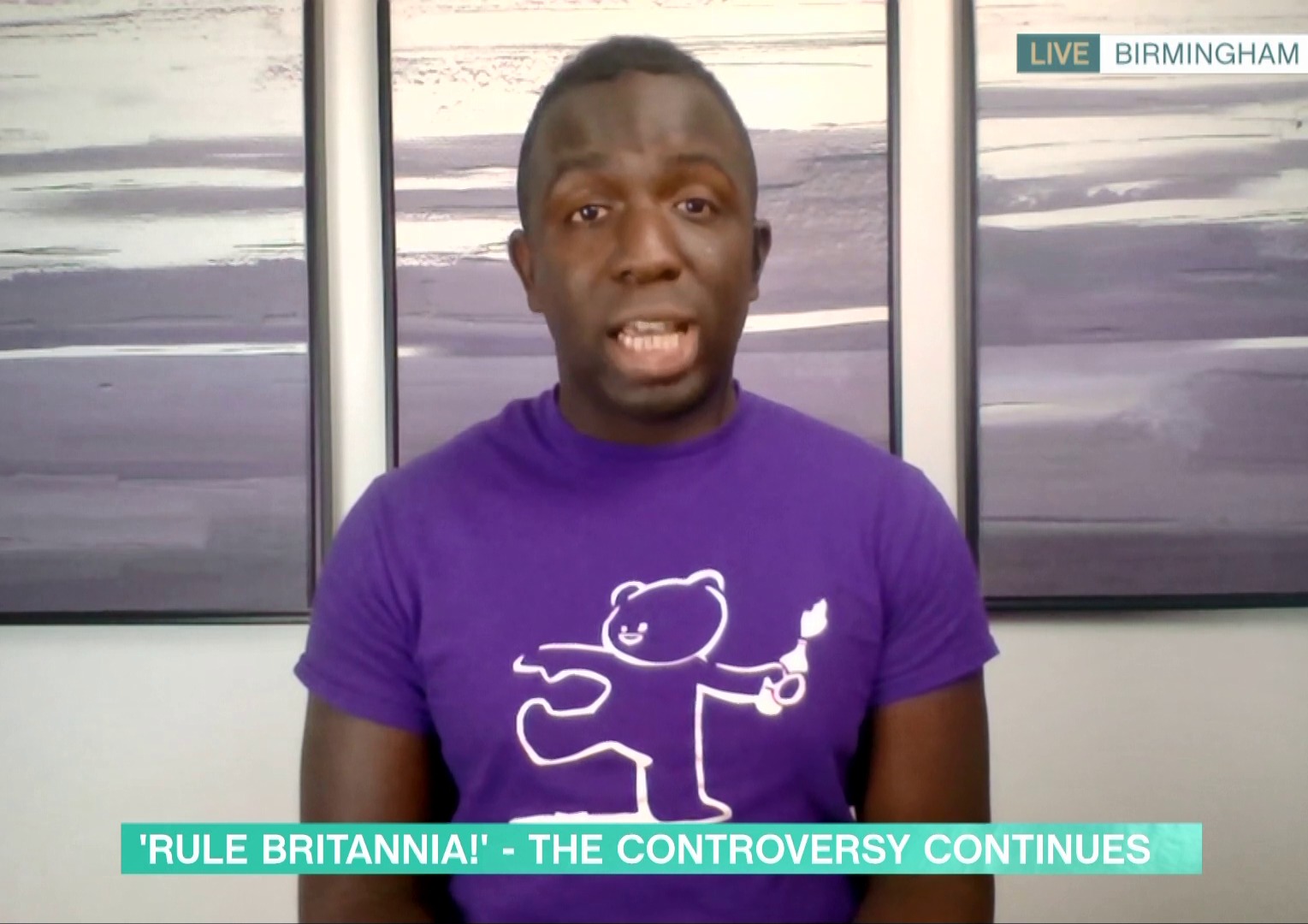 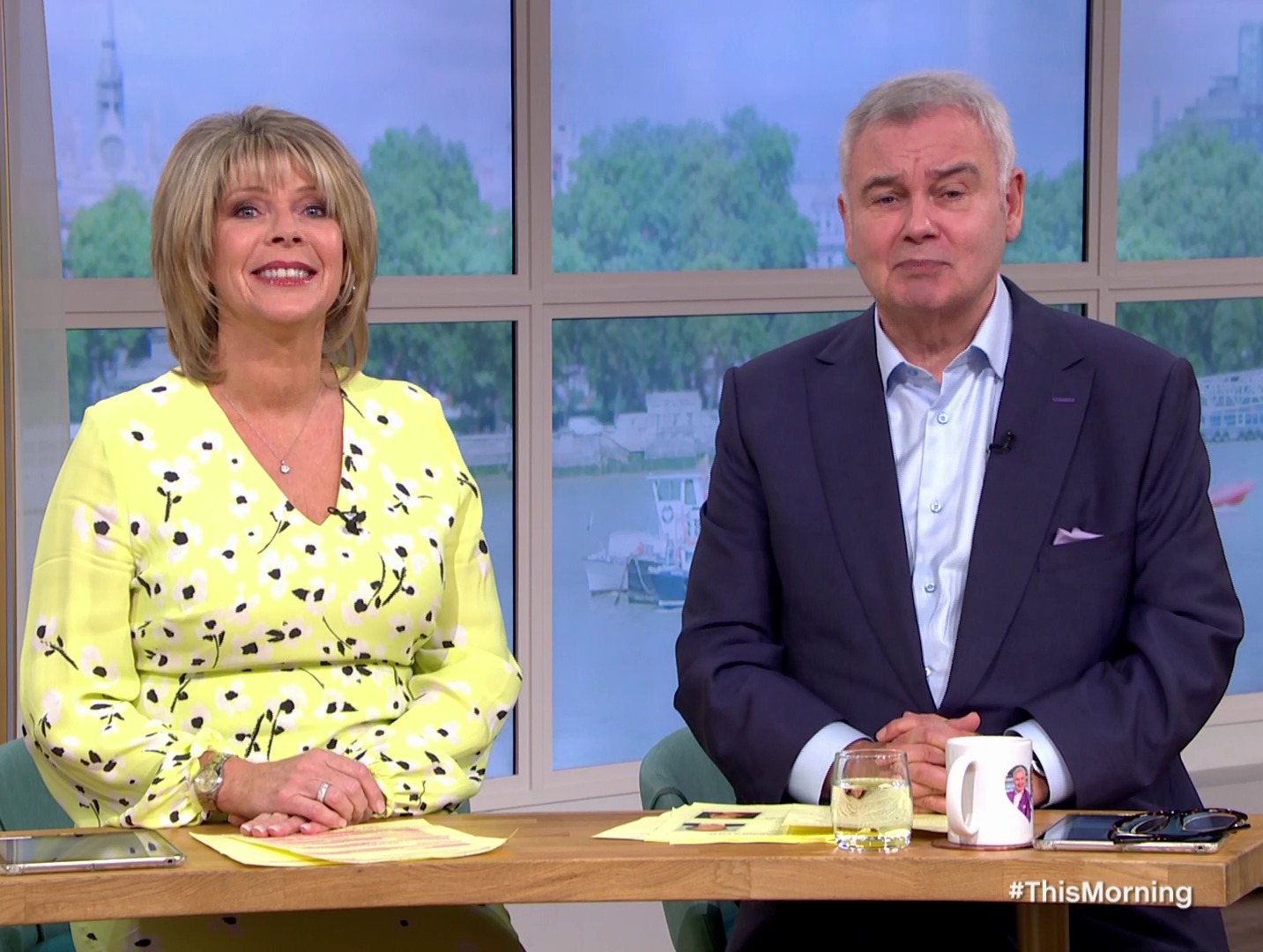 Oluwole said: "Well, to be honest, I'm not going to spend a lot of time on this argument that we needed to engage in slavery in order to end slavery."

He added: "I don't watch the Proms, most people don't really care about that song because we almost never sing it."

Oluwole is an anti-Brexit and Black Lives Matter campaigner and co-founder of pro-European Union organisation Our Future Our Choice.

Last week, the BBC said the decision to perform instrumental-only versions of songs including Rule, Britannia! and Land of Hope and Glory was prompted by Covid-19 restrictions.

However, a "select" group of singers will now perform the songs after all after a U-turn by the Corporation.